The Scot Who Challenged Stalin

February is LGBT History Month, where we celebrate lesbian, gay, bisexual and transgender history and the history of the LGBT rights movement. In this post, Dr Jeff Meek introduces two fascinating figures from our LGBT past.

Scotland’s LGBT history is filled with people who were courageous, dedicated and devoted to improving the legal and social conditions of LGBT Scots.

The Scottish Minorities Group, Labour MP Robin Cook and the Equality Network have, amongst many others, sought to fight for improved rights and equalities. Yet there are many more individuals whose deeds, words and actions have played small but significant parts in LGBT history.

They may not have been tireless campaigners for LGBT rights in Scotland, but their lives and actions impacted social attitudes towards Scots who sought to find their place within apparently hostile environments.

In this post I’ll introduce you to two of them.

When John Campbell fell ill with smallpox in a Renfrew lodging house in 1871, unexpected events were to follow.

The roots of the crisis lay in Kirknewton. There John’s wife, Mary Ann, had been hauled before the parish authorities for failing to disclose her husband’s ‘desertion’. She was pregnant, had been left to care for the couple’s two other children, and was reliant on poor relief.

What she revealed during this meeting was that John was born Marie, and the couple had married in church as man and woman. Their relationship had faltered, John left his wife and moved to Renfrew, motivated by a desire to start life afresh. Married life had not been what he, or his wife, had expected.

Settling in Renfrew John found work in the forge at Henderson, Coulborn and Co., a local shipbuilding firm. General view of Renfrew as it would have looked in around 1880.

In Renfrew, John lodged with the Early family. He was always eager to help out Mrs Early with household tasks and became a favourite resident at Pinkerton Lane.

When John developed a sudden illness, this caused considerable worry for Mrs Early. So much so, that she contacted the local doctor despite John’s protestations. The doctor, on close examination, announced that John was born female.

Word soon reached Kirknewton of this ‘extraordinary fraud’. The parish authorities, who had been initially dismissive of Mary Ann’s claim, sent a delegation to the hospital in Paisley.

A Revelation in Renfrew

Amongst those who attended was John and Mary Ann’s best man, Will Waddell. On seeing his guest arrive John, now resident in a female ward and referred to as Marie, exclaimed: “Is that you Will Waddell? How’s the wife an’ bairns?”

When questioned, John claimed Mary Ann had known all about the ‘disguise’ and this was an attempt to deflect gossip. Mary Ann however, claimed she had married in good faith, and the revelation had only occurred after the wedding.

This explanation did not account for why John had apparently been happy to raise another man’s children as his own.

Whatever the truth, Marie Campbell, alias John Campbell, had embarked on an extraordinary career from an early age. Marie’s older brother, on his deathbed, had advised his sister to make her way in life as a man, for a woman’s lot was not a happy one.

An alternative reason was given by Marie that referred to abuse at a young age and for her own state of mind and security she attired and lived as a man. It’s impossible to determine exactly if John was a trans man, or a gay woman, but he certainly felt more comfortable and authentic living as a man.

Despite the shock that the revelations brought to those who knew John Campbell, few had scornful words. His former colleagues in Renfrew started a subscription to support him stating that “a more kindly and obliging worker never was engaged in the yard”. The Earlys, particularly Mrs Early, thought of John with such fondness that she could not condemn him.

Yet, most people who knew John Campbell continued to remember fondly, the young man who had touched their lives.

When Harry Whyte died in an Istanbul hotel in 1960, few people would have noted his passing.

A journeyman reporter, Harry worked in his native Scotland, England, the Soviet Union and Turkey. Yet Whyte, the son of a house painter from Edinburgh, occupies an interesting position in the LGBT rights movement, but not in Scotland. In fact Whyte campaigned for the acceptance of same-sex relationships in the Soviet Union during the 1930s. Whyte was ‘the Scot who challenged Stalin’. Whyte was a pupil of George Heriot’s School in Edinburgh.

Whyte had moved to the Soviet Union during the early 1930s taking up a position with the Moscow Daily News. While in Moscow, Whyte began a relationship with a Moscow man. However, after Stalin’s recriminalisation of homosexual acts, his lover was arrested during a public clampdown on ‘sexual immorality’.

This arrest, coupled with Whyte’s growing unhappiness with Stalin’s increasingly vice-like grip upon Soviet society, prompted the Scot to write a lengthy letter to the Soviet leader. Whyte argued that homosexuality was conducive to communism.

Stalin was unconvinced by Whyte’s argument, sending it to the archives with a scribbled note, ‘an idiot and a degenerate’. Stalin’s dismissal of Whyte’s pleas for tolerance marked an end to his stay in the Soviet Union. 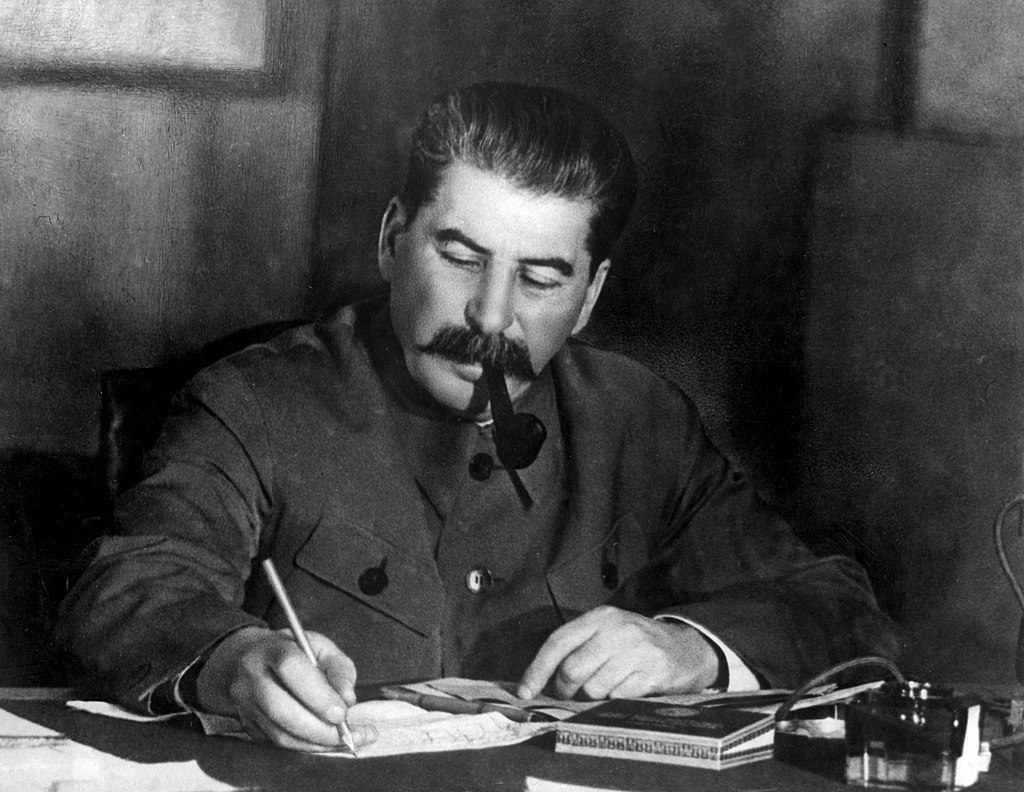 Harry Whyte appealed to Stalin to reverse the recriminalisation of homosexual acts in Russia.

Whyte returned to Britain unaware that he had been monitored by the British intelligence services for a decade, an interest that would continue until his death.

By the spring of 1938 Whyte was again on his travels, this time to Morocco where he engaged in low-level spying on German and Italian nationals for the British Tangier Secret Intelligence Service.

In December 1941 Whyte was called up, achieving a position as a temporary acting leading coder on the Arctic convoys. His fluency in several languages outweighed any concerns over his communist sympathies and homosexuality.

However, when the war ended the British intelligence services resumed their monitoring of Whyte. His dissatisfaction with the direction of communism, and his frustration with legal sanctions directed at homosexuality might explain his constant movement. By 1950, he was working for Reuters as a freelance correspondent in Turkey.

Life on the Move

Whyte never appeared comfortable as a gay man living in Britain.  Interestingly, he was more open about his sexuality whilst living in a nation governed by a dictator. In Tangier and Ankara he was much more confident and relaxed, involving himself in LGBT circles.

Family members knew very little about Whyte’s life and when he died in 1960, aged 53, mystery surrounded his demise. Some family members believed he had been shot for spying, others that he had taken his own life.

In fact, Harry died suddenly while attending a social event in Istanbul. He left an estate of just £1 to his Turkish partner and was buried locally.

Whyte is an almost unknown figure in the history of LGBT rights, but his courage in challenging Stalin over homosexuality, and the great personal risk he took advocating sexual liberty under communism positions him as one of Scotland’s earliest LGBT rights advocates.

Jeff Meek is a lecturer in Economic and Social History at the University of Glasgow. His book, Queer Voices in Post-War Scotland: Male Homosexuality, Religion and Society was published in 2015.