Lady Margaret Crawford suffered domestic abuse at the hands of her “unnatural and unkynde husband”. Megan Gordon of Scottish Women’s Aid reflects on what has changed in 400 years for the women of Scotland who experience domestic abuse.

The compleaner, being sitting with him at supper in the place of Neuwarke…he, without anie cause of offence done be her to him in word or deid…strake [her] with his faldit neiffes [fists] upon the face, to the effusion of her blood and hazard of her lyffe, [then] she was carried to her chamber…and was keeped without comeing in public for the space of halfe ane yeere.”
– Testimony of Margaret Crawford, Register of the Privy Council of Scotland, 1636.

He dictated my life…No one was welcome in the house…he was very jealous of them…I didn’t argue because I’d learned not to. I’d become stifled…[on one occasion] he got me by the scruff of the neck and dragged me through the house and then physically threw me out. I was black and blue all over…I became so downtrodden that I couldn’t remember my own personality.”
– Extract from a survivor’s story, shared with Scottish Women’s Aid, 2018.

These are both testimonies from survivors of domestic abuse, taken almost 400 years apart, and yet the similarities between their experiences are striking. New interpretation telling the story of Newark Castle goes on site this spring, which will detail the history of horrific domestic abuse at the site. Scottish Women’s Aid was asked to provide its expertise and guidance on the topic and I was moved to read the experiences of one of the castle’s residents.

Newark Castle during the 1600s was home to Margaret Crawford and her husband Sir Patrick Maxwell. The records tell us that Margaret suffered domestic abuse from her “unnatural and unkynde husband”. For Margaret then, as for women today, the abuse is often persistent, and can take many forms. 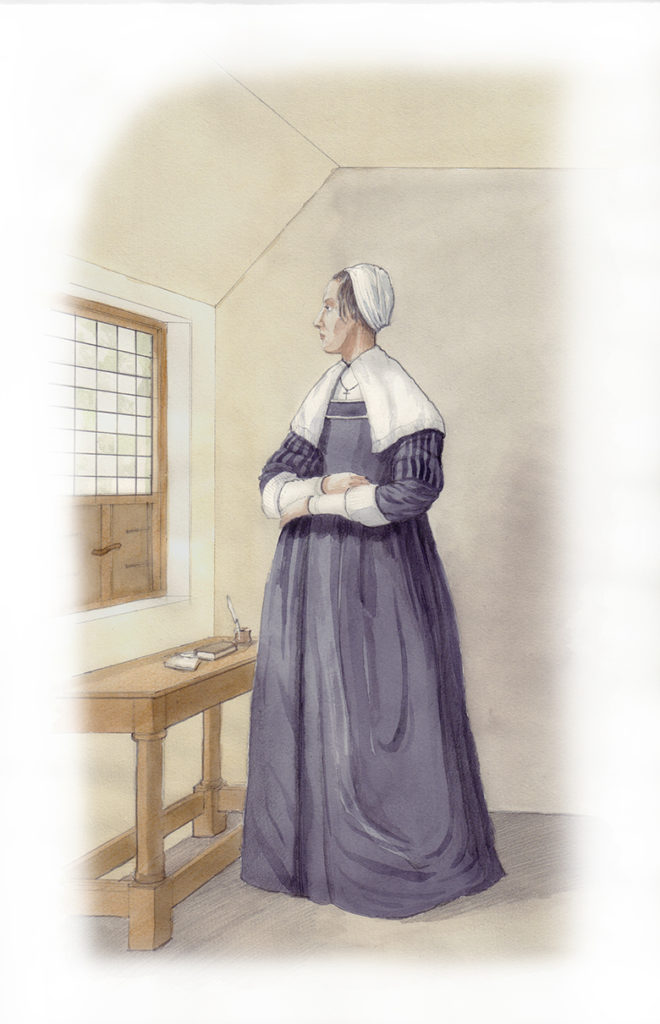 Margaret Crawford, imagined by an artist for the new interpretation panels at Newark Castle.

Domestic abuse is a pattern of controlling, coercive, threatening, degrading and/or violent behaviour, including sexual violence, by a partner or ex-partner. It is abuse that is overwhelmingly experienced by women and perpetrated by men. This was true in Margaret’s day and it’s true now.

Domestic abuse has never been about just physical violence

Along with being shockingly violent, Patrick would berate Margaret and put her down, even in front of guests. He was unkind, spewing scornful rants at her – the mother of his sixteen children. He would lock her in her bedchamber, depriving her of contact with the outside world. He controlled what she ate and drank – “nothing bot half ane oat loaffe and some small drinke” each day.

This constant wearing someone down and the need to control everything from their eating to their public interactions is something we still see today. Indeed, women have told us for decades that this type of controlling abuse is the most difficult to recover from.

With those women’s experiences in mind, we produced the following video in collaboration with Media Co-Op. It shines a light on the many forms domestic abuse can take – it has never just been about physical violence.

When we talk about domestic abuse, we often hear the question ‘why didn’t she just leave?’ To this we say: why should it be that a woman and her children, having experienced horrific abuse, should be the ones who need to leave their homes, their belongings, their pets and their communities behind in order to seek safety? 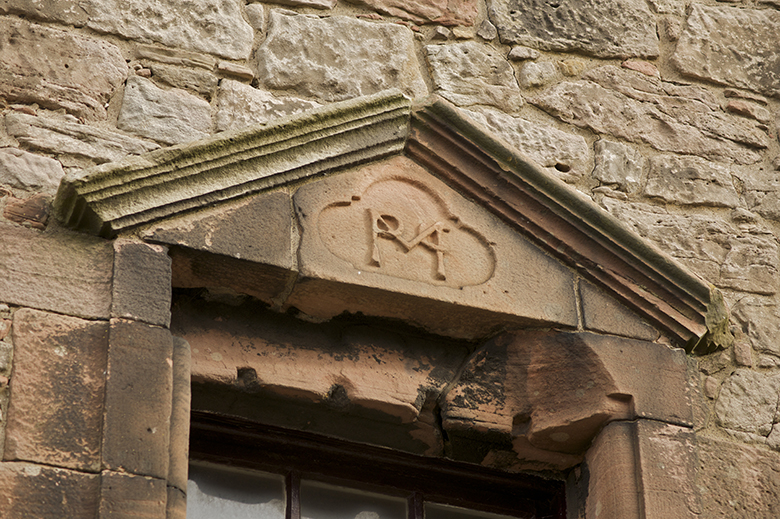 A carving above a window at Newark Castle. The design incorporates the initials of Patrick Maxwell and Margaret Crawford.

When we look at Margaret’s story, we read that she escaped in 1636 to Dumbarton.  She remained there for the rest of her days “comfortless and moyenles [without means].” For women today, they face the same scenario – particularly if they have experienced financial abuse. Many women flee with no possessions, no money and nowhere to go. Indeed, domestic abuse is the number one cause of women’s homelessness in Scotland today. We continue to call for action to change this.

Following Margaret’s escape, Patrick was deemed too old and ill to travel. This meant he was never brought to answer to the charges against him.

Similarly, many women today live without ever seeing justice for the domestic abuse carried out against them. However, this is one area we have made some progress. As of April 2019, Scotland has a world-leading law on domestic abuse. It is an innovative piece of legislation which criminalises coercive and controlling behaviour. It means that the law, finally, reflects what women tell us about their experiences of domestic abuse – that it’s not just one off physical incidents, but a sustained, pattern of behaviour and that the impacts are long-lasting.

We’re in the early days of implementing this new law in Scotland. But already we’re seeing increased demand for Women’s Aid services as more awareness is raised about coercive control. Women are telling us that finally they feel like the law can do something about what they’ve experienced. They can finally name what has happened to them as abuse.

So, the picture is changing and we’re thankful for that, but the work is not done. There are still lots of myths and misconceptions around domestic abuse and other gender based violence. We also need to improve the ways women can access housing, specialist services and the justice system. At Scottish Women’s Aid, we’re working for a future with no domestic abuse. We owe it to Margaret Crawford – and the hundreds of thousands of women who have experienced the same since – to keep working to make that vision a reality.

Help and support is available for anyone experiencing domestic abuse, or those concerned about someone else. Scotland’s Domestic Abuse and Forced Marriage Helpline is available 24/7 on 0800 027 1234.  You can also contact your local Women’s Aid group. 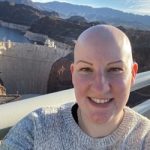