Heritage, Year of Coasts and Waters

HMS Unicorn: The most original old ship in the world

Proudly docked in Dundee, HMS Unicorn is one of the oldest ships in the world. On National Unicorn Day, jump aboard this unique survivor from the golden age of sail.

HMS Unicorn is a remarkable survivor with a unique story to tell. Launched 196 years ago last month, Unicorn is a rather special ship with an impressive and curious history.

The Unicorn, of 40 guns, from Chatham Dock-yard on the 30th of last month; she is ordered to be docked, to be coppered, and put in a state of ordinary. 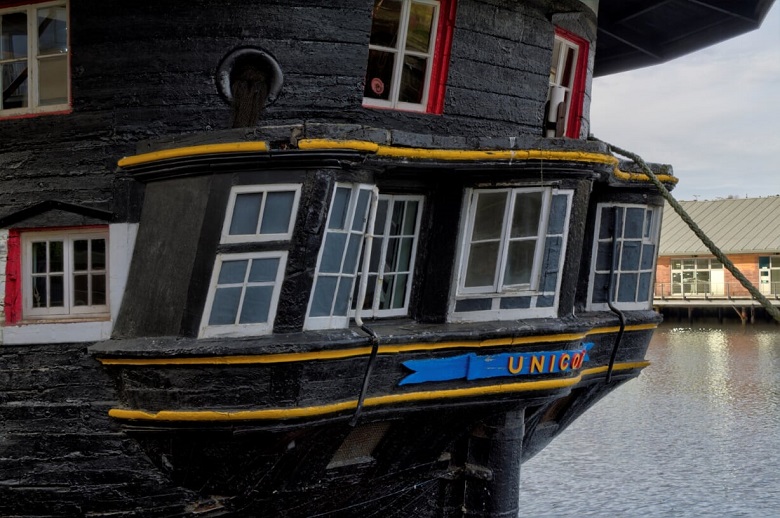 In all, forty-seven Leda-class frigates were built between 1805 and 1832. They were intended as fast and powerful vessels. With a typical speed of 13 knots, they were perfect for patrol missions, trade escort and supporting the fleet’s ‘line-of-battle’ ships.

Very few survived into the 20th century. Out of the forty-seven only two remain today: HMS Trincomalee (1817) in Hartlepool, and HMS Unicorn.

As a ‘fifth-rate’ frigate, denoted according to the number of guns aboard, HMS Unicorn possessed 46 guns in total. A ‘first-rate’ ship would have had over one hundred. 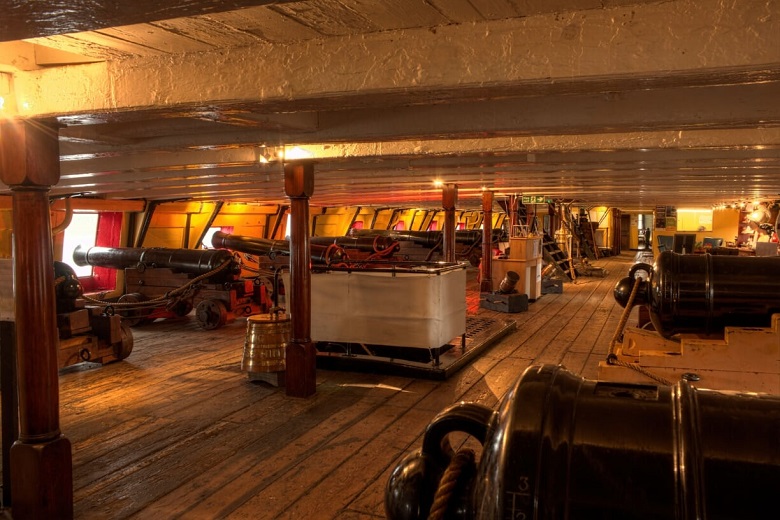 Designed by Sir Robert Seppings (Surveyor of the Navy between 1813 and 1832) and built during the Industrial Revolution, Unicorn is a unique example of the transition from wooden warship to iron.

Consequently, she has a number of exceptionally unique features including her rounded stern, wrought iron riders and wrought iron knees (if you’re not sure what these are then you really must pay us a visit!).

HMS Unicorn the only remaining ship in the world with this particular combination of iron and wooden elements in her build. 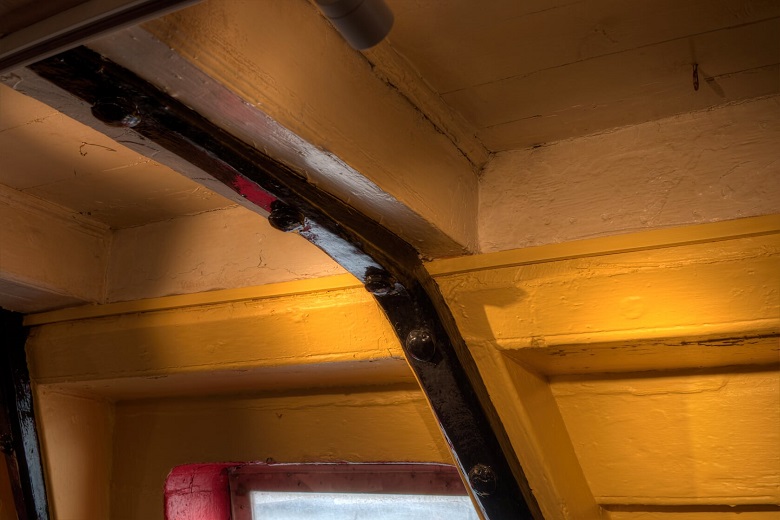 A roof over one’s head…

By the time HMS Unicorn was completed, ‘Pax Britannica’ (the long era of peace in Europe from the end of the Napoleonic Wars to the outbreak of the First World War) had begun, so she wasn’t required for service.

But as a survivor from the early 19th century, HMS Unicorn is incredibly rare. This is largely thanks to protection from the roof that we see today.

It was actually fitted in 1824 to protect the hull from rainwater – a common practice then and one which means that HMS Unicorn is the only 19th century ship placed in ‘ordinary’ (or reserve) that still exists today.

This protection from the elements has ensured that she is the best-preserved Georgian warship still in existence (over 90% original). 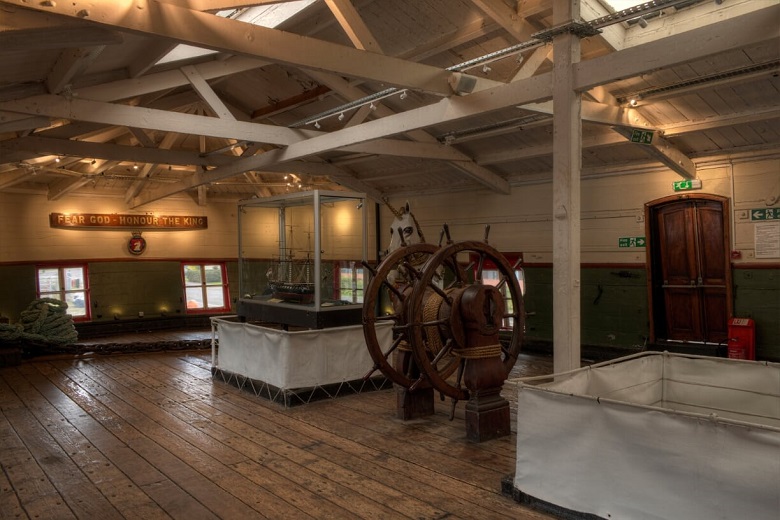 As well as being Scotland’s oldest ship, she is the fourth oldest British ship in existence, after Mary Rose (1511), HMS Victory (1765) and HMS Trincomalee. After USS Constitution (1797) and Trincomalee, she is also the third oldest still afloat in the entire world.

In terms of HMS Unicorn’s Tayside history, she made her way to her adopted city in 1873, under the tow of HM Paddle Sloop Salamander. At nearly 200 years old, the ship is one of the oldest structures in Dundee. 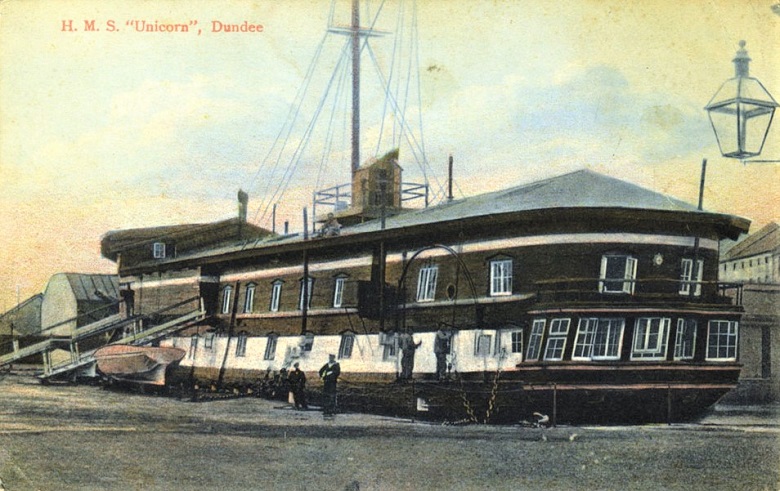 A postcard dating from circa 1906

Whilst she never sailed, nor took part in any naval battle, HMS Unicorn‘s story remains compelling. It’s equally as revealing as those of her more famous contemporaries. You can head over to the HMS Unicorn website to read more about the ship’s history.