Christina Bruce and Her Defence of Kildrummy Castle

To start Scotland’s Year of Stories 2022, we’re heading to Aberdeenshire to tell the tale of Christina Bruce and her defence of Kildrummy.

In 1335 Christina Bruce looked out from Kildrummy to see the 3,000-strong army of David Strathbogie, there to besiege the castle. Inside, she had only 300 men with which to defend it.

What happened next was a significant event in the Second War of Independence, but how did Christina get involved? Find out more about this little known defence of Kildrummy Castle in our first blog celebrating Scotland’s Year of Stories 2022. 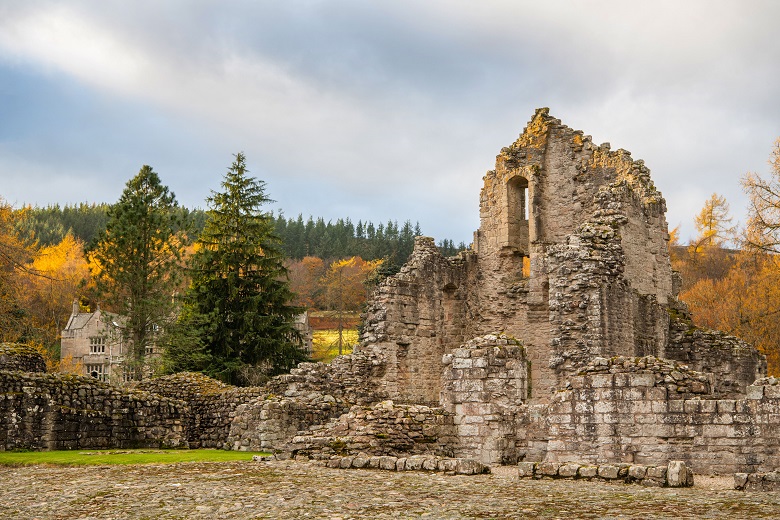 Who was Christina Bruce?

Christina was the sister of King Robert I. After his inauguration in 1306, during the First War, the Bruces scattered to avoid Edward I’s soldiers but her husband, Sir Christopher Seton, was caught and ‘drawn and hanged for rebellion’. 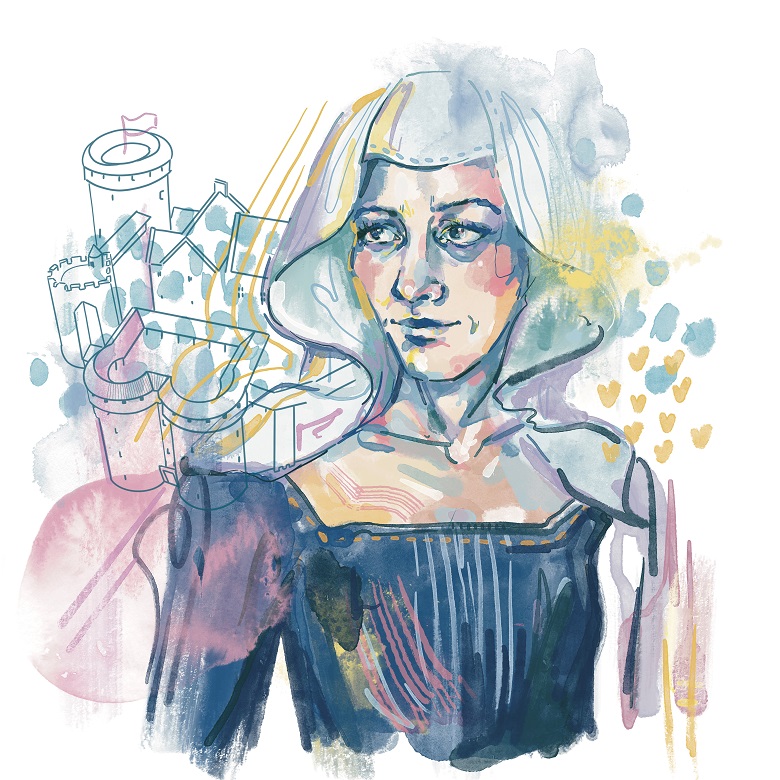 Christina Bruce, with Kildrummy Castle in the background, illustrated by Jacqueline Briggs

Christina fled but was captured and imprisoned at Sixhills nunnery in Lincolnshire. She wasn’t released until Robert’s victory at Bannockburn in 1314. In 1326 Christina married Sir Andrew Murray of Bothwell, and later she became keeper of Kildrummy Castle in Aberdeenshire.

Although the First War ended in 1328, conflict soon broke out again. Disinherited nobles – Robert’s enemies whose lands and titles he had given to his loyal supporters – returned in 1332. By late 1335, only five fortifications remained under Bruce control, one of which was Kildrummy. This was when Strathbogie, the disinherited earl of Atholl, besieged the castle. 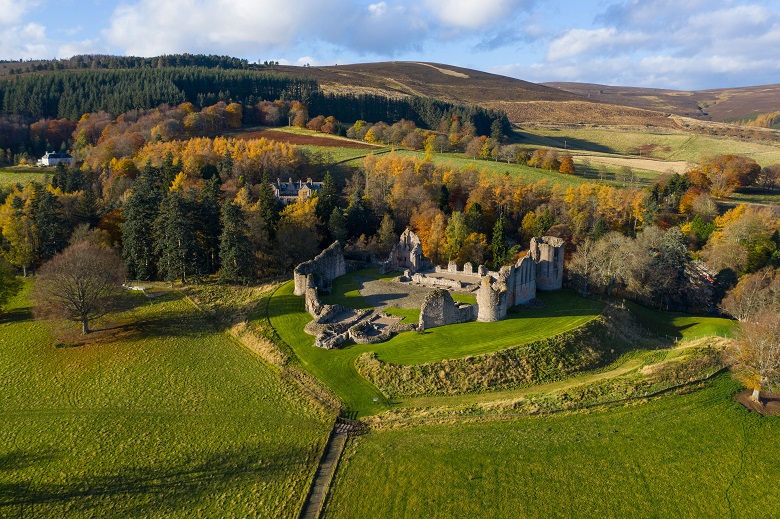 it is impossible to grasp from a brief account how many tyrannical and cruel acts this earl perpetrated against the people. For some he disinherited, some he imprisoned in dungeons, some he even banished and murdered; and in the end he ordered the destruction of all freeholders of the land without fail. But, as it is said in the proverb:

A prize disgracefully won does not bring good results,

because when God was wanting to put an end to his evil deeds, Atholl finally began to besiege the castle of Kildrummy.

Another chronicler, Andrew Wytnoun, wrote how Christina ‘maid stout and manly resistens’ against Strathbogie, whose ‘gret cumpany’ her men chased beyond the castle:

Now ga we to þe Erll Davy,
That semblit till him gret cumpany,
And raid rudely oure all þe land
Sum quhile, men said, with thre thousand;
And sa till assege Kindrummy
He schupe him [advanced] with his men stoutly.
Thare Dame Cristiane þe Brufs wiþin,
That thocht to lat [prevent] him in to wyn,
Maid stout and manly resistens,
And wichtly [bravely] set for hir defens,
And oftare [more often] chasit þaim without
Than þai did þaim within, but dout.

Christina was brave, bold, and capable in organising the castle’s defence. She made good use of Kildrummy’s shield-shaped plan, its high curtain walls with tall towers at the corners, and its location backing on to a steep burn. She sent men out to skirmish with the attackers and probably had arrows fired onto them from the castle walls. 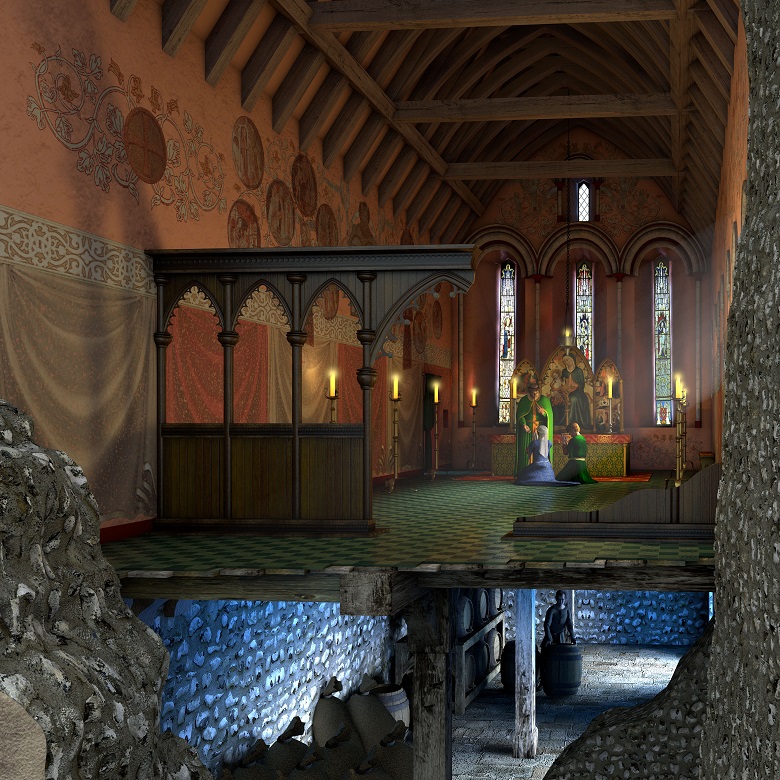 Christina’s role in warfare was linked to women’s responsibility for looking after the home and the wider estate. Noblewomen were expected to know how to formulate strategy and use human and monetary resources to defend their castles. Her experience in managing her own household – organising administration, expenses, and staff – enabled her to direct her men to fight off Strathbogie’s attack.

Murray heard about the siege and rushed with 800 knights to relieve his wife. He met Strathbogie in battle at Culblean some 20 kilometres south, where Strathbogie was defeated and killed on 30 November 1335. This battle was important, turning the war back in favour of the Bruces. Christina had held back Strathbogie’s forces until Murray arrived and defeated the powerful Disinherited leader. 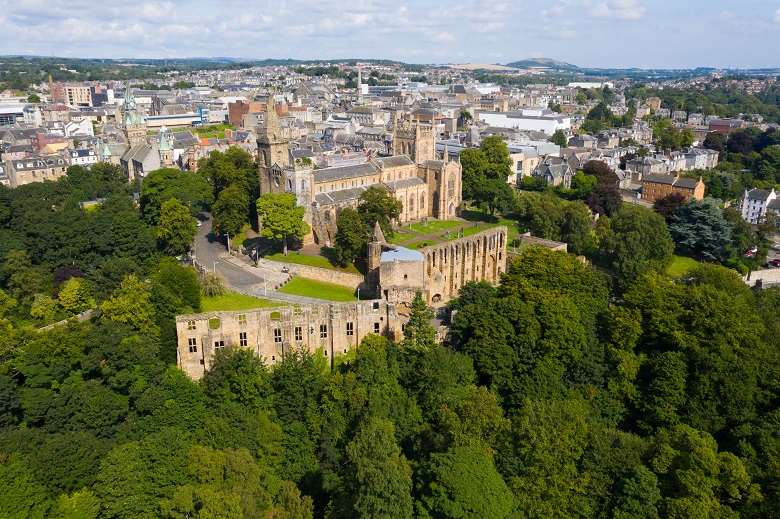 Christina continued to hold Kildrummy until at least 1342, when her nephew David II and his wife Joan visited there. She died in 1357, the same year in which the Second War of Independence ended. Though buried at Dunfermline Abbey alongside Robert I and other family members, she remains best known for the defence of the castle some 135 kilometres north.

Kildrummy Castle is currently closed for the winter season but you can find out more about its history and plan a summer visit on our website. You can get detailed information, timelines and suggestions for further reading by downloading our Statement of Significance.

We’ll be posting to the blog throughout Scotland’s Year of Stories, bringing you epic tales, poetry and more inspired by Scotland’s history and historic places. Be sure to subscribe to the blog to get the latest posts straight to your inbox!