What links the Queensferry crossing, the oldest building in Edinburgh and a car park in Dunfermline? We explore the life of one of the most important figures in Scottish history: Saint Margaret.

Sometimes known as “The Pearl of Scotland,” Saint Margaret is one of the most revered figures in Scottish history. But how much do you know about the exiled English princess and Scottish queen?

Did she arrive in Scotland by accident?

Margaret was born in Hungary around 1045. Her father was Edward the Exile, an English prince who, together with his father, King Edmund, was banished from England by King Cnut. 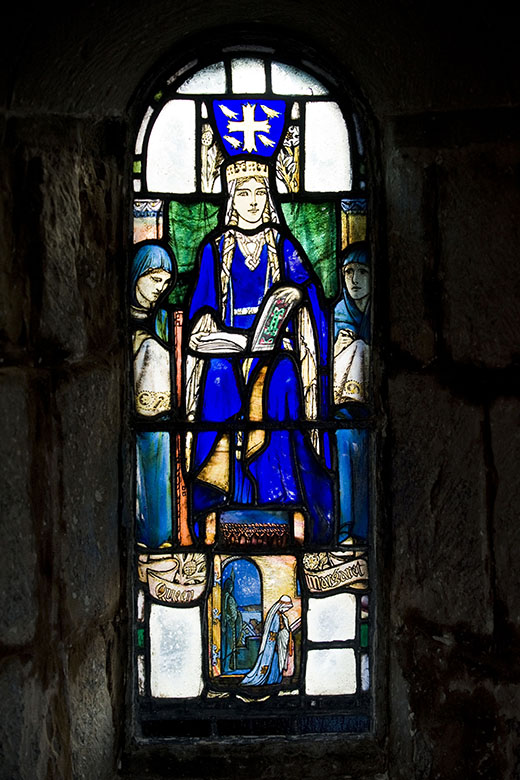 In 1057, Edward was named as an heir to the English throne. He left Hungary with his wife Agatha, son Edgar and daughters Margaret and Christina. He died very shortly after arriving in England, his family left residing in the royal court.

The Norman Conquest of 1066 forced the family to flee to Northumbria. From there, Agatha planned to return with her children to the continent.

Legend has it that a storm forced their ship to re-route to the Kingdom of Scotland. The spot in Fife where it landed is today known as St Margaret’s Hope.

She had eight children, including three kings of Scotland

Having landed in Scotland in 1069, Margaret’s family sought protection from King Malcolm III.

Although it has been suggested that Margaret wished to enter a religious life rather than a royal marriage, by 1070 her wedding to Malcolm had taken place in Dunfermline. 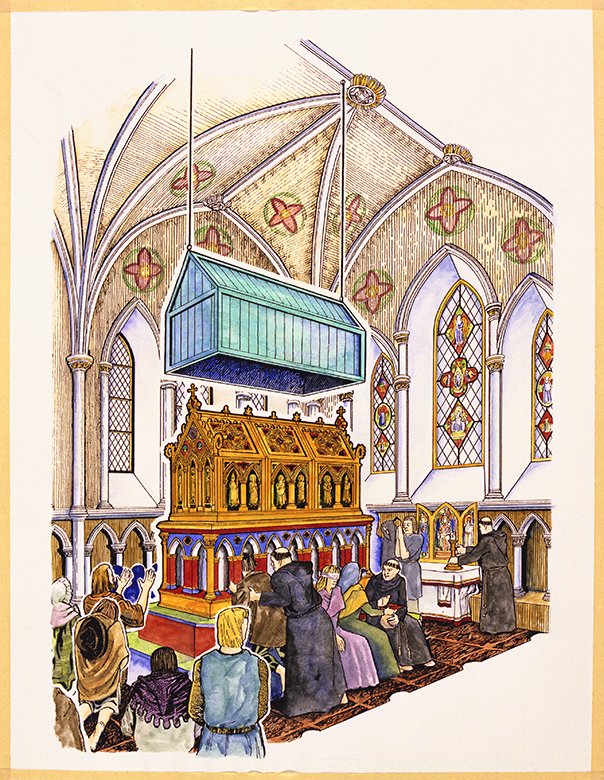 The 23-year marriage produced six sons and two daughters. Three (Edmund, Alexander and David) went on to be Kings of Scotland.

Margaret’s eldest daughter, Matilda (also known as Edith or Mold), was crowned Queen of England at Westminster Abbey when she married Henry I in November 1100. Like her mother, Matilda was engaged in considerable charity. This led to the epithet “Mold the Good Queen.”

She established a free crossing of the Firth of Forth

Margaret was an incredibly pious Roman Catholic. One of her most significant achievements was to establish a crossing point on the Firth of Forth for pilgrims on their way to St Andrew’s Cathedral.

Boats worked the “Queen’s Ferry” from the 11th century all the way through to 1964, when the Forth Road Bridge was opened.

The villages at each side of the crossing, North Queensferry and South Queensferry, take their names from Margaret. 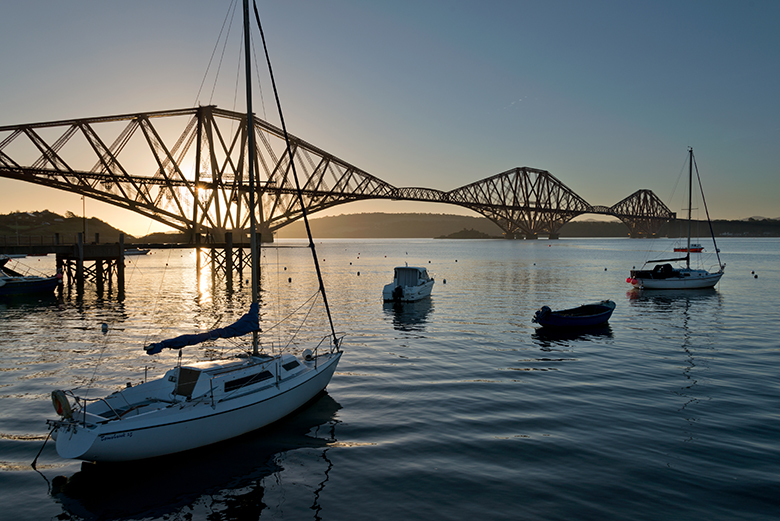 She invited Benedictine monks to Dunfermline

Margaret was herself a frequent user of the Queensferry crossing, travelling between Edinburgh and Dunfermline.

Margaret helped to establish the town as one of Scotland’s most important religious centres when she converted the Holy Trinity church into a priory. 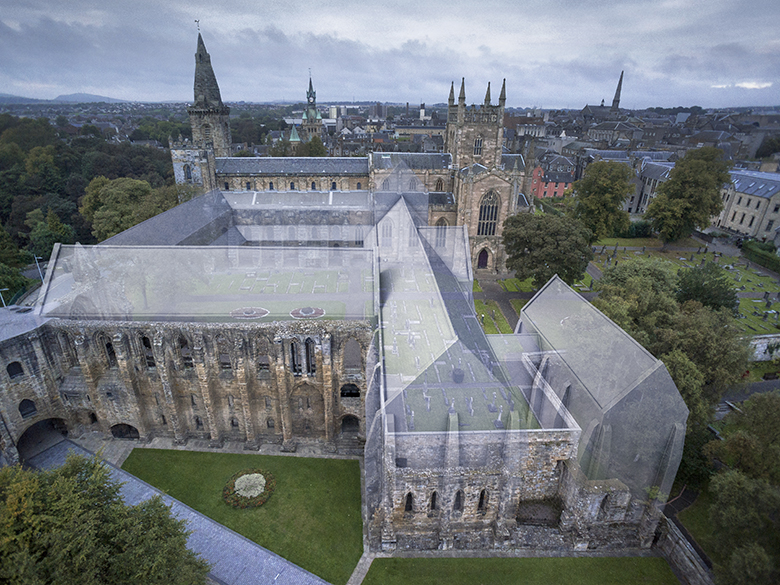 At her encouragement, a small community of monks from Canterbury laid the foundations of the first Benedictine house in Scotland.

Margaret’s son David I raised the status of her priory to abbey in 1128. This grand building has provided a final resting place for several of Scotland’s great kings and queens, including Robert the Bruce and, fittingly, Margaret herself.

In 1199, King William the Lion was supposedly dissuaded from invading England after he saw a vision while praying at her tomb. 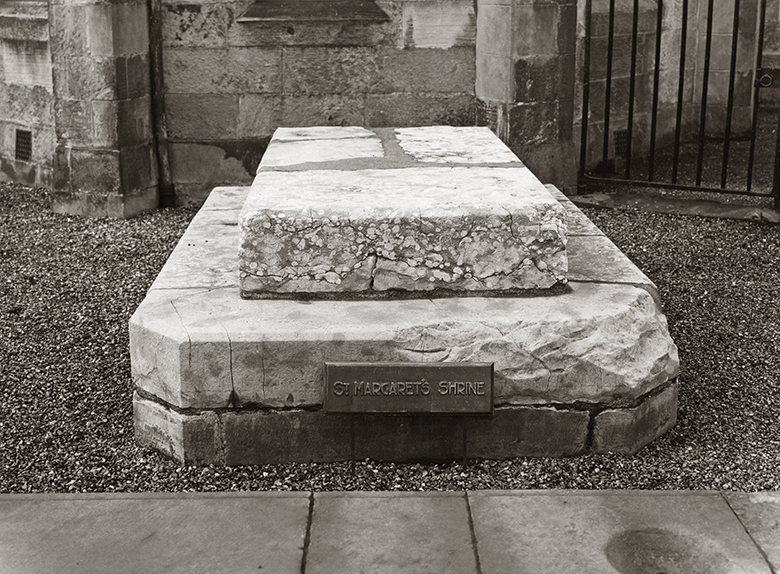 Her secret cave can be found beneath a 1960s car park

An unassuming stone building in a car park in central Dunfermline marks the entrance to St Margaret’s Cave.

It is said that Margaret would often pray at a shrine in this small cave, located in the side of a steep, open valley.

After Margaret’s death and  subsequent canonisation in 1250, the cave became a popular place of pilgrimage. 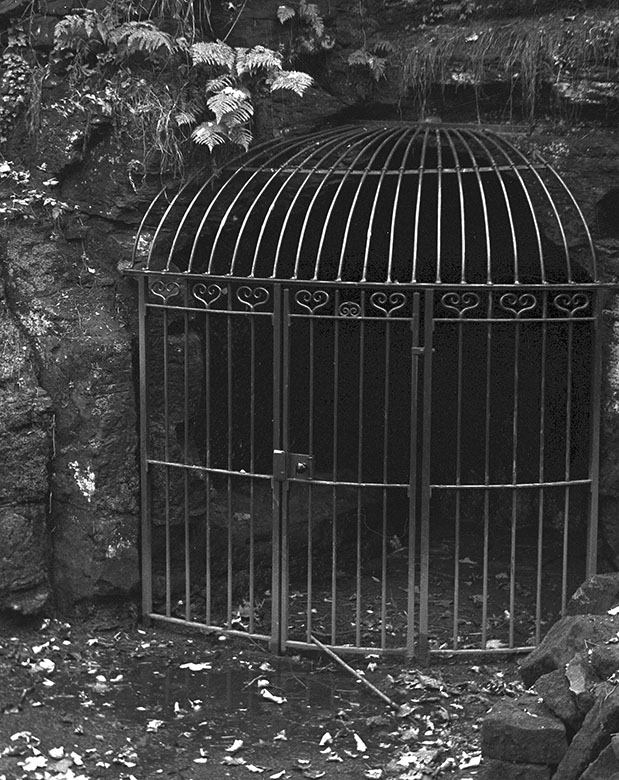 St Margaret’s Cave as it appeared before a car park was built above it in the 1960s. The metal railings were added in the 1890s.

In 1962, the valley was filled in by the town council to provide space for a new car park. Thankfully, local protests ensured part of the cave was saved. It can be accessed via an 87-step tunnel descending deep below the car park.

The oldest building in Edinburgh is dedicated to her

The oldest surviving building in the Scottish capital is St Margaret’s Chapel, nestled within the walls of Edinburgh Castle. It was built around 1130 by David I and dedicated to his mother. 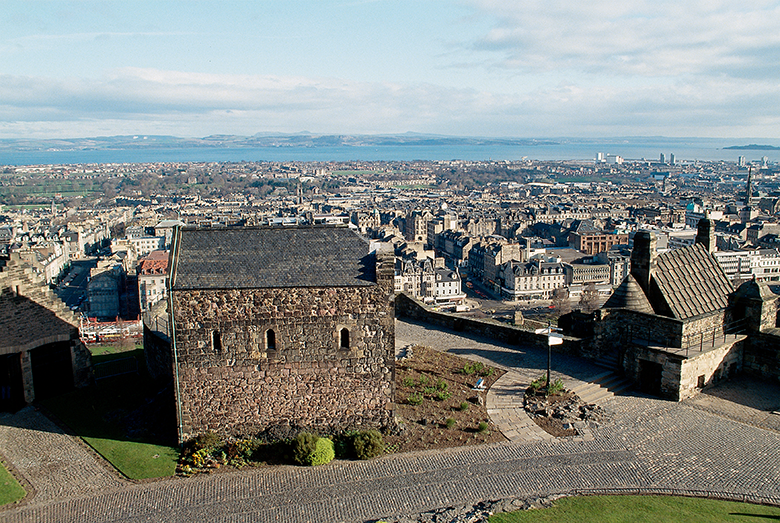 The chapel fell into disuse after the Scottish Reformation. In the 16th century, it was used as a gunpowder store. It was restored to its former glory in the 19th century.

Today there are always fresh flowers in the chapel. These are provided by St Margaret’s Chapel Guild whose members all share the name Margaret! 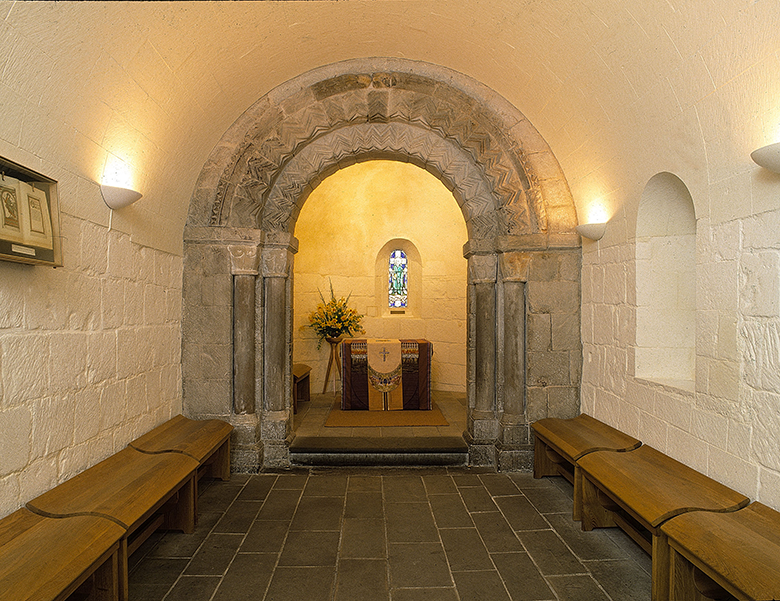 The interior of St Margaret’s Chapel