Seize the Day at Dirleton Castle!

Ahead of our Seize the Day event at Dirleton Castle, we tell the turbulent story of the a mighty Scottish stronghold and its occupants during the Wars of Independence.

History will come to life at Dirleton Castle over the weekend of 11 and 12 May. Visit our Seize the Day event to travel back in time to the early 1300s, when Wars of Independence raged in Scotland.

Here Morvern French delves into the real stories of sieges and invasions that took place at the mighty East Lothian stronghold during this era.

Passing through the tranquil village of Dirleton, and approaching the castle through its colourful gardens, it’s difficult to appreciate that this was once the location of a medieval siege.

Yet in 1298 Dirleton Castle was attacked and captured by Antony Bek, bishop of Durham, on behalf of Edward I of England. 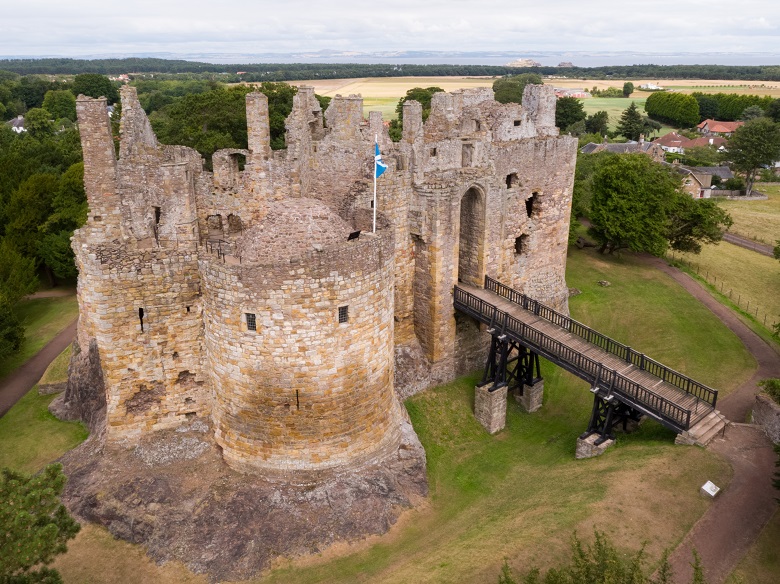 The lord of Dirleton was John de Vaux, whose family had originated in Normandy in the mid-twelfth century. They became close to the crown, witnessing royal charters. One de Vaux acted as steward to Marie de Coucy (d.1284), queen of Alexander II.

By the beginning of the Wars of Scottish Independence in 1296, John occupied a strong castle built on a rocky outcrop and surrounded on three sides by a dry ditch – perfect for defence.

That year, Edward I invaded, defeated the Scots at Dunbar, and removed their king, John Balliol, from power. He also sent the Scottish royal crown, treasure, and the Stone of Scone, used in royal inauguration ceremonies, to Westminster. John de Vaux swore fealty to Edward by signing the Ragman Roll alongside 1,600 other Scottish men and women.

To safeguard their wealth and position during the Wars of Independence, high status individuals and families frequently changed sides between the kings of England and supporters of Scottish independence. The de Vauxs were no different, changing their allegiance several times over the course of the war. 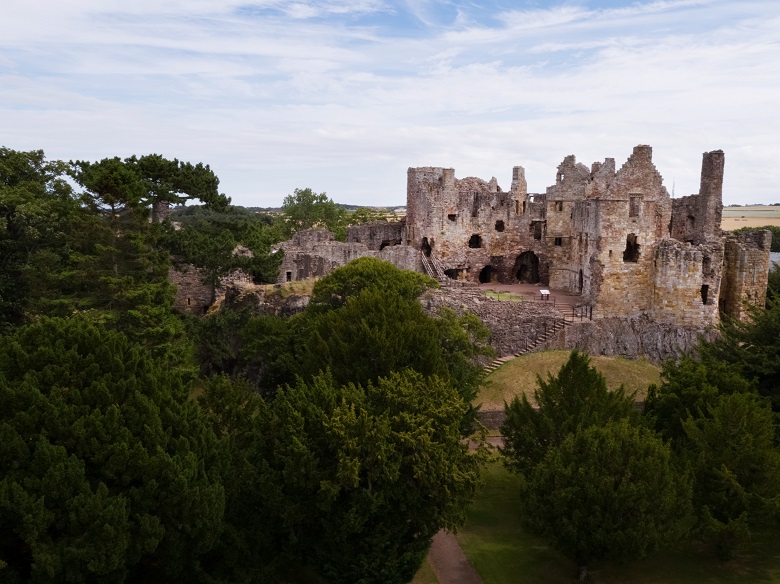 By July 1298 John de Vaux supported independence again, and so he was besieged at Dirleton by Bishop Antony Bek of Durham. After capturing the castle, Bek allowed the defenders to go free.

These would have included the constable in charge of the military garrison, soldiers, and household staff including blacksmiths and cooks.

In October 1300 John was ordered by Edward to provide Dirleton ‘with men and victuals.’ He was to ‘attack the enemy with all force, and make no truce’. The governorship of his castle had been entrusted to Robert de Maudlee, who also had troops stationed in Berwick. However, in 1301 John had changed sides again, participating in a raid on English-held Lochmaben and burning the town.

By 1314, after the Bruce faction had recaptured Dirleton, Robert I ordered its destruction. Castles provided bases for military operations, but the resources needed to retain them were beyond his capacity. They were also important to the English war effort. He therefore destroyed them to make them useless to the enemy,

The south-east and north-east towers were reduced to their bases on Robert’s orders. At the south-west corner remains part of the de Vaux castle, from before the Wars of Independence. It includes one large and one smaller tower, each of which probably served as a private suite for the lord and his family. 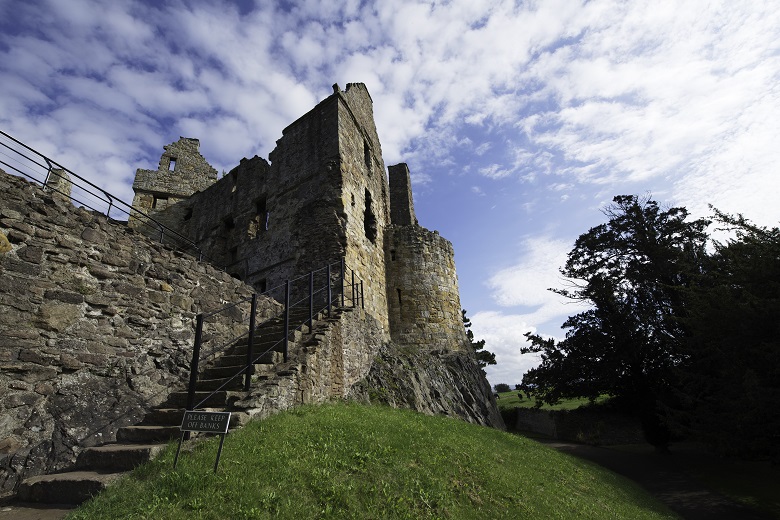 By the mid-1300s the castle was owned by the Haliburton family, who added the entrance gatehouse and the east range. In the sixteenth century the Ruthvens added a fine Renaissance lodging and formal gardens.

Dirleton as it stands today would be unrecognisable to John de Vaux, whose part in the Wars of Independence changed the very fabric of the castle.

Seize the Day at Dirleton Castle

Come along and explore the living history camp, see weapons in the armoury and smell food cooking in the kitchens. Play medieval games and have a go at calligraphy with real iron gall ink!

The event is included in the admission price to Dirleton Castle, which is free for Historic Scotland members. Not a member yet? There’s still time to sign up to enjoy this event and many others! #HistoricDaysAwait