More than a Map: Alternative Visions of Scotland’s cities

We go behind the scenes with the Scotland’s Urban Past community mapping project to see Glasgow and Edinburgh through fresh eyes.

It’s easy to think of modern maps as something merely practical. They are tools that gets us from A to B. And now, with mobile phones, a calm disembodied voice handily reminds us when we miss the roundabout exit.

But what happens when we create maps that show human experiences, not just geographical locations? Where’s the best place to get coffee, the worst place for wheelchairs or the secret site of a former gay bar?

Scotland’s Urban Past (SUP) has worked with groups from all walks of life to help them create ‘community maps’, as much about sharing experiences as they are about charting a city.

The results create a view of the city through the eyes of the people that live there. They can give insight in to the experiences of being LGBT, living with a disability or being new to the country.

The Welcoming works to help new arrivals to Edinburgh, particularly non-English speakers. They help them settle in to the city, find work and make friends in their new Scottish home.

In a series of workshops with SUP, their ideas for a community map focused on first impressions of the city, and the places that matter most to those new to the city.

Artist John Quiroga transformed this map in to an intricate artwork of Edinburgh, which gives some of its most iconic spots real character.

Can you spot Arthur’s Seat as an armchair?  A railway tunnel emerging from a copy of Scott’s Waverley? Turf for sale on the Grassmarket? 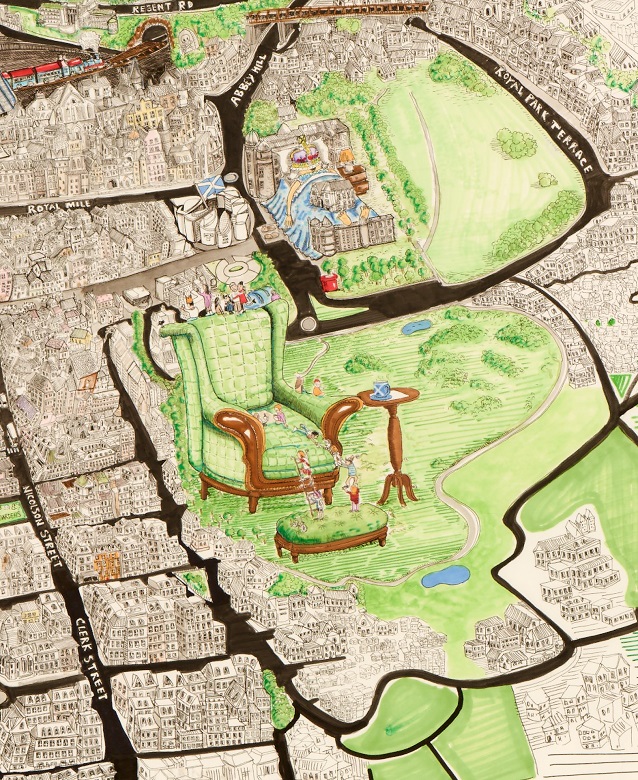 My favourite part of doing the map was to meet people with the same migrant status as myself, and finding similarities between their points of view and mine. I learned more about Edinburgh’s history and realised that I am welcome in this city.”

Artist Jenny Speirs collaborated with SUP on a community map created with Down Syndrome Scotland. The aim: to share their Glasgow ahead of the World Down Syndrome Congress.

Their map was all about showcasing the city and the spots they loved best. 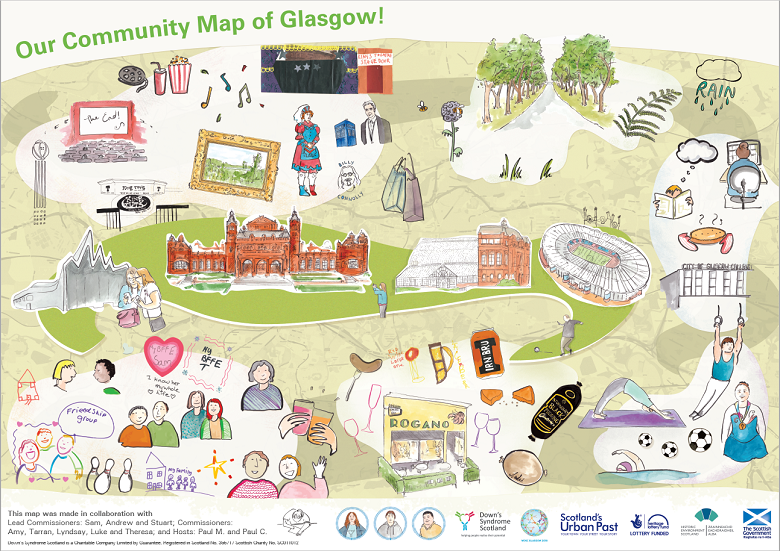 The group collated individual collage maps about their lives in Glasgow, described by Jenny as “a little bit of a self-portrait, a bit of a personal history, made with drawings, photographs, words, shapes, glitter.”

I like that a community map can be a helpful tool. It’s like having a bunch of friends introducing you to a new space through their eyes, sharing memories and meaningful places.”

Artist Holly Summerson created a community map showcasing the experiences of living in Edinburgh for LGBT+ people, both the good and the bad.

This map brought together people from various LGBT+ communities, charting how things had changed in Edinburgh over the decades. 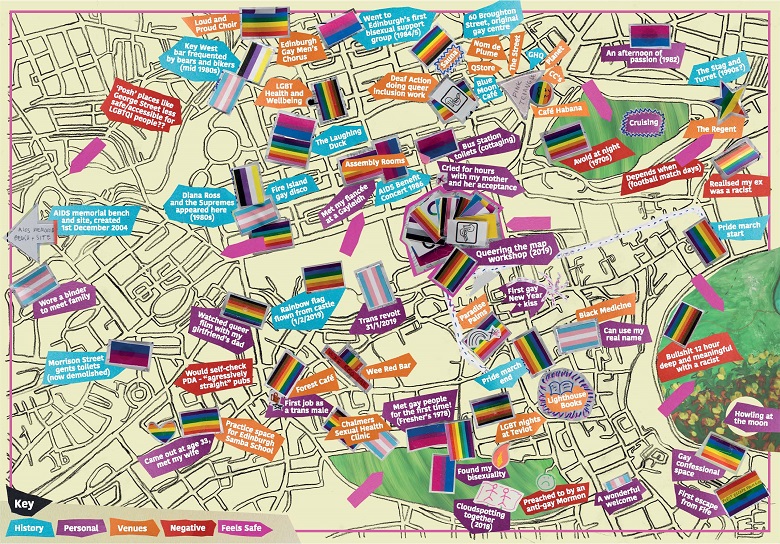 Community maps can definitely give you a new way of looking at the places around you. They share a mixture of different perspectives and opinions. They can be both practical and informative tools, while also being beautiful creative objects.”

“One city is many cities”

Our experiences shape how we see a city. You can’t help but smile when you see the park you picnicked in on a warm day. Or quietly seethe when you pass the spot where a seagull stole your sandwich.

Giving voice to people who are often outside of the mainstream has created maps which are works of art, as well as highlights of a town or city.

In the words of John Quiroga, “a community map widens the concept of a place.”

“People should look at community maps to realise that we all see and use a place in different ways. One city is many cities, because each person thinks about it in a different way.” 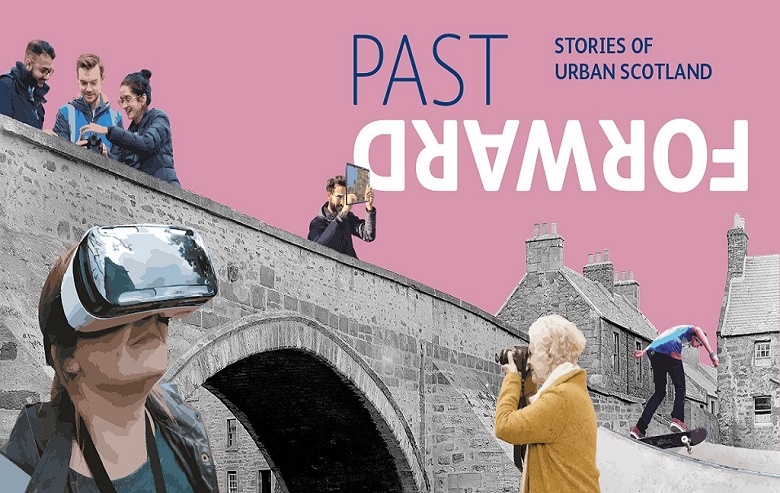