250 years after it was completed, explore the history behind the mighty Fort George. Discover why it was built and meet historic residents and visitors.

In this anniversary blog, we journey through the Fort’s history, from its post-Culloden conception through to the present day. Along the way we’ll check in with the Fort’s first governor, architects, intrepid early visitors and wartime recruits.

There’s also a preview of Festival at the Fort, a new Historic Scotland event paying tribute to the Fort’s history on Saturday 10 and Sunday 11 August.

From Culloden to Fort George

Named after King George II, Fort George was built following the defeat of the 1745 Jacobite Rising at the Battle of Culloden. The Crown wanted to ensure that such a rising would never happen again. 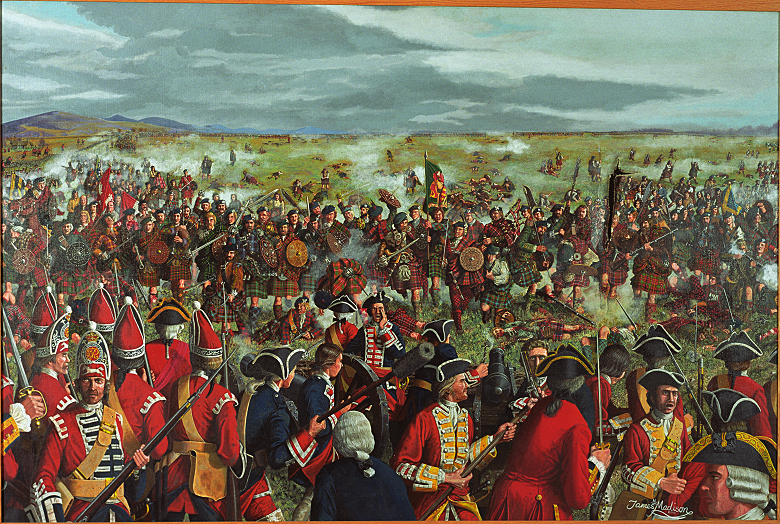 Fort George was built in the wake of the Battle of Culloden , depicted in this oil painting by James N. Madison (1965)

The Fort was intended to impose greater government control over the Highlands, which were often viewed as the rebellious and remote.

Other measures included a series of Acts that sought to put an end to the Clans and the traditional way of life in the Highlands. This included the 1746 Act of Proscription that banned the wearing of Highland clothing.

Yet Fort George never fired a single shot in anger. By the time it was completed in 1769, Jacobite support for the exiled Stuart dynasty had declined. It instead served as a recruiting and training base for the next 250 years. 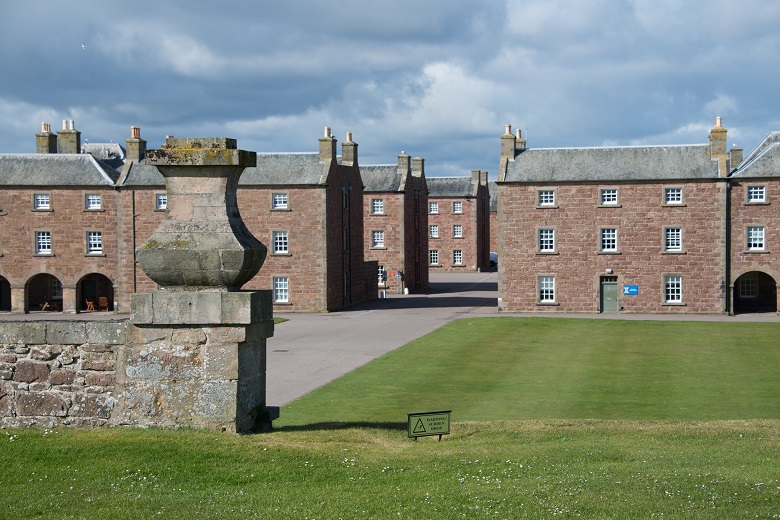 When it is finished, one may venture to say that it will be the most considerable fortress and the best situated in Britain”

Fort George was the biggest construction job ever completed in the Highlands. It required 1,000 men to build and many materials to be brought in by sea. It replaced an earlier fort which was located 11 miles west in Inverness.

The newly-appointed military engineer for Scotland, Lieutenant-General William Skinner was chiefly responsible for the design and layout. For a location, he selected a barren spit of land jutting into the Moray Firth. 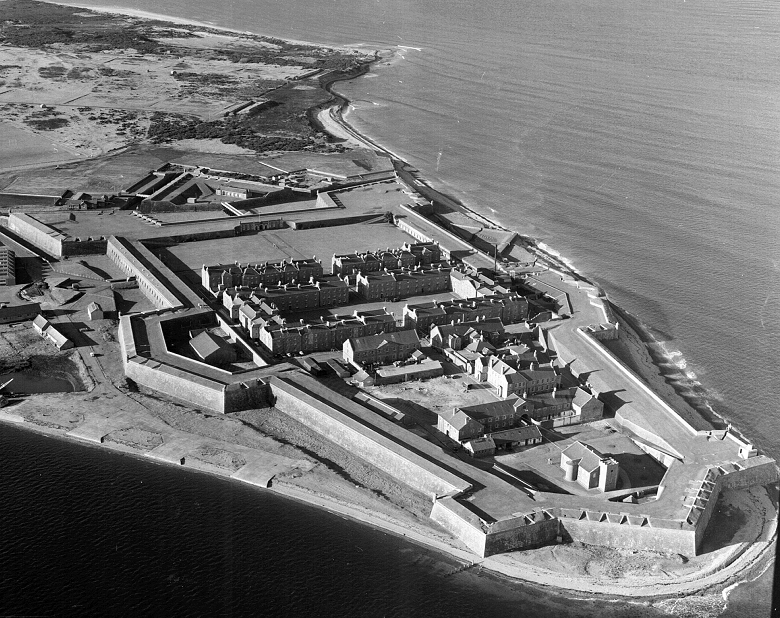 Aerial shot of Fort George in 1964

Scotland’s best-known architectural dynasty, the Adam family won the challenging building contract. The Adams were responsible for masterpieces such as Duff House, Mavisbank House and also carried out work at Edinburgh Castle.

They took on the daunting task in 1747, which included building a rampart more than 1km long and garrison buildings that approximated to a small town. 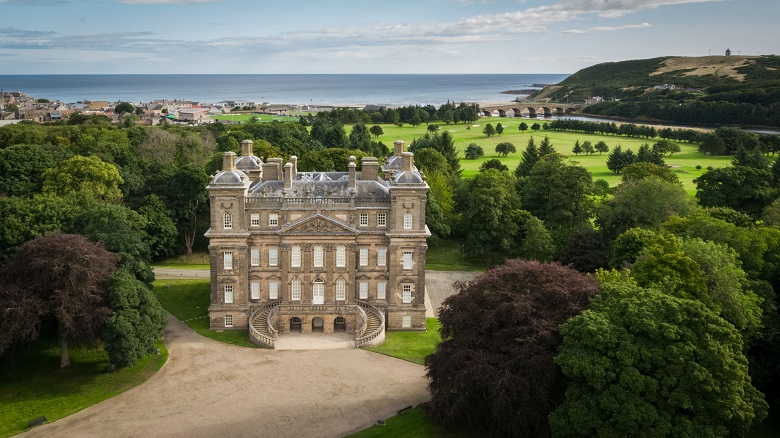 Duff House in Aberdeenshire, also constructed by the Adam family

Records suggest that Skinner and the Adams did not always see eye to eye. Describing their working relationship Robert Adam wrote,

Nevertheless, in 1769, after 22 years, Fort George was completed. Skinner was installed as the first governor.  It remains the finest example of 18th-century military engineering in the British Isles, and one of the outstanding artillery fortifications in Europe.

For much of its history far more soldiers than tourists passed through Fort George – but some notable early visitors did call in.

Dr Samuel Johnson and his would-be biographer James Boswell visited in August 1773 as part of their famous tour of the highlands and western isles. Johnson was impressed:

I could not help being struck with some admiration, in finding upon this barren sandy point, such buildings – such a dinner – such company: it was like enchantment” 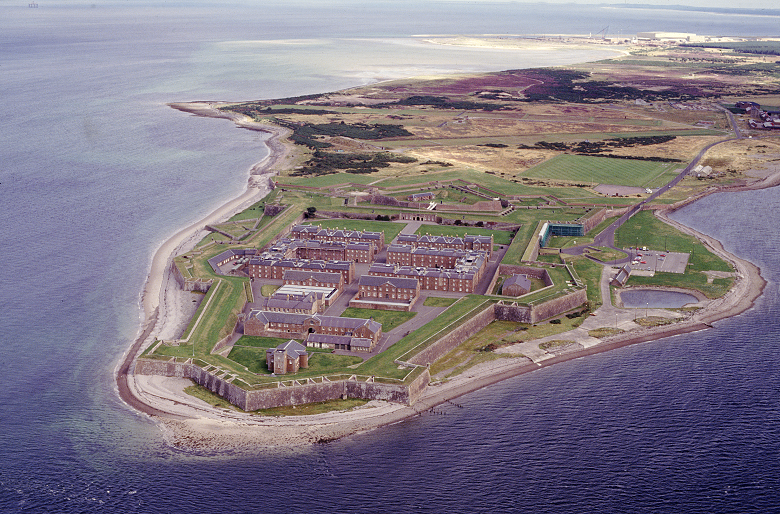 In 1796, London-based travel writer Sarah Murray undertook a five month tour of Scotland by carriage. Her journey inspired one of the first guidebooks published in English.

Murray records how, as her carriage approached the gates of Fort George, sentinels shouted, “Stop! Who goes there?” After giving her name she was allowed to enter and,

though I was entirely unknown at the fort, the lieutenant-governor, with the utmost politeness, sent an officer to conduct me over every part of the fortification, and to show me everything I was capable of noticing.”

The soldiers stationed there at the time, however, seemed less enchanted with the Fort. They came to know it as “Fort Misery” due to its remote location. It was so remote in fact, that it was even considered as a prison for Napoleon after his capture at Waterloo.

For about 80 years between 1881 and 1961, Fort George was the home to the Seaforth Highlanders. To this day, it remains their spiritual home. 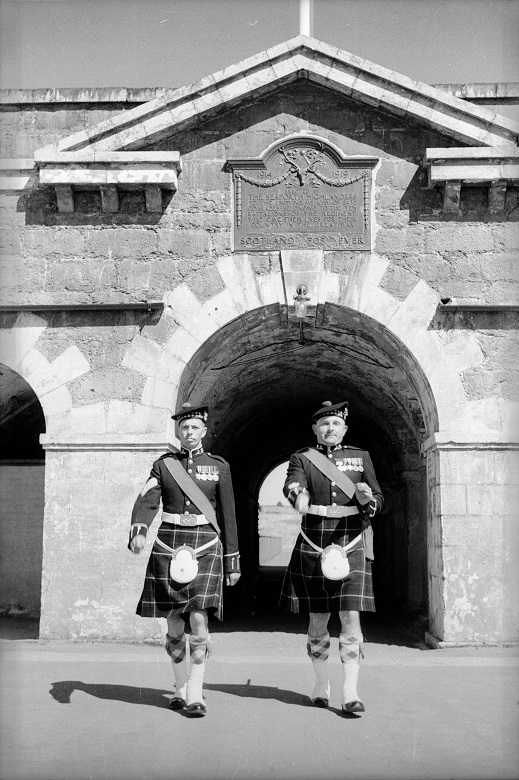 Two soldiers of the Seaforth Highlanders marching in through the Ravelin Gate in 1955.

Thousands of men from the Highlands, Islands and elsewhere were recruited to the Seaforth Highlanders in the first months of the First World War.

The diary of one recruit, Private Gordon Crask, provides a wonderful insight into life at the Fort at this time. Gordon recalls his first (uncomfortable) night at Fort George on 24 May 1915:

Arrived about 7.30 pm…Got 2 blankets and slept on one and had the other over me on the iron bedstead. Awful nights sleep. Army condemned blankets!’ 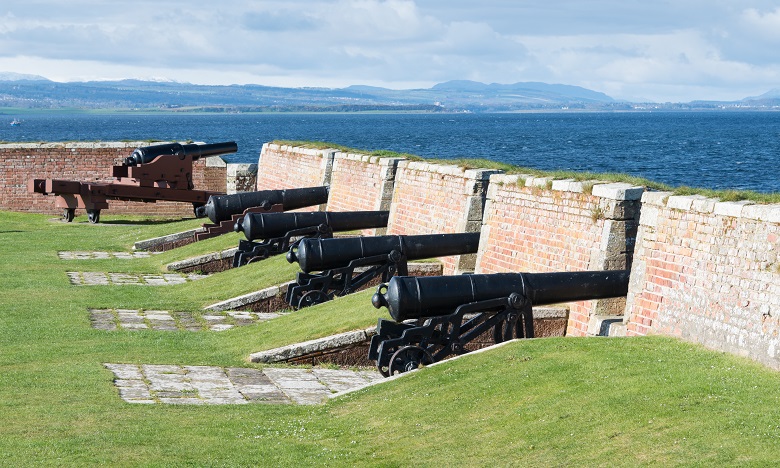 Today visitors can spot hunting dolphins from the Fort ramparts. In 1915, one was more likely to spot submarines and warships

The food is rather rough but there is a ripping Army canteen and grocers shop where we can buy extras at a price much less than in civilian shops.  We are jolly comfy. The fort has been built since 1763 so you can tell how interesting it is….’

Another letter from 6 June 1915 shows Fort George to be bustling with activity and entertainment:

We had a Highland Gathering on Saturday afternoon, and I have never had such a good time in my life. There was a pipe band of 20 pipers, 1 big drum and 10 side drums…

After 1961, the Seaforth Highlanders amalgamated with the Cameron Highlanders to form the Queen’s Own Highlanders. Their successors continue to use Fort George to this day and you can still visit The Highlander’s Museum at the Fort. 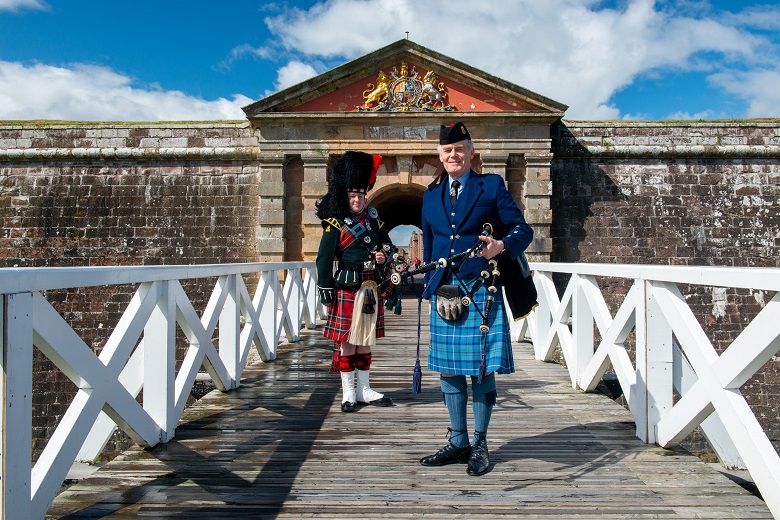 250 years of history will be brought to live on the Saturday 10 and Sunday 11 August to mark Fort George reaching its 250th anniversary.

Visitors will be able to enjoy music and dances from different periods of the Fort’s past, and pay tribute to its grand architecture by building their very own LEGO model of the Fort.

There’s also a chance to meet characters of the Fort’s past and learn more about the history of Fort George by joining a guided tour on both days, or taking a special Festival at the Fort Quiz.

Grab your tickets for the event online to get a 10% discount.

Planning your day at the Fort? We collated your most common questions to make sure you are best prepared.

Festival at the Fort is free to attend for Historic Scotland members alongside many other benefits. Historic days await you now!