The Smiddy and the School Teacher

In 1803, a young boy arrived in Liverpool on board a ship called The Prudence.

Finding himself in the Scottish Borders, aged six, penniless, with no way home to west Africa and without the most basic grasp of English, Tom Jenkins went on to achieve great things.

Arrival on The Prudence

Named Tom Jenkins by the ship’s crew, he had been sent to Britain by his father, who was probably a chief from what is now Sierra Leone or Liberia, to receive an education.

Others who sailed on The Prudence were not as fortunate: the 123-ton ship was completing a slave voyage. Its captain was a former surgeon from the Scottish Border town of Hawick, James Swanson. 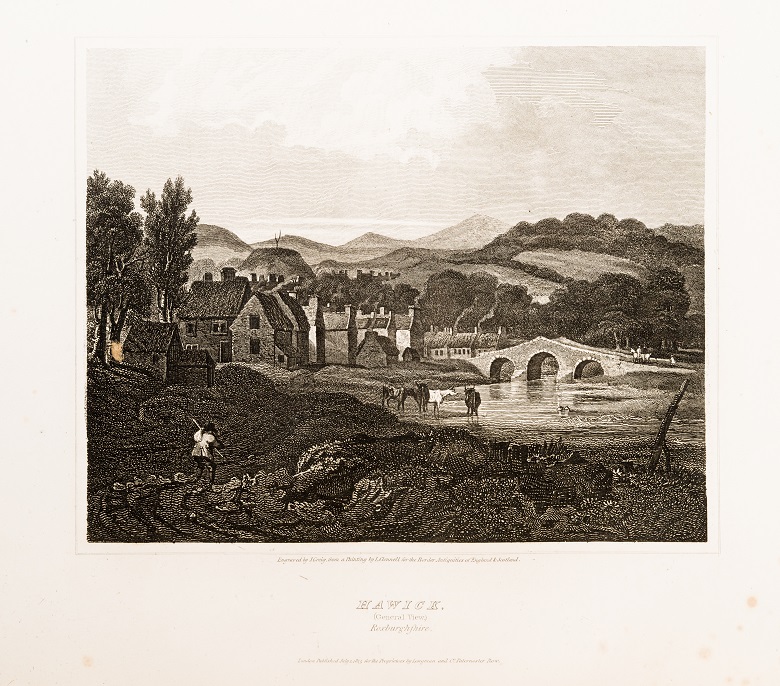 An engraving of Hawick c.1814-17, the time of Tom Jenkins’ arrival in the town

Captain Swanson returned to his hometown with young Tom, but died within a few weeks of arriving back. Historian Stephen D Behrendt suggests the 23-year-old captain may have contracted a fever while working in the transatlantic slave trade, or died from ‘delerium tremens’ – an illness caused by withdrawal from alcohol.

Swanson’s sister and her husband, a weaver, took care of Tom. They lived in Teviothead, a small village around 10 miles from Hawick.

Tom’s childhood is unrecorded, but locals say Tom worked as a cowherd and peat driver at the farms of Caerlanrig and Falnash.

He went to the village school in Teviothead and in his spare time he taught himself Latin, Greek and Mathematics, often late at night by candlelight. He was regularly seen in and around Hawick buying books with his wages. 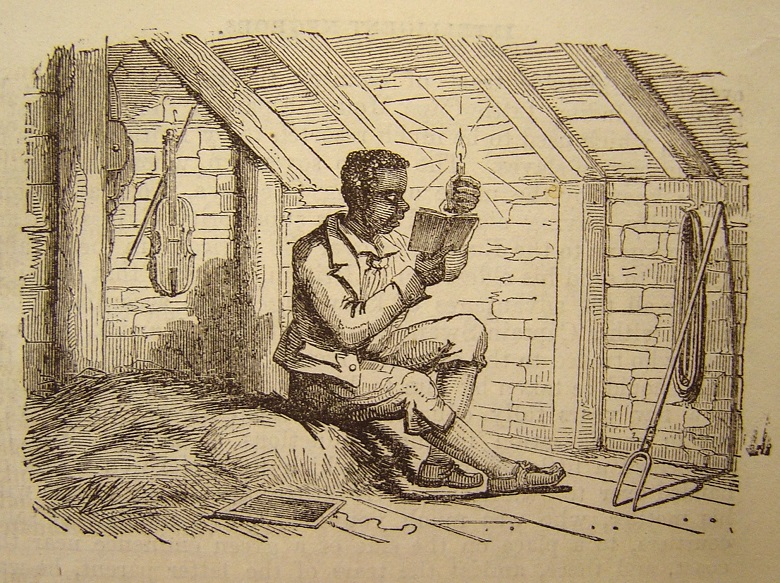 In 1814, the Presbytery of Jedburgh advertised for a teaching job at Teviothead school. Tom, by now aged 17, was recommended for the post. He was interviewed but did not get the job on the grounds of his ‘pagan birth’.

But his local supporters really wanted Tom to teach. Heritors (house and/or landowners) including the Duke of Buccleuch established an independent school at the village smithy. Tom was employed as a teacher. 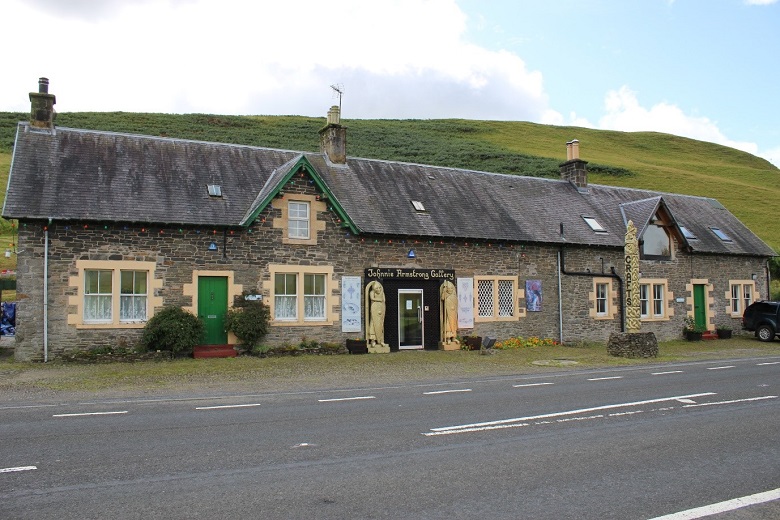 Henderson’s Knowe, Teviothead. The smithy, where Tom taught between 1814 and 1818, is now home to the Johnnie Armstrong Gallery. (Image: HES)

The small school grew quickly, and at one point was said to have had 45 pupils. Tom remained in the post for four years. He was Britain’s first black school teacher.

From Scotland to Mauritius

His job at the smithy school allowed Tom to save up enough money to attend classes at the University of Edinburgh. He took classes in Latin, Greek and Mathematics between 1815 and 1817 while continuing to teach.

In 1818, Tom moved to London. He enrolled at Borough Road College in Southwark – the teacher training college of the British and Foreign School Society (BFSS). 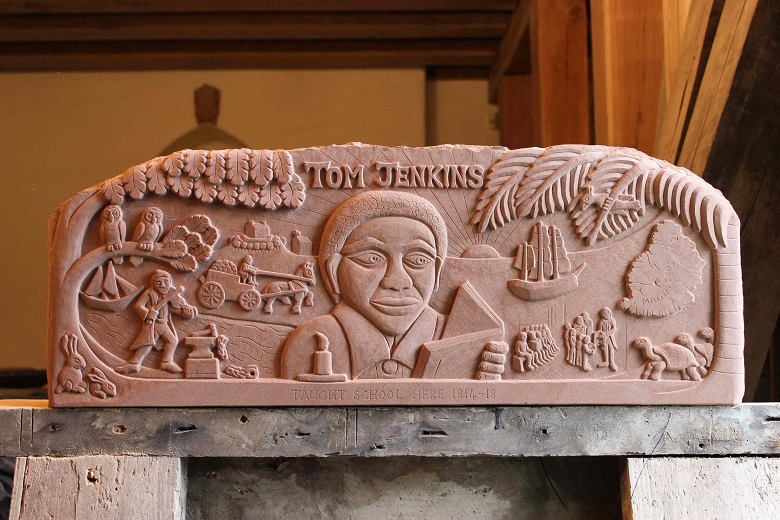 A commemorative lintel in the old smithy charts the next steps of Tom’s journey. (© The Johnnie Armstrong Gallery)

Tom travelled to Mauritius in 1821 as a qualified teacher of the BFSS. He eventually took charge at the first “Model” Free School on the island and worked for the British government as a teacher for 37 years.

Tom stayed in Mauritius, where he married fellow teacher Augustine Laurencia and had four children. He died in June 1859.

Tom’s former workplace in Teviothead was designated as a listed building in 1987. A brass plaque commemorating his career was unveiled in 2003 and can be found on the front of the building. 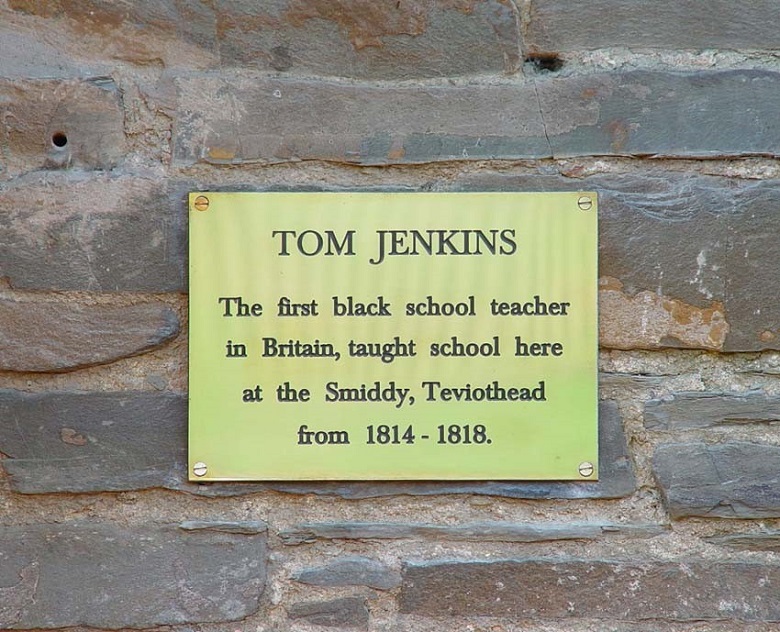 You can read our listed building record for this property on our Heritage Portal.