It’s Disability History Month and we’re telling the stories of four historic Scots who lived with disabilities. While some of their stories highlight superstition and discrimination, others tell of progress and achievements in fighting for acceptance and equality.

If we’ve missed someone whose story is important to you, tweet us on @HistEnvScot to tell us about them!

The first person we’d like to introduce you to is Janet Horne.

Horne, who lived in Dornoch, was the last woman accused of witchcraft to be burned in Scotland. Alongside her daughter, she was arrested for crimes of witchcraft. Neighbours had accused Janet of turning her daughter into a pony and having her shod by the devil.

It is thought that the two women were persecuted on account of their disabilities. With a modern eye on historical records, it seems Horne was showing signs of dementia and her daughter Helen may have had a condition which affected her hands and feet. 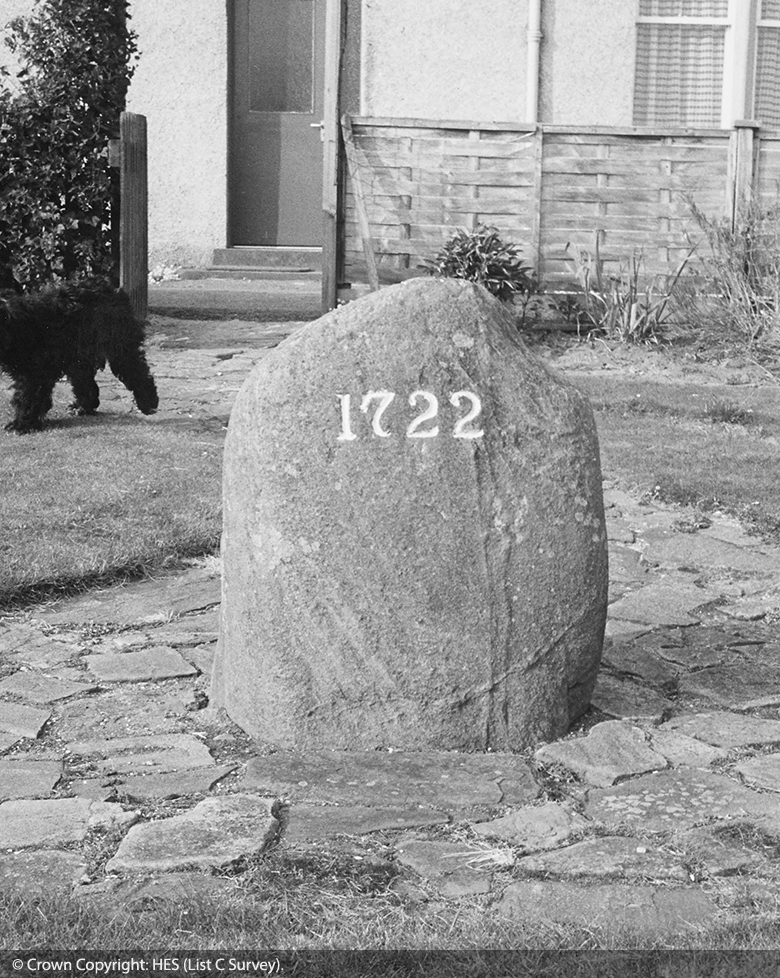 Helen managed to escape, but Janet was sent to trial and executed. The date of her execution is uncertain. In Dornoch, the memorial stone is inscribed with the date 1722, but other sources suggest her execution took place in 1727.

In the early 19th century, Robert lived in the village of Liddesdale, just 6 miles from the foreboding Border fortress. 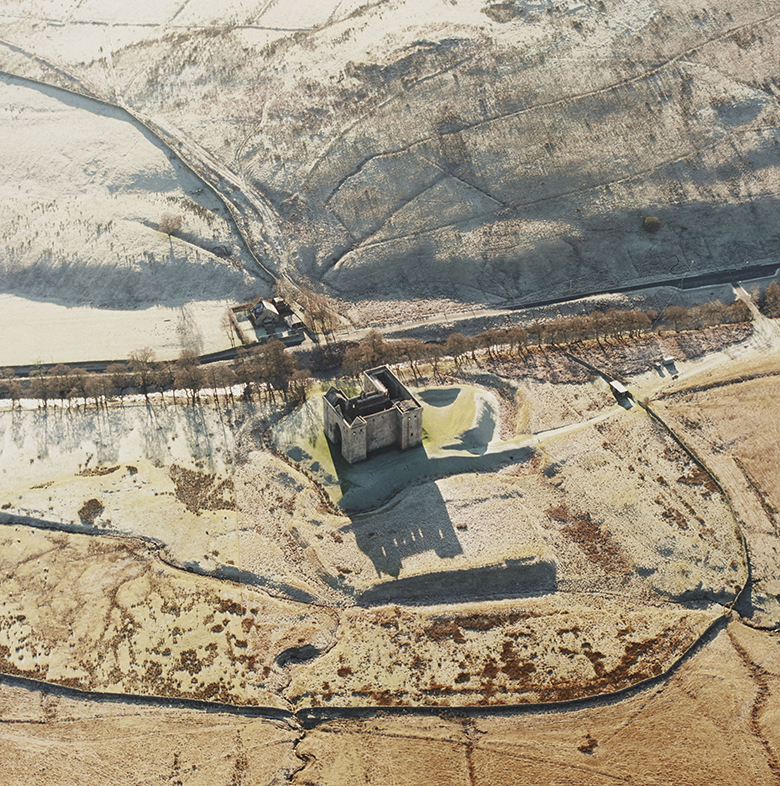 Built in around 1360, Hermitage Castle would almost certainly have been a familiar sight to Robert.

Robert was born with restricted growth which impacted his physical stature and his life experiences. Writing in 1844, local historian M. A. Richardson tells how Robert was taunted by his neighbours. He also faced fear and superstition as some labelled him a “changeling” – a child from the fairy realm switched with a human child.

It sounds like Robert dealt with a lot of challenges in life, but from Richardson’s account it seems that he faced them with courage. Upon hearing that a neighbour had been spreading rumours about him, Robert promptly stood up for himself. He invited the offender (who towered over 6 foot tall!) to his home and challenged him to a duel. The gossipmonger beat a hasty retreat when confronted!

Who remembers The Blind Poet, one of Edinburgh’s erstwhile drinking dens? But do you know the story behind its name? 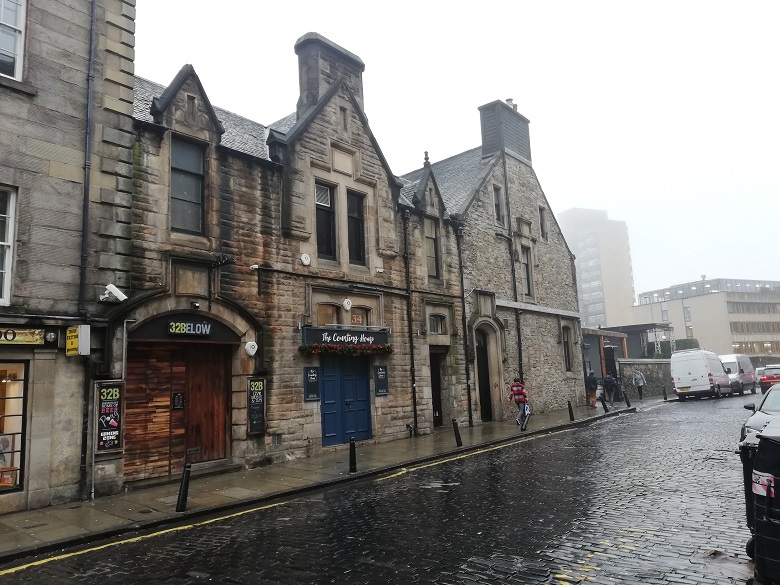 This building on West Nicholson Street was built in 1749 as a residence for the merchant William Reid. Thomas Blacklock lived in the upper floors from around 1764.

The pub was named after Thomas Blacklock, who lived in the building in the 18th century. Born in Dumfriesshire in 1721, Blacklock lost his sight as a result of smallpox as a baby. He started writing poetry aged just 12 and also studied to become a minister.

Blacklock faced discrimination when he was appointed minister of Kirkcudbright and gave up the post upon receiving a pension from the church. He retired to Edinburgh and mixed in the company of local “celebrities” like David Hume and Robert Burns.

Blacklock was one of the founders of the Royal Blind School (known as ‘The Edinburgh Asylum for the Relief of the Indigent and Industrious Blinde’ when it opened). The school continues today as Scotland’s largest vision impairment organisation. 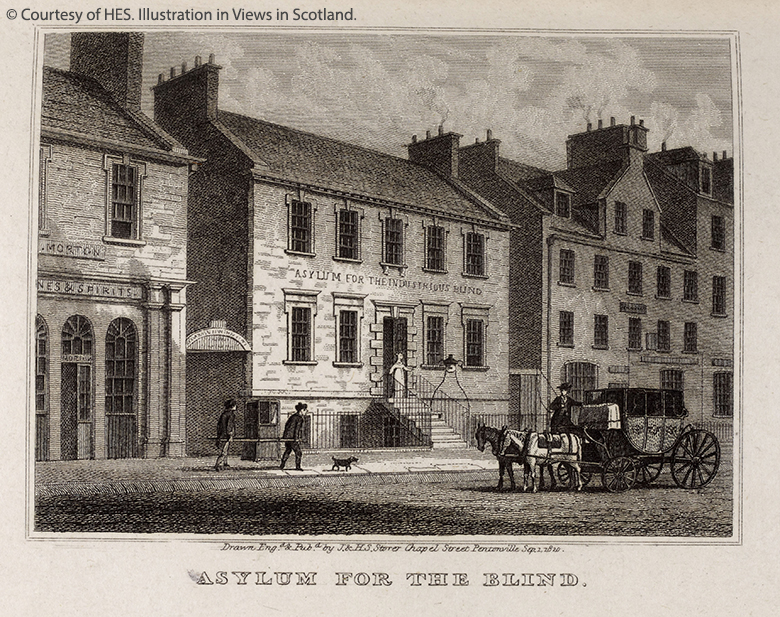 In 1793, Royal Blind was founded by the Reverend Dr David Johnson, Dr Thomas Blacklock and Mr David Miller. This engraving shows their premises at No. 58 Nicolson Street, which were purchased in 1806.

Born in Cramond in 1762, Wood became deaf as a child after contracting scarlet fever. Luckily for Wood, Britain’s first ever school for the deaf was only about 7 miles down the road. Braidwood’s Academy for the Deaf and Dumb, was founded in 1760 by Thomas Braidwood. 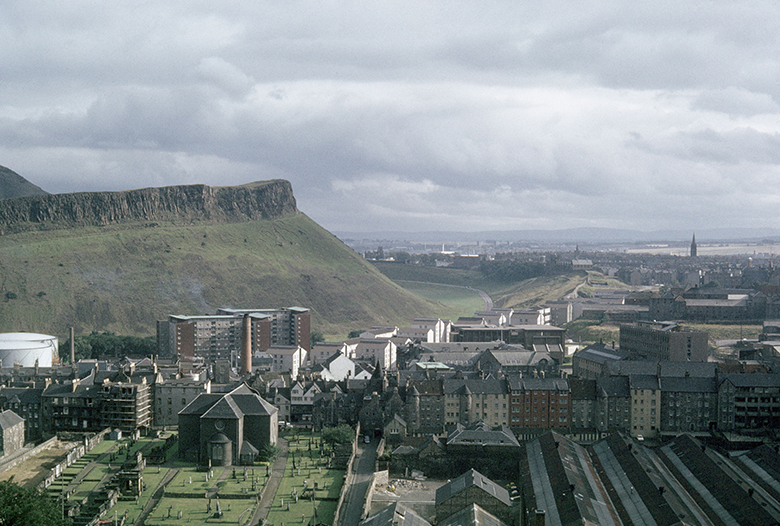 The Dumbiedykes area next to Holyrood Park takes its name from the deaf or non-verbal children who would have walked through the area to reach Braidwood’s Academy.

Wood had a great love of mathematics and history and being hard of hearing doesn’t seem to have held him back from reaching his potential, although it was remarked that his speech was very difficult to understand.

His mathematical skills led him into a great career in the Scottish Civil Service. In 1809, he became the Auditor of the Excise for Scotland. Wood’s love of genealogy and history drove him to write several books. He penned two biographies of John Law, the Scot who founded the Bank of France. He was the editor of the 1813 edition of the prestigious Douglas’ The Scots Peerage. 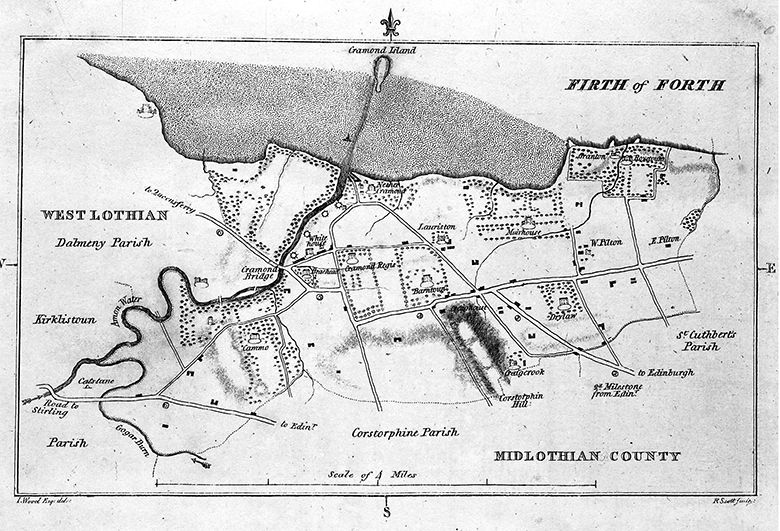 This map of Cramond featured in Wood’s book ‘Ancient and Modern State of the Parish of Cramond’, which was published in 1794.

Wood’s prominent place in Edinburgh society saw him become friends with Sir Walter Scott, who wrote of him:

Honest John, my old friend, dined with us. I only regret I cannot understand him, as he has a very powerful [memory] and much curious information.”

In 1810, Wood became the first Joint-Secretary of the Edinburgh Royal Institution of the Education of Deaf and Dumb Children.

Deaf Historian John Hay’s ‘Deaf Edinburgh: The Heritage Trail‘ was a great resource for writing this blog. John also leads British Sign Language Tours of the properties we care for. We’re currently finalising our 2020 event programme. You can sign up for email alerts about our events on our website.