We were recently successful in nominating Arctic traveller and botanist Isobel Wylie Hutchison for one of Historic Environment Scotland’s commemorative plaques. It will be installed at Carlowrie Castle, her birthplace and lifelong home.

This is the latest chapter in Isobel’s incredible story, which takes us from West Lothian all the way to the Arctic Circle…

(Our cover image is courtesy of the Royal Scottish Geographical Society)

Isobel was born at Carlowrie in 1889. One of five children, she lacked for nothing during the first 10 years of her childhood. She enjoyed a loving, carefree upbringing and indulged her talent for poetry. 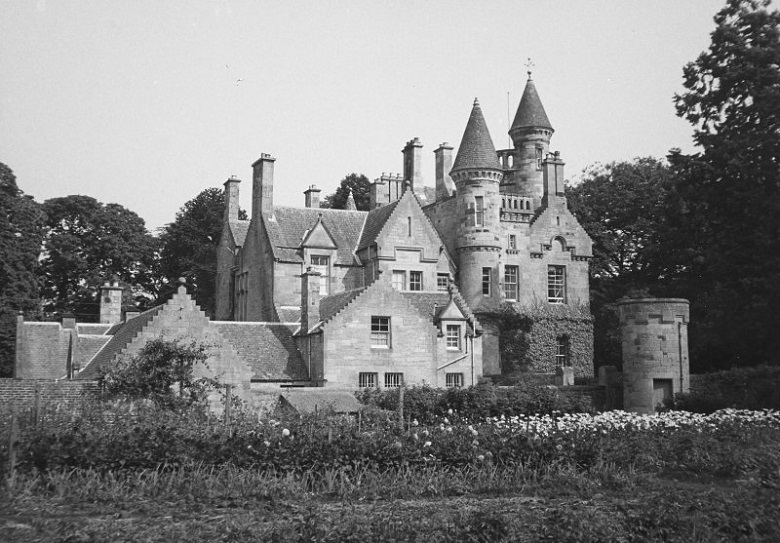 But the sudden death or her father was subsequently followed by the loss of both her brothers. Isobel was left in a darkened place with a deeply grieving heart. Walking  became her escape.

At a time when women were expected to stay at home, dressed in petticoats and tending to domestic duties, Isobel would often leave home for several days – much to the despair of her mother!

A Gaelic speaker, she had soon covered Scotland, including a trek from Blairgowrie to Fort Augustus, and began to look at bigger challenges. She wanted to spread her wings and fly away, and Iceland seemed like a good place to start.

Iceland, which she visited in 1925, was both a test and a revelation.

Isobel was told that she couldn’t walk the 260 miles north from Reykjavik to Akureyri because there were no maps, no guides, and it was far too dangerous. But she proved everyone wrong and then set her sights on another goal: Greenland. 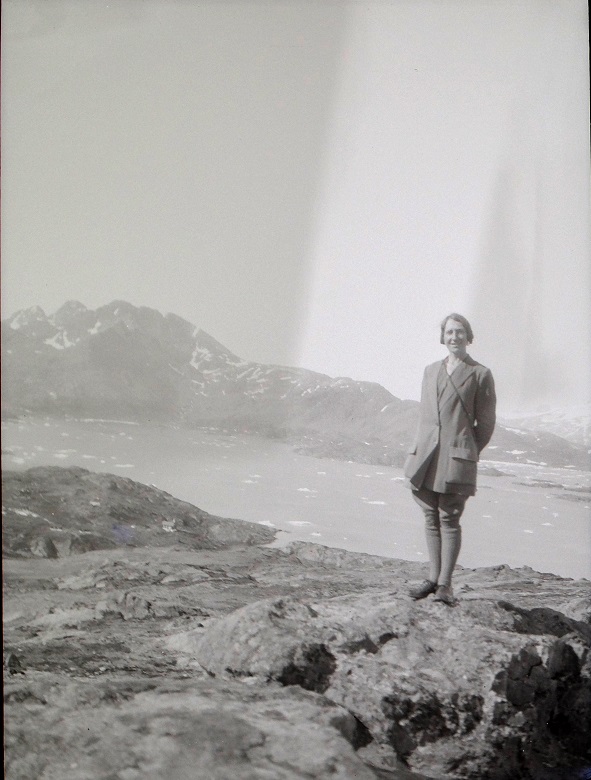 She would have to wait nearly two years for permission to travel there. When she walked down the gangplank at Angmagssalik in August 1927, she thought it highly probable that she was the first Scottish woman ever to set foot there.

A woman willing to tackle such an environment was an unusual and almost scandalous phenomenon. It was a rough and ruthless environment, where only the hardiest souls could thrive.

On this and future explorations, Isobel examined historical sites and traded with the Inuit people. She accepted their hospitality with general cheerfulness and a remarkable constitution.

She recorded what she learned and expressed the beauty of what she saw in poetry, prose and paintings. She also filmed the people of the Arctic as they went about their daily lives. This is some of the earliest documentary footage ever recorded.

All the Arctic traders and navigators Isobel met seemed to sense a kindred spirit on first meeting. Isobel invited respect, and she received it. 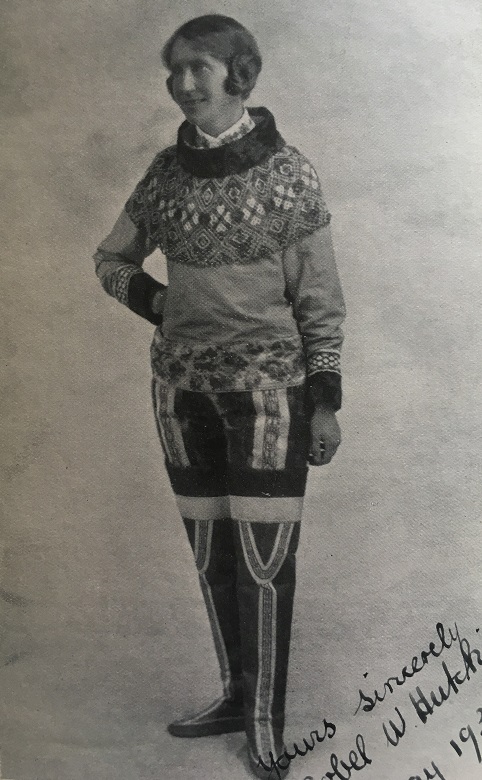 Through clothes, cooking and customs, Isobel embraced the traditional ways of life in the communities she explored (Image courtesy of Craft Design House)

During her travels her soul opened in response to the Greenlanders’ simple curiosity, as perhaps it never had in her native Scotland. Welcomed into their houses, she was struck by their poverty and their touching gratitude at her small gifts.

She made her first attempts at speaking Greenlandic, joined in their dances and watched them sew and cook.

It quickly became clear that their thick sealskin trousers were not only decorative but an essential means of protection against biting insects. Isobel soon purchased a pair and was photographed proudly modelling them.

A broadcaster and a botanist

Returning to West Lothian, Isobel was penniless but radiated a joyful new purpose. She started to write about her travels, and it wasn’t long before her articles and poems were beginning to bring her a well-deserved income.

She read some of her poems aloud on BBC radio, and was interviewed for The Daily Post. She would go on a dizzy round of lectures, sharing her findings with many academic organisations, including the Royal Scottish Geographical Society. 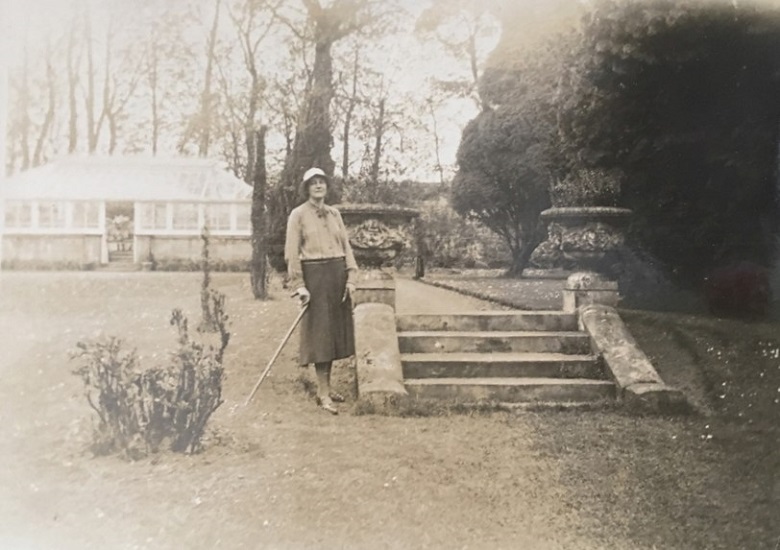 Isobel at home at Carlowrie (Image courtesy of Carlowrie Castle)

But true voyagers never settle. Just over six months later she was back at sea, heading for a settlement in northern Greenland, above the Arctic Circle.

Isobel risked life and limb collecting plants for the Royal Botanic Gardens in Edinburgh and London. During her expeditions she collected, preserved and labelled thousands of plant specimens, dispatching regular parcels back to Britain by ship.

The fact that Isobel gained comparatively little recognition for her mental and physical endurance is partly down to her distaste for drama. Although she endured them all, she played down the hardships and discomforts.

It’s fair to say she was born an instinctive wild child. Her Arctic adventures were an escape in more ways than one. In the early decades of the 20th century, women in Britain were still taking their first tentative steps towards equality.

For Isobel, who delighted in travelling wherever her spirit took her and befriended whoever she wished, the society that she returned to every time at Carlowrie must have seemed stifling. 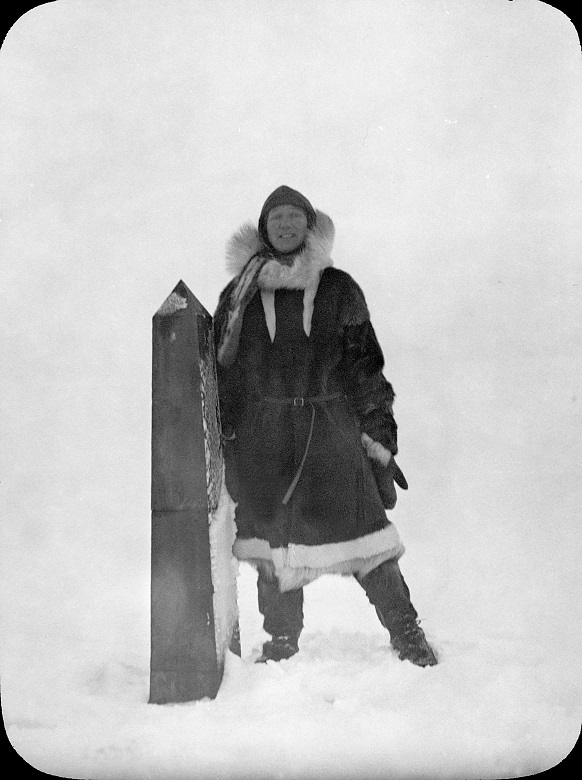 Isobel photographed with one foot in the USA and the other in Canada during an Arctic journey of 1933-34 (Image © Royal Scottish Geographical Society, licensed by Scran)

Isobel never married – it’s tempting to wonder if her solitary travels were prompted by a feeling of being an outsider, an “onlooker” as she put it.

Overall, Isobel was a fascinating blend of gentleness, determination, spontaneity, modesty, primness and irrepressible optimism. She certainly had faith and a powerful guiding presence watching over her.

On the 24th October 1934 Isobel became the first female to be awarded the RSGS Mungo Park Award. It was presented by the Duke of York at what is now the Balmoral Hotel, Edinburgh. The award recognises

An outstanding contribution to geographical knowledge through exploration or adventure in potentially hazardous physical or social environments.”

As a botanist, Isobel has left behind an incredible legacy at the Royal Botanic Gardens in Kew and in Edinburgh. Her artefacts can be seen in the National Museum of Scotland. The National Library of Scotland holds many of her papers and drawings. 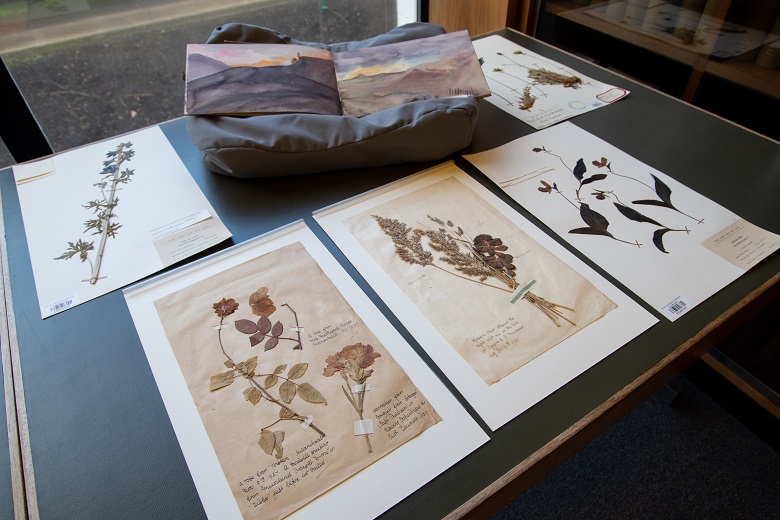 Some effects of Isobel Wylie Hutchison at the Royal Botanic Gardens, Edinburgh

She was recently ranked in a Top 50 of “Scots who shaped the world” and we couldn’t agree more! The Carlowrie team are so proud of Isobel and her amazing achievements. We feel it’s our purpose to help share her story with the world! 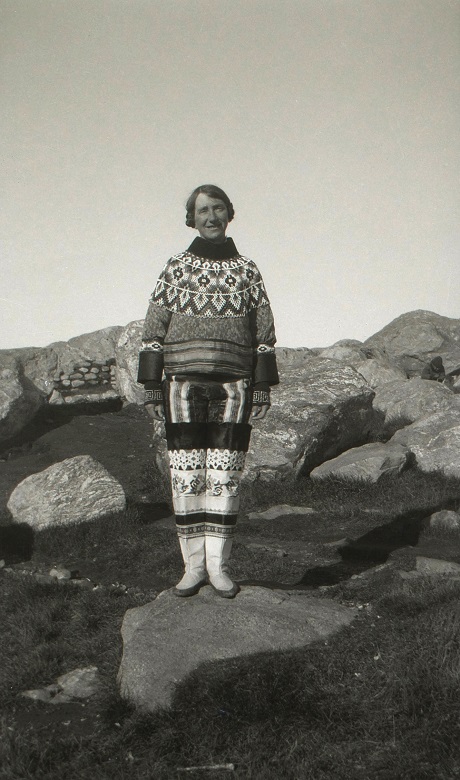 Inspired by Isobel ? Make your nomination!

Isobel Hutchison is one of six trailblazing women from Scotland’s past honoured in the latest round of Historic Environment Scotland’s Commemorative Plaques Scheme.

Since 2012 the scheme has celebrated noteworthy individuals from Scottish public life by erecting plaques on buildings with strong links to their life or work.

If you know of another significant woman from Scotland’s history that deserves recognition you can follow the Carlowrie Castle team’s example by nominating them when the scheme re-opens.

This Guest Blog was provided by Dympna McKenna, Sales and Marketing Manager at Carlowrie Castle. You can read more about the Carlowrie’s heritage and history on the castle’s website.