The Tale of Thomas the Rhymer, re-told

The folk tale of Thomas the Rhymer has medieval roots and follows the adventures of a narrator whisked off to Elfland by the Fairie Queen.

In this re-imagining of the story, Storyteller Niall Moorjani inserts a nameless, genderless narrator and uses them to explore the difficulties and complexities of mixed race identity in Scotland.

The Sun is rising over the Eildon Hill. You cannae see her yet, but you know she is coming by the way the sky is stretched out in a canvas colour range. A pink band is straddling the horizon, and purple is pushing darkness back into a retreat; the stars and moon going with it, their silvery goodness done for another evening.

Daybreak over the Eildon Hills. 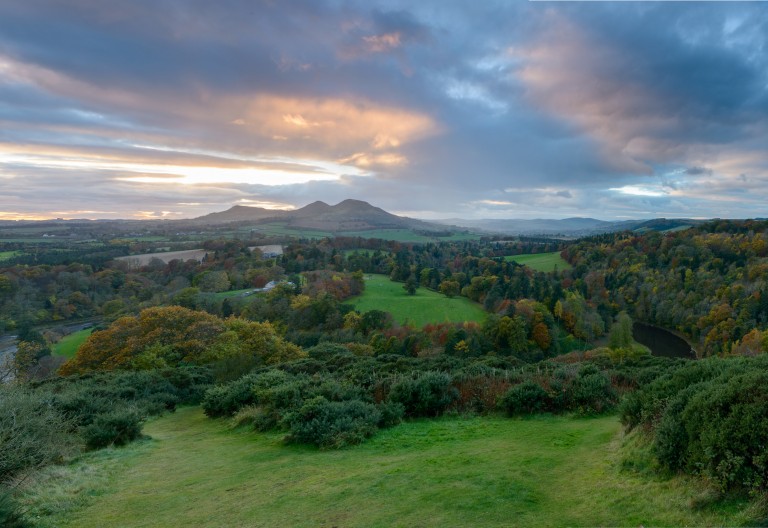 Three peaks of the Eildon Hills at daybreak, seen from Scott’s View

What’s somebody like me doing wandering around the hills at dawn, you may ask? And it would be a fair question.

I’ve just met a lassie, and she is something special, like. We would have been in trouble if her brother had caught us in the barn so I slipped out and, well. I am no’ ready to go back to my lodgings yet. So, I figured I would wander round the hills: greet the dawn.

Ma name? Ach. I could tell yees, but there is nae point; I am called what suits others. Harper, Teller, Rhymer. I like those ones. Bampot, Arsehole… Get aff the stage pal yer craaaap. I’m no’ such a fan of those. And there are others…

I cannae stop thinking about this girl, Elspeth is her name. I think I might love her. I know that sounds silly, it’s only been one night, but she is quick, witty, funny and so rude she could make a drunken mariner blush. And she is so smart, way smarter than me! No’ that it’s hard.

Only I cannae stay. How can I? Me, with her brother and weans and sheep? Naa. I am a storyteller; I haven’t exactly got any real skills. 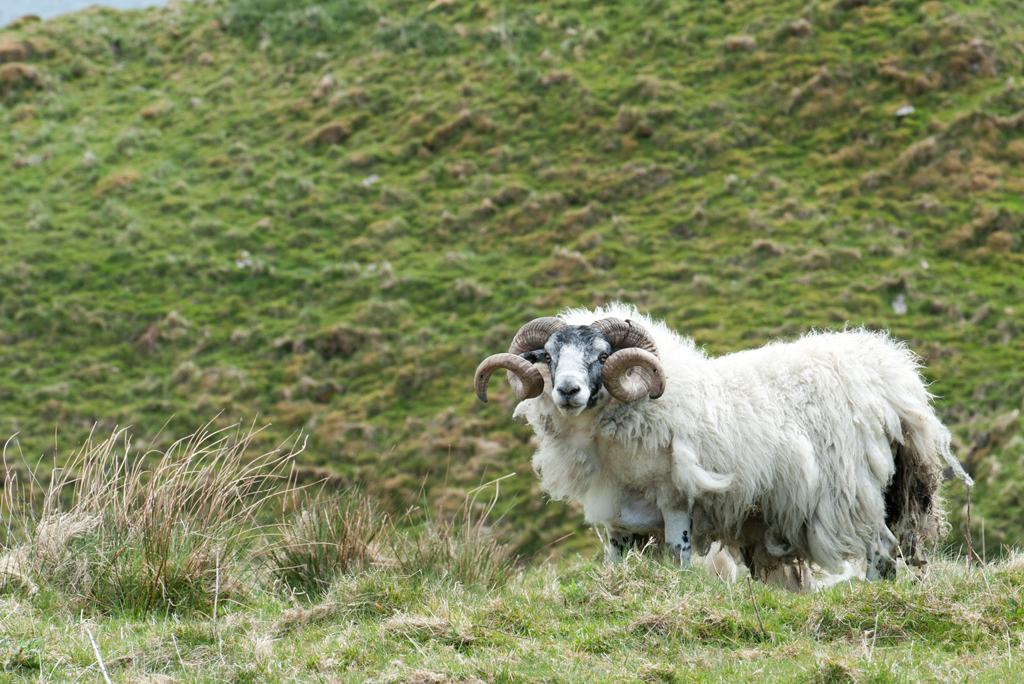 Me with her brother and weans and sheep? Nah.

Then there is fame. I have been a moth to its flame for so long and only recently it hasnae hurt so much to touch. And if I walk away now. Poof, it’s a life’s work gone.

I am a right melon wi’ decisions as well.

I think it’s because I have never known where I fit. Too hard for some, too soft for others. Mostly too soft. Too stupid, too smart. Too quick, too slow.

Then there is my skin. Light brown. Different from the folk around here. I dinnae know if you’ve noticed: there arnae many folk wi’ light brown skin around these parts.

People always notice. Some mean it kindly, like. ‘Oh, your skin,’ they will be saying. ‘Oh, it’s lovely. Where did you get skin so dark like that?’ As if I got it down some weird market for a few coins.

Sometimes they arenae so nice.

Either way it reminds you that you dinnae really belong here.

It started from childhood. It was as if there was a day when kids realised that I looked different from them. And you know what kids are like – as soon as they find a difference, there is no stopping them.

I know I’ve got to work out how to fit in. I’ve gottae pick, but my skin is all I’ve got; I cannae change it. It goes pale in the winter and brown in the summer. There is no doing anything about that.

Feeling sleepy, I sit maself down under the Eildon tree and slump down for a nap. It is delicious. The kind of nap that you dream in and dream of all day until your head hits the floor again.

I awake. I must have been asleep for some time because the sun is now setting. Dazzling she is, casting herself in great brush strokes across the sky, staining it pale blue, saffron and pink.

I must have been asleep for some time because the sun, she is now setting.

On a day like this they are stunning, these hills. Like tall waves, rolling on a green sea and crested by treetops. People argue o’er east or west and which is the best. But the borders are nae bad, like.

And then on that sunset-sky appears a rider on a creature I cannae make out. They are speeding toward me. And it’s like they are being carried on the soft breeze which caresses my body. Soon they are upon me. The steed, it is like a weird giant, well… cat?

It has stripes of black, white, and orange crisscrossing over its body. It has teeth the size of daggers. It is decorated wi’ sparkling jewels I’ve no’ seen before.

The rider is dressed all in emerald gossamer, cutting across their figure at very jaunty angles. It’s no’ an outfit I have seen often. They have long hair the colour of twilight that falls to their waist, and eyes that seem to be made of the forest in evening light. Iridescent and unblinking. Their skin is a rich golden brown and somehow shimmering, like the stars do.

I think, Baws, I have seen Mary or Jesus himself! Truth be telt, I cannae really tell. But then I think, Christ I havnae said my prayers in about seven year. I feel maself dropping to the floor and saying indistinct prayers… 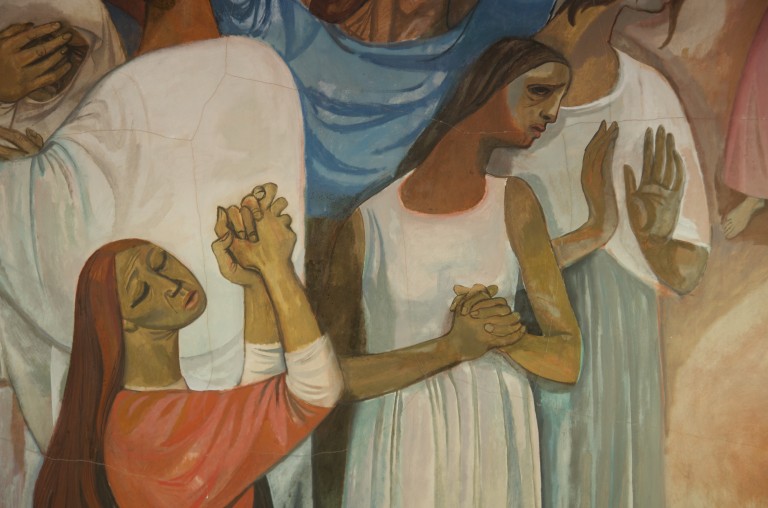 I feel maself dropping to the floor and saying indistinct prayers…

And the rider just laughs.

They speak with a voice smoother than silk.

“I am not of Heaven. I am not Mary or Christ, neither woman nor man. I am the Thane of Elfland. When you speak of me – which you will – then they, them and Thane will do just fine. Now, I have heard tales of your telling. Rise good Rhymer and give me a story.”

“If you tell well,” they murmur like the sea, “I will reward you with something of your choosing.”

Now, I am no’ what you would call knowledgeable. But they being of the Fae folk, I know if I ask for money it could turn to leaves in ma hands. If I ask for fame, I will never know a day’s rest. And if I ask for a peaceful life, I will get nothing of the sort. 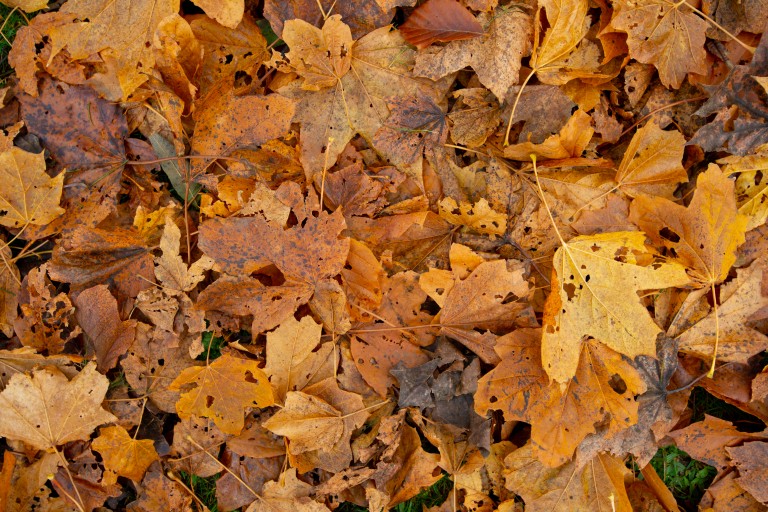 if I ask for money, it could turn to leaves in ma hands

I think of Elspeth. I think of the things her brother said to me; there is a reason I couldn’t stay. I think of a life here and I just dinnae know how to make it work. I am a melon at making decisions.

I ask for just one kiss.

“If you kiss my lips, your body will follow, and together we will away to Elfland.”

I look at their skin, darker than mine, and think – maybe this is where I am meant to go?

I take my kiss. And sure enough ma body follows and they take their lips and play them over ma chest. I am telling a tale I dinnae even know, about the sun, the moon and stars, and all the rest. What words describe what passed between us?

All of these fail to describe something so beautiful.  As they moved me, they did so with such brilliance that I felt as though I rippled with the very energy of the universe…

After, we are lying side by side. I am covered in earth and sweat; they are an image of perfection, no even a hair dares stray out o’ place.

They take out a pipe. It lights up all by itself. The embers burn orange against the now twilit sky. They draw and breathe out a great plume of blue smoke. It builds so much that I can hardly see the tree in front of me. 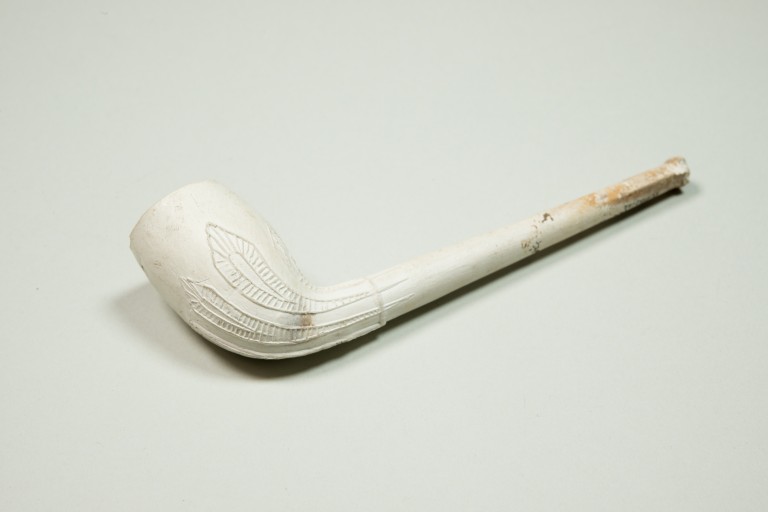 They take out a pipe.

In the smoke, I start to make out a figure. A rider, on a big weird stripy cat, in crisscrossing green.

I look to my right and the Thane is gone.

Back to the smoke and now I can just make out a second figure behind the rider. I look to my left and the world is rushing by. To my right, the same. My arms are around the Thane’s waist and my legs over the strange beast which runs faster than anything I have ever known.

“We are riding toward Efland,” they turn to me and say without opening their mouth. “Know that you chose well.”

I can only think.

I am a melon wi’ decisions…

This story is adapted from an oral version originally performed as part of the Fringe of Colour Film Festival.