A pioneering railway when it was first built, the Innocent Railway quickly fell victim of steam power’s progress, but its route and legacy lives on.

18th and 19th century Edinburgh consumed vast quantities of coal; to heat the houses and tenement flats of the city; to power the industry of the city; the brewers, the distillers, the printers, the rubber-makers. The effect of this was to make Edinburgh an incredibly smoky city. In a posthumous collection of poems by Allan Ramsay, published in 1800, he described Edinburgh as:

Auld Reeky. A name the country people give Edinburgh from the cloud of smoke or reek that is always impending over it” 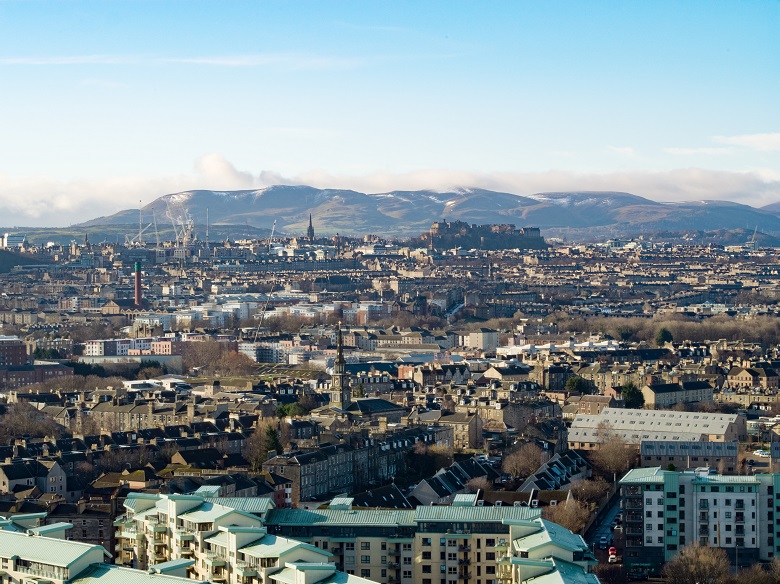 Most of Edinburgh’s good coal came from the coal pits of Midlothian, especially around Dalkeith. The Cistercian monks of Newbattle Abbey had been mining the coal seams of Prestongrange and Newbattle since the 13th century and by the 19th century it was an established industry in Midlothian.

But getting the coal to Edinburgh wasn’t easy. It had to be taken by horse-and-cart along roads which weren’t great, both of which added to the cost of coal for the consumer and made the coal uncompetitive compared to that which could be brought by sea and the Union Canal.

In 1825 a business consortium, consisting of Midlothian pit-owners and led by the Duke of Buccleuch proposed to build a horse-drawn tramway to link their pits with Edinburgh. Plans for the route were drawn up by renowned engineer James Jardine and land for a terminus was identified in the St. Leonard’s area of the city, adjacent to the then King’s Park. 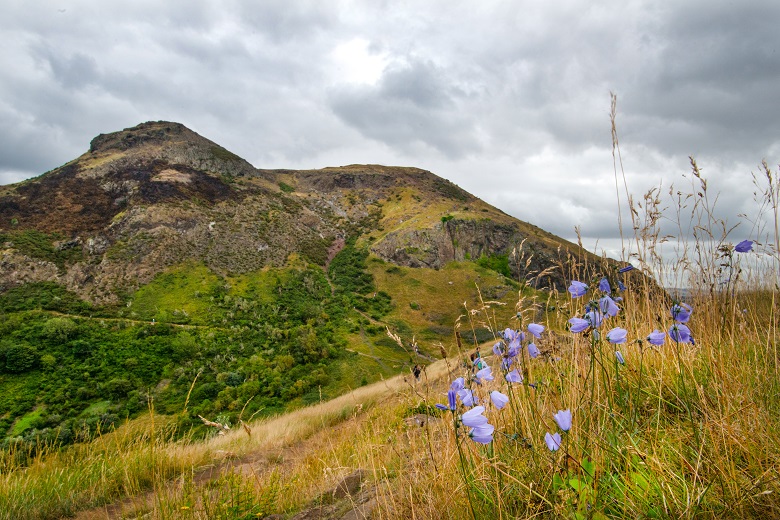 On the 26th May 1826 the Edinburgh and Dalkeith Railway Company received its Royal Assent to build its tracks and the required infrastructure. The route was laid as a double track, with a gauge of 4ft 6in to match those used by the coal pits.

From its early days the Edinburgh and Dalkeith Railway was commonly referred to as the Innocent Railway due to it being horse drawn. In an age when the early steam engines had been viewed with mistrust for being too dangerous and too fast, this horse drawn version was thought a safer alternative. You might have heard the story that it got its name because nobody was killed or injured during the construction or operation of the line. Sadly this isn’t true. Records show that there were accidents on the Innocent Railway, throughout its period of use, including fatalities.

In order to reach the St. Leonard’s terminus a 518m long tunnel (the first railway tunnel in Scotland) was bored through the bedrock of the King’s Park, which at a cost of £12,000 was considerably cheaper than the other options.

The tunnel formed an incline plane into the station, with an incline of 1:30 (which might not sound much but is very noticeable to anyone who has cycled through the tunnel) and waggons were hauled up on rope drawn by two steam engines (made by J & C Carmichael of Dundee), as the incline was too much for the horses. 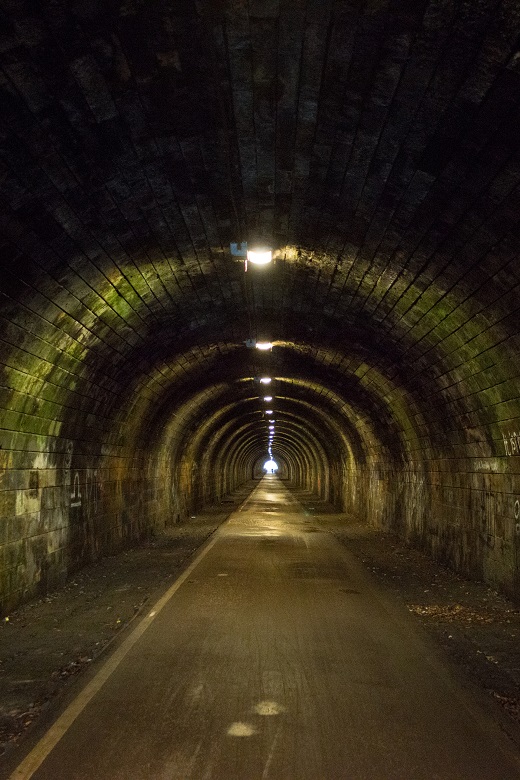 Looking down the Innocent Railway Tunnel – note the incline!

Construction of the line took longer than anticipated, and when it finally opened in July 1831 it was only a limited track from the terminus at St. Leonards to Craighall, but it was quickly extended to Dalhousie Mains, and on to Newtongrange.

A ticket to ride

The line carried a lot of coal into Edinburgh, between 130 and 190 wagons a day could be moved up the incline to the depot and coal yard at St Leonards. And it didn’t take long for an enterprising businessman, Michael Fox, to put a stagecoach on the tracks to carry passengers.

This proved to be a hit straight away with over 14,000 passenger journeys being made in the first month alone. Interestingly for the payment of a toll, anyone could put on private carriage for personal use, and with no intermediate stations, passengers joined and alighted wherever they pleased along the route. Fox carried on his operation until it was taken over by the Railway company itself in 1834. 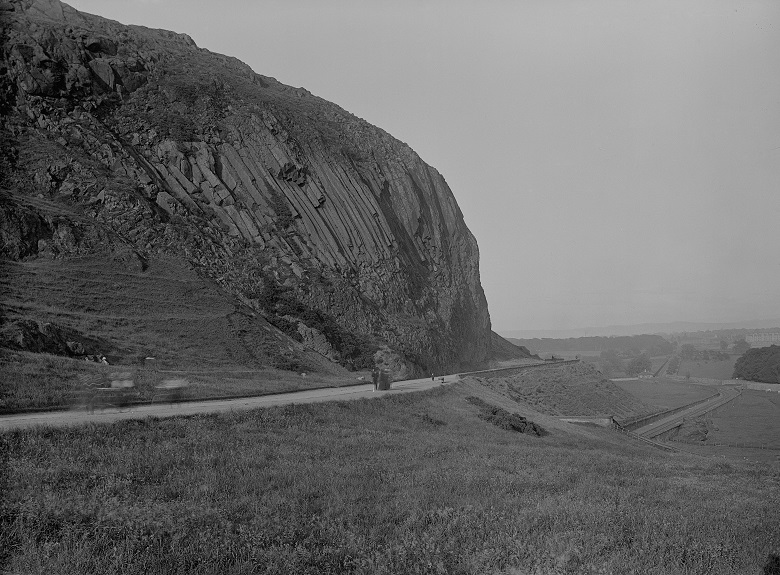 This archive photo taken between 1880 and 1900 shows the Innocent Railway exiting the southern end of the St Leonard’s Bank Tunnel with King’s Park and the rock formation known as Samson’s Ribs, to the left © Courtesy of HES (Whytock and Reid Collection).

Further branch lines were added, allowing passengers to make journeys to Leith (Constitution Street) and Dalkeith itself. Over a million passengers travelled on the lines between 1824-44 making it (according to contemporary sources) a busier passenger operation than the more famous Liverpool and Manchester Railway.

Technological advances in the middle of the 19th century meant that the Innocent Railway was quickly surpassed by those which had adopted steam power. North British Railway purchased it, incorporating it into its network and relaying the track at the standard gauge, allowing it to take locomotives – the end of the ‘Innocent’ era, although parts of the line are still in use today, as the Borders Railway Line.

The St. Leonard’s Branch, and the tunnel, was closed to passengers in 1847, but carried on in use for coal and goods. The use of steam locomotives meant that the rope drawn incline was no longer needed, and an array of weigh stations, track and warehouses (including the largest bonded warehouses in the world) sprung up at the St Leonards Depot.  It was only in 1968 with the closure of the last coal yard (Hugh Leckie & Sons) that the line became was redundant and was closed down. 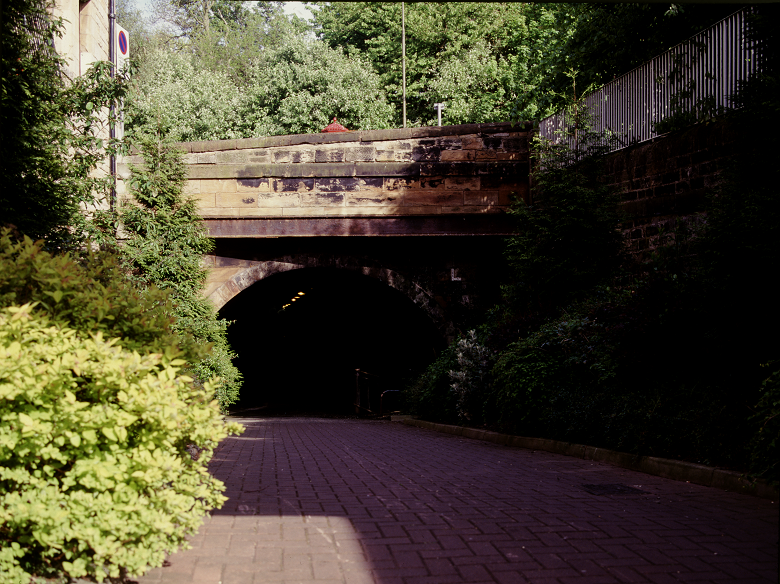 In the 1980s part of the Innocent Railway from St. Leonards to Brunstane was re-opened as a cyclepath and is part of the National Cycle Network Route 1.

The top of the tunnel can be accessed by following the signposts in the Newington area of Edinburgh; the easiest access is from Holyrood Park Road, just before entering the park.