Kirsty Logan reimagines the Gaelic folk tale of Beira, the winter goddess said to have built the mountains of Scotland, with an LGBT twist in this poem commissioned for World Storytelling Day.

We love a bit of folklore here at HES – not least because stories have the power to shape cultural views and traditions. This LGBT+ History Month, we asked author Kirsty Logan to re-imagine the Gaelic folk tale of Beira, the winter goddess whose reign was said to end on the longest night of the year.

After this point, she would  drink from the well of youth and get younger every day, as the light returned. Beira was said to have built the mountains of Scotland with her magic hammer, using the tallest (Ben Nevis) as her throne. She was also known as Cailleach, meaning old woman or hag in Gaelic.

Sit by me now
The circle of us a crown on the hilltop
The shiver of night air, cold as stars
Light still a promise behind the far rise 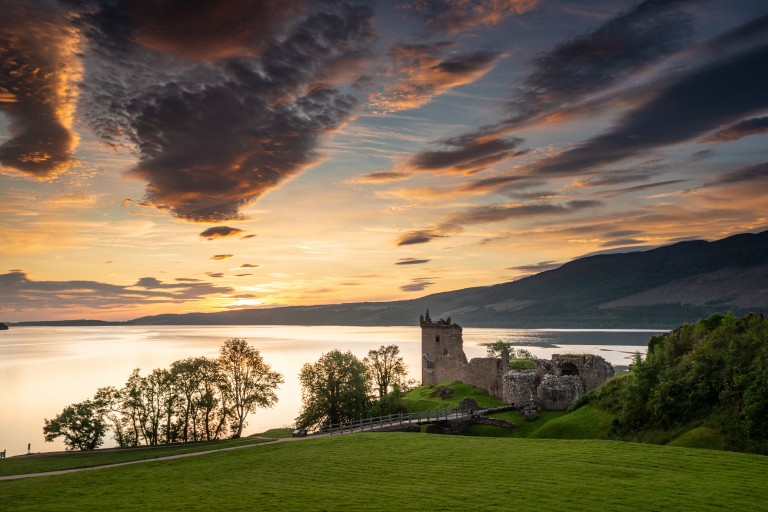 All myths begin with the rise and fall of the sun

And it starts there too –

But I have embraced men
Over and over
Many a man, and women too
And outlasted them all,
Outlived them all
Outloved them all and all and all
Until
She –

She, spring goddess, flower queen, made all of petals
She, my mirror, my opposite, the perfect shape to fill the gaps in me
Hair yellow as the sun – while mine is the white moon, reflecting
Eyes blue as a man dead of cold – while mine are the black of peat
Body round and soft like fresh bread – while I am tall and thin as a winter tree

She, there, just beyond the distant hills
Calling out for me, making my name out of light
Calling me not for power, not for storms, not even for mercy
But for love

And I
A goddess who built mountains
Literally built them, did you know that?
Those mountains you see – taller than your house, taller than any building you’ve ever been in
I built them, me and my hammer, I did that
And still I –
Still I, at the sight of her, at the closeness of her
Am humbled, am powerless, stricken, silent, sheer shambles 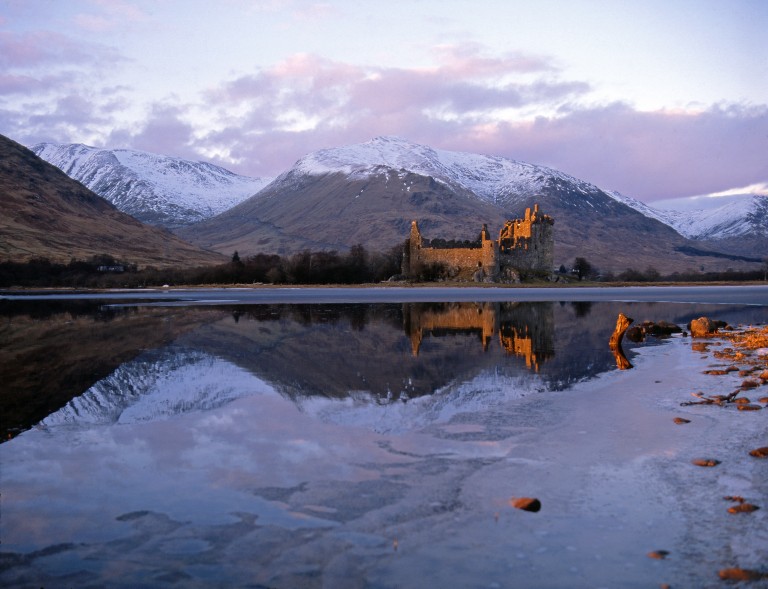 A goddess who built mountains

And I
Messed it up.
Okay? I messed it up.
For a long time it worked, and then it
Didn’t.
And it was me. I know it was me.
My heart is white and ice
And beats in fits
And her hands were warm and strong and melting
And I said it wasn’t enough
Even though it was everything
The air turned cold again
She took those hands away
And never touched me again –

I made this loch for her, to win her back
You see it?
Peat black
Days wide
Deep enough to swallow a town
Deep enough to hide a monster
And you know what? Perhaps I put one in there, just for her
Wee beastie, secret tale
Hiding down there in the depths
Hoping she’d come back
Just to find it

If you like that story, here’s another:
You can buy a tea-towel of me
Or a keyring, if you don’t wash dishes
Or a postcard, if you don’t have a home you need to open
They show me accidentally making the loch
Accidentally, not-on-purposely, not-an-act-of-incredible-love-and-devotion-ly
And this is why you should not let someone else tell your story
You can make an entire loch for the love of a woman
And they’ll say you didn’t mean it
They’ll say you can’t have done it
They’ll say you don’t know your own ice-white fast-beating heart full of the sound of her name

So let’s start here
The circle of us a crown on the hilltop
The shiver of night air, cold as stars
Light still a promise behind the far rise