Recreating the Book of Kells

Go behind the scenes on a project aiming to recreate part of the Book of Kells, once described as ‘the most precious object of the western world’.

The Book of Kells is one of the world’s most famous relics. It’s been handed down through the generations as a venerated artefact for almost a millennium, without interruption.

In this guest blog, artist Thomas Keyes explores the idea that the Book of Kells could have been produced in the Highlands and introduces his project to prove it could have been: recreating an iconic Kells folio using traditional techniques and local resources.

What is the Book of Kells? 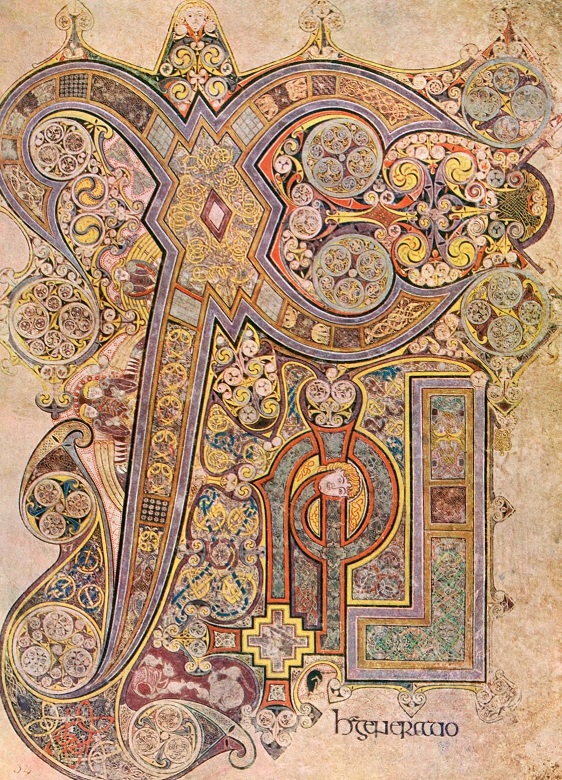 Part of the Book of Kells (Public Domain, via Wikimedia Commons)

The Book of Kells is an illuminated religious manuscript which contains four gospels of the New Testament. It’s renowned for its extravagant and complex illustrations which feature Celtic patterns, Christian iconography and depictions of humans, animals and mythical beasts.

Tradition has it that monks at St Columba’s monastery on Iona (or possibly Columba himself) created the book. When Viking raids threatened Iona, the monks are thought to have escaped to Kells, in Meath, Ireland. 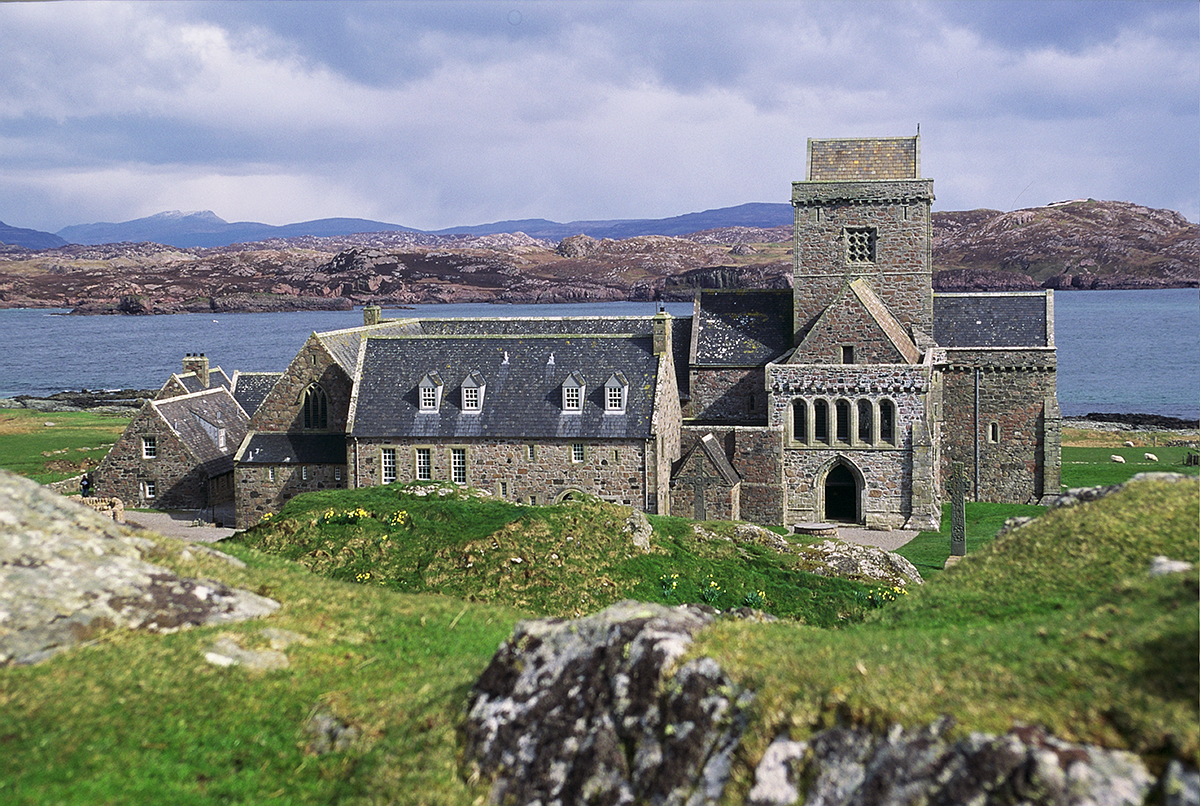 Around 1007, the Book was stolen from the church at Kells. It was missing for ‘two months and twenty nights’ according to the annals of Ulster. It goes on to describe the manuscript as ‘the most precious object of the western world’.

Once recovered, the Book remained at Kells until the 17th century. By then, the once-powerful Columban abbey had become a near derelict parish church. It was badly damaged in the 1641 Irish Rebellion. For safety, the Book of Kells was transferred to Dublin. It was presented to Trinity College, where it remains today. 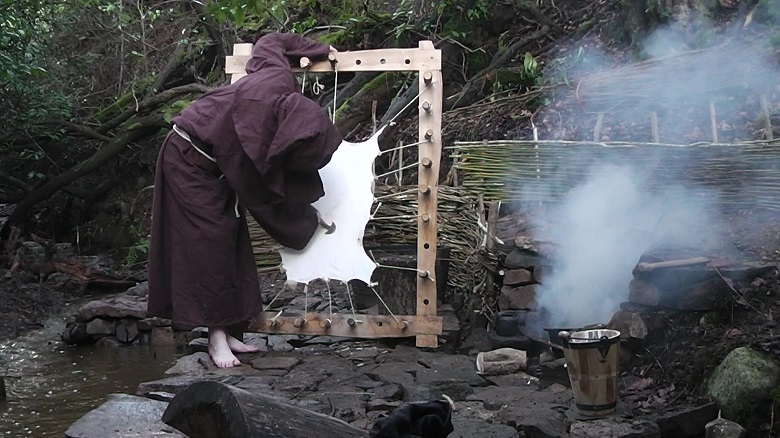 How parchment making would have looked at Portmahomack (Thomas Keyes)

Despite a millennium in the public eye, there are still some very basic details about the Book of Kells we don’t know for sure, such as exactly when it was made, where and by who.

We can try to find out more by looking at the pigments which make the Book so colourful. There has been great progress in research over the last two decades, leading to an accurate list of most of the pigments involved. There are also some intriguing archeological clues.

The Church of Saint Colman in Portmahomack on the Tarbat peninsula had been turning up interesting fragments of Pictish sculpture for many years. In 1994, archaeologists embarked upon an excavation in order to understand the site better. 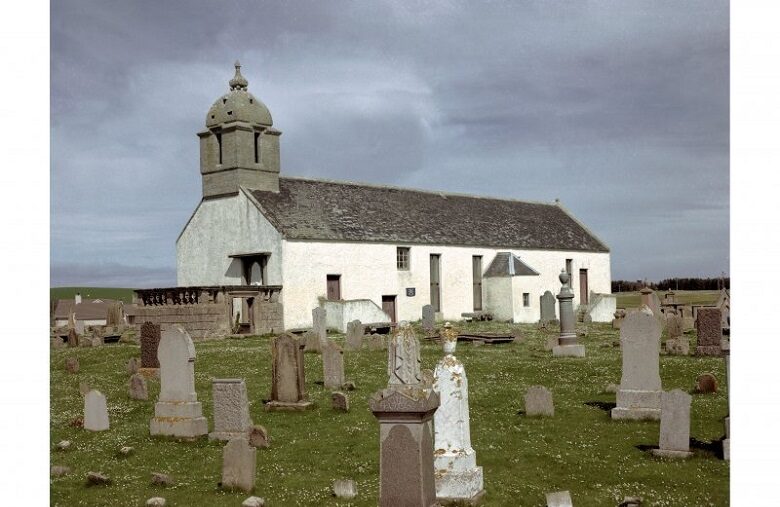 Over the next two decades what they uncovered turned out to be one of the most important archaeological discoveries in Europe. It included an elite farmstead, followed by a Pictish monastery. A workshop that produced books and fine metalwork was also uncovered. The church building is now The Tarbat Discovery Centre, a museum telling the story of the site.

These archeological discoveries suggest that the site at Portmahomack is arguably the only one which would have been capable of producing such a complex manuscript as the Book of Kells.

So could the Book of Kells could be have been produced in the Highlands? 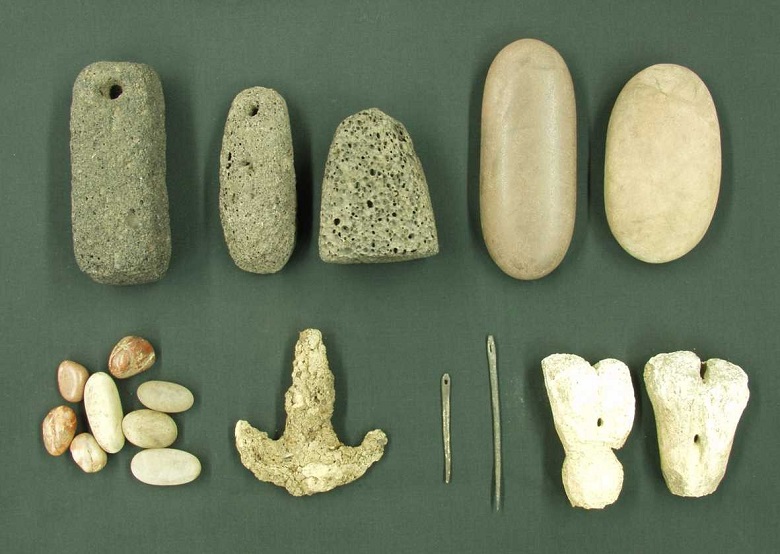 The significance of the early medieval monastic complex discovered in Portmahomack can hardly be overstated. Before its discovery there was no evidence of mediaeval parchment making techniques anywhere.

It wasn’t just the parchment workshop that caused excitement. There was also a metal working area with evidence of craftsmanship of the highest quality. This included a metal boss thought to be made by the same craftsman that produced another Irish treasure, the Derrynaflann silver paten.

A stylus (an old writing implement) was also recovered, along with a book clasp and fragments of high quality Pictish sculpture. You could not hope for a better range of finds to support the theory that a manuscript of Kells quality could have been made at this site.

One more crucial detail emerged later, once all the post holes and structures had been documented. The entire site was laid out geometrically, hinting that the craftsmen shared the same obsession with geometric detail found in the great insular gospel books.

Evidence from the pigments 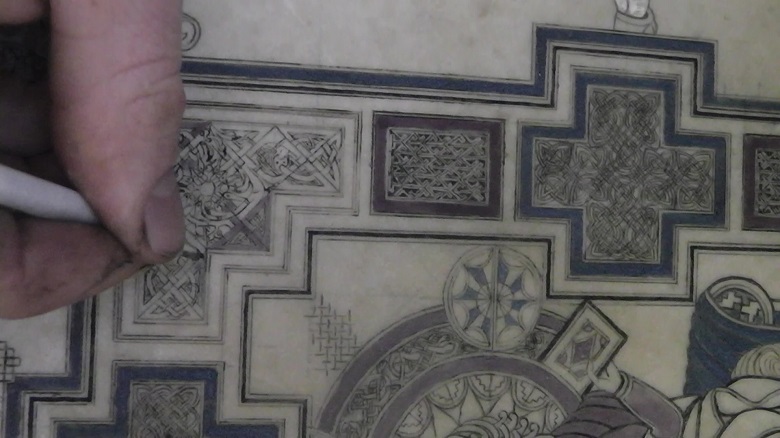 At the same time as archaeologists were analysing the finds from Portmahomack, the Book of Kells itself was being put under the microscope.

Between 2004 and 2006, a technique called micro-Raman spectroscopy was used to analyse the book’s pigments. This resulted in an almost complete list of ingredients, some of which contradicted earlier analysis. There were all the usual suspects for a medieval manuscript, including red lead, Verdigris (blue/green) and orpiment (yellow).

However, the blue, which had previously been identified as the mineral Lapis Lazuli from Afghanistan turned out to be dye crop woad, locally available in the Highlands.

The purple ink in manuscripts is often associated with that derived from the murex shellfish. But in 2007, the organic purple in the Book of Kells was identified as orcein, made from lichen. The use of certain lichens for their purple pigment is part of the traditional dyeing techniques of the Highlands and Islands.

Making the Book of Kells in the Highlands 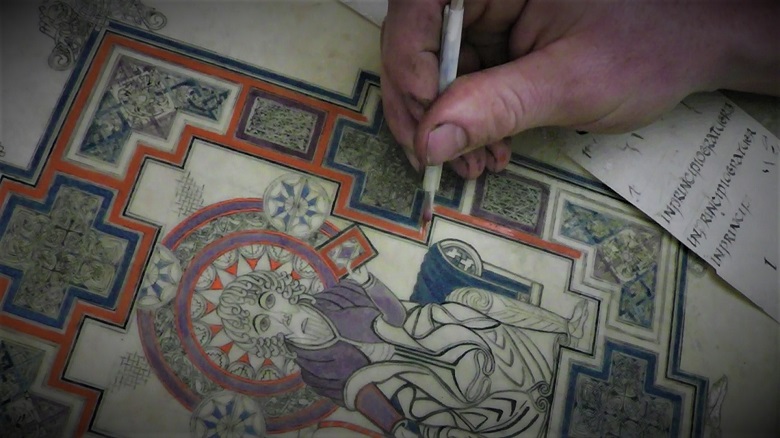 Archaeologists and scientists have provided great insight into the materials and methods used to make the Book of Kells in recent years. Enough, I believe for it to be taken up as an experimental archaeology project.

This is the plan: I’m aiming to reconstruct folio 27v from the Book of Kells. It’s an image of the four evangelist symbols within an ornate border. It contains all of the pigments and most of the decorative features representative of the book as a whole. If it was an excavation, this is where you would put a trench.

I’m planning to make the parchment to the specifications suggested by the evidence from Portmahomack. I will aim to source all of the raw materials within the locality. This will involve growing woad, collecting lichen, cooking lead carbonate and so on.

I’ll create my design from first principles by working out the geometric ratios employed by the original artist. I will attempt to relate each design feature to an artefact with better context and provenance than Kells, with Pictish sculpture being a major source. 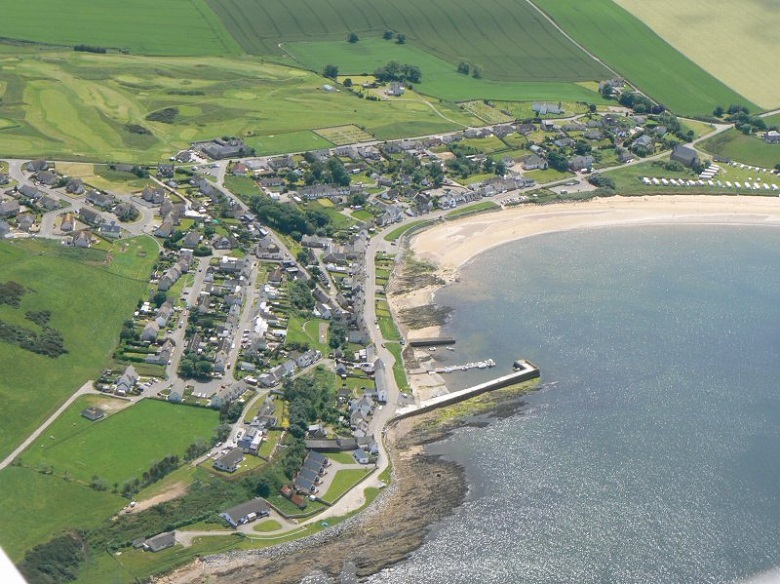 An aerial view of Portmahomack (© Courtesy of HES, via Canmore)

The finished manuscript will be displayed at Tarbat Discovery Centre, the custodians of the monastic site at Portmahomack.

This project will run as a crowdfunding campaign with some of the world’s leading manuscript experts on board to make sure it’s completed to the highest possible standards. The pigments will even be analysed using Raman spectroscopy, just as the Book of Kells was, to ensure accuracy.

You can find out more about the project at www.scribalstyles.net

A lot of time, money and expertise has been spent on the Book of Kells over the years. If a Highland provenance can be established then all that research becomes a window into the material culture of the Highland Gaels at the pinnacle of an incredible cultural flourishing.