Find out how a chance discovery – and a mobile phone – revealed the hidden secrets of a medieval tomb in Dunkeld Cathedral.

Discoveries are made in the oddest of places. Previously undiscovered artefacts are still being found in fields, under floors, in dry-stane walls and built into later structures.

Often, these are in remote locations or previously unexplored environments.Very occasionally though we come across new finds right under our noses, at the heart of the carefully preserved HES estate. 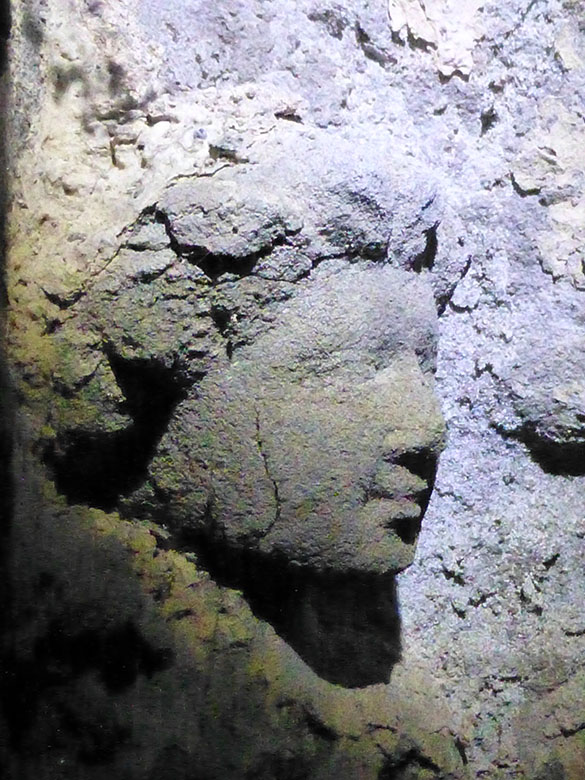 During a recent conservation assessment of Bishop Cardeny’s wall tomb in Dunkeld Cathedral, a torch-lit inspection made a remarkable and unexpected discovery.

The initial aim was to find preserved carved detail on the rear of the effigy, but an anomaly was noticed. The arched roof of the effigy did not join the wall as expected, but seemed to curl out of sight. A gentle exploration by hand discerned a hidden carved moulding running around the back of the arch.

After much neck-straining and with the help a touch, an extraordinarily-detailed little carved figure was revealed. Could this suggest a secret, unseen side of this monument was hidden within the the wall? 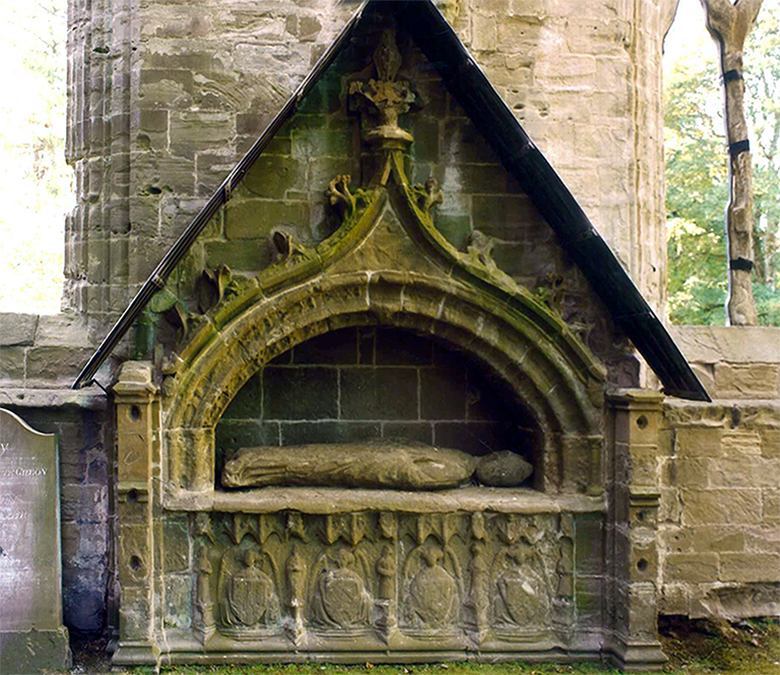 Photos of the space behind the moulding were taken using a slim mobile phone. This would not have been possible with a bigger device, even a compact digital camera, so we must be thankful for modern advances in phone technology!

The images revealed that there was not just one but several figures behind the arch. They closely match a similar figure on the front of the monument; though that one it is very worn and indistinct. 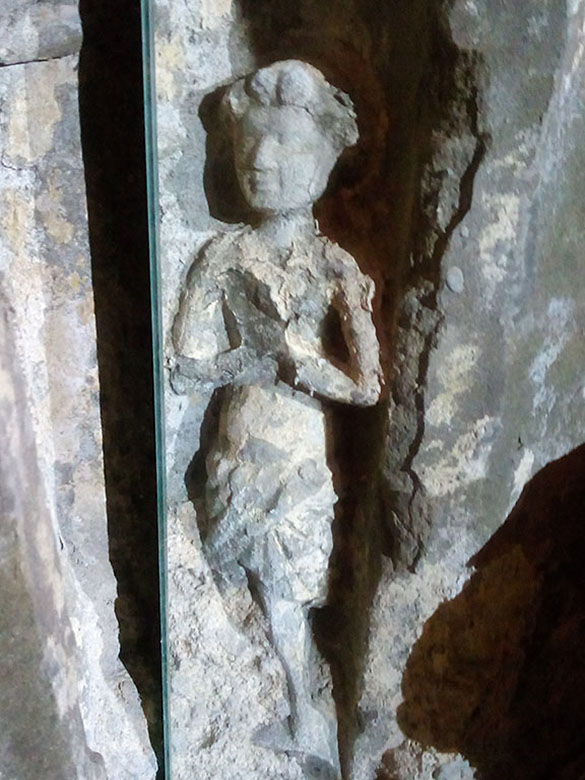 Higher resolution images were subsequently taken, reflected via a mirror. Reversing these images gave an accurate view of the carved features.

The images were also used to create a 3D model of the best preserved figure. This has enabled ‘remote’ study of the carving, as well as the ability to 3D-print a replica. 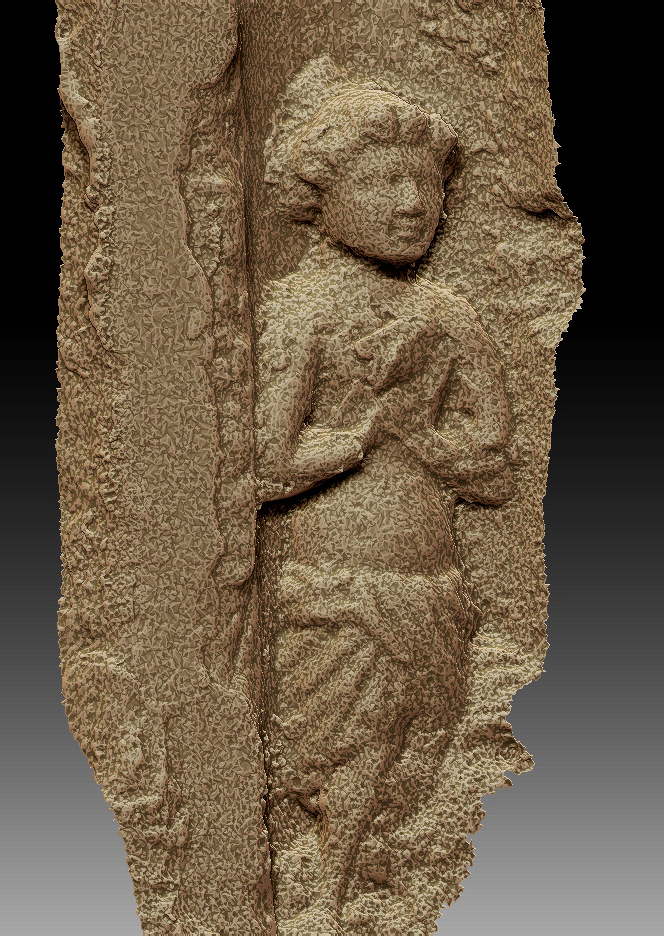 Research tells us that Bishop Cardeny’s tomb was built in 1420 (17 years before his death!) and originally located in St Ninian’s chapel within the nave of the cathedral.

It must have been carefully dismantled and skilfully rebuilt in its present location at a later date. It is most likely that this occurred during major restoration work to the cathedral carried out by the 4th Duke of Atholl, between 1814 and 1818.

It is likely that the tomb was similar to another at Fortrose Cathedral. This was decorated on both sides and clearly designed to be viewed from more than one angle. 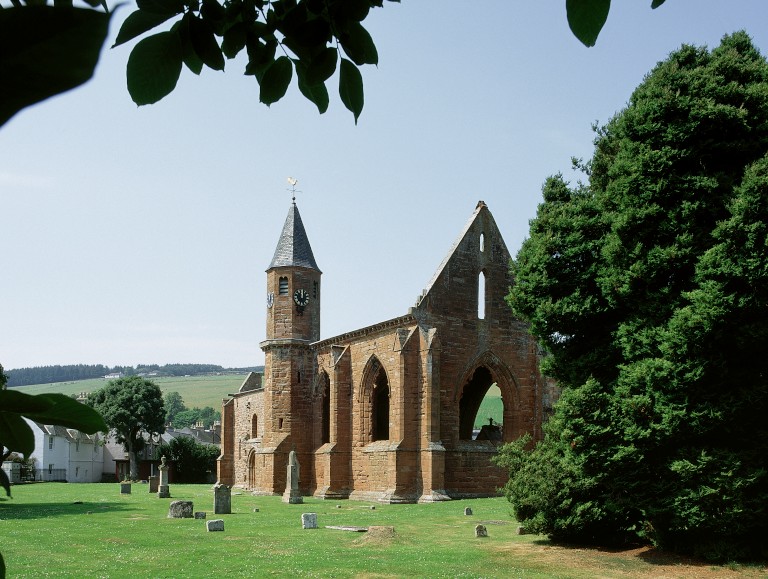 So we now have the exciting possibility that the other side of the tomb, intricately carved, may be a hidden in the wall. This means it will have been protected from the last 200 years of weather and erosion. A thrilling prospect! 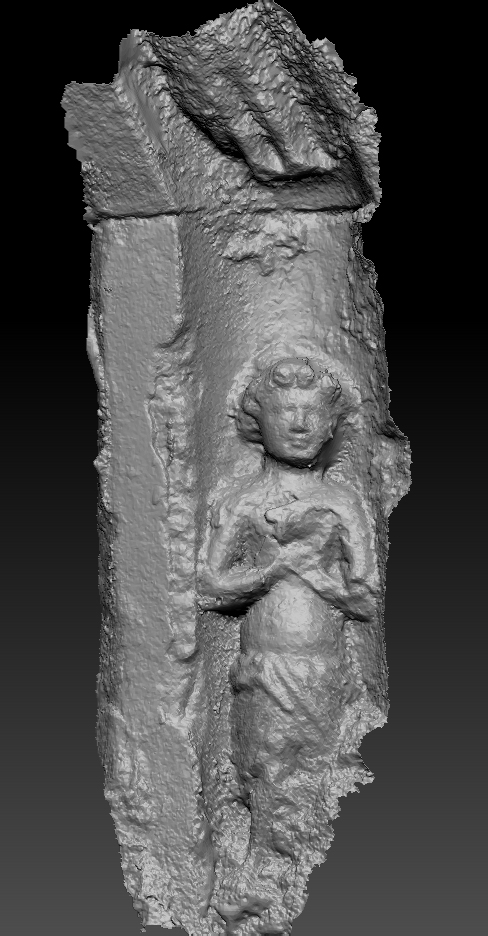 We should also be aware, however, that some masonry elements of the tomb may have been re-shaped or even omitted to enable it to fit into the wall space.

Nonetheless, plans are under way to decide the most sensitive way to explore and record the hidden features that may have survived within.  It may be that the tomb still has much to teach us.