Where’s the Party? The ever changing face of our social spaces

Deputy Head of Survey and Recording Iain Anderson explains our changing social spaces, how we record them and why he just can’t bring himself to get rid of his CD collection.

A recent post on the satirical site The Daily Mash entitled ‘Man believes CD collection is worth actual money’ hit a little too close to home for me last week.

Having moved home twice in the past year, carting with me multiple boxes of precious CDs (even the ones free from the front of magazines) the article felt personal and targeted. At the same time it was achingly true. I’ve carried my music around on a tiny devices for well over a decade now, but these boxes of CDs will always have a personal value.

Part of the Tribe

The current exhibition we’ve put on at Summerhall in Edinburgh – Visible Girls Revisited/Invisible Spaces – focuses on Anita Corbin’s 1981 portrayal of the lives, tribes and spirit of British women as revealed in their clubs and pubs.

It captures how musical and social tribalism is defined by what you listen to, what you wear and where you go. Just like my boxes of CDs, it also captures that, as change inevitably happens, the things that define you soon become a part of history.

This got us thinking about the spaces that we might consider recording for the National Record of the Historic Environment. 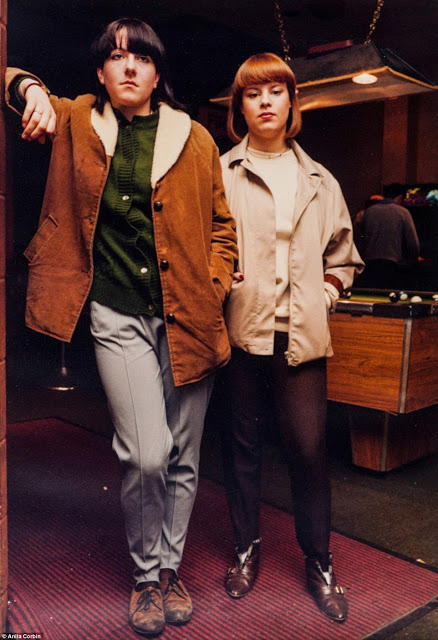 Gone in the blink of an eye

Working in the heritage sector means that you don’t just experience such change. You have to anticipate it and think about how to react to it. And being honest, we as a survey team haven’t reacted proactively enough yet. In recent years, change has again come fast to the places where we consume our music and culture.

The likes of Virgin Megastore and Woolworths have disappeared from the High Street. Many of the smaller independent record shops that once dotted the country have closed. So have endless pubs, clubs and venues. Time and again, the places that felt like institutions to many of us are gone in what feels like the blink of an eye.

The Architecture and Industry team at HES recorded Ripping Records in 2017 shortly before its closure because of its strong cultural memories for anyone buying music or concert tickets in the capital. 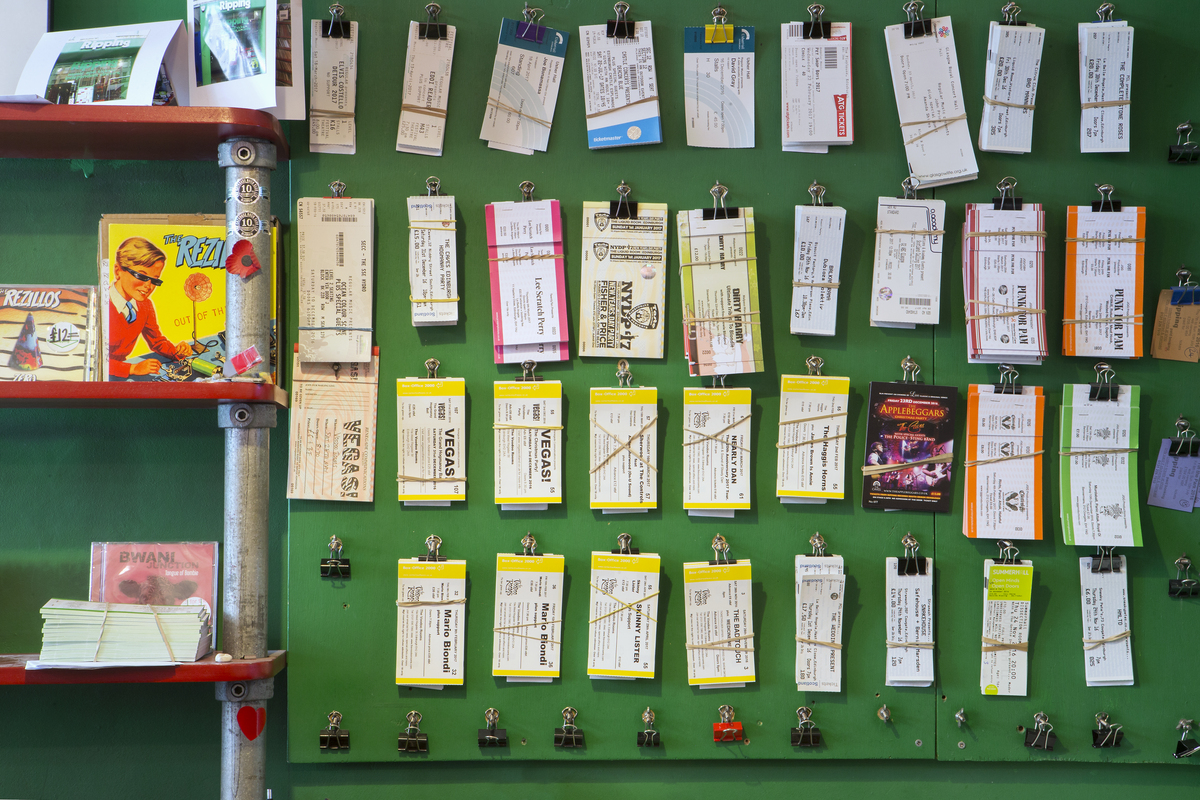 This isn’t a new phenomenon, of course. I’m not suggesting HES runs out and starts to list the nearest chain-store or nightclub that’s about to become a victim of our ever-changing consumer habits.

There’s crucial differences between everyday places and those which are worthy of preservation for the longer term. There’s also a need for us to broaden our scope. Through our National Record, we can celebrate and capture a much more diverse view of heritage in Scotland.

Our Contemporary Heritage strand of recording will make a concerted effort to better identify what our musical and social heritage might look like in the future.

To do this as best as we can we need help (before my colleagues and I become fodder for yet more satirical web posts!).

We might kid ourselves otherwise, but heritage professionals in their 30s and 40s might not be the best people to be ‘in the know’ about the music and venues that are becoming future institutions.

This is the difficult bit. How do we engage with people living in the moment at parties, in nightclubs, at gigs or on shopping trips? This is what will help us capture these events as future heritage.

For example, small scale brewing has gone massive. In 2013 we recorded the Brewdog brewery in Ellon, Aberdeenshire as an example of Scotland’s 21st century resurgence in beer making. We also photographed the Brewdog pub in Aberdeen as example of the company’s brand identity. 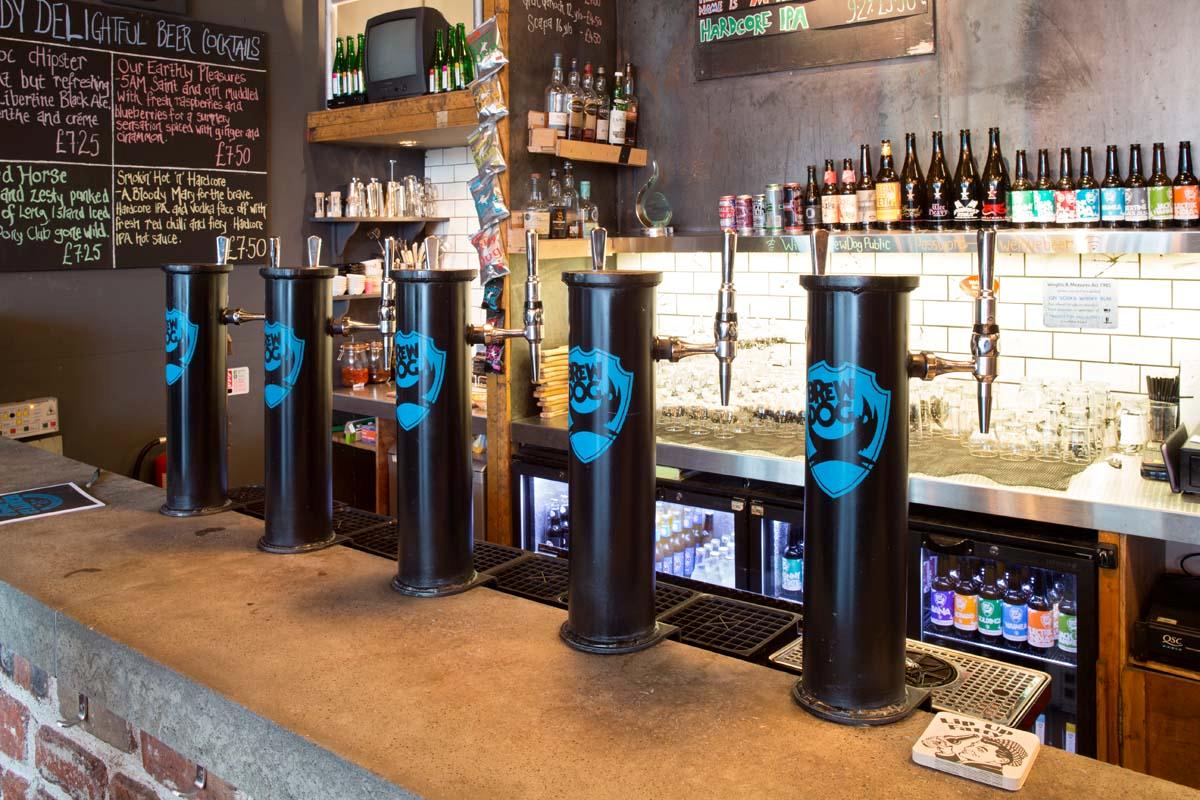 At the forth-coming Winter Warmer, we’re lucky enough to be being joined by two young artists who have recently been working at opposite ends of the spectrum of social space. They have creating amazingly interesting documentary records in working men’s clubs and at musical venues in Glasgow.

We’ll discuss their work, our work at HES, and whether we can develop a way forward to capture a national record that represents the everyday places and experiences, of our social lives.

Join Iain Anderson of our Survey and Recording team for fascinating discussion about social clubs, night clubs, gig venues and much, much more at our Winter Warmer event on Saturday 15 December, 3pm, John Sinclair House.

Iain and his special guest speakers will show you how the ever changing face of our social places can be represented in the National Record of the Historic Environment. We promise that this music-related hour will be free of the usual Christmas tunes that you’re already tired of hearing!  Be sure to reserve your free place.

Iain Anderson is the Deputy Head of Survey and Recording and leads the team that go out and about recording the nation’s buildings and industry. He’s interested in what we need to record from the last few decades for users of the National Record in many years to come. View all posts by Iain Anderson