The Goths of Fife and the Lothians

Ever wondered why your local pub’s called ‘the Goth’? We go to the mining communities of Fife and the Lothians – via Sweden – to answer this peculiar pub quiz…

Anyone living or growing-up in Fife or the Lothians might have spotted a few towns and villages that have, or used to have, a pub called the ‘Goth Inn’, the ‘Goth Tavern’, or something along those lines.

Believe it or not, these pubs have nothing to do with rock music, make-up, or even architecture. In fact, the names are all to do with the pub’s business model, which has its roots in Scandinavia.

In 1855, levels of drunkenness in Sweden led to the banning of all home stills. Up until this point, it was legal to distill your own spirits.

The ban gave local authorities the power to grant licences. In the city of Gothenburg, they decided to award the retail spirits licences to just one company, run as a trust.

The trust’s overall aim was to control the pubs and off-licences in a way which wouldn’t encourage excessive spirit-drinking. Premises were decorated as plainly as possible, in order to make drinking there seem unattractive.

Five percent of the trust’s annual profits went to the shareholders. The remainder was kept to benefit the local community. With the town treasury in control, the money provided museums, libraries, parks and other local facilities.

Beer and wine sales didn’t contribute to the fund, but the system proved quite profitable nonetheless. It provided thousands of Kronor per year for the city of Gothenburg! 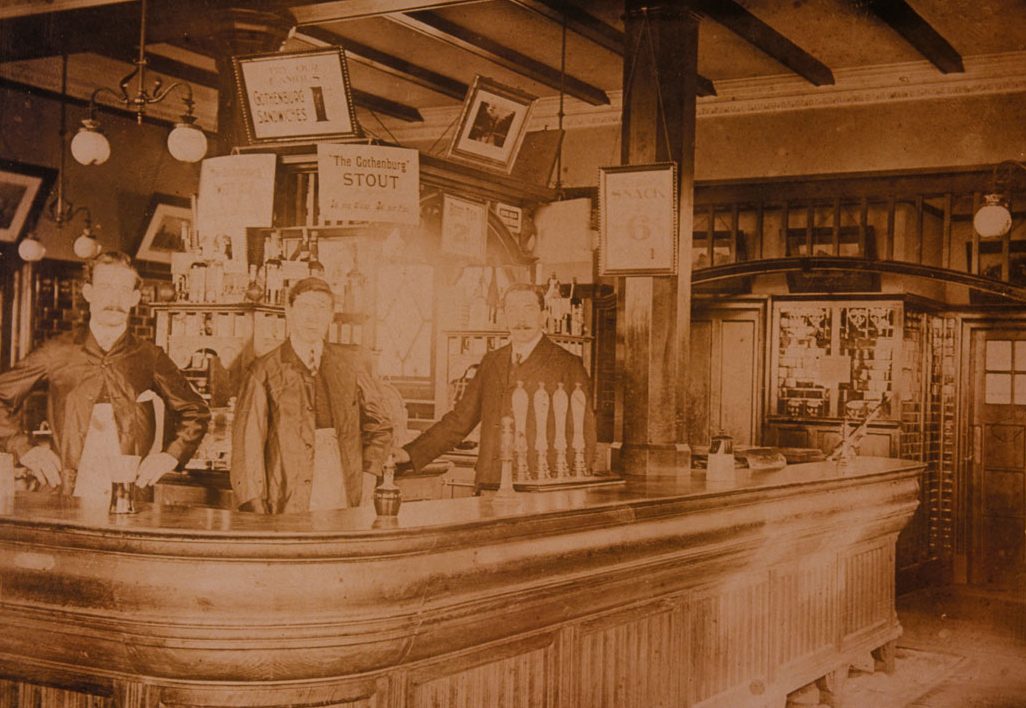 The Prestonpans ‘Gothenburg’ pub, also known as ‘The Trust Tavern’ (and later ‘The Forth Tavern’), was opened in 1908. © East Lothian Library Service.

The ‘Goths’ arrive in Scotland

The ‘Gothenburg system’ spread quickly throughout Sweden, and word of its success reached other countries.

Scottish temperance campaigners, looking to control alcohol consumption, began to advocate the system. When the Industrial and Provident Societies Act of 1893 allowed its adoption, it was applied in a number of ways across Scotland.

In the coal mining communities of Fife and the Lothians, it took a particularly strong hold. Some coal companies provided the initial funds to establish the Gothenburg system in the communities where their employees lived.

In 1896, the Fife Coal Company Limited established Scotland’s first Gothenburg experiment in the colliery village of Hill of Beath.

The Prestonpans Gothenburg pub, also known as ‘The Trust Tavern’ (and later ‘The Forth Tavern’), opened in 1908. Run by the East of Scotland Public House Trust Ltd, its aim was to provide comfortable surroundings where miners could gather and promote the drinking of beer rather than spirits.

Other ‘Goths’ sprang up in mining communities such as Kelty and Cowdenbeath in Fife, East Whitburn in West Lothian, and Newtongrange in Midlothian.

There was a particular surge in the number of communities in Fife experimenting with the Gothenburg public house system between the end of the 19th and the beginning of the 20th century. Application of the system varied, and so did the overall benefits to each community.

Accounts recorded by Joseph Rowntree suggest that it was difficult to gauge the success of the experiment in Hill of Beath. Some complained that the company-owned public house was to blame for a decline in the activity of other temperance societies.

There was also the opinion that the establishment of a new pub had simply increased the facilities for obtaining alcohol!

In nearby Kelty, the experiment had similar outcomes. There were already five other ordinary pubs in Kelty in the early 1900s. One was was directly opposite the Gothenburg house! 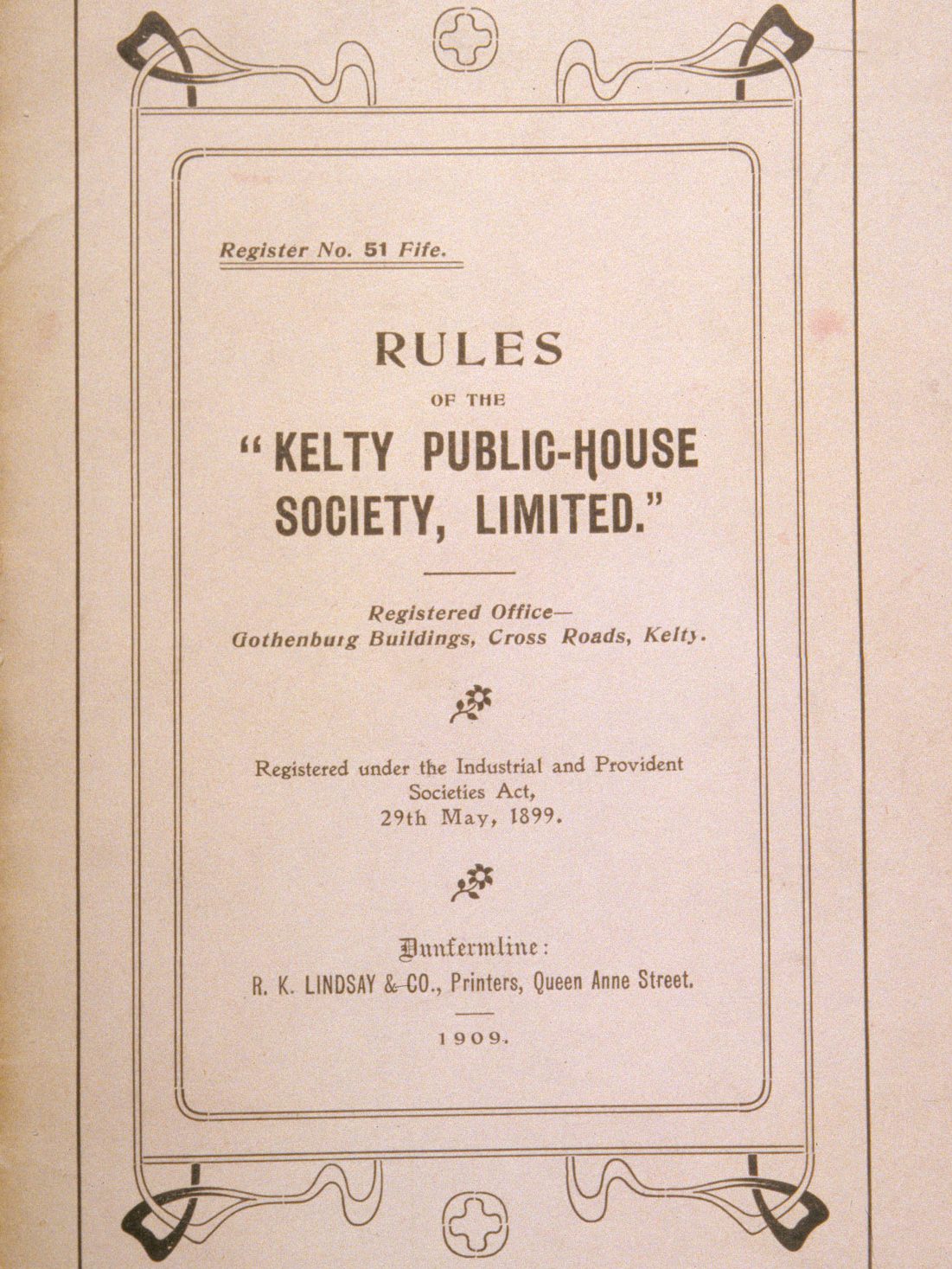 ‘Goths’ in the community

Despite the challenges of gauging temperance success, there were numerous positive outcomes to the Gothenburg experiments.

In both Kelty and Hill of Beath, Rowntree’s reports confirm that the profits of the public houses went towards improvements in the village. The Trust Tavern in Prestonpans provided its patrons with free hot meals.

The ambitious Dunfermline Public House Society was established in 1901. By 1946 it owned five public houses in Dunfermline. They issued grants to charities, and even sponsored local sports events.

Elsewhere, profits made at the Black Bull Inn in Dalkeith, Midlothian (run by The Dalkeith Public House and Improvement Company) funded the welfare of the community using Gothenburg principles. 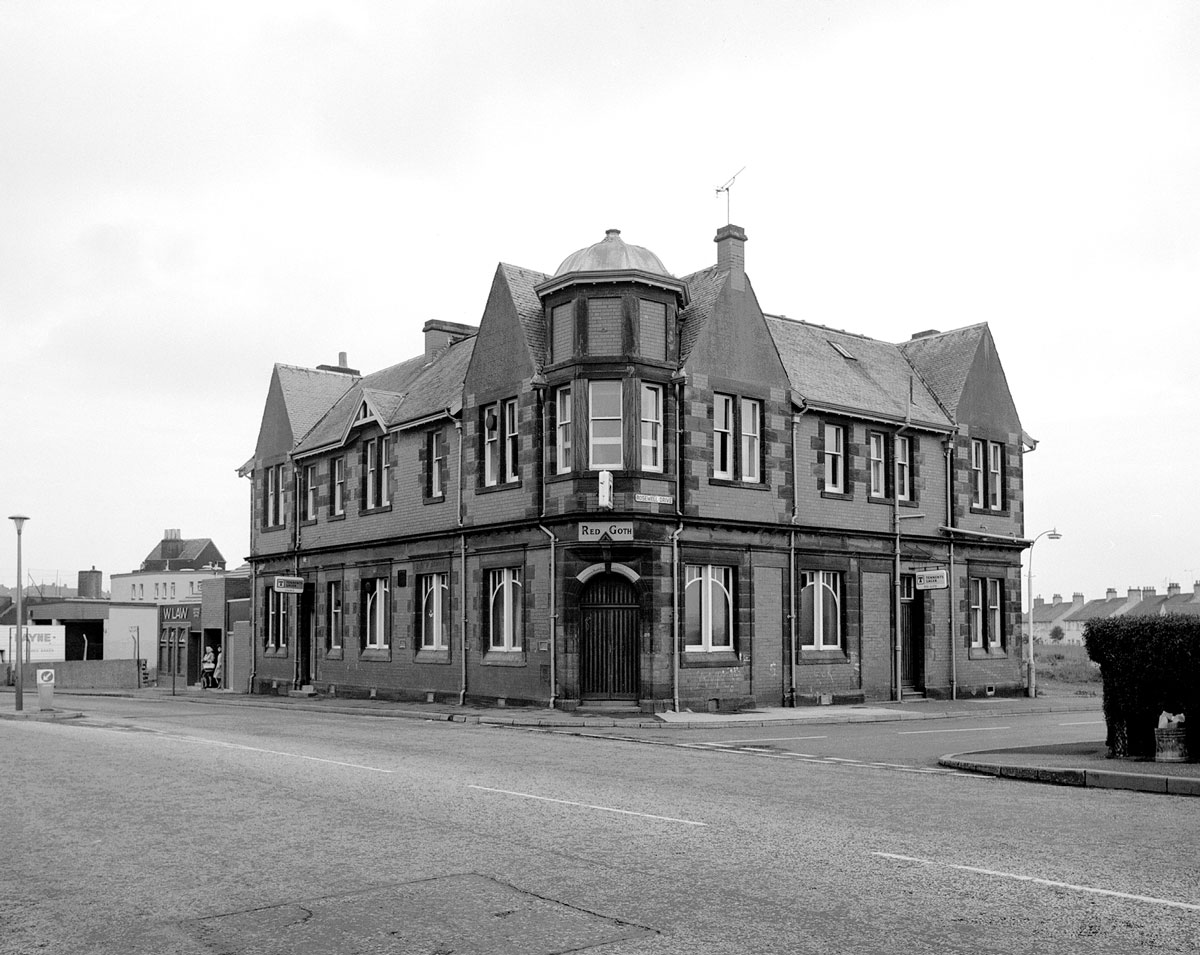 The Red Goth in Lochore was one of a number of public houses built in Fife to be managed on the ‘Gothenburg’ principle. © Royal Commission on the Ancient and Historical Monuments
of Scotland.

Whether the Gothenburg public houses encouraged the communities they served to drink more or less alcohol has still to be properly investigated.

However, there’s no doubt that communities did benefit from their profits. Once the ‘Goths’ had become established, no evidence was produced to argue for their closure.

Despite the early experiments in Fife having mixed results, at least three of Scotland’s ‘Goths’ survive:

These pubs are still run to Gothenburg principles today!

Read more about The Gothenburg Public House System and see archive images on Scran, our online learning service. More information is also available at The Scottish Mining Website and the Prestonpans Historical Society.