In 1650, Oliver Cromwell’s troops invaded Scotland determined to crush Scotland’s covenanter army. Uncover the history that led to the siege of Dirleton Castle.

On Saturday 22 and Sunday 23 June, Dirleton Castle will be transported back to 1650, when it was besieged and badly damaged by 1,600 Cromwellian troops. Join us at the event to meet the defenders, both royalist and covenanters, and find out the difference between Scots and English soldiers. You’ll be able to walk through the working living history camp, handle weapons of the time, and watch as the soldiers perform an impressive pike drill.

Keen to brush up on your historic knowledge of the events that took place at Dirleton before coming along? We spoke to Nicki Scott in our cultural resources team, who told us all about the events that lead to the siege at the castle.

The siege of Dirleton

Scotland had long delighted in her status as an unconquered country. But someone clearly forgot to tell Oliver Cromwell. Invading in July 1650, it took Cromwell’s forces little more than a year to overcome Scottish resistance.

Cromwell’s invasion was the culmination of years of turmoil. The Wars of the Three Kingdoms had raged throughout the British Isles, sparked by the absolutist and pro-Catholic tendencies of King Charles I. The king’s efforts to weaken the Presbyterian character of the Scottish Church had led to many Scots signing the National Covenant in 1638.

The covenant was initially signed in Greyfriar’s Kirk in Edinburgh. While it affirmed the signatories’ commitment to the Scottish Presbyterian tradition, it also urged loyalty to the King. 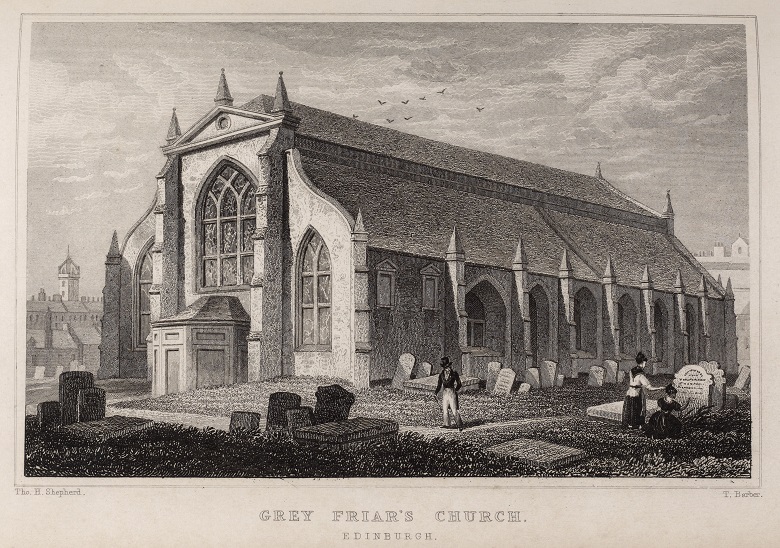 A 19th century engraving showing Greyfriar’s Kirk. This was a place of significance for the Covenanters. The church was the first new kirk to be built in post-Reformation Scotland.

The military campaigns that followed gave Charles’ English opponents in Parliament an excuse to move against him. One of those opponents was Oliver Cromwell, an English MP. He would become leader of the Parliamentarian army. The Parliamentarian army sought to limit the king’s power and was overwhelmingly supported by Puritans and Presbyterians in England.

Initially, the Covenanters in Scotland and the Parliamentarian army strove to find common ground against Charles’ Catholic sympathies. However, the uneasy alliance would not last long.

The Scots might have been opposed to the king’s religious policies, but when the English parliament executed Charles in 1649, and abolished the monarchy without consultation, the Scots were outraged. As a result, they immediately proclaimed his son as King Charles II. The hope was that they could use his youth and his weak political position to make him uphold the National Covenant.

In retaliation, the English sent an army across the Border under Cromwell. Despite being outnumbered, the English won a resounding victory at the Battle of Dunbar, ten miles east of Dirleton, on 3 September 1650.

Just how was the smaller Parliamentarian army able to defeat the Scots? In August of 1650, religious zealots had purged the Scottish army of anyone they deemed ‘unpure’. Fears abounded that a number of the Scots army were more loyal to the King than they were to the Covenanting cause. To begin with, around 80 junior officers were expelled. By the end of August, several thousand officers and men had been removed. This purge deprived the Scots of leadership and experience. 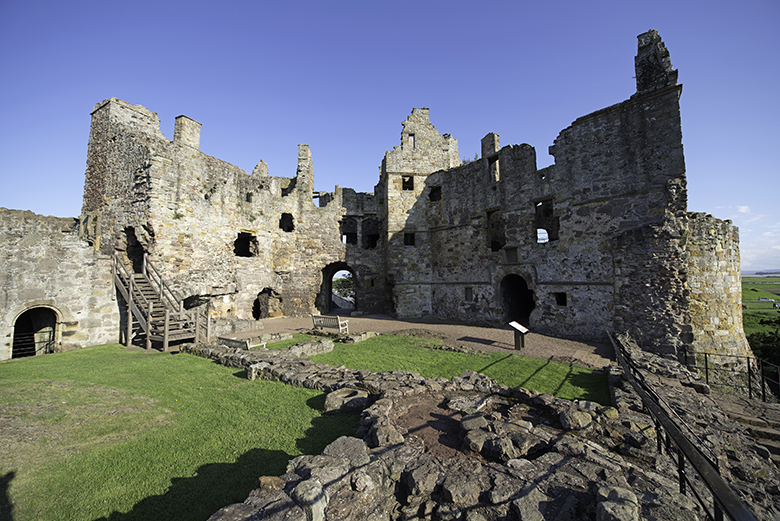 Oliver Cromwell’s 1650 siege rendered Dirleton Castle unfit for military use. But the castle was not forgotten. New owners bought the estate in the 1660s, turning the ruins into an eye-catching feature in their new designed landscape.

Like generations before them, Scots were using the castles as bases of resistance. Groups known as moss troopers conducted guerrilla raids from these bases, harassing the English forces.

Eventually Monck’s forces won out. They ‘tore the inner gate, beat down the drawbridge into the moat, and killed the lieutenant of the moss troopers’ at Dirleton. Further English victories followed. And as Scottish resistance was crushed, Scotland was absorbed into Cromwell’s Commonwealth. The Commonwealth was a period of 11 years where England and Wales, later along with Ireland and Scotland, were ruled as a republic. Only after Cromwell’s death in 1660 was the monarchy reinstated and Charles II was restored to the throne. 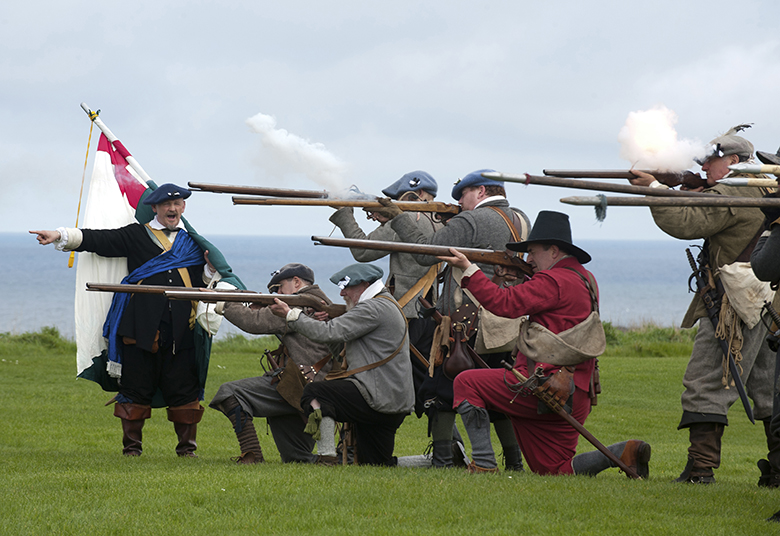