A handy guide on how you can open the doors on some of the quirkiest and most curious hidden gems in the HES estate.

We’re all about opening doors on hundreds of years of Scottish history and heritage this Heritage Awareness Day, which coincides with the 30th anniversary of Doors Open Days in Scotland.

From the Isle of Whithorn all the way up to Shetland, over 300 ancient and significant places are in the care of Historic Environment Scotland. And while some are recognised all over the world, others are slightly off the beaten track. They’re open on special days throughout the year, or accessible by visiting a key keeper.

Read on to visit sacred shrines and mysterious wells, quirky castles and tremendous towers, all of which have tantalising heritage tales just waiting to be told. 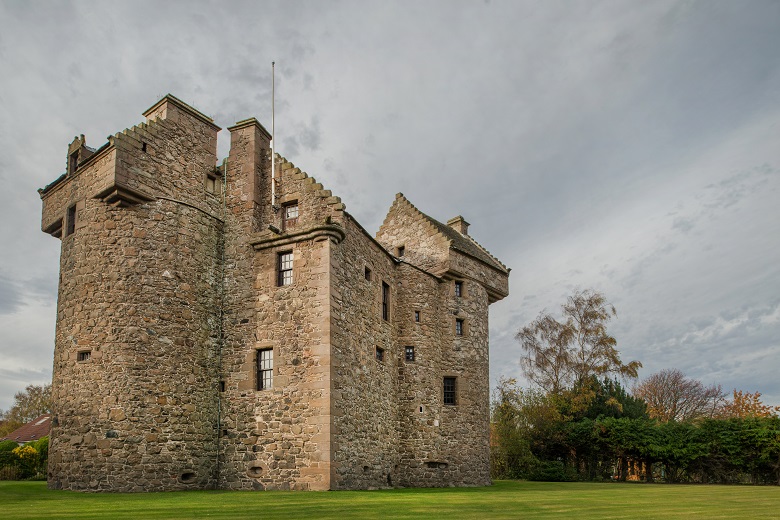 Perhaps the quirkiest castle in Scotland, Claypotts was built during the reign of James VI by John Strachan.

The Protestant Reformation had upped the fortunes of the Strachan family, who used this eye-catching and elaborate tower house to show off their new high status. It’s a tiny castle, but a unique combination of towers and turrets creates a big impression.

The exterior of Claypotts Castle can be viewed year-round, and the doors will open to the remarkably preserved interior on selected dates this September. 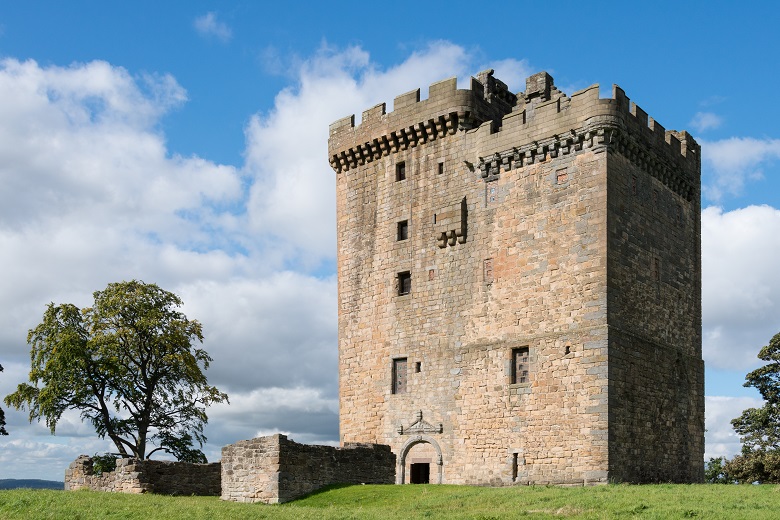 Once part of a larger mansion, this imposing 1300s tower stands at the top of King’s Seat Hill in Clackmannan. It’s visible for miles around.

The tower was built by descendants of Robert the Bruce, remaining in the family until the late 1700s. The most remarkable resident was also one of the last. Katherine Bruce lived here until her death in 1791.

A staunch Jacobite, she was notorious for hosting a succession of esteemed guests, including Robert Burns. Mrs Bruce staged a mock ceremony in August 1787 during which she “knighted” the Bard of Ayrshire using the sword of her illustrious ancestor.

As part of Doors Open Days 2019, the tower will be opening its doors to visitors on Saturday 28 September. Tours, which must be booked in advance, will run throughout the day. 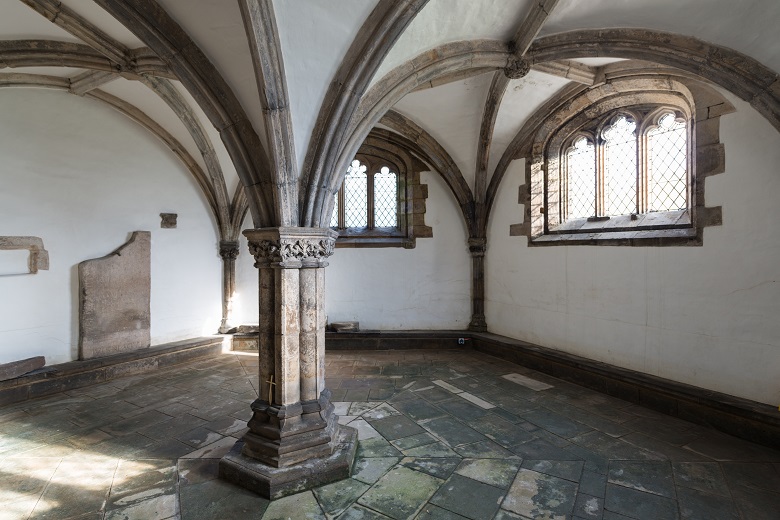 This unusual hexagonal chapel in the Restalrig area of Edinburgh is the site of a shrine to St Triduana who possibly travelled with St Rule from Greece to Scotland in the 4th century AD.

Legend has it that Triduana tore her own eyes out to ward off the advances of King Nechtain of the Picts, and presented them to him on a stick.

As a result, she became associated with vision, and was said to have special powers to cure blindness. The chapel at Restalrig Collegiate Church, built in the 1470s, incorporates a natural spring with waters believed to heal eye ailments.

If you fancy paying a visit (eye ailment or not) access can be arranged by contacting St Margaret’s Parish Church. The church will also be holding a Doors Open Day, which includes the chapel, on Saturday 28 September. 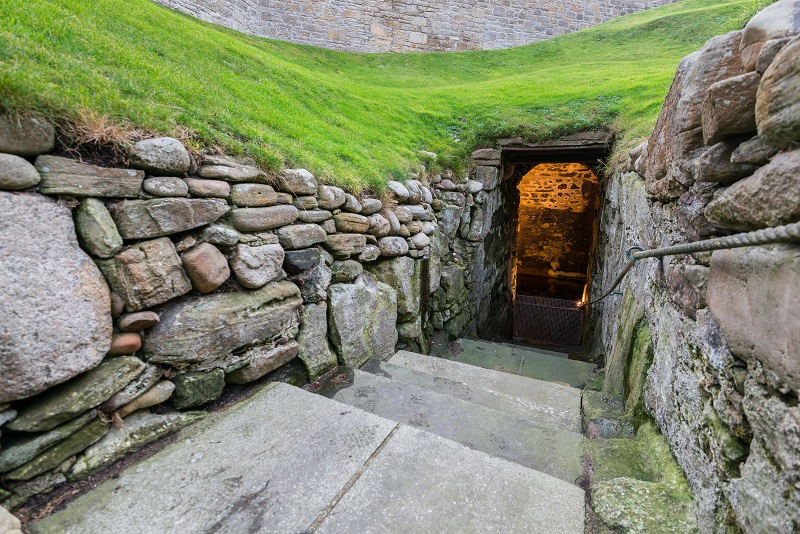 We know very little about Burghead Well, which stands in the north-eastern corner of what was once a great Pictish fort.

When the planned town of Burghead, near Elgin, was built in 1808, it was intended that the well be used as a water source. But workers soon discovered that all was not as it seemed.

Inside, they discovered a dark chamber and a flight of steps leading down into the solid rock. A stone slab featuring a carved bull and Spanish coins were among the objects found in the chamber. It’s function remains a mystery.

If you’re feeling intrepid you can pick up the keys to explore the well from the Burghead Visitor Centre (Easter to 30 September) or the Bothy Bistro (9am to 4.30pm, year-round). 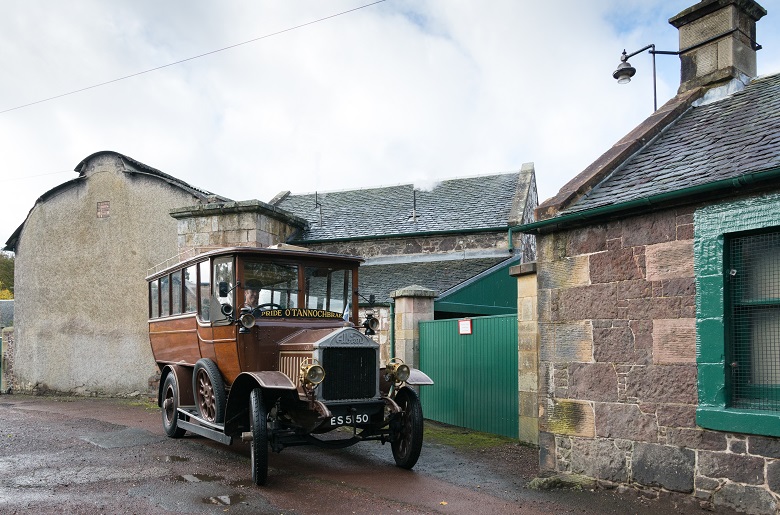 Biggar Gasworks was one of the first small-town gasworks to open in Scotland – and among the last to close. Shortly afterwards it was passed into state care, to be preserved as a lasting reminder of an industry that benefited all of Scotland’s citizens.

The plant produced coal gas from over 130 years, and almost all of the buildings and equipment remain inside this remarkable industrial time capsule.

The gates to Biggar Gasworks are open at weekends between April and October. On special Steam Days the plant fires back into life as the coal boiler is put to work and the steam driven machinery goes into action, just like it did between 1839 and 1973. 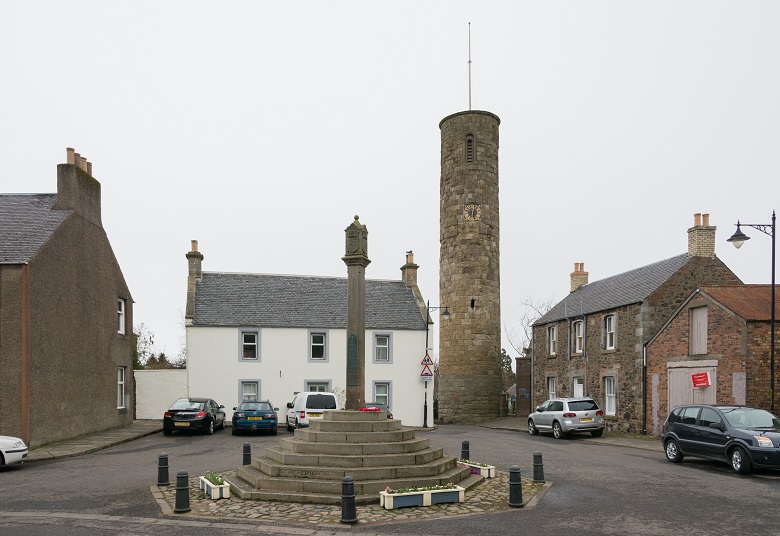 The unusual round tower at Abernethy is one of only two Irish-style round towers in Scotland (the other being at Brechin Cathedral). Dating from around the 1100s, it may have been built as a bell tower for the church next door.

There are plenty of mysteries surrounding Abernethy Round Tower, not least how such a typically Irish design ended up being built in the heart of Perthshire.

There’s also debate to be had over the exact meaning of the Pictish symbol stone mounted onto to the tower in the 1900s; and the identities of the seven skulls that were found buried under the tower during excavations in 1821.

What we do know is that the sweeping views towards the Firth of Tay from the top of the 22m tower are well worth the climb.

If you have a head for heights, the key can be collected from nearby Berryfields Tea Room between Wednesday and Sunday, all year round. 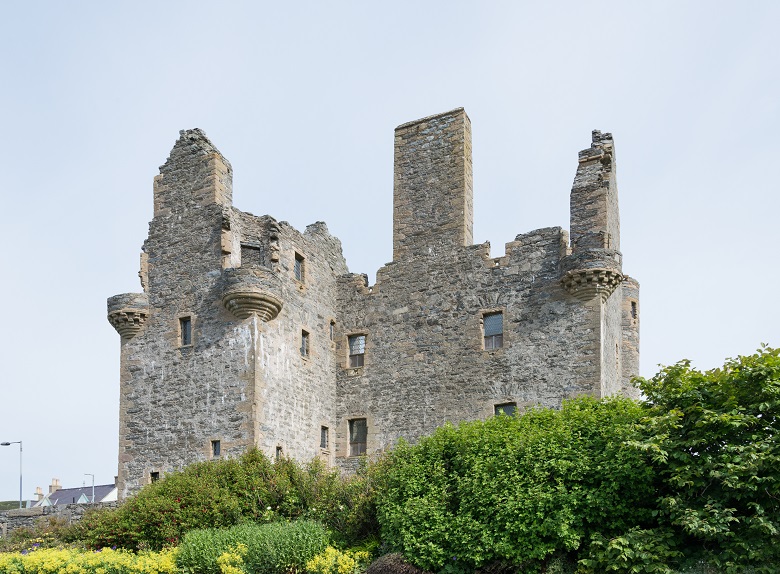 Scalloway Castle in Shetland was the main residence of the fearsome Patrick Stewart – or “Black Patie” –  the Earl of Orkney and Shetland between 1593 and 1615.

Notorious for his oppression of the Shetland people, he was accused of using forced labour in the construction of this castellated tower house, which began 1599.

Scalloway Castle served as both a residence and a courthouse, and for many it quickly became a symbol of oppression. In the great hall which occupied the entire of the first floor, guests were entertained but harsh justice was also dispensed.

Stewart got his comeuppance in 1609, when he was arrested for his tyrannous rule and imprisoned in Edinburgh. “Black Patie” never saw Scalloway again. An attempted uprising orchestrated through his son Robert failed, and resulted in Patrick being executed in 1615.

Eager for you next historic adventure in Scotland? Discover what other hidden gems are close to you or download the Historic Scotland app for itineraries and inspiration!