The Original Rocketmen of Scotland

As Guy Fawkes Night approaches, join us on a voyage of discovery as we uncover Scotland’s first fireworks.

Perhaps I enjoy fireworks for the atmosphere of good cheer, the quick moments marked by smiling faces that appear in a flash of dark night turned bright. When the smoky scented air descends and blends with baronial buildings, I’m left waiting for the next. Living in Edinburgh, we have an abundance of fireworks for Hogmanay, the Fringe festival, or the fast approaching Bonfire Night.

But when were the first fireworks launched in Scotland? Who put them on display and paid for the splendour of that day when these lit up the sky? Let me tell you about King James IV of Scotland who, 512 years ago, brought a future of fireworks to bonnie Scotland.

King James IV was king of Scotland from 1488 to his death in 1513. This ‘Renaissance King’ of Scotland is often considered one of the most successful kings of the Stewart line in Scotland. 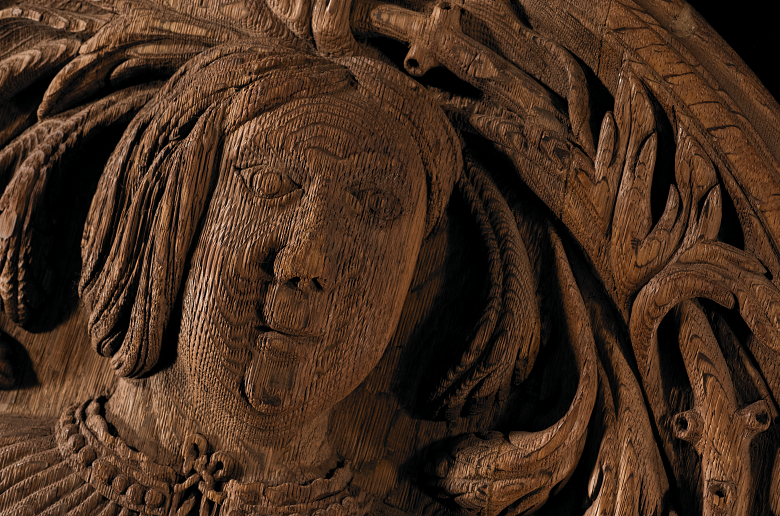 King James IV as depicted in the Stirling Heads. The Stirling Heads are one of Scotland’s great art treasures. The large, 16th-century oak medallions are carved with images of kings, queens, nobles, Roman emperors and characters from the Bible and Classical mythology.

James IV was the grandson of James II, who was known for having a fascination with artillery. This would eventually be the cause of James II’s death when a cannon exploded near him in 1460.

Apparently, James IV inherited his grandfather’s interest in blowing things up. In 1507, James IV hosted a splendid pageant that would be known as ‘The Wild Knight and Black Lady Tournament’. During this extravaganza, the first fireworks ever witnessed in Scotland were launched in Edinburgh. Today, we know this location as King’s Stables Road. It’s the road which runs right below the western walls of Edinburgh Castle (near Grassmarket and Castle View). At the time of the fireworks display, this would have been a field. 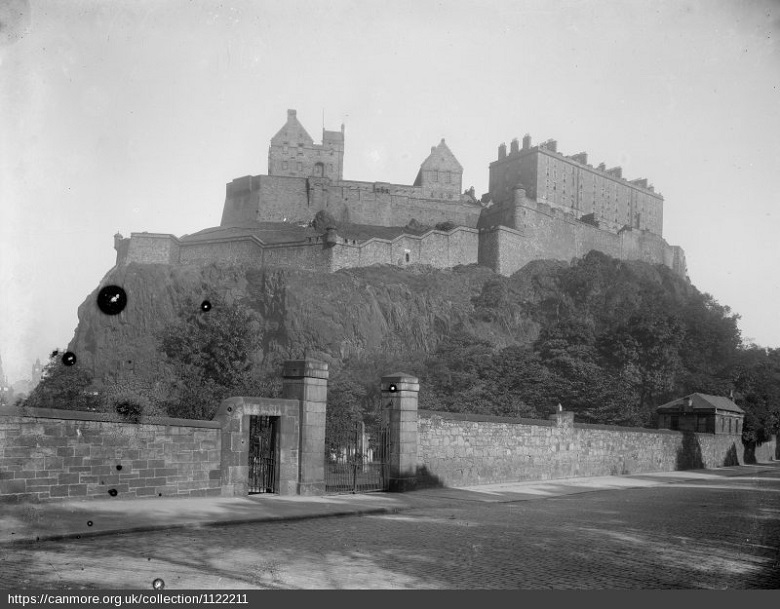 View of Edinburgh Castle from King’s Stables Road in the 1920s.

Research by historian Arkady Hodge – commissioned by Historic Environment Scotland – discovered documentary evidence of fireworks at James IV’s 1507 tournament. Separate research by historian Michael Pearce found further evidence of the fireworks in 1537 lit for the arrival of Queen Madeleine of Valois into Edinburgh. Before these fantastic discoveries, many sources believed the first fireworks were launched decades later!

Curious what the ingredients were used to build these early, explosive beasties? In the 1537 celebration, they used ingredients like saltpetre, sulphur, oil, petrol, turpentine, aqua vitae, mercury, canvas, thread and wheel-rims. I can just imagine some of the king’s men trudging down to the base of the castle carrying this rather dangerous concoction of items. Surely the scene would have been a sight to see.

‘Ye better nae drop them ye numpty!’ grumbles one gruff guardsman to his clumsy friend. Worried looks exchange between them.

The research suggests that these ‘fire masters’ might have been making what were early types of Catherine Wheels! Catherine Wheels are a style of firework that spin when lit and spew fire and sparks on all sides. In the day, this must have seemed an unbelievable feat. Although we don’t know the exact ingredients used in the 1507 tournament fireworks, I’d imagine they’d be made in a similar vein to their later 1537 counterparts.

‘Aqua vitae’, ‘water of life’, otherwise known as whisky is mentioned among the ingredients as well. I am curious to know if it was used for its explosive properties or as fuel for some thirsty guards!

Burning through the cash

Interestingly, there is a reference to how much it cost per day to produce the fireworks for the ‘Tournament of the Wild Knight and Black Lady’. A payment “for taking the artillery out from the Castle and preparing it, thread for fire-balls, quicksilver and other stuff” is mentioned. Written in the pound, shilling, pence system (£sd), this charge would have translated to 19 shillings and 2 pence.

This is the equivalent purchasing power of one of the following:

Check out this fun £sd currency calculator from the National Archives.

The ‘Tournament of the Wild Knight and the Black Lady’ was said to be a grand affair. With this sort of budget for fireworks, it is easy to believe! Some say that James IV played the wild knight himself and defeated all the contenders to win the hand of the black lady. There is a rumour that the black lady was in fact Lady Margaret – the king’s illegitimate (but favourite) daughter. Or perhaps she was one of Margaret’s ladies in waiting – one of her ‘moorish lassies’ mentioned in another recent HES blog.

Blowing things out of proportion: a Guy Fawkes story

Roughly sixty years later (in 1566), James IV’s granddaughter – Mary, Queen of Scots – had a son. She named him James after his grandfather and great grandfather. He would come to be known as James VI and I of Scotland and England. Only two years after his coronation as King of England in 1603, James was nearly blown up along with most of English Parliament and the entirety of the House of Lords. 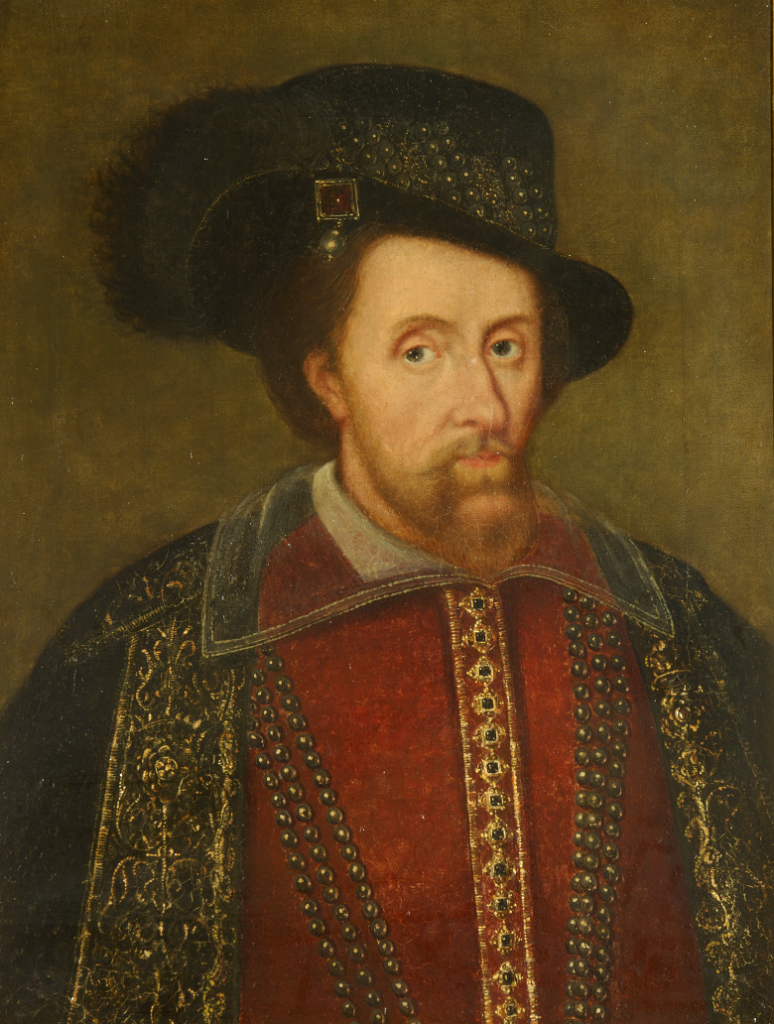 Portrait of James VI of Scotland and I of England at Dumbarton Castle.

Guy Fawkes – a Catholic dissident (along with fellow conspirators) was caught quite literally standing over a horde of gunpowder barrels beneath the parliament buildings in London. According to some sources, Fawkes was upset with the state of Protestant, Scottish-born rule and wished to topple the existing system.

Following his foiled plan and subsequent seizure, the nation began marking ‘Guy Fawkes Night’ with great bonfires. In later versions of the festivities, fireworks are introduced. 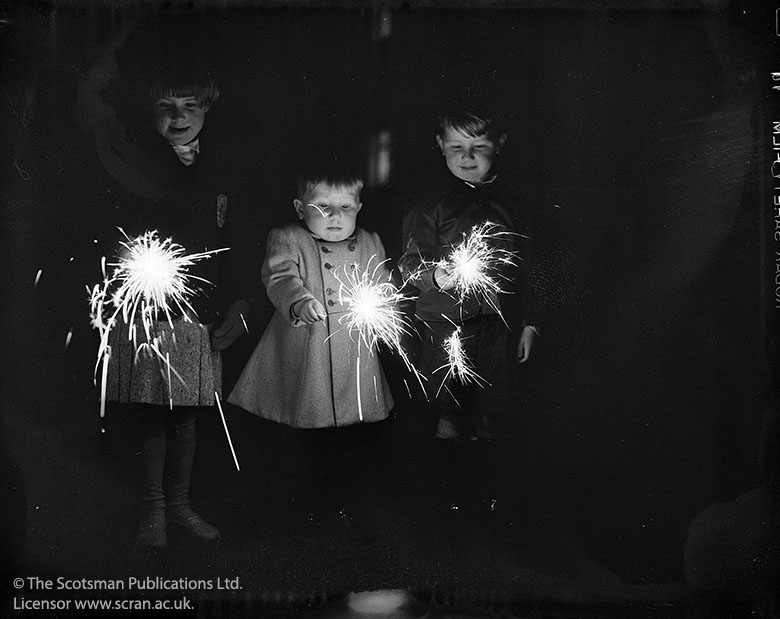 Children taking part in celebrations for Guy Fawkes Night in 1959.

Sadly, there aren’t any knights at Bonfire Night today, but I’ll always enjoy the thought of a few dopey guardsmen trying to avoid blowing up the king’s stable. We live and laugh in a city with a history crowned in dancing sparks. It is humbling and funny to think that more than five hundred years later, many festival goers still enjoy it when something (safely and professionally) bursts into flame.

Dalton was formerly a Digital Project Officer on the Historic Environment Scotland digital team. He has a passionate love and appreciation for world history and is primarily interested in ancient cultures and societies and their development of technology. View all posts by Dalton Weir