To celebrate Scottish Archives Day and the one millionth object being added to Canmore, our Digital Projects team share a top ten of the most amazing items held in our digital archive.

There’s a vast range of buildings, archaeological monuments, industrial and maritime sites to be discovered, together with a wealth of photographs and drawings.

Above is a photo of an inscription on “Wallace’s Putting Stone” near Kirkcudbright alongside a picture of Davidson’s Mill in Aberdeen. Random, right? Actually, they represent the very first and the one millionth item to be added to Canmore!

In recent years we’ve been using digitisation to significantly increase the accessibility of our archive material. In the last three years alone, our Archive Digital Project has made some 175,000 images available online, helping to surpass the one million mark. 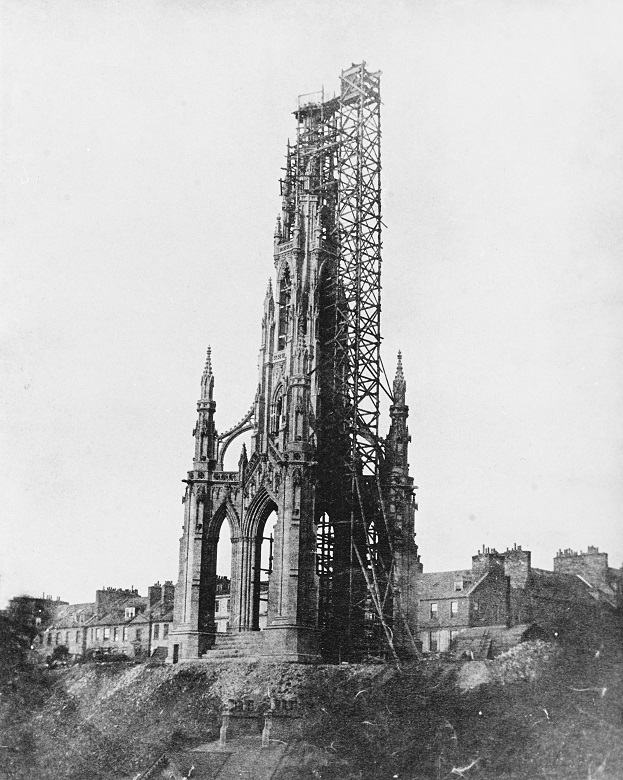 We can’t believe Princes Street used to look like this!

This photograph was found during the digitisation of the Joe Rock Archaeologist Collection, and is a favourite of the Digital Archivists.

It shows the distinctive Gothic monument to writer Sir Walter Scott being erected in Edinburgh circa 1850. After a competition was held to design a fitting memorial, the foundation stone was laid on 15 August 1840.

2. The Golden Age of the Lido 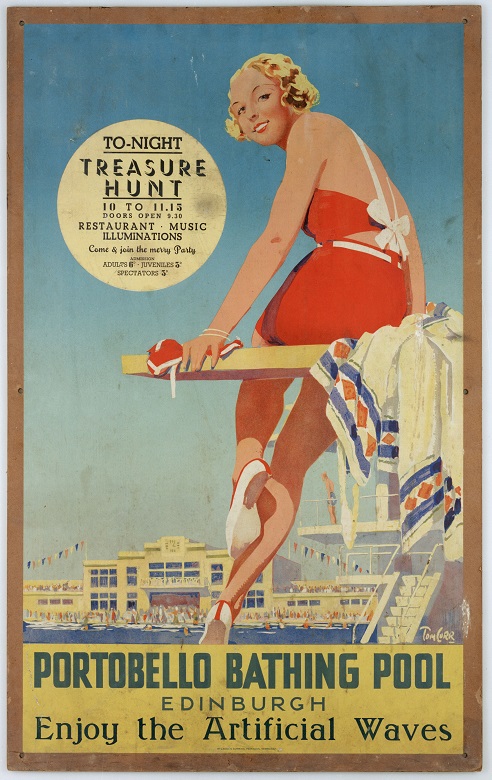 This eye-catching poster dates from the 1930s, the golden age of the outdoor lido in Scotland.

Portobello Bathing Pool opened in 1936 at a cost of £90,000. Attractions included “artificial waves,” a restaurant, ballroom and observation balcony from which spectators enjoyed diving displays, races and floodlit evening galas.

This advert for a Treasure Hunt at the lido is one of the most requested items in our archive. 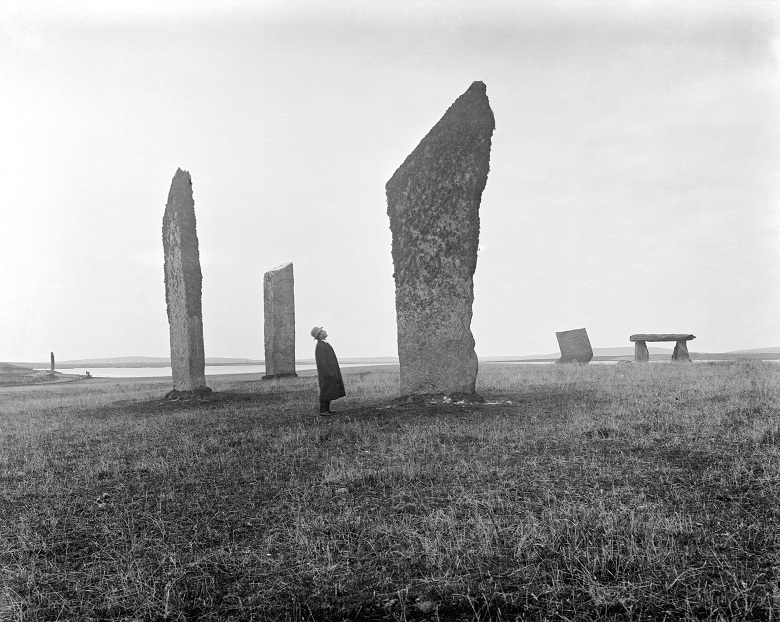 Sometimes it’s great to look through the archive and see our predecessors admiring and examining the historic environment, just like our colleagues do today.

We love this striking image of a Scottish Development Department Investigator at the Stones of Stenness, Orkney in 1906.

Over 5,000 years ago, these enormous stones formed part of a massive ceremonial stone circle. Today they are part of the Heart of Neolithic Orkney World Heritage Site.

4. From Scotland to India 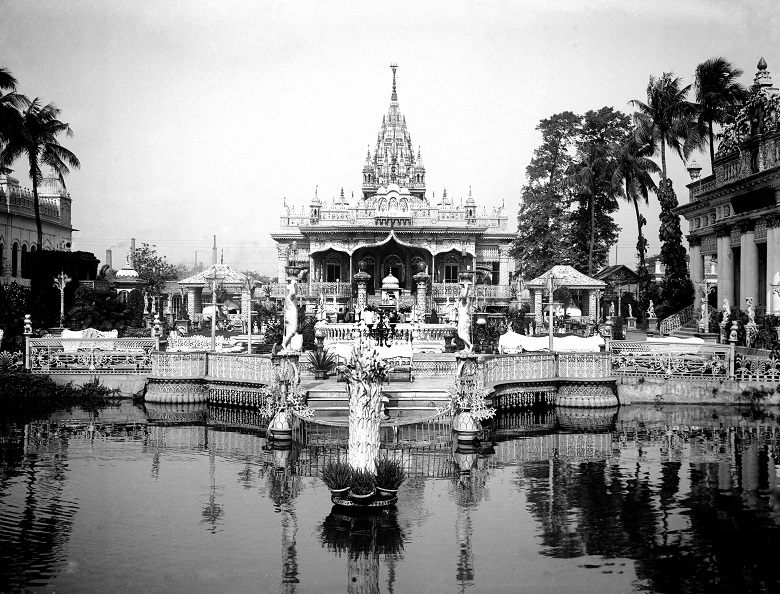 Not every image in our archive is of Scotland. This image of Jain Temple, Kolkata (Calcutta) is from our digitised collection of early 20th century Indian glass plate negatives.

Built in 1867, the lavishly decorated site is now a popular tourist attraction. We’re keen to visit!

5. Fort George from Above 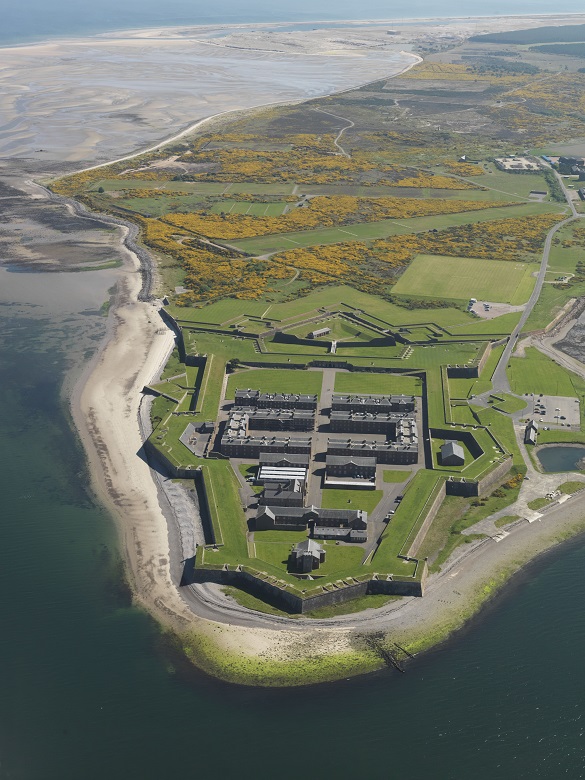 Archivists at HES get to work with some fantastic drone and aerial photography, including this picture of Fort George.

It shows the Fort’s monumental size (enclosing an area the size of five football pitches), as well as its strong defensive position, flanked on three sides by the Cromarty Firth.

You may have seen pictures such as this in the BBC series Scotland from the Sky, but there are so many more to view in our archive. 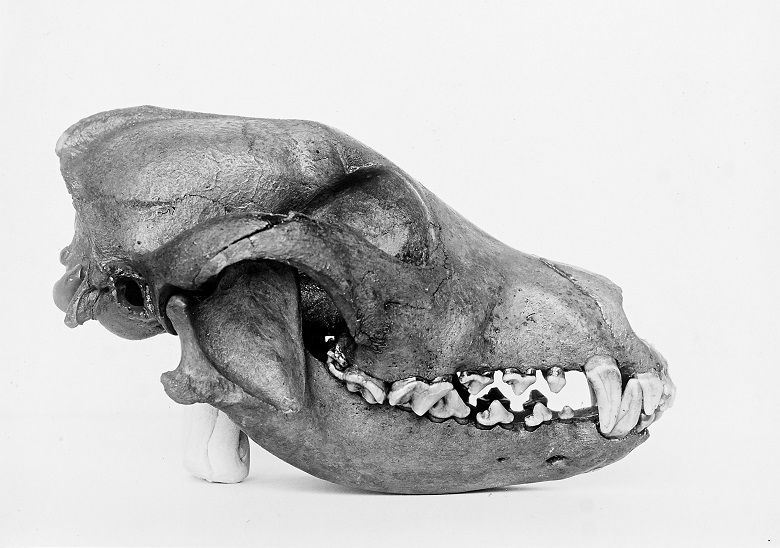 This is an image of a dog skull found at Jarlshof, one of the best-known prehistoric sites in Shetland.

It’s a good example of how, of all the weird and wonderful artefacts archaeologists have found over the years, some can be pretty gruesome!

7. Back to the Bronze Age 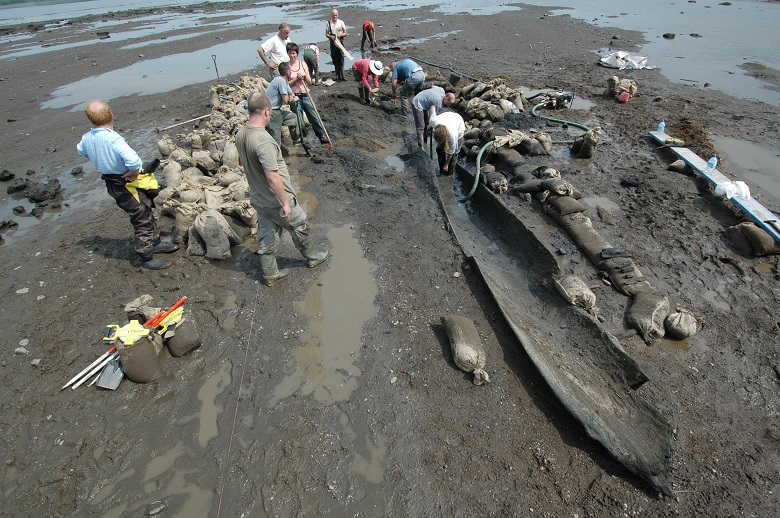 In 2006, the unique Late Bronze Age Carpow log boat was excavated and recovered from the Tay estuary. It dates to around 1000BC.

We are lucky to have the project archive, which contains material from pre-excavation and recovery through to the log boat’s transfer to the National Museum of Scotland for conservation. 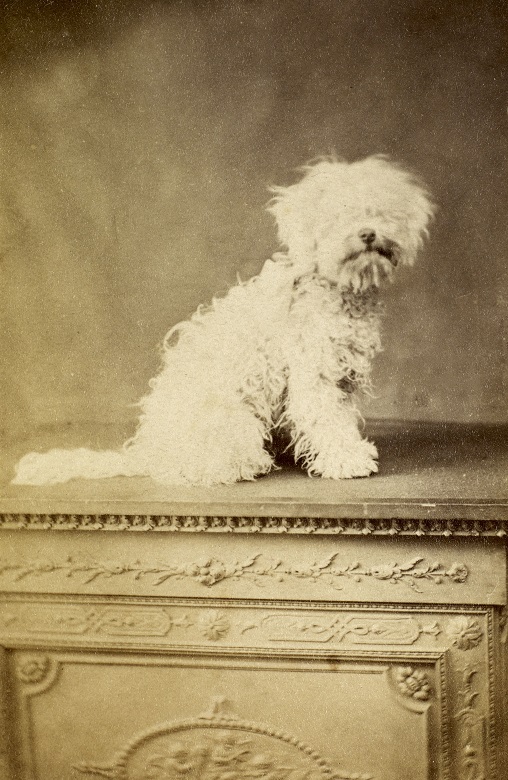 We love getting pictures of cute animals such as this early dog-stagram from the 19th century!

Some of the material in our archives came from donations, such as family photograph albums, of which we have over 500.

By digitising these historic records we are ensuring that we can share their experiences with a wide, modern audience, as well as admiring plenty of cute pets! 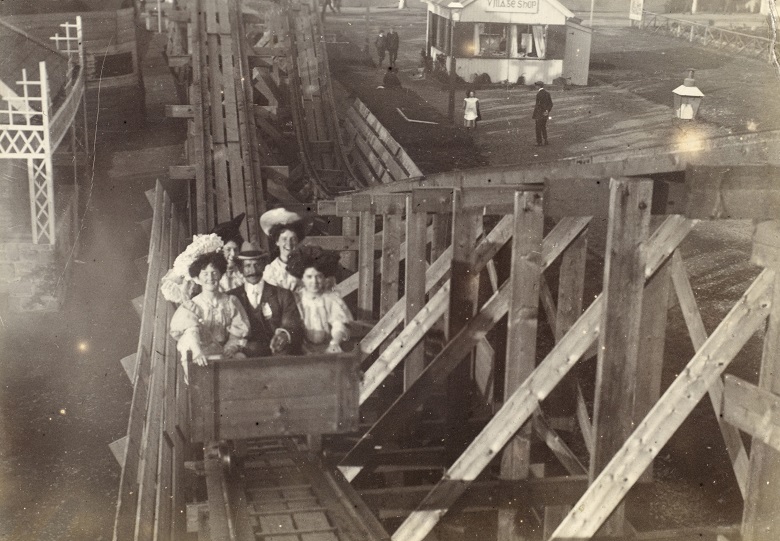 This is another staff favourite from our Photograph Album collection, which includes family albums ranging from the 1850s to the 1950s.

The photograph from the turn of the 19th century shows members of the Mather family, from Fountainbridge, Edinburgh, having fun at a fairground. We’re not too sure about the safety of that wooden roller coaster though… 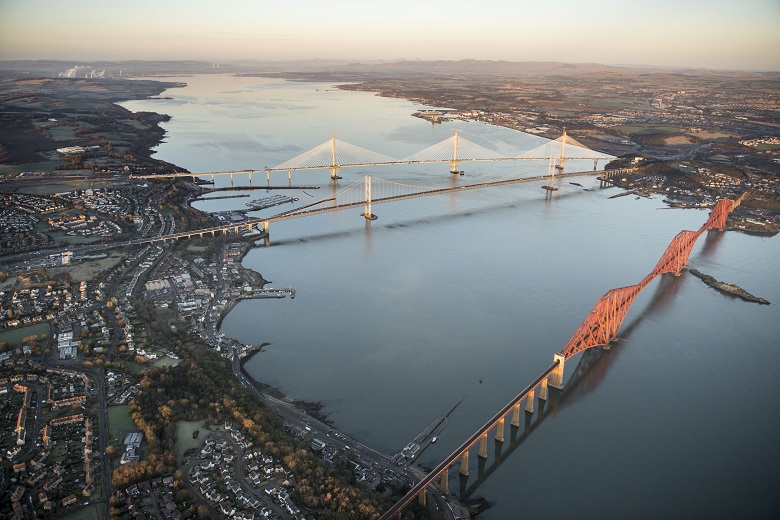 Finally, the archive contains some great digital images of our built environment that can help show how our landscape has changed.

Take the building of bridges across the Firth of Forth in Edinburgh, for example. We have historic images of the Forth Bridge being built back in the 1880s, and the Forth Road Bridge under construction in the Sixties.

Now, we can enjoy stunning aerial views of those two bridges beside the Queensferry Crossing, which opened in 2017.

An online box of delights

These ten images are just a glimpse of the varied and exciting digital archive material available through Canmore, giving an unparalleled view of Scotland’s past.

It’s a great resource to find out more on both historic and modern Scotland. You never know what curious delights you may come across!

Iram works as an Archivist within Historic Environment Scotland’s Archives department. Working in the Digital Projects team, Iram helps to open up HES’s invisible archives through digital archive processing and digitisation, to ensure Scotland’s archaeological and architectural history is as accessible as possible. View all posts by Iram Safdar