A new tree-ring study has uncovered a remarkable story of the date and source of the timbers hidden within the tower under the iconic crown spire of St Giles Kirk in Edinburgh’s old town.

Dr Coralie Mills, a tree-ring dating specialist who heads up the consultancy Dendrochronicle, blogs on the surprising results of a recent study in the heart of Edinburgh’s historic old town.

Scotland’s native oaks – a portal to the past

I have been working in Scottish archaeology since the late 1980s. Through my consultancy, I am working on a research project called South-East Scotland Oak Dendrochronology (SESOD). This project is funded by Historic Environment Scotland and aims to develop native oak dendrochronology in south-east Scotland.

As part of the project, I have taken samples from several historic buildings across Edinburgh, the Lothians and the Borders, including St Giles. The results from St Giles were a huge surprise and one of the most exciting discoveries of my career. 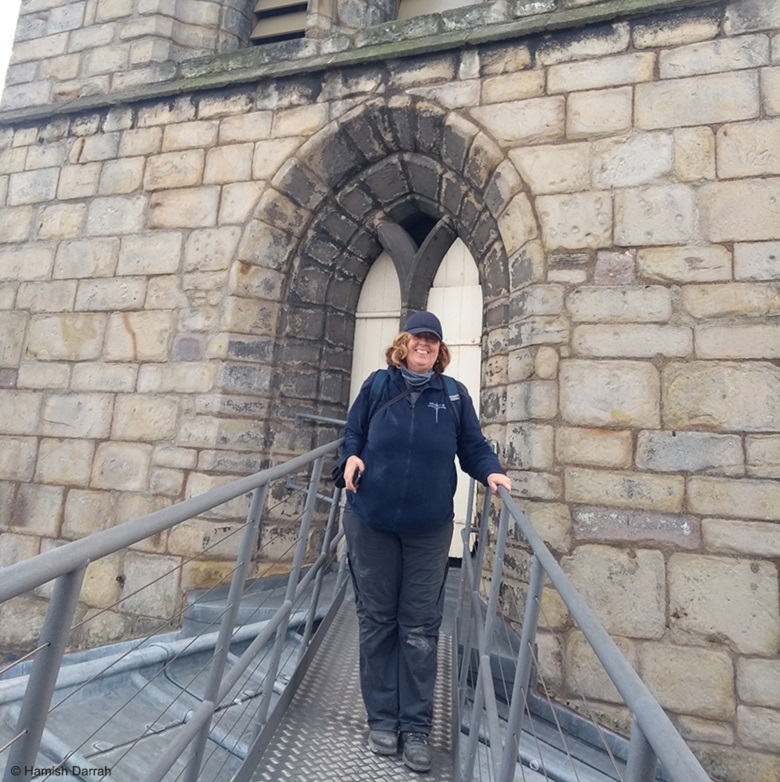 Before lockdown, we were given access to the impressive five-storey tower at St Giles.

St Giles has a long history. It is known as St Giles Cathedral to most people, but did you know it hasn’t technically been a cathedral since 1690? It is more properly known as St Giles High Kirk. You can find out about its history over on the St Giles website.

It’s a real privilege to have permission to work on a building of such national importance. It was important to us that our explorations were as minimally intrusive as possible. Using a power drill with bespoke attachments, we took samples from a selection of timbers in the tower. The core samples we remove are narrow cylinders of wood, about 12 mm in diameter. 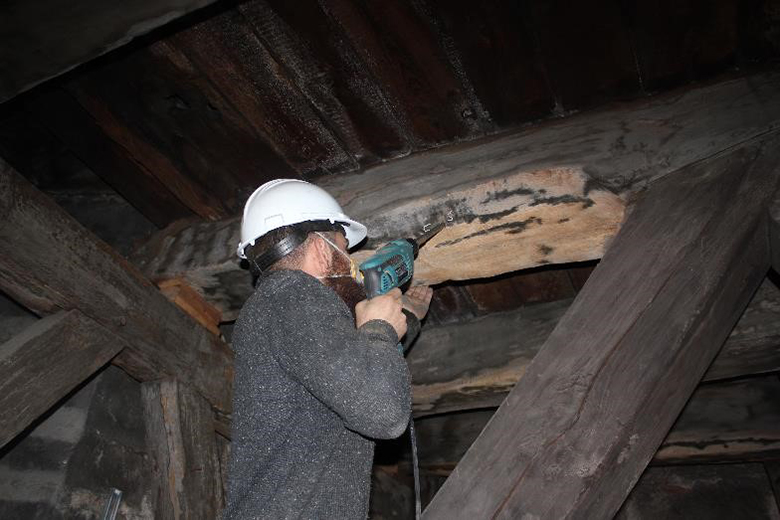 These cores are then mounted into wooden holders and sanded down carefully to reveal the ring patterns.

The core’s tree-ring width sequence is then measured under a microscope. During this process, the sample is placed on a moving stage which allows us to measure the rings very accurately. These measurements are transmitted and stored as a series in specialist dendrochronological software.

Once the data are saved in the specialist software we can analyse the tree ring sequences, comparing them with other reference data to establish dates and sources.

Two felling dates were established from analysis of the cores. The first was in the winter of AD 1453-54 and the second was just a few years later in the winter of 1459-60. This gives some very specific dating for the frame which was previously of unknown date.

The timber frame is part of the modification of an earlier tower at St Giles of which some masonry survives. We know this original tower to have been present by 1387 and on which storks nested in 1416 according to the Scotichronicon, a medieval history of Scotland. The new dendro-dates show this tower was greatly altered in the mid-15th century. This was a time when many other changes were being made at St Giles. The new dates infer the completion of the crown spire as being after 1460 and probably by 1467. This was when the church was granted collegiate status from the pope, although the crown spire we see today was much altered in 1653.

The surprising source of the timber

Even more exciting though was the timber source. I was able to identify this through comparison of the St Giles tree-ring data with reference chronologies of known origin. The timbers were brought from one of the last remaining extensive reserves of old growth oak in Scotland, the Royal Forest of Darnaway, in Morayshire. The results revealed that several of the trees were over 300 years old when felled. The survival of old growth oak at Darnaway into the mid-15th century is a testament to careful management of the forest by the Earls of Moray over a long period. The St Giles tree-ring data matched extremely closely with data from the late 14th century roof of Randolph’s Hall at Darnaway Castle. 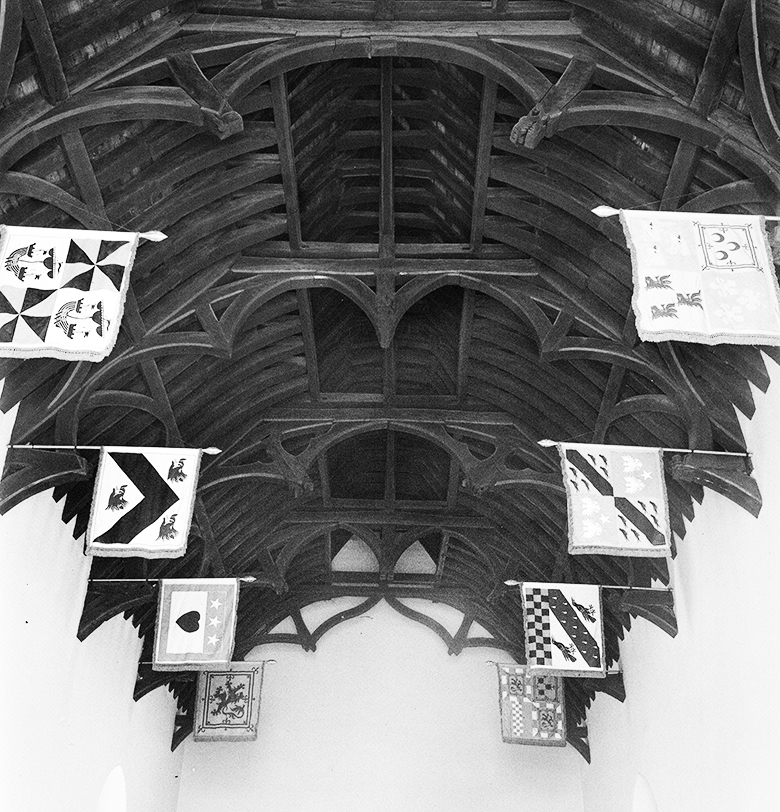 By the mid-fifteenth century most of Scotland’s timber supply had switched from the dwindling native resources to Scandinavia. The majority of dendro-dated historic buildings in Edinburgh and the Lothians have imported Scandinavian timber in them. This discovery is a rare example of use of scarce, good quality native oak here at this time. Timber would have been transported by sea to Edinburgh, usually through the port of Leith.

Darnaway Forest is known to have supplied timber to other high status Scottish medieval building projects, including Stirling Castle. However, it was not previously known that Darnaway had supplied St Giles. Furthermore, this is the latest known example of the use of timber from this Royal Forest so far detected through dendrochronology. Shortly after these timbers were felled Darnaway Forest was closed to allow its recovery. 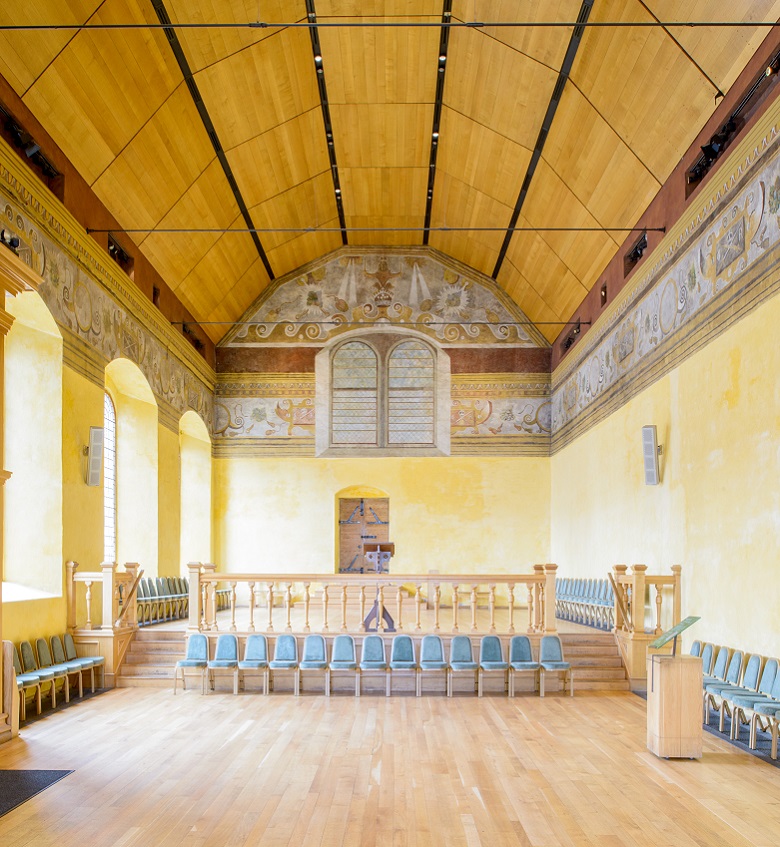 The St Giles’ timbers match closely with other tree-ring data from reused timber in the lintels of the Chapel Royal at Stirling Castle, which is also thought to have come from Darnaway.

Patrons of the extensive mid-15th century construction work at St Giles are thought to include James II, and even more certainly his widowed queen, Mary of Guelders who was regent after James’ untimely death in 1460. If that’s the case, then Mary of Guelders would have been the royal patron at that point. Their arms appear on shields on The King’s Pillar in the choir of St Giles. This has been interpreted as a tribute to the late king by his devout queen. I like to think she was involved. This question could be investigated further with more sampling.

The Forest of Darnaway was forfeited to the crown after the defeat of Archibald, the Black Douglas Earl of Moray, at the Battle of Arkinholm in 1455. This may explain why timber from Darnaway was used to build the bell-frame in the tower at St Giles. 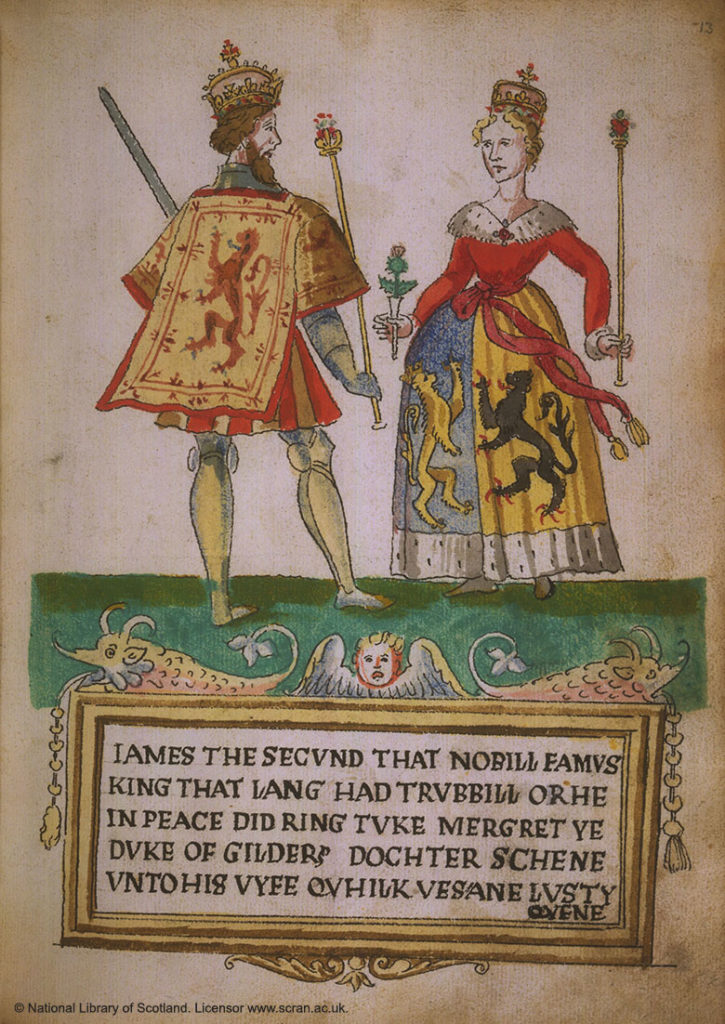 King James II and Queen Mary of Guelders as depicted in the Forman Armorial, produced for Mary, Queen of Scots in 1562.

I began this journey looking for timber grown in south—east Scotland. While I didn’t find what I was looking for I’m absolutely blown away by this discovery. My passion is Scotland’s native woodland heritage. It has been a privilege to be able to recover this amazing story from the tree-rings.

I’d like to end this blog with some thank yous. I am very grateful to HES for the grant which made this research possible. I’m also indebted to St Giles Kirk for kindly giving their permission for this investigation. Finally, I must thank my colleague Hamish Darrah for his assistance and the many people who have helped with SESOD.

Please visit the Dendrochronicle website for more information about dendrochronology and woodland heritage in Scotland. You can find me and Hamish on Twitter too – @Dendrochronicle @HamishDarrah