Take a Tour of Scotland in 3D

Immerse yourself in history from home by exploring our interactive 3D models of towers, tombs, brochs and standing stones!

Did you know that you can visit a broch whilst riding the bus? Clamber into a cairn without leaving your couch? Marvel at a standing stone without having to stand up?

Using our digital models on Sketchfab, you can immerse yourself in Scotland’s historic places from anywhere in the world, all from your computer or phone.

Ready to take a virtual tour? 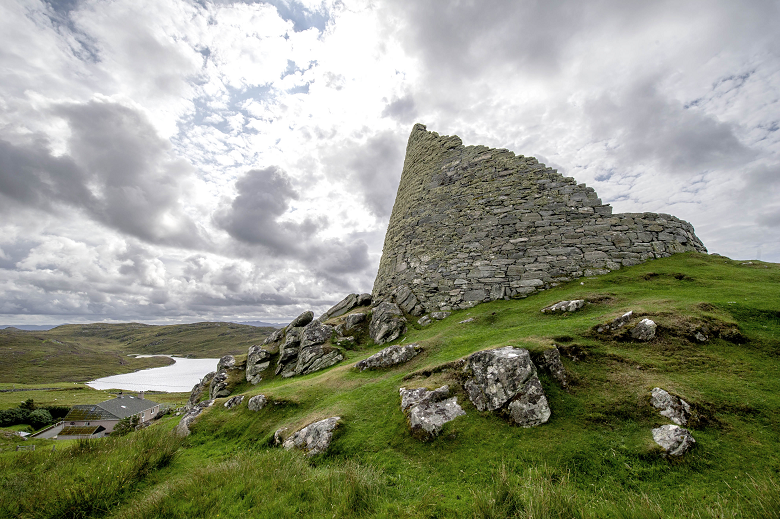 From laser scanning to drones, our 3D models are created using a wide range of ever-evolving digital technologies.

In one process called photogrammetry, hundreds of overlapping photographs are taken of a site or object. They are then converted into 3D by specialist software. So it’s fitting that our virtual tour starts at one of most photogenic spots in the Hebrides!

Dun Carloway has stood upon a rocky mound on the Isle of Lewis since about 200 BC. It’s one over 500 stone structures called brochs, which are only found in Scotland.

This fortified tower house near Kelso was once owned by the family of Sir Walter Scott. The great writer played here as a child and used the ancient tower as inspiration for his stories. 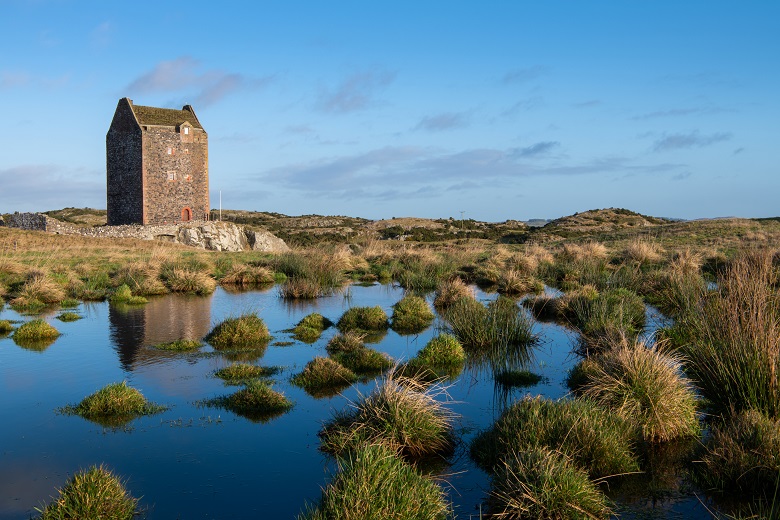 Smailholm commands a stunning hilltop position with views across the Borders countryside extending into England – on a clear day you can see the turrets of Bamburgh Castle.

Sticking with Scott, let’s head north all the way to a curious spot on Hoy, Orkney. The Dwarfie Stane is an enormous block of stone, hollowed out to form a chamber and two cells. It was once a prehistoric tomb. 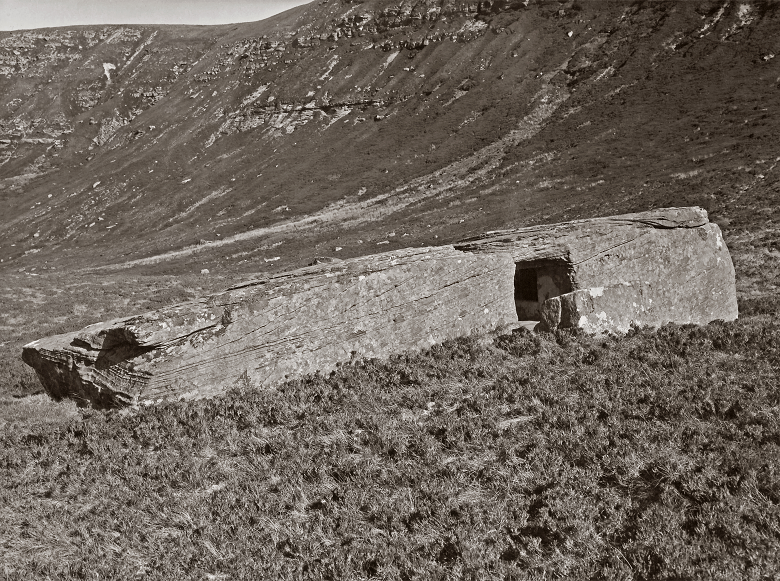 Walter Scott uses the Dwarfie Stone as a setting in his novel The Pirate. According to Scott, it is home to a dwarf called Trollid. The Orkneyinga Saga talks of another dwarf-like occupant by the name of Snorro.

We can’t promise any digital dwarfs, but you can virtually crawl into the middle of the Stane below, plus there’s loads more virtual visits to Orkney’s prehistoric sites to be made.

Next up, a time-travelling trip to Dunfermline Abbey and the final resting place of Robert the Bruce,  King of Scots from 1306 to 1329.

Bruce’s grand marble tomb was lost during the Reformation, meaning nobody had a clear idea of what it might have looked like. That was until 1818, when fragments of gilded stone belonging to it were found.

Our Sketchfab reconstruction is based on those finds. It was created in 2014 to mark the 700th anniversary of the Battle of Bannockburn. 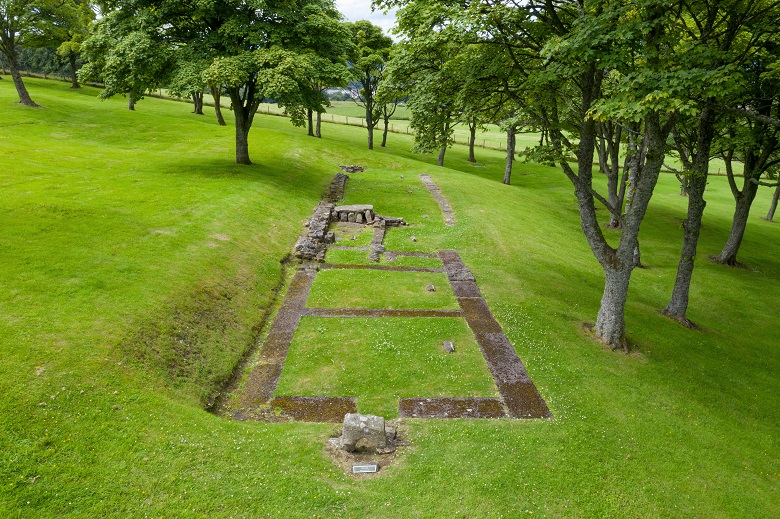 The Antonine Wall, Scotland’s Roman frontier, was built on the orders of Emperor Antoninus Pius around 140 AD. Running for 37 miles, it connected the Forth and the Clyde, with several forts along the way.

This 3D model imagines what one of these forts might have looked like in its heyday. You can explore the Commander’s house, barracks, bath house (and latrines!) and imagine what life was like for a Roman solider along the wall.

A treasure trove of items was found in the well at Bar Hill Fort. We made Sketchfab models of many of them, helping us to understand more about Roman life here. 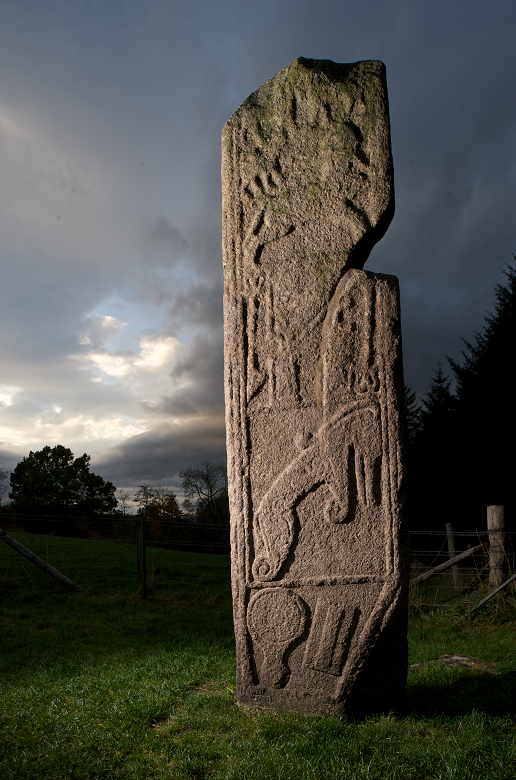 Three metres tall and probably carved some time after AD 700, the Maiden Stone is one of Scotland’s finest Pictish standing stones. Beasts, centaurs and sea monsters can all be seen etched into it’s pinkish granite.

There’s plenty of folklore surrounding the stone. Our favourite is the story of a local girl who is said to have made a bet with the Devil. When the young maiden lost the bet and tried to flee, the Devil caught her and turned her into stone.

Sound on for this one! Do you hear the sound of a local colony of storm petrels and waves lapping against the shore? 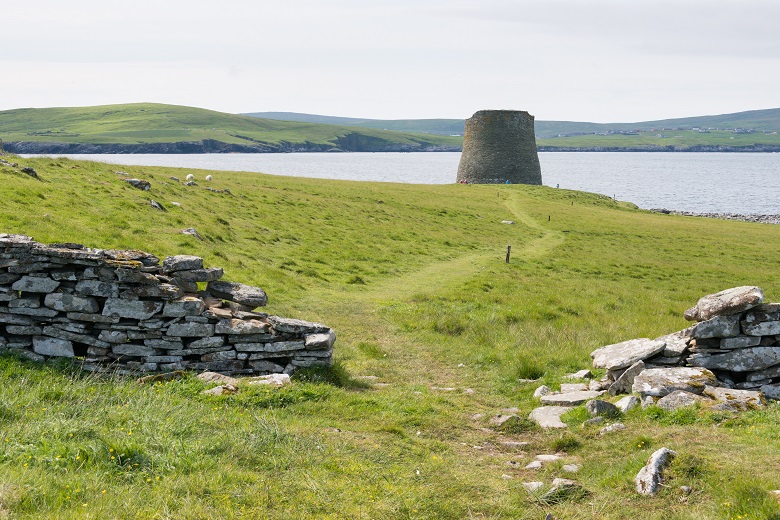 We’re back at a broch for the final leg of our virtual tour. Described as ‘an unhandy place to get at’, the amazingly-preserved Mousa Broch is located on a small island off the coast of Shetland.

Luckily, our 3D model means you can pay a visit any place, any time.

You can also do something that is impossible in “real life” and see the broch from both above and below. From these amazing angles it’s easy to appreciating the remarkable skills used to build it in around 300 BC.

The Sketchfab magic is worked by our Digital Documentation Team, seen below working on a 3D model of the Great Polish Map in the Scottish Borders. 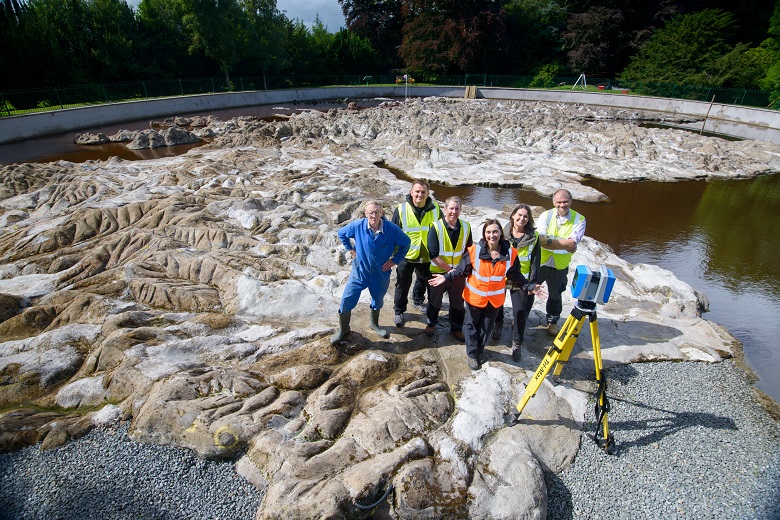 The team are currently involved in the Rae Project, digitally documenting every place and object in our care.

So, as well as the epic castles and towering standing stones, you can also get up close and personal with smaller, more intricate objects from the HES collections.

This vast undertaking will help us to better understand and protect Scotland’s  historic environment – keep an eye out for the next amazing opportunity to explore in 3D!