Welcome back to the Jewel of Loch Ness!

The mighty Urquhart Castle has opened its gates to visitors once more! Here’s what to expect from your next historic day out on the shores of Loch Ness.

The banks of Loch Ness have never been as quiet as during the last few months, but we are delighted that Urquhart Castle has now re-opened.

Take in the breath-taking views of Loch Ness as you immerse yourself in more than 1,000 years of dramatic history.

Urquhart has a lively history. It was one of the great castles taken by the English when Edward I invaded in 1296. The Lords of the Isles then seized the castle repeatedly in the later Middle Ages, to expand their territory into the north-east. In the 1500s, Clan Grant was given the castle and charged with its repair and with bringing it back into use.

Urquhart Castle was garrisoned for the last time in 1689, following the exile of the Catholic King James VII, and his replacement by the Protestant monarchs William II and Mary II. In 1692, the towering gatehouse was deliberately blown up so that the castle could never again be a military stronghold. 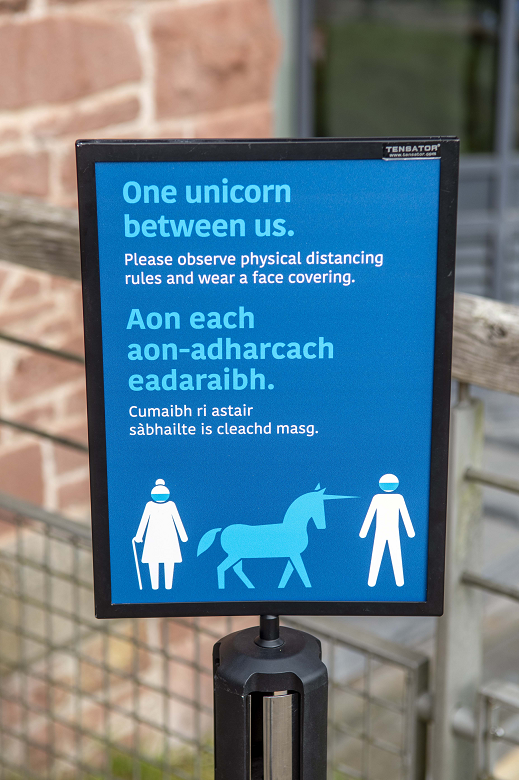 To make your visit as safe and enjoyable as possible and so you can get up close with the castle’s history, we have put a series of our own “defences” and safety measures in place.

We have followed Scottish Government and public health advice and we’re ‘good to go’ accredited.

Admire the strategic setting of the castle, on a rocky promontory with an open outlook up and down Loch Ness. Soak up the atmosphere of one of Scotland’s most famous lochs. 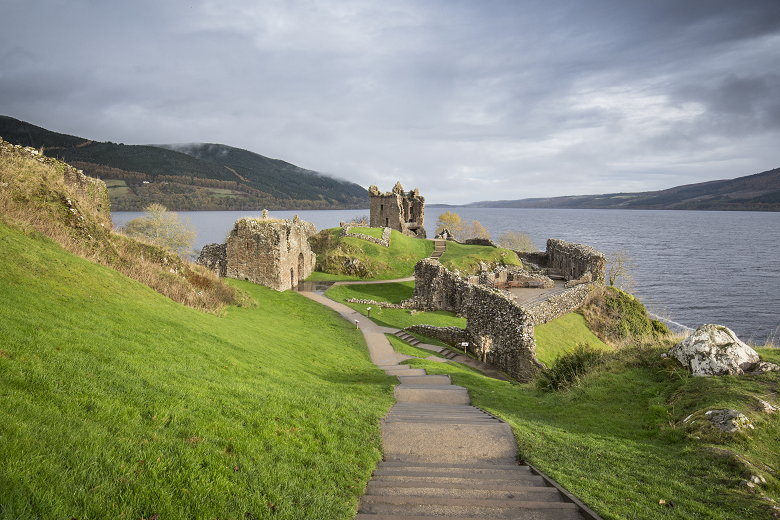 The Grant Tower was built sometime after King James IV gave Urquhart to John Grant of Freuchie in 1509. It was reward for supporting the monarch in his struggle against the MacDonald Lords of the Isles.

Along with Urquhart, Grant was given an extensive estate. In return, the laird had to restore order to the area and repair the castle. He also had to provide the king with 15 horsemen in times of war.

Grant’s son John died with James IV at the Battle of Flodden in 1513, In the chaos that followed, the MacDonalds attacked and occupied Urquhart for three years. 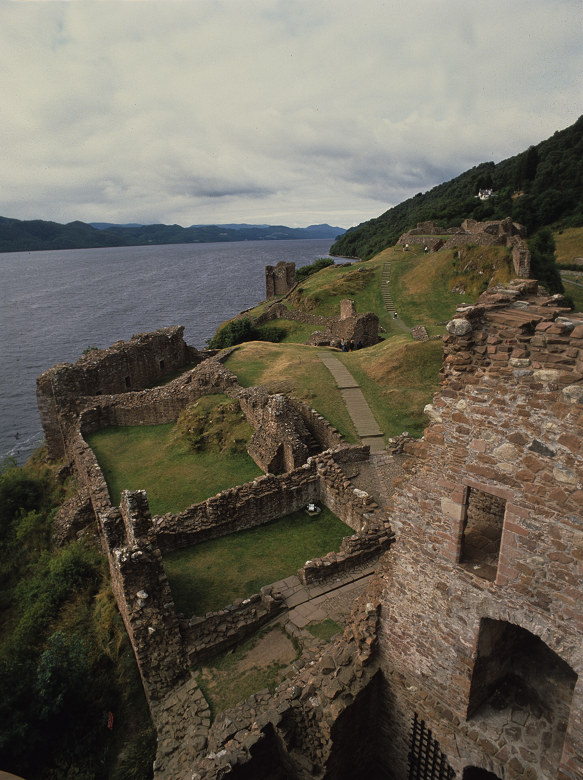 ..and the gloomy prison

Imagine spending the night a narrow, windowless cell? There is a latrine at the far end but little else for the castle’s unfortunate prisoners. The Gaelic bard and cattle rustler Dòmhnall. Donn is said to have composed many songs while locked up in Urquhart in the 1600s.

According to legend, Dòmhnall was held captive by the laird of Grant after falling in love with his daughter, Mary. The merciless laird had him beheaded!

To breach the walls of a castle as mighty as Urquhart, an attacker needed siege engines.  Most fearsome was the trebuchet, a type of giant catapult that could hurl massive stone balls hundreds of metres. 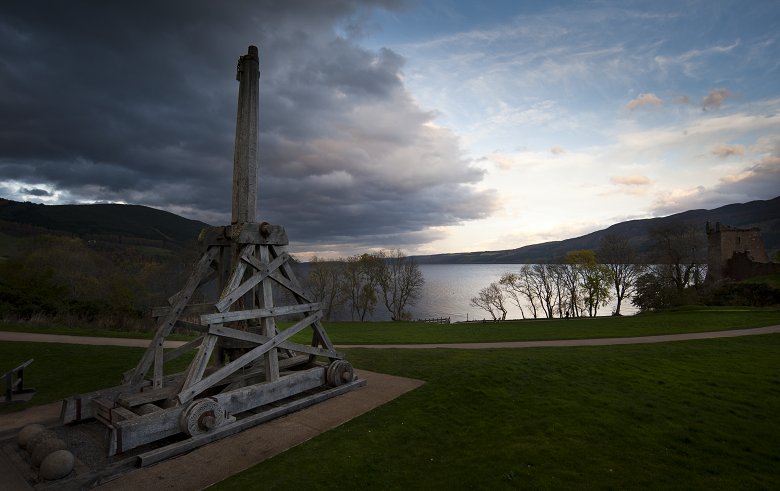 There is no record of trebuchets being used against Urquhart, but 11 rough-hewn stone balls were found here. They may have been used as projectiles 700 years ago during the Wars of Independence when the strategically castle switched hands several times.

In need of refuelling?

After all that exploring you will be looking for some refreshments! Our Lochside Café is offering a reduced takeaway menu including hot drinks, cakes, and family meals. There are picnic tables and benches located across the castle to sit down and admire those stunning views.

Keep your eyes peeled for more… 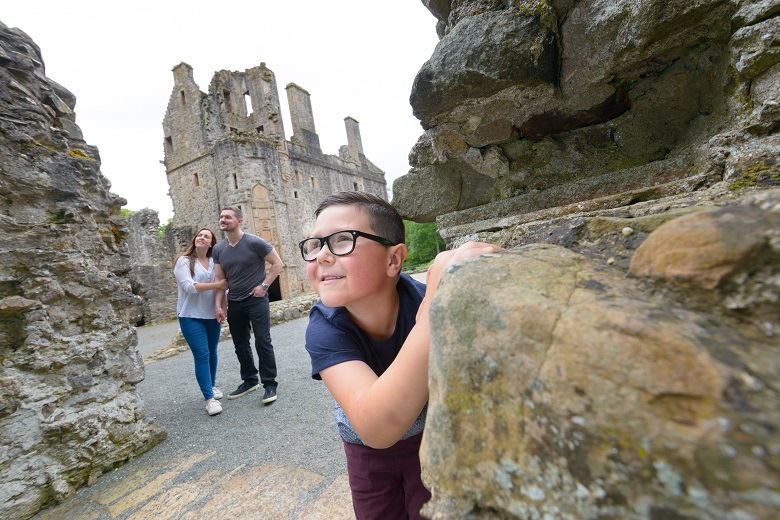 Over the last few months, we know how keen you have been for us to re-open. We hope to have more internal spaces at the castle re-opened by the end of August, which of course will be in line with Scottish Government and public health guidance.

For ticketing information and the safety measures we have in place and if you would like to visit more Historic Scotland sites visit www.historicreopening.scot

We look forward to seeing you all soon!