Scotland and the Eurovision Song Contest

From Lulu to Daði Freyr and star of The Red Shoes Moira Shearer, uncover Scotland’s connections to the Eurovision Song Contest.

In 1969, Glasgow born popstar Lulu represented the UK in the Eurovision Song Contest and was part of a four-way tie with France, Spain and The Netherlands.  Her entry, Boom-bang-a-bang, became a huge hit across Europe. 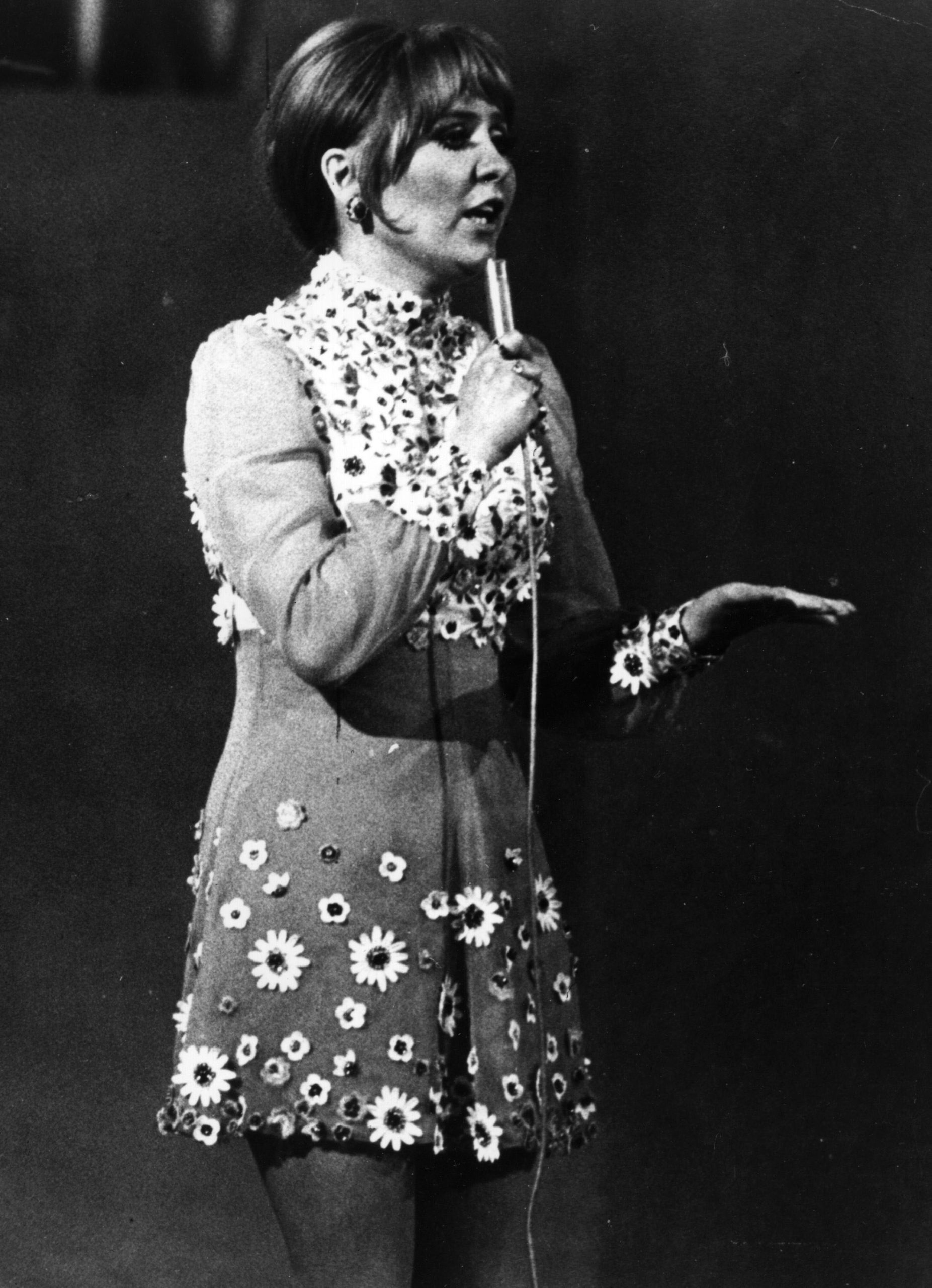 But whilst Lulu is probably the most well-known, Scotland has more links with the annual singing competition than you might think. Ahead of this year’s Contest, we’ve pulled together some top trivia on Scotland’s connections with Eurovision’s 65-year history.

Lulu wasn’t the first Scot to represent the UK.  In 1966, at the height of the Swinging Sixties, Scottish tenor and traditional singer Kenneth McKellar was the UK entry for the Contest in Luxembourg.

Although resplendent in a kilt, Kenneth’s song A Man without Love didn’t prove very groovy with juries. He came 9th – at a time when there were only 18 countries competing. 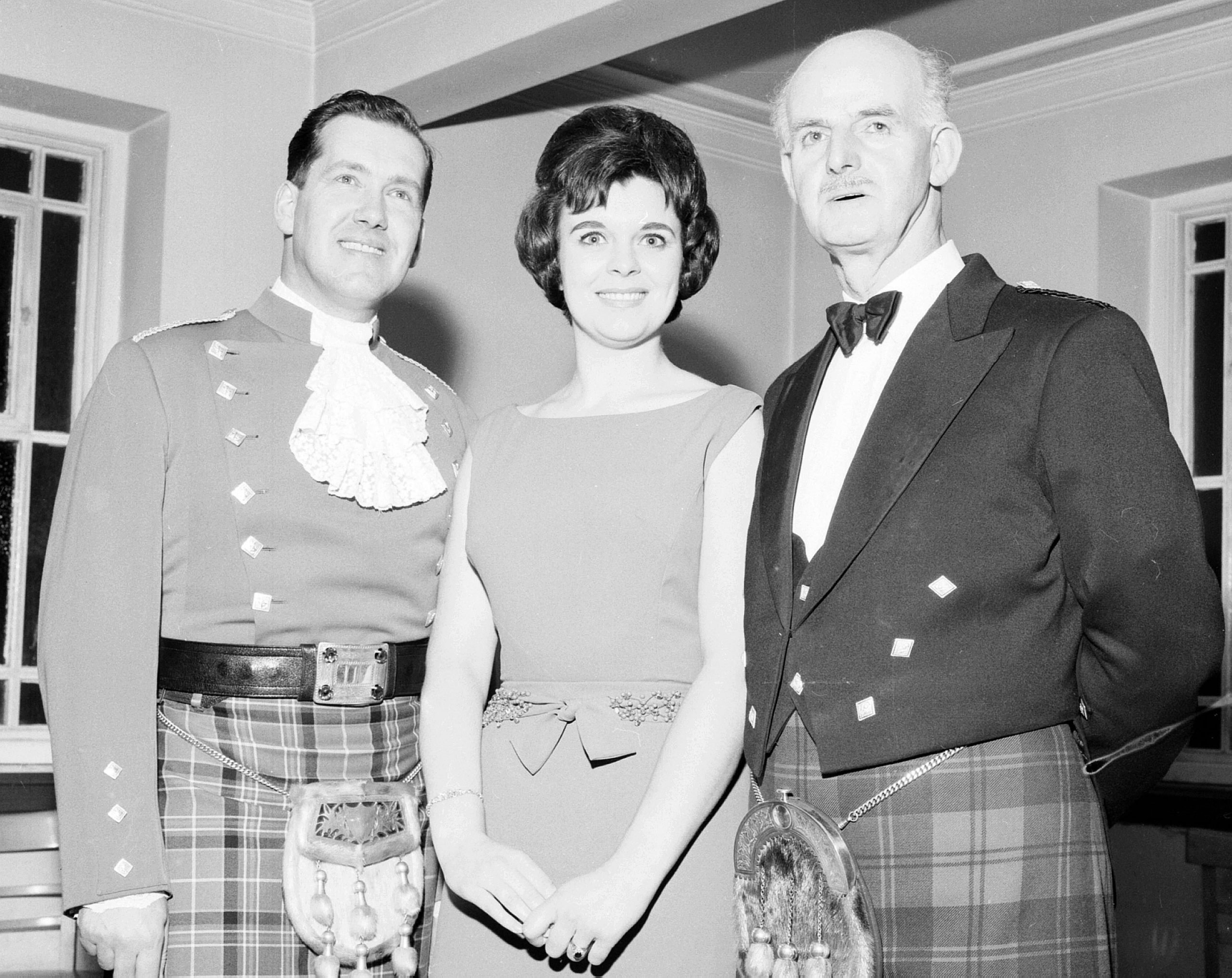 Kenneth McKellar with Elizabeth Robson and Jimmy Shand at a concert in Leith Town Hall © The Scotsman Publications Ltd. Licensed by Scran.

That Sounds Good to Me!

In 1967 the UK chalked up the first of its 5 Eurovision victories with Sandie Shaw performing Puppet on a String.  The success of the song was in no small part due to its writer, Govan born Bill Martin. 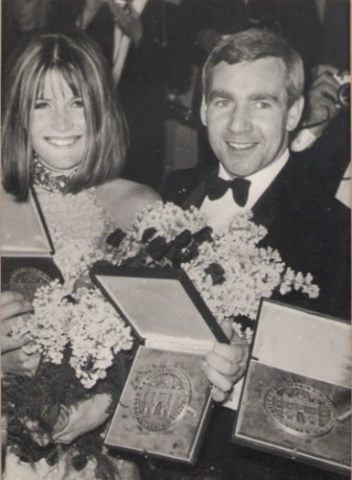 Bill Martin and Sandie Shaw © Image courtesy of Bill Martin’s personal collection, with thanks to billmartinsongwriter.com.

Martin also wrote the UK entry for the 1968 Contest, a little song you might know called Congratulations, performed by Cliff Richard.

Bill Martin had other attempts at Eurovision glory, including writing the Luxembourg entry in 1975, but never achieved quite the same success.

This is Our Night

In 1972, Scotland had a starring role in Eurovision. Because Monaco, the winners of the previous year’s Contest, were unable to host, the BBC stepped in and arranged for the Contest to be held in Edinburgh instead.

The Usher Hall, a beautiful concert hall constructed in 1914, with impressive acoustics and luxurious auditorium, was selected as the venue.

Dunfermline-born Moira Shearer, the internationally renowned ballet dancer and actress, most famous for her starring turn in The Red Shoes, was selected to host. 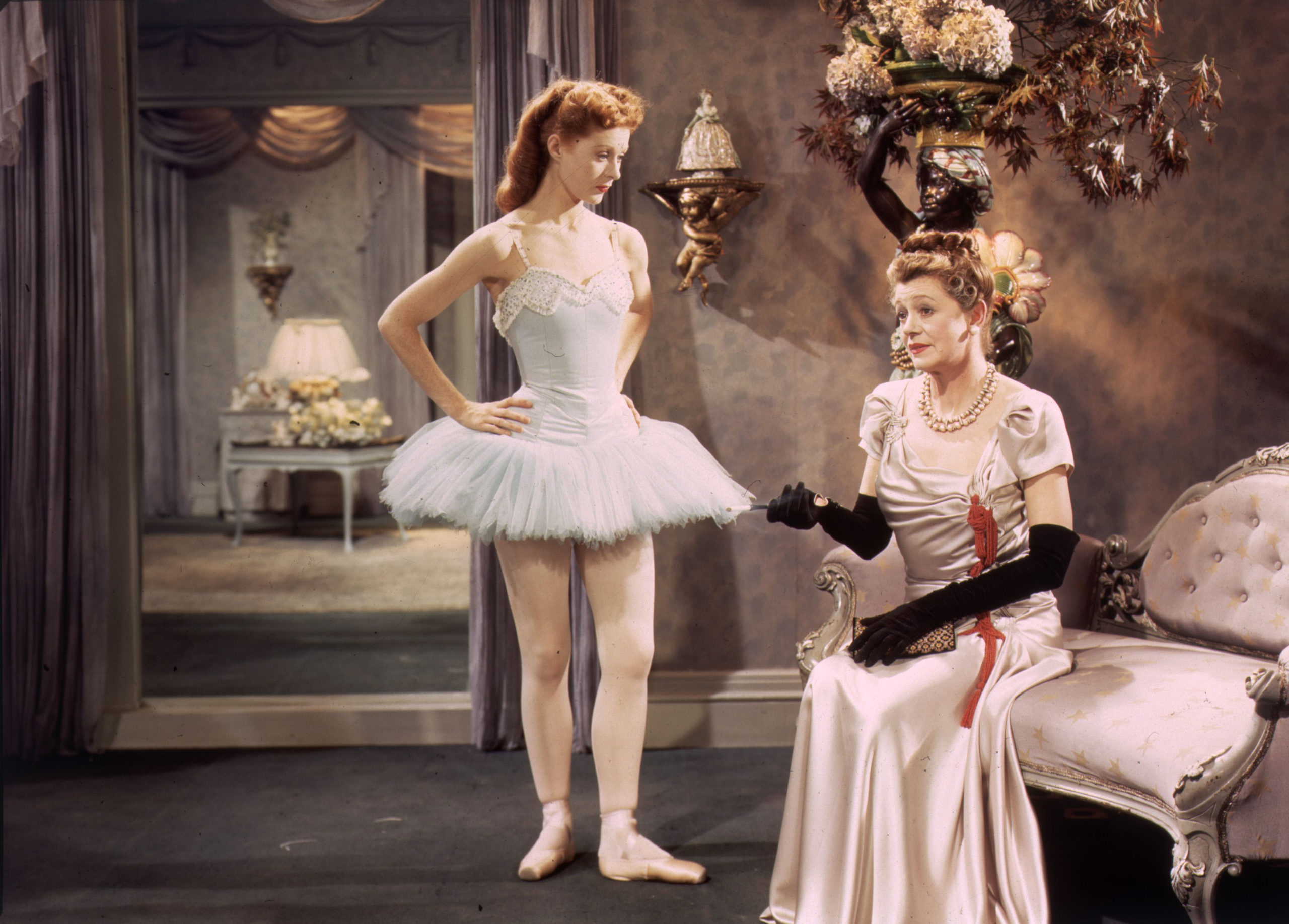 The New Seekers were the UK entry for that year.  Their line-up featured Perth-born singer Eve Graham. The group’s song, Beg, Steal or Borrow came 2nd in the Contest, becoming a huge hit in the charts.

Our Learning and Inclusion Team Administrator Susanne Simpson went to Edinburgh to try to catch a glimpse of them:

“My brother and I waited outside the Caley Hotel to see them coming out when they were going to the concert.  We saw them and got autographs; it was really exciting at the time!” 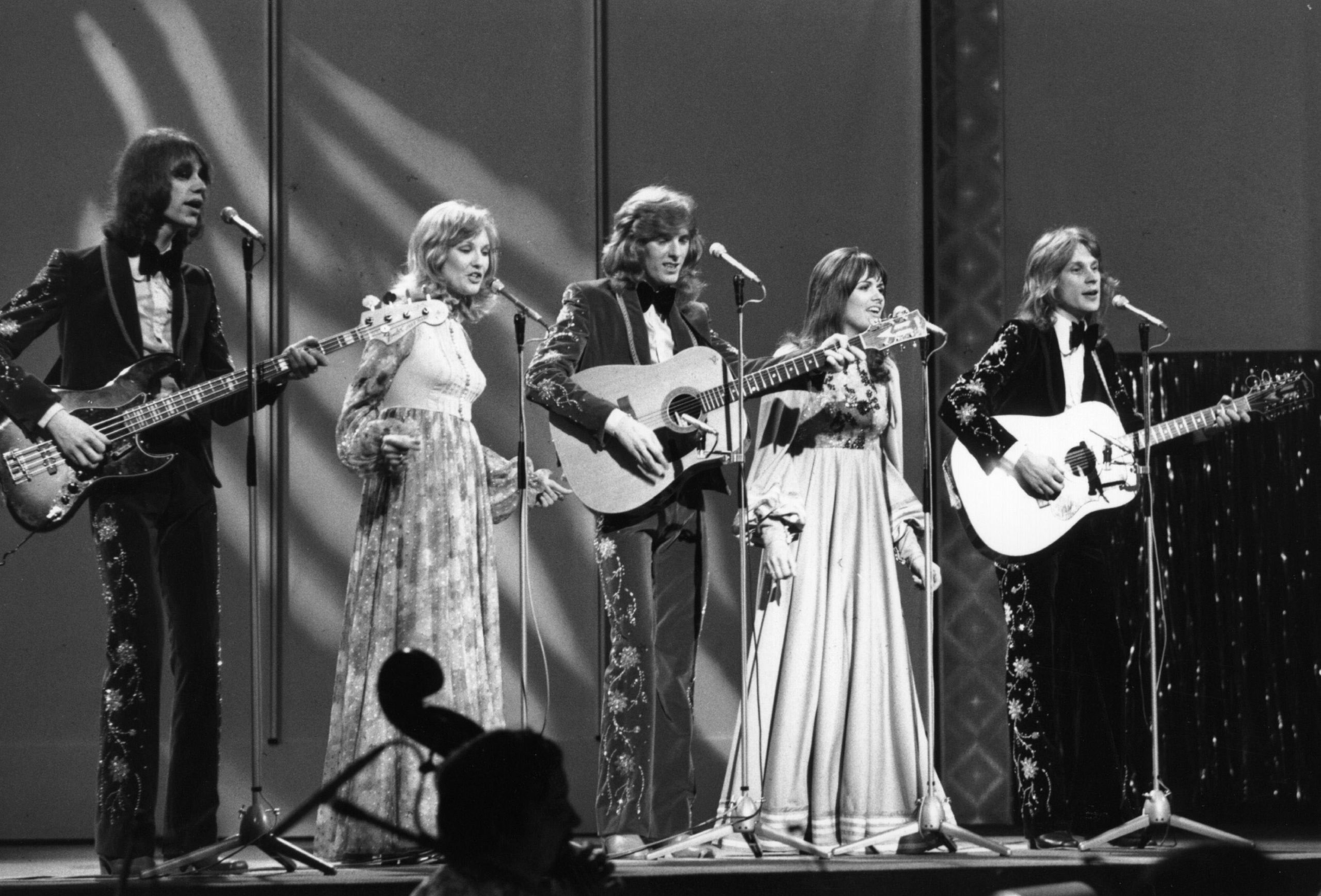 The New Seekers during final rehearsals for the competition at Usher Hall Edinburgh, 1972. © Hulton Getty. Licensed by Scran.

Making your Mind Up!

Of course, it wouldn’t be the Eurovision Song Contest without the voting, and because the Usher Hall wasn’t quite big enough to facilitate entries and the juries, the Great Hall of our own Edinburgh Castle was used instead.

Two jurors from each country (including Glasgow’s Doreen Samuels for the UK), sat at tables with the Great Hall’s iconic armoured knights and weapons behind them. 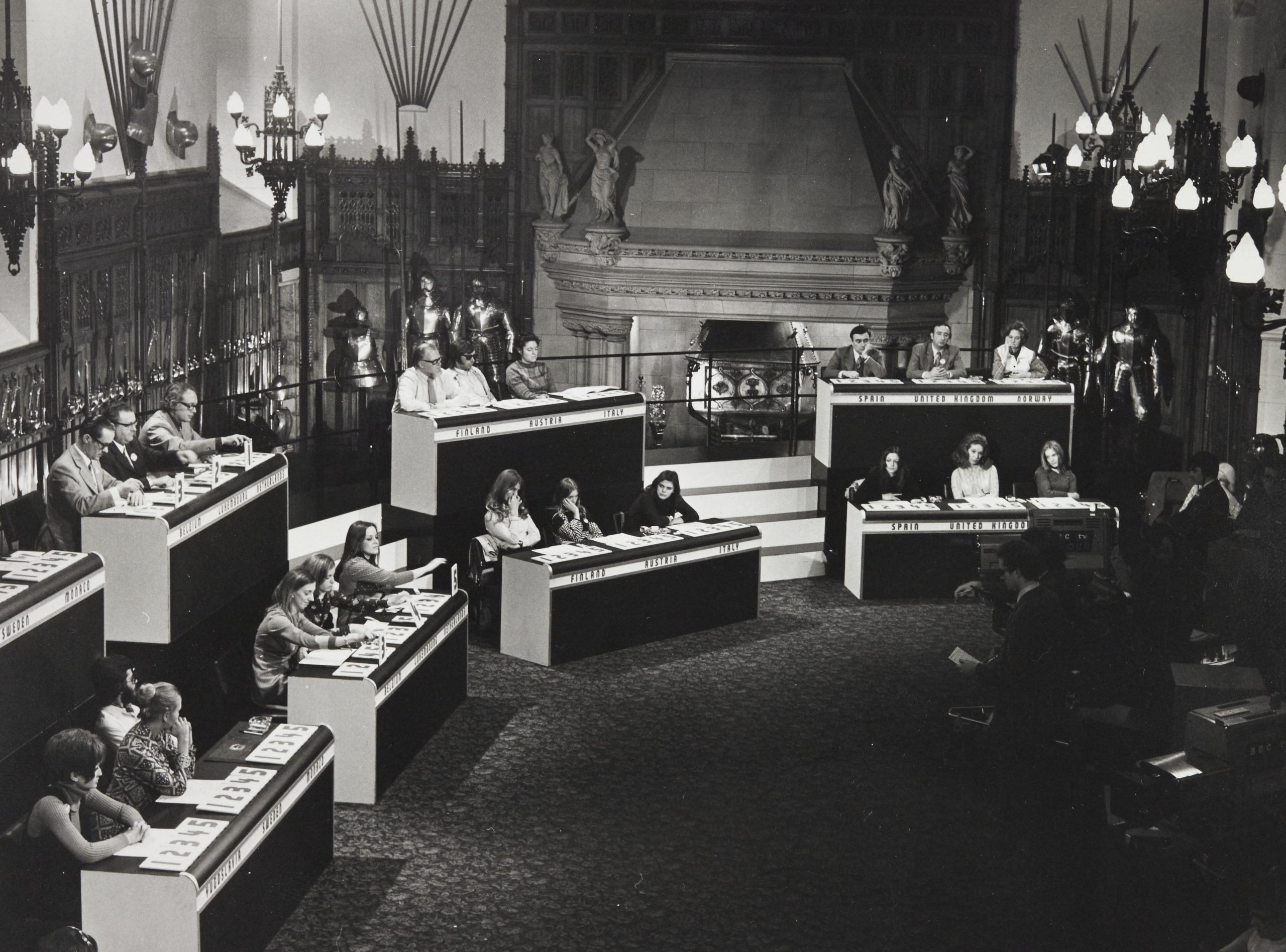 Jurors in the Great Hall at Edinburgh Castle

The audience was entertained in the interval with a pre-recording of the 1968 Royal Edinburgh Military Tattoo, featuring the Castle esplanade. The voice of the Military Tattoo, Edinburgh’s Tom Fleming, was commentator on the BBC’s broadcast of the Contest.

Scotland had links far and wide that year, with Glasgow born Richard Hill being musical conductor for the Portuguese entry!

All Out of Luck

Fast forward to 1987, and Glasgow’s Richard Peebles (Rikki), complete with tartan plaid on his white shoulder-padded jacket, was the UK entry to Eurovision with Only the Light.  He finished a disappointing 13th, the lowest placing for a UK entry at the time. Little did we know what was to come in later years…

I Am the Voice

The following year, Glasgow born Scott Fitzgerald represented the UK with the song Go.  This turned out to be one of the most exciting votes in Eurovision history.  The UK had been out in front of the entry from Switzerland (performed by one Celine Dion) by 15 points but, after the final vote, ended up in 2nd place, losing by only 1 point!

That’s How You Write A Song!

Scotland’s influence on Eurovision has since been in song writing.  John Ballard from Drumchapel penned entries for Azerbaijan in 2013 and for Russia in 2014 and 2016, all of which finished in the Top 10.

Lawrie Martin from Ayr co-wrote the 2017 UK entry Never Give Up On You for Lucie Jones. Meanwhile Scott Fitzgerald’s son Ki kept up the family Eurovision ties by writing Saara Aalto’s 2018 entry for Finland.

The film takes you on a whistle-stop tour through Edinburgh’s Grassmarket, Albany Street, Prince’s Street Gardens, and includes an iconic shot of Edinburgh Castle from Calton Hill.

Glasgow’s SSE Hydro auditorium features as the venue for the Contest finals, albeit transported to Edinburgh’s Old Town by the magic of CGI, as well as some scenes filmed at Glasgow Airport. 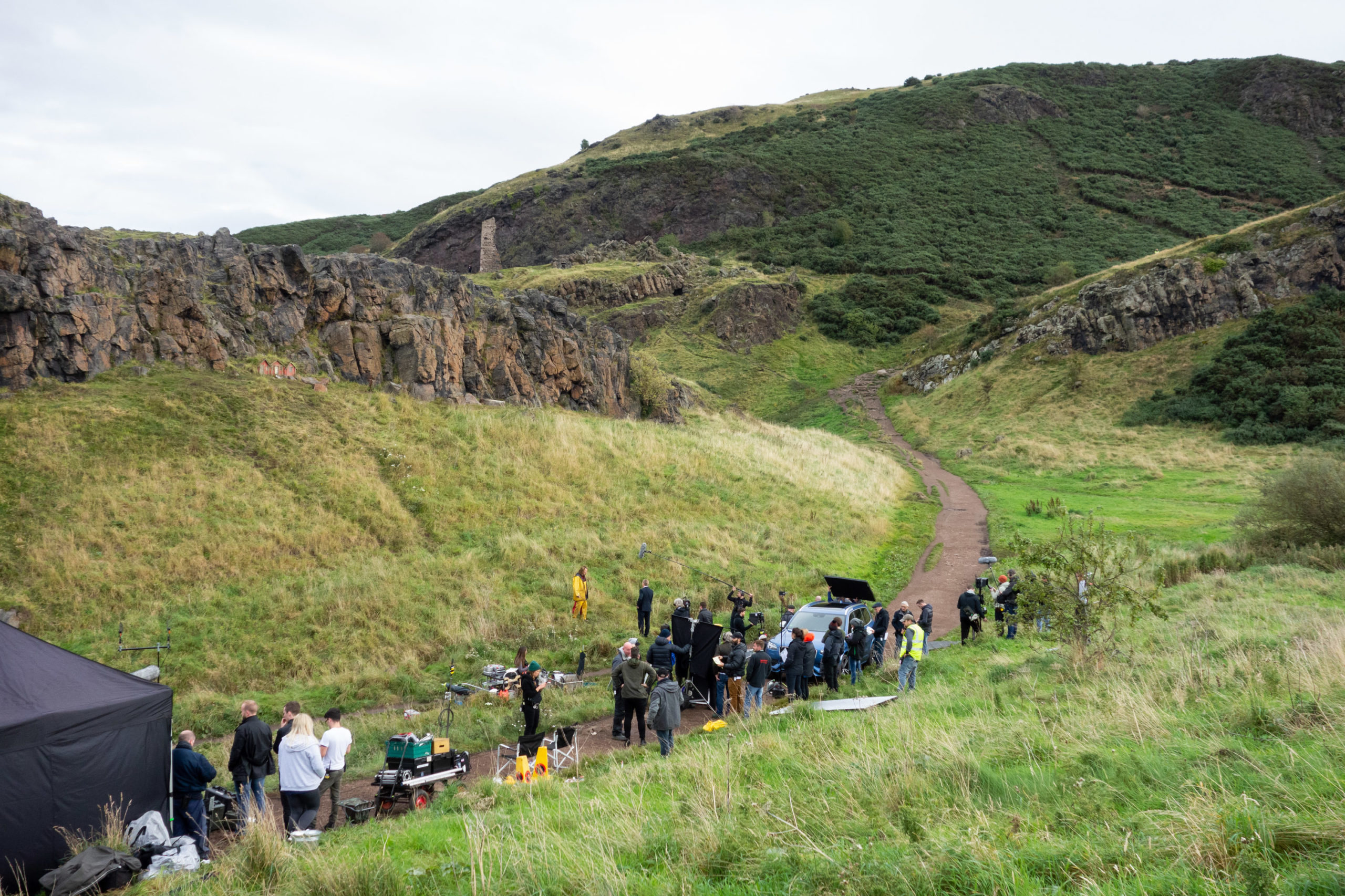 Behind the scenes at the filming of ‘Eurovision Song Contest: The Story of Fire Saga’ at Holyrood Park, with permission from Netflix

The movie also utilises the volcanic crags of Holyrood Park to stand in for Iceland. The Icelandic entrants, Lars and Sigrit, visit and pay tribute to the magical elves who live there in little wooden houses. Well, it wouldn’t be Eurovision without something a bit daft!

Perhaps it wouldn’t hurt to ask the elves if the UK could win Eurovision again… just a couple of “douze points” would be nice!

Although Fire Saga is a fictitious account of an Icelandic entry to Eurovision, if you listen out for Iceland’s 2021 entry by Daði Freyr you might hear a wee Scottish contribution to the virtual choir, thanks to the vocals of a certain HES Learning Officer!

This post was co-written by Fiona Davidson and Laurie Risk.

Fiona is a Learning Officer in the Learning & Inclusion Team. She first joined HES as Learning Officer for Stanley Mills in 2007. In addition to Eurovision, she loves cardboard and waterwheels (but appreciates the two don’t mix).

Laurie joined us as an Admissions Assistant at Stirling Castle and is now part of the HES Communications team. Her role involves organising filming to promote the wonderful collection of sites in our care. Her favourite is Skara Brae!