William Wallace is something of a mysterious figure, as we don’t have many records of his life. Here, Lucy Rodger investigates what we do know…

William Wallace was a knight and a resistance leader. He is most famous for his part in the First Scottish War of Independence.

We know very little about Wallace’s early life. His rebellion is first recorded in May 1297. It came amongst wider unrest due to Edward I of England’s invasion of Scotland in 1296, and defeat of the Scottish army at the Battle of Dunbar.

In 1292, Edward I had made John Balliol the new King of Scotland, expecting Balliol to be loyal to him. But when Balliol signed a treaty of friendship with Edward’s enemy, the King of France (known as the Auld Alliance), the English monarch was furious. After the Battle of Dunbar he tore the royal insignia from the deposed Scottish King.

He then took the Stone of Destiny (also known as the Stone of Scone) to England so no further Scottish Kings could be crowned. 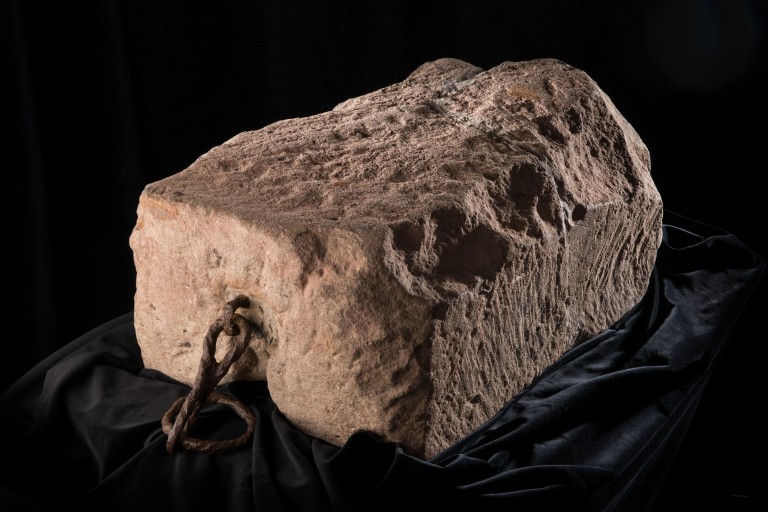 Here are 10 facts about the man to help you understand more.

1. A father by any other name

As we’ve mentioned, there is little information about William’s early life. His father could be either Sir Malcolm Wallace or Alan Wallace.

We do know William was probably born in the 1270s and, whether his father was Malcolm or Alan, he was born in Scotland – in either Renfrewshire or Ayrshire.

2. I killed the sheriff

In May 1297, William Wallace led a group of thirty men into Lanark, where he killed the English Sheriff of Lanark, William Heselrig.

This was one of many acts of resistance across Scotland following the defeat of John Balliol. In Northern Scotland, Andrew Moray led a rebellion against England after he was captured at the Battle of Dunbar.

On the 11 September 1297, William Wallace and Andrew Moray led the Scottish army to fight the English army at The Battle of Stirling Bridge. The Scots won a large victory despite their army being much smaller than the English one.

The result bolstered Wallace’s cause, and came as a real shock to Edward I. 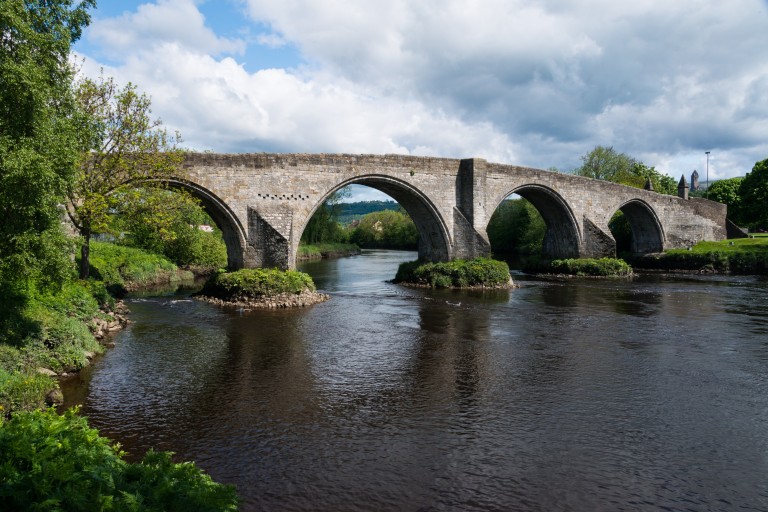 Amongst the dead at the Battle of Stirling Bridge was the hated figure of Sir Hugh de Cressingham, the treasurer of Scotland appointed by Edward I.

Cressingham was not popular – he had imposed high taxes and he had flayed Scottish war prisoners. In retaliation, the Scots flayed Cressingham’s body. Rumour has it that a sword belt was made from his skin for William Wallace…

Both William Wallace and Andrew Moray were to be declared Guardians of Scotland after the victory at Stirling Bridge. But Moray was injured in the battle and died, leaving Wallace as the sole Guardian of Scotland. 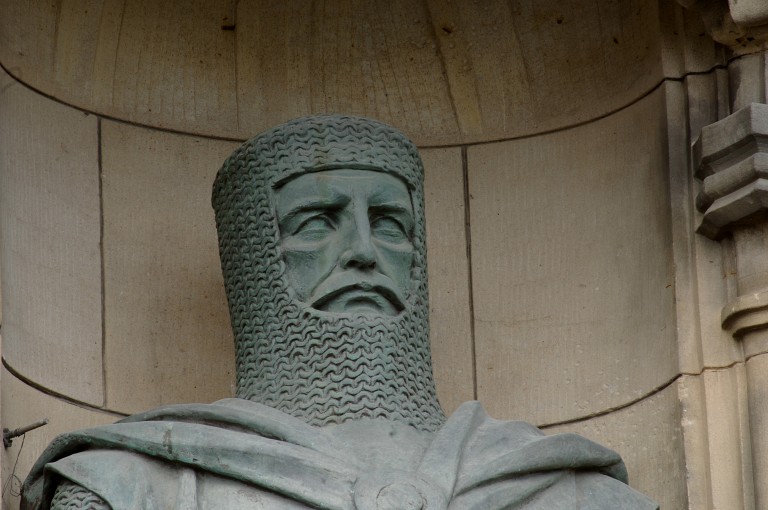 One example of what is thought to be William Wallace’s seal is left today, attached to the Lubeck Letter. This letter was sent shortly after the Battle of Stirling Bridge, on 11 October 1297. It declared that Scotland was open to trade once more with Lubeck and Hamburg in Northern Germany.

Wallace’s seal was attached at the bottom. One side displays the royal arms of Scotland and the other shows a bow and arrow with the words Willelmvs, Filivs Alani Walais – William, son of Alan Wallace. One biographer known as Blind Hary claims otherwise though, as you may remember from fact 1!

St Andrews was the most powerful and wealthiest area in Scotland for a bishop, so in aiding Lamberton Wallace had made an influential ally. 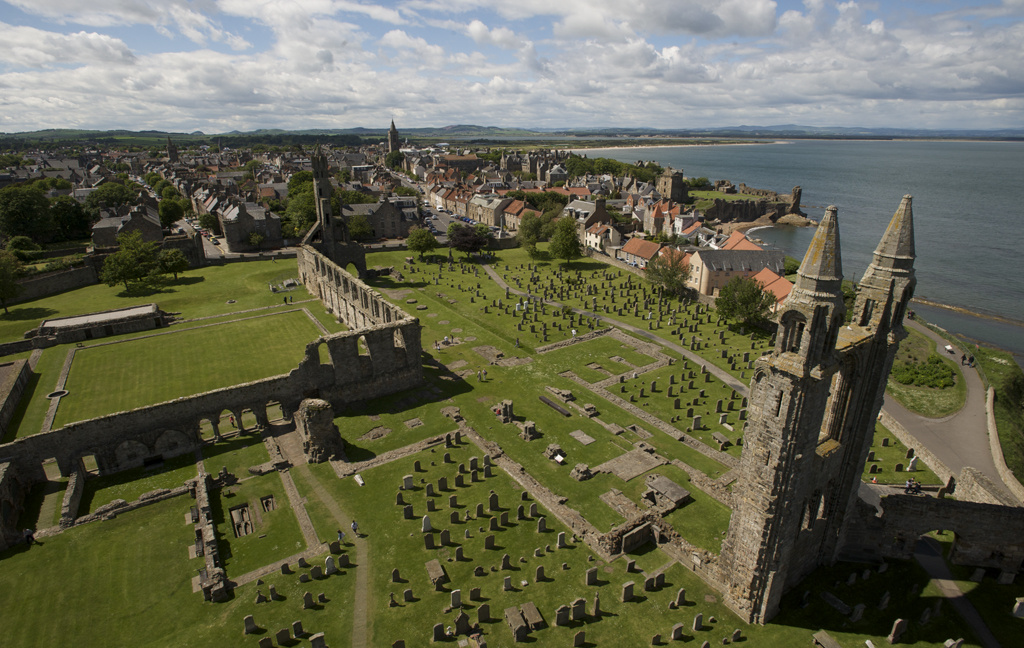 King Edward I was in France when he heard of his army’s defeat at Stirling Bridge.

When Edward returned to England, he had prepared a plan for his invasion of Scotland. On 21 July 1298, Edward’s army arrived in Linlithgow. Hearing news that the Scottish army was in nearby Falkirk, Edward moved his troops to meet the Scots army on 22 July.

The Scots were overpowered by the English use of archers. Those on the battlefield were killed or fled. Wallace managed to escape, he resigned as Guardian of Scotland and escaped to France.

Wallace travelled to France in 1299. The French King Phillip IV supported him financially and wrote a letter of recommendation that William be considered favourably in Rome as he is France’s beloved ‘Guillm le Wallois’.

Wallace then disappears from the records for a time. We don’t know whether he went to Rome, or even what his business would have been there.

By 1303 Wallace had returned to Scotland. He continued his fight against the English, but by this time most Scottish lords had pledged allegiance to Edward I. Edward offered a large sum of money for Wallace to be captured or killed. 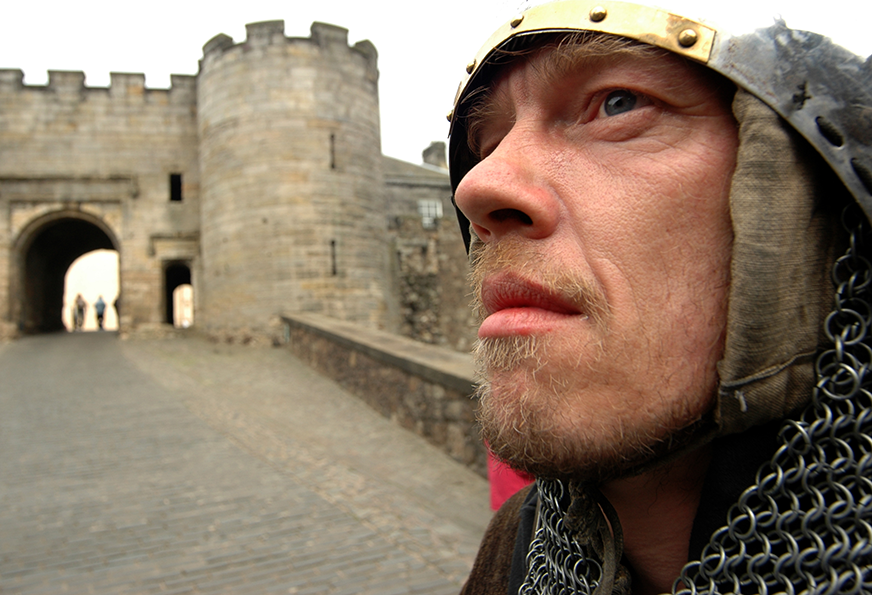 10. ‘I could not be a traitor to Edward, for I was never his subject’

Wallace evaded capture until 5 August 1305. John de Menteith, a Scottish knight, turned him over to English soldiers at Robroyston, Glasgow. Wallace was taken to London where he was tried for treason and found guilty; although he allegedly defended himself with the words ‘I could not be a traitor to Edward, for I was never his subject.’

Wallace was dragged through the streets before being hung, drawn and quartered. His head was then tarred and put upon a pike at London Bridge.

Did you enjoy this? Try our 10 things you (probably) didn’t know about Robert the Bruce!

Lucy works as a monument steward in the Central and Fife regions. She has a fondness for the Stewart monarchs and enjoys talking to visitors about the history of the sites she's working at. View all posts by Lucy Rodger