In 2015, a previously hidden Viking cemetery was uncovered on the north east coast of Papa Westray, Orkney. We’re thrilled to have secured funding to learn more about the site.

We commissioned AOC Archaeology to carry out a series of small-scale excavations on:

Although far from being the only Viking-age graves in Orkney, these burials give us a valuable opportunity to investigate the remains using cutting-edge scientific techniques and analysis.

Post-excavation work on the human remains and artefacts has only just begun, but the results so far are tantalising! 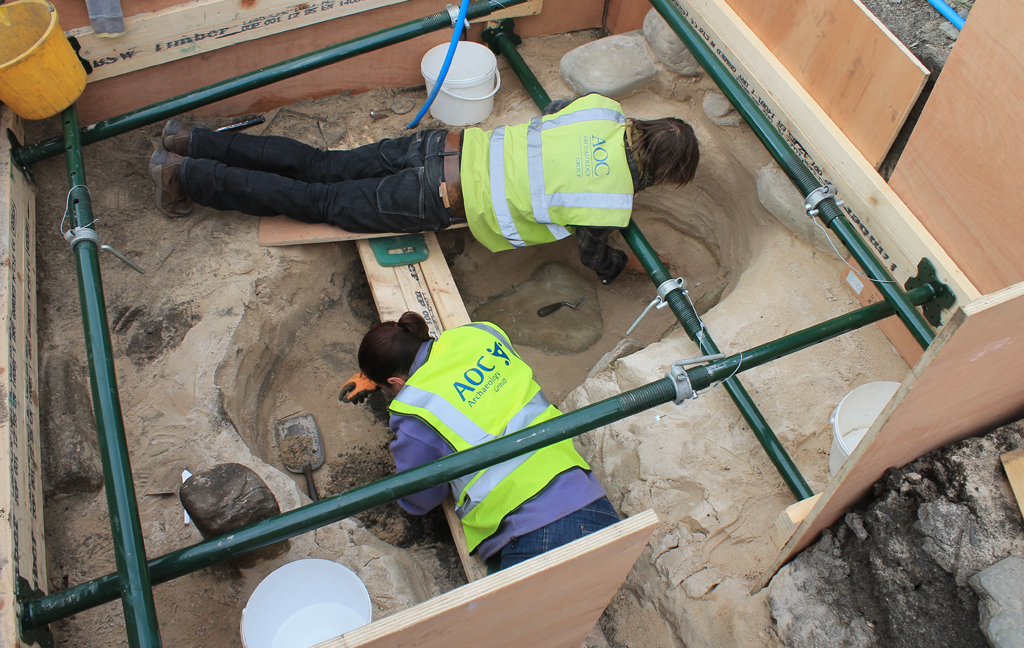 Before deciding to share these, we consulted recognised ethical guidance on digital imaging and human remains.

The burials were discovered atop a windblown sand ridge above the seashore, looking out to the Holm of Papa.

Various landscape surveys conducted over the last 30 years, including one by our predecessor body the Royal Commission on the Ancient and Historic Monuments of Scotland (RCAHMS) in 1982, identified a typical Orkney ‘farm mound’. That’s a deposit of soft loamy, brown earth with a few limpet shells exposed by erosion. This could relate to prehistoric or early medieval activity, but we don’t have any previous record of burials there. 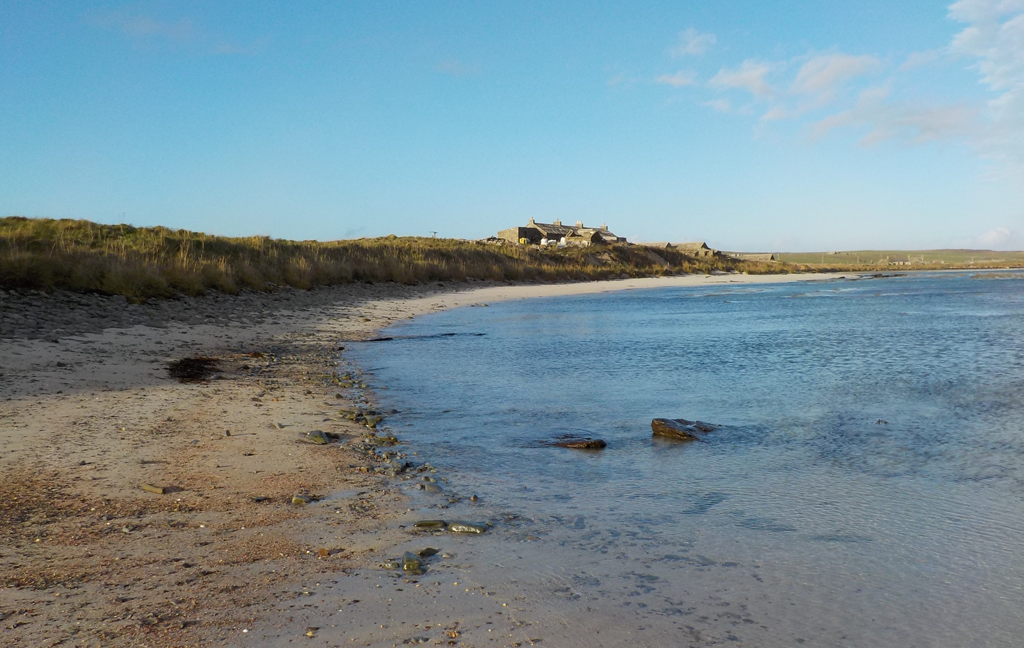 Once it was confirmed the bones were human and likely to be very old, AOC carried out an excavation under our human remains call-off contract. This is a rapid response programme designed to investigate and recover unexpected discoveries of archaeological human remains.

Secret in the sand dunes

Excavation of the burial and surrounding area found a body placed within a simple grave cut into the sand. There was no evidence of a coffin, stone lining or grave marker.

The body had been laid in the grave in a crouched position on its right side, spine slightly curved and legs crossed. We didn’t find any grave goods (items buried along with the body), but immediately around the bones the sand was discoloured and stained due to the decomposition of organic remains such as body tissues and/or clothing.

An initial assessment of the human remains by AOC osteologist, Dr Rachel Ives, suggests the individual was a mature adult, possibly male. Radiocarbon dating of a bone sample confirmed the burial is Iron Age in date, pre-dating subsequent burials by over 1,000 years. 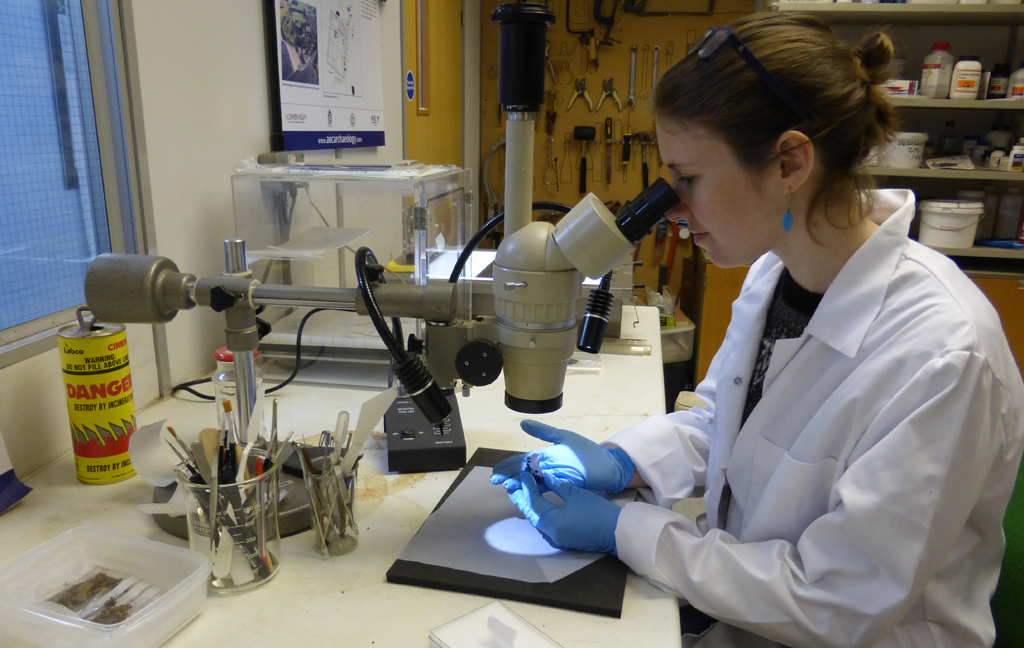 Analysis at the AOC lab

Just a few months after this incredible discovery, another deposit of human remains was found nearby.

Investigation of the exposed remains and surrounding area revealed a stone edged grave, cut underneath the remains of disturbed cairn.

But it quickly became clear this was not a simple burial.

AOC found linear organic stains in the sand from timber planks and a scatter of iron clench bolts. Further work revealed over 200 iron fittings of a form typically associated with clinker-built timber boats. 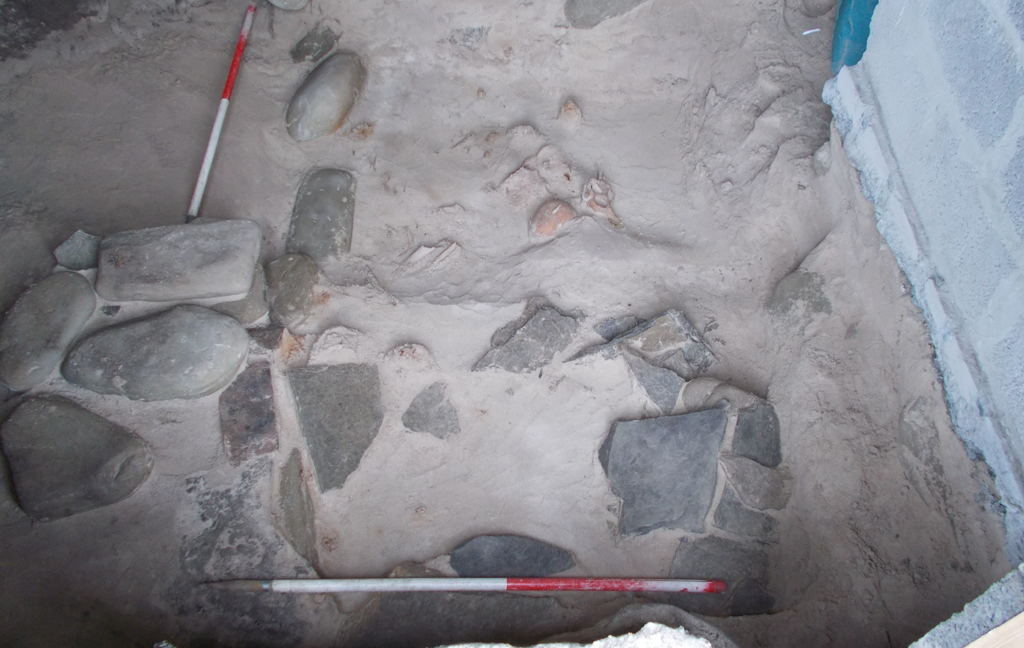 The boat would have measured between around 4.8 m long and 1.4 m wide. It’s likely the grave originally had a low mound of stone covering it. An upright stone at the east end of the grave, marking the prow, is almost certainly a grave marker.

This is particularly exciting because only ten boat burials from this period have been found to date in Scotland. Most were excavated in the 19th century, meaning they haven’t been recorded to modern archaeological standards.

In August 2015, AOC returned to investigate yet another find!

Excavation revealed the remains of a truncated rectangular stone cairn. Below this mound was a burial in a stone-lined grave. Many of the slabs used to line the grave had collapsed, covering the remains of a person buried with a fascinating suite of grave goods.

The body had been laid on their right side in a crouched position. Despite damage caused by the collapsed stone slabs the skeleton was well preserved, with the exception of the feet.

After the body had been placed in the grave a large iron sword, possibly still within its scabbard, was laid across it. The hilt pointed towards the feet and the tip of the blade was across the face. A shield boss was found at the individual’s shoulder, suggesting a wooden shield had also been placed over the body during the burial. 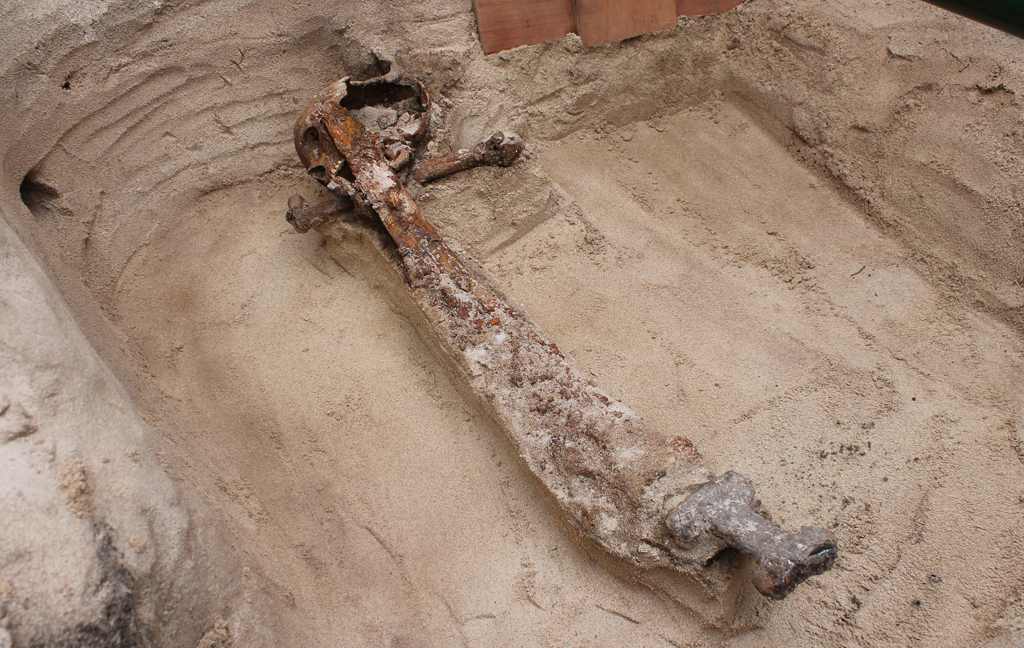 In this photo most of the skeleton has been carefully block lifted, with only the iron sword and the skull and arm bone it is resting upon still to be recovered. © AOC Archaeology

A bundle of wooden and iron objects was found behind the skeleton. They were block lifted in the field by AOC’s senior conservator, Gretel Evans.  It’s possible these represent a collection of iron arrowheads, but we need to carry out further work to investigate this theory.

Other objects awaiting analysis and conservation include a large knife (or possibly a spearhead); and a group of iron tools, textiles and organics.

Similarities with burials previously uncovered at Scar suggest the graves may belong to first-generation Norwegian settlers. The discoveries could provide us with a wealth of information on Orkney’s Viking community during the 10th century.

We’re hugely excited to be able to sponsor post-excavation work on the human remains and artefacts.

A detailed programme is now being prepared to find out more. It will include bone and artefact analysis, radiocarbon dating and conservation by an internationally renowned team of experts.

We’ll be sharing regular updates to let you know what we find out about these Viking burials.