We challenged the contestants of our brand new panel show to try some fabulous food inspired by historical cooking, ingenious ingredients and foraged flavours!

Did you tune into our CastleFest panel show, Fact or Fake News earlier this week?

In the “Taste the Truth” round our contestants were treated to a feast inspired by Scottish history. Two of the dishes contained authentic historical flavours and backgrounds, but one was a red herring. It was their job to work out which!

Curious about our choice of courses and their context?  Our chef, HES steward, reenactor and forager, Kat, tells us more (and shares the recipes!)

We thought we would ease the contestants in gently, so the first of our dishes was familiar-looking: a fish supper. 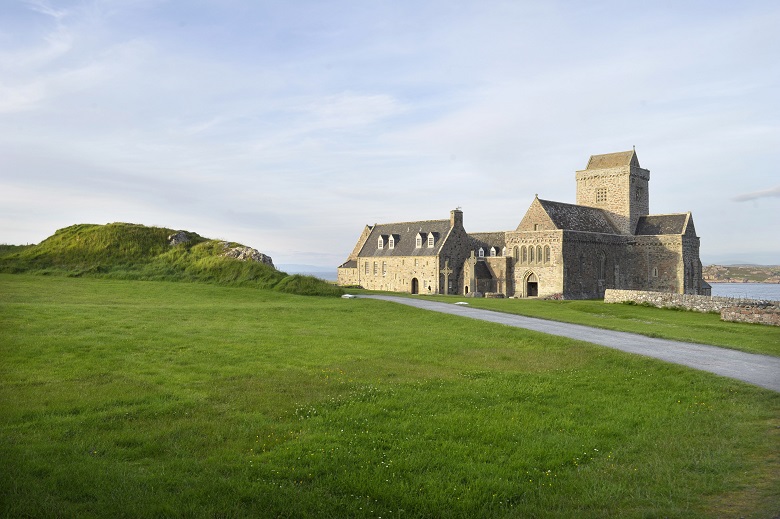 Modern fish and chips is thought to have been composed as a dish in the 1800s with the battered fried fish element having been introduced by Spanish and Portuguese refugees in the 1500s. But what if the monks of the 1300s had their own version?

Our Monastic fish and chips is inspired by abbey life in the 1300s. It’s made using cooking methods and ingredients available at the time through farming or foraging. Importantly, it’s also allowable under the strict rule of St Benedict (written in 516) which monks at Benedictine abbeys like Dunfermline and Iona would have lived their lives by. 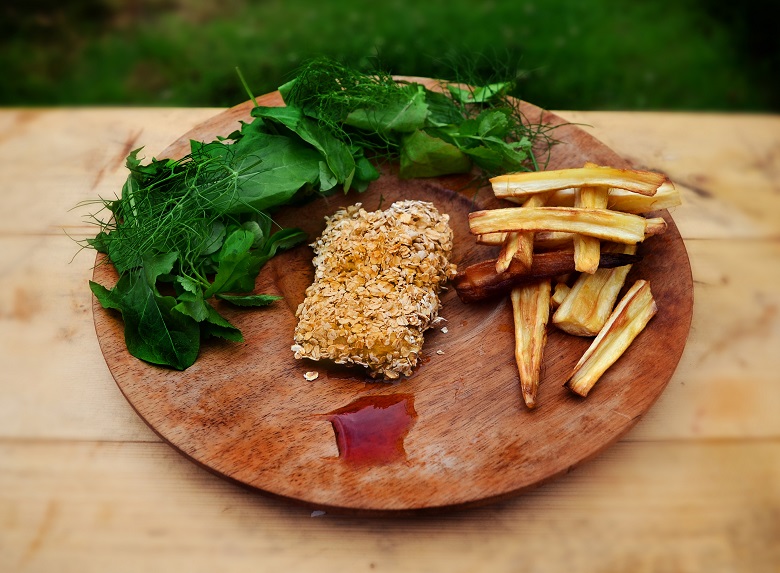 Fish and chips, but with a 12th century twist!

Fish played a large part in Benedictine diets, and a role on feast days in the Cistercian order, as meat from four legged animals was banned. The modern tradition of “fish Friday” is thought to have originated from this time as Friday was considered a fast day on which it was ok to eat fish.

There are examples of fish ponds having been built at many Abbey sites such as at Sweetheart Abbey. Other curious beasts classed as “fish” included ducks and even beavers.

The potato would not arrive ’til the 1600s but carrots and parsnips were grown in abbey gardens and plants like burdock could be foraged from the wilds and make a great alternative to potato chips. 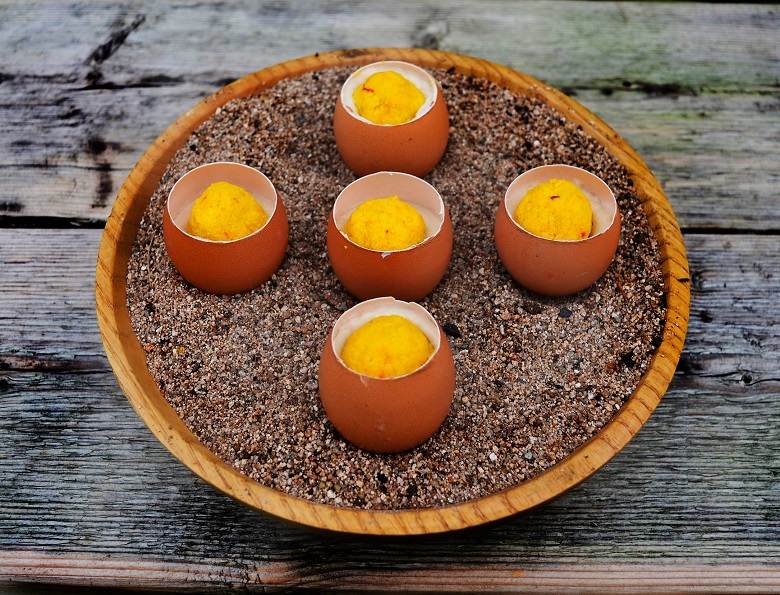 We move to the 1500s for our next dish – and it’s one fit for knights and nobility! This was a time when cooking was being used to impress, with expensive or rare ingredients to show off wealth.

Large and ostentatious menus often featured dishes known as “subtleties”.  These impressive edible decorations used clever culinary techniques to play a trick on diners by pretending to be something else. So, without further ado, allow us to present our “boiled eggs”! 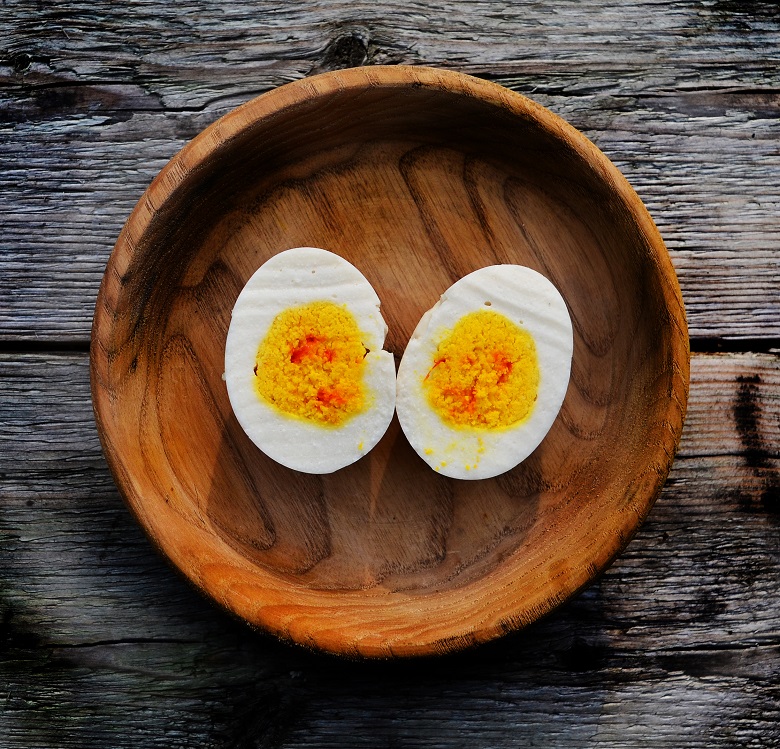 Other than the shells, the recipe contains no eggs and instead consists of two very expensive ingredients at the time, sugar and saffron, along with crushed almonds and almond milk set into a jelly which was done using “Isinglass” (the gas bladder of the sturgeon fish).

Other “subtleties” could have included pastry gardens filled with marzipan flowers, fruit made of meat, cooked mythical beasts and more! Certainly these eggs would not have been out of place at the elaborate three-day celebration Mary, Queen of Scots arranged for her son’s christening in 1566.

The third dish served to our brave contestants was from an entirely made-up recipe, Pemmican, a nutritious mix of fat, dried meat and berries, is an historically important part of indigenous cuisine in certain parts of North America.

We know that Scottish explorer Dr John Rae ate pemmican when exploring the Arctic. It was Rae, along with another prolific Scottish adventurer, Isobel Wylie Hutchison, that inspired our own version: “Scots Explorer Pemmican”. 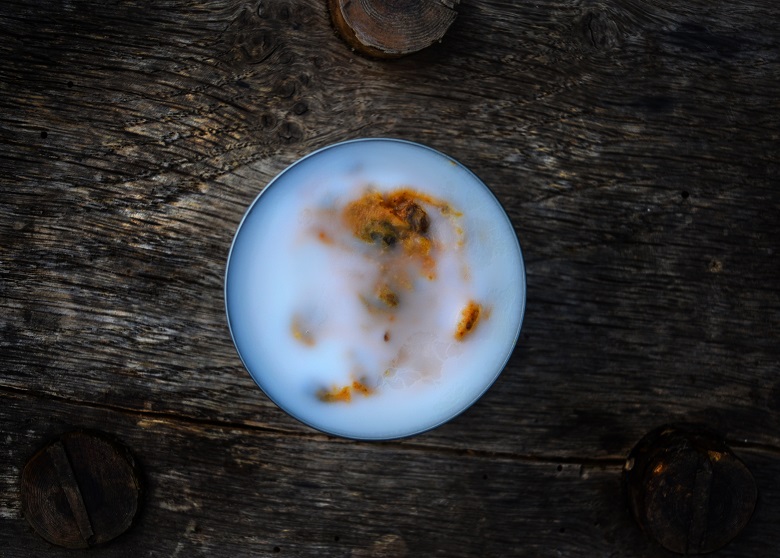 John Rae would recognise one of our dishes – but not some of the ingredients!

Orkney-born Rae is best known for discovering the grisly fate of the lost Franklin Expedition of 1845. He’s also the name behind our own Rae Project, which aims to digitally document every historic place and object in Historic Environment Scotland’s care.

Isobel Wylie Hutchison established herself as a trailblazing explorer of harsh terrains and as a botanist. She collected plants for the Royal Botanic Gardens and created important art, poetry and even an early documentary film recording her work. 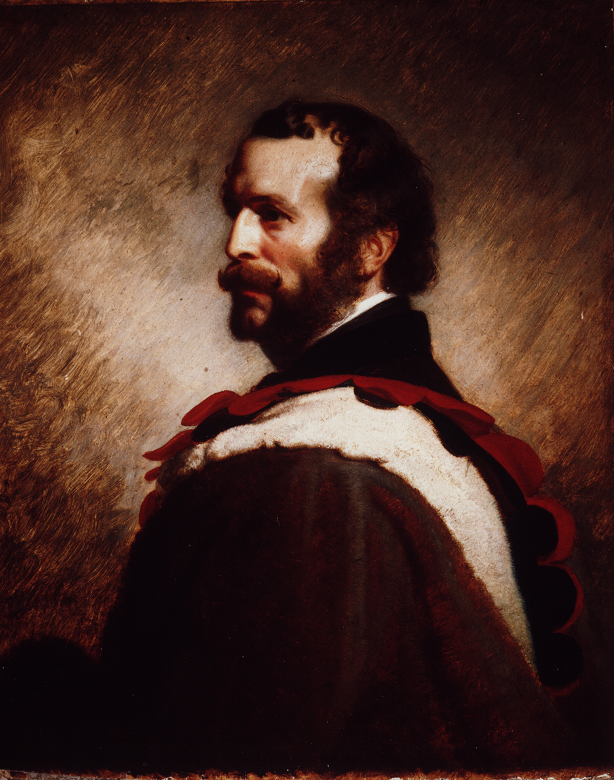 A replica of a portrait of Dr John Rae. The original was painted by Stephen Pearce in 1853 (Image from Scran)

Unlike the monastic fish and chips and the medieval boiled eggs, which used authentic historical flavours and recipes, our pemmican is a 21st-century creation.

Accompanied by a totally fictitious “origin story”, It contains a mixture of haggis, lard, mustard, chilli, curry powder and just about anything we could find at the back of the kitchen cupboards! One clue that this recipe isn’t totally authentic is the inclusion of HP sauce – not invented until after John Rae’s death!

We told contestants that they were eating the same stuff that Rae and Hutchison carried on their travels – but that was fake news!

Did our contestants Taste the Truth?

Want to see what our contestants made of their mind-boggling menu? Did the manage to identify our made-up dish?  You can watch Historic Fact or Fake News? below.

And if you want to try our dishes for yourself, we’ve include the recipes at the bottom of the page!

the Recipes for Our history-inspired dishes 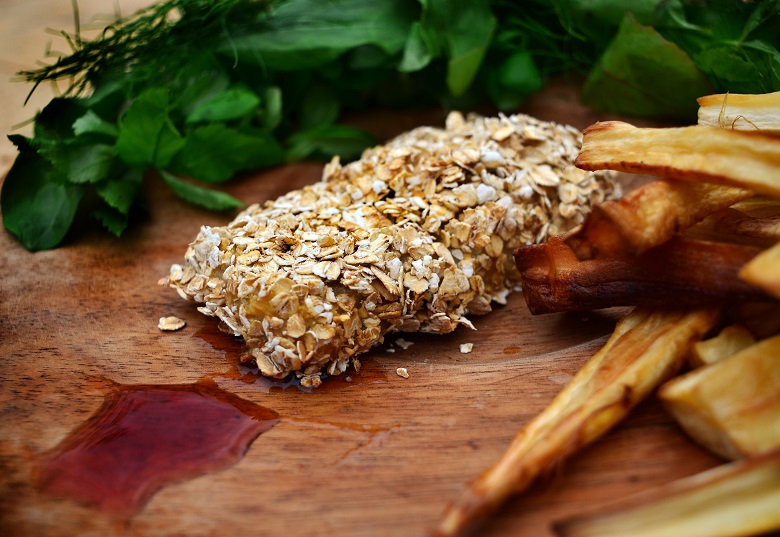 For the Hawthorn “Ketchup”:

This is the most time-consuming part of the whole dish however the “ketchup” can be made in advance in the Autumn and kept up to a year in sterilized jars.

To make the “Monk” Fish:

Benedictine and Cistercian monks often avoided using animal fats so this dish is made using the oven however it could also have been very carefully dry fried.

To make the Parsnip Chips:

Originally these could have been baked in the ovens used to supply the daily bread to the abbey or by par boiling and then either dry frying on a skillet or charring over a fire. Here we will use a modern fire and a little oil (though the monks probably did not)

This recipe is sourced from a cookbook compiled by Geraert Vorselman and printed at Antwerp in 1560.

To make 8 eggs as a dessert for 8 guests

Whilst the recipe and story of “Scottish Pemmican” was made up, pemmican was not. It was originally developed from Native American traditional recipes in Canada during the 1700s and used by explorers all over the world. This is an example of a pemmican you can make at home to try, but be warned it is extremely calorific!

Want to top off your meal with a sweet treat? Or maybe you want to match the dishes with a tipple?! Elsewhere on the blog you can recreate the Calanais Standing Stones in shortbread or take a cocktail-making class with Scottish whiskies and gins.

Kat Milligan is a seasonal steward at Threave Castle, an avid historical reenactor and a forager running "Wild Kat Foraging" in her spare time View all posts by Kathryn Milligan