The Mayback Viking Burials – Equipped for the Afterlife

Earlier this year we announced that we’re funding work to uncover more information about the Mayback Viking burials.

Analysis is now well underway in the labs of AOC Archaeology, so we asked the team to give us a quick look behind the scenes.

While the initial discovery has been hugely exciting for archaeologists and Viking enthusiasts all over, the work planned over the next few months has the potential to really blow some minds. There’s still much to do, but here are a few of the star objects from the burial so far…

We used x-ray analysis to find out more about the brass or bronze buckle loop recovered from the furnished burial. 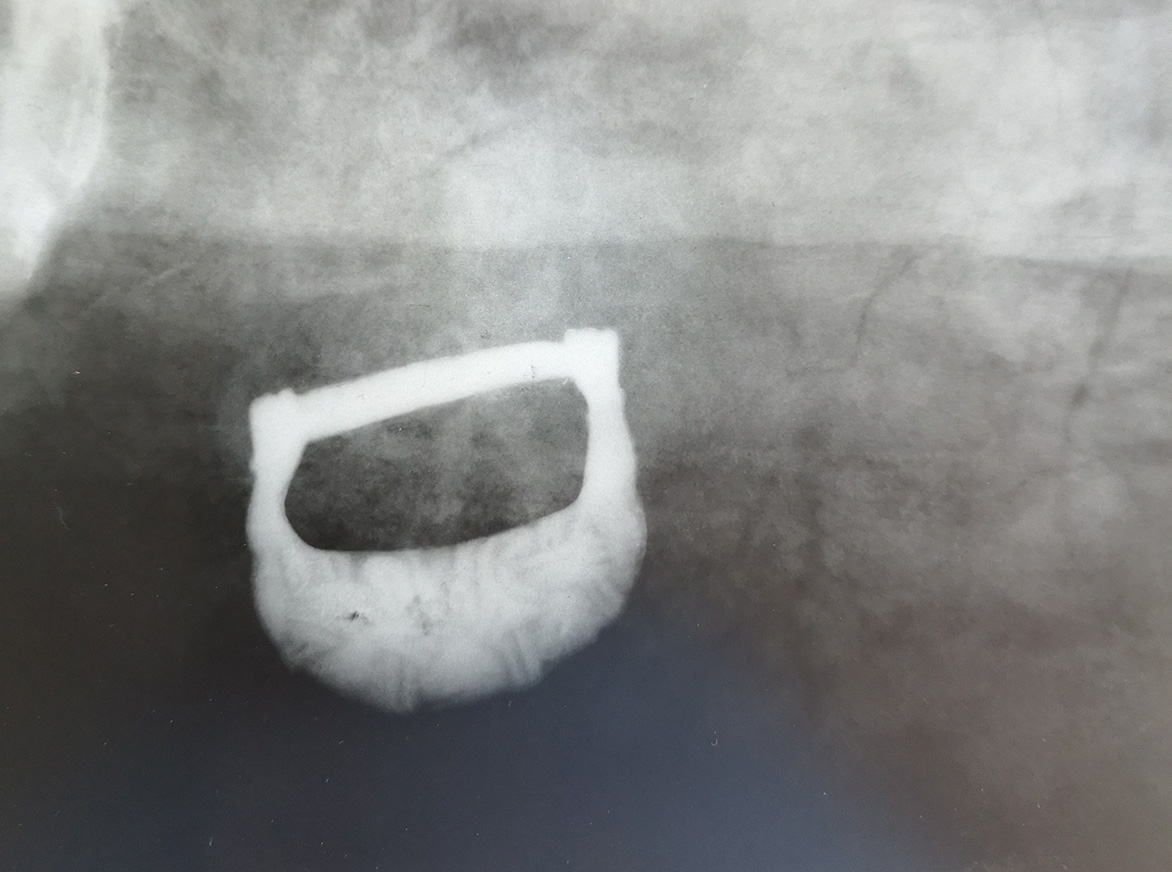 The Borre style was popular in Scandinavia and its colonies from around 850-950 AD. This buckle would have been a mass-produced object most likely cast in Scandinavia. There are only around 10 known examples of these buckles from the Britain and Ireland, and this is the second Scottish example we have. The other known one was found at Cruach Mhor, on Islay.

The Mayback example retains traces of fine textile mineralized on its surface that may be the remains of the strap to which it was attached. The buckle is stuck to the sword due to corrosion. Based on the position of the sword in the burial, we’re not sure if it was associated with a waist belt or part of the sword scabbard. We’re optimistic this is a question we’ll be able to answer with further conservation and analysis!

Another extremely rare survival is a bundle of arrowheads still attached to their arrow shafts. At the moment it’s hard to tell how many there are within the lumpy mass, but we think there are up to 6 arrows.

The arrowheads have leaf-shaped blades and a broad date range, mostly concentrated around the 10th and 11th centuries. 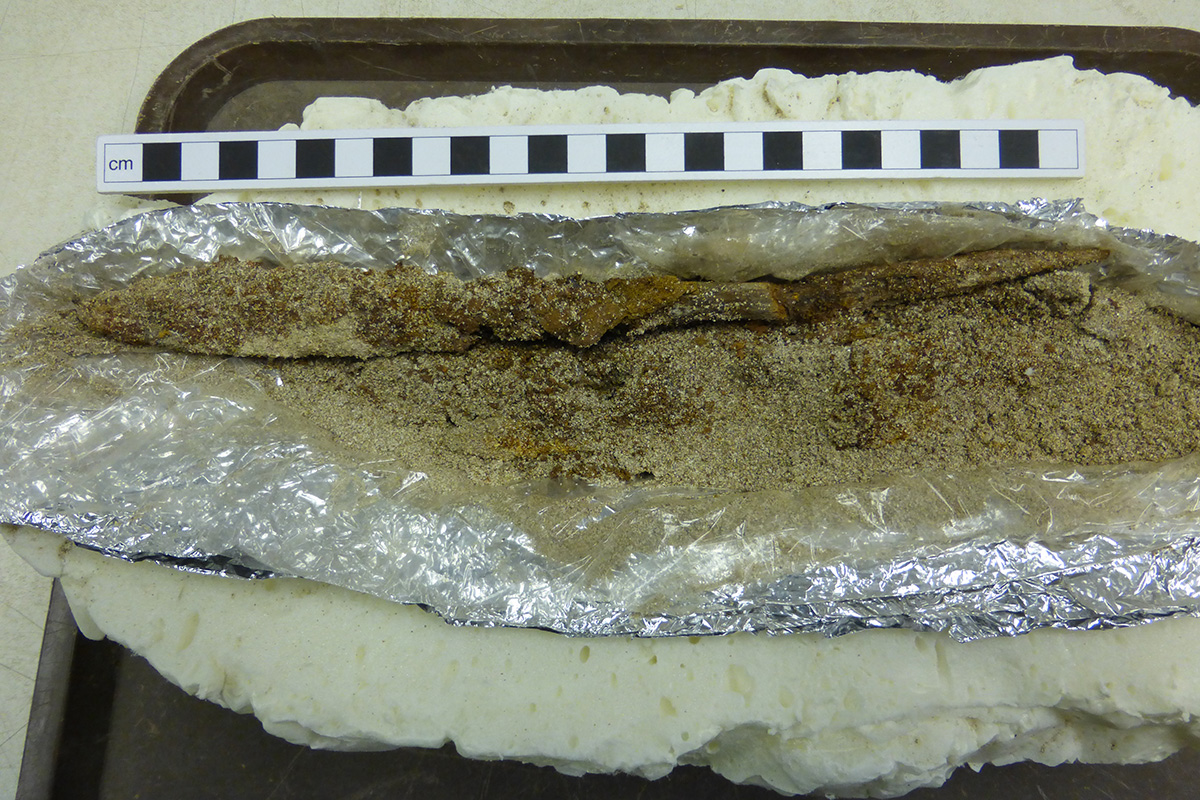 Tightly bundled arrowheads from the Mayback burial, with metal blades and wooden shafts fused together by corrosion – probably buried together in a quiver

The blades are also broad, suggesting they were used for hunting rather than warfare. Traces of organic components remain where the binding around the shaft once was, and the position of the arrows in a bundle suggests that they were deposited within the grave in a quiver.

It’s not common to find arrows in Viking graves and when they are found, they’re usually retrieved as single arrows. Interestingly, three quivers have now been found in Viking graves in Orkney, at Scar, Rousay, and now Mayback.

This find gives us the rare opportunity to learn more about Viking quivers and how they were constructed.

The shield boss from the boat burial is a Scandinavian type characterized by its domed boss and flat flange. The overwhelming majority of Viking Age shield bosses from Scotland are of this type, dating from around 850-950 AD. 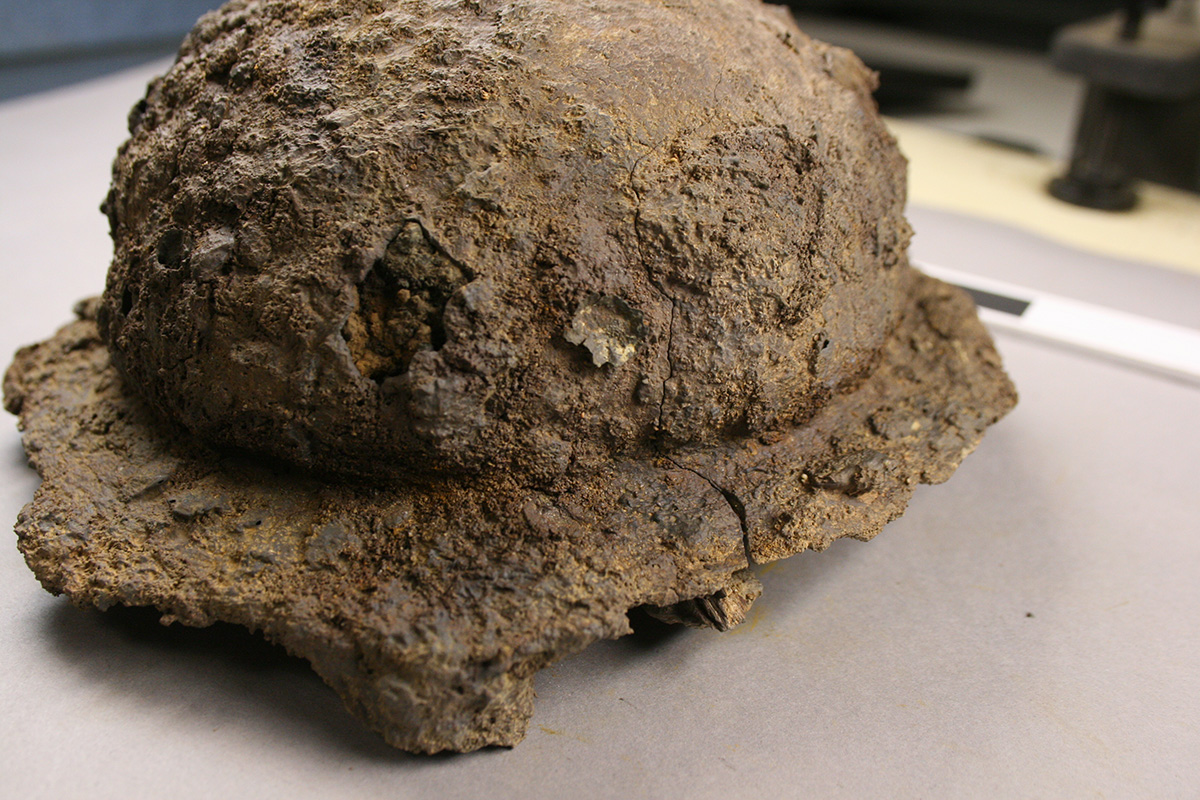 This Mayback example still has three of four rivets in place that would have attached the boss to the wooden shield board.

Rather remarkably, this example still has surviving traces of mineralized wood attached, representing the remains of the shield board and an entirely wooden grip, which is the only shield boss from Orkney to do so. This surviving evidence will help us to understand what type of wood these shields were made from, something we currently know very little about.

Possibly one of the most exciting and most complex artefacts, this rare survival will have many stories to tell. To preserve as much evidence as possible, we lifted the whole sword and its surrounding soil in a block to be transported to the lab and forensically excavated there.

It’s so fragile we don’t even know what the underside looks like yet, so our understanding is sure to change in the coming months. The iron in the sword has heavily corroded, with many of the striking details only visible through x-ray! 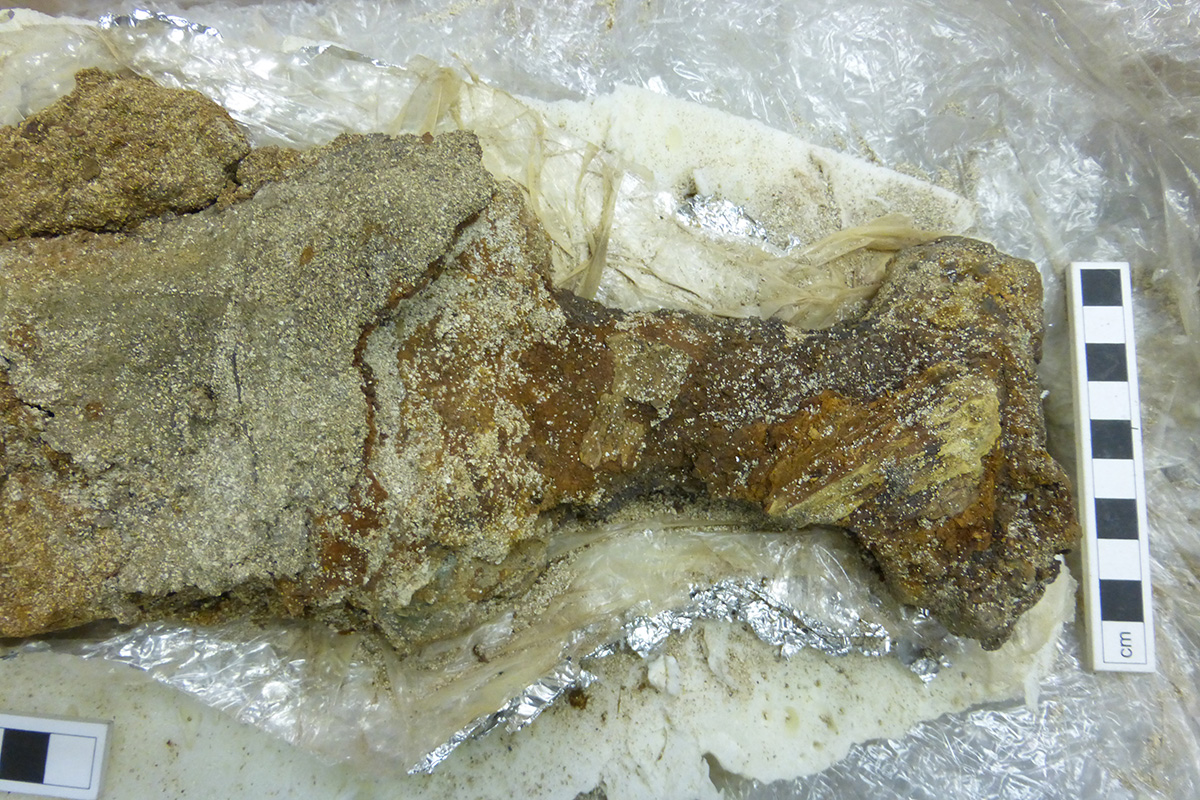 At this stage we’ve identified the Mayback sword as a Pedersen Type D. These are typically associated with the 9th century.

Type D swords are some of the heaviest from the Viking Age, which would need the balance of a substantial hilt to stabilize them. They are characterized by decorative hilts. Elaborate geometric designs and contrasting non-ferrous metals were used to create impressive effects on the upper and lower guards, as well as the pommel.

Although it’s currently only visible via x-ray, the Mayback guards appear highly decorated. A series of elongated octagons and possibly raised lozenges have been used to create a honey-comb-like pattern, most likely using contrasting metals. 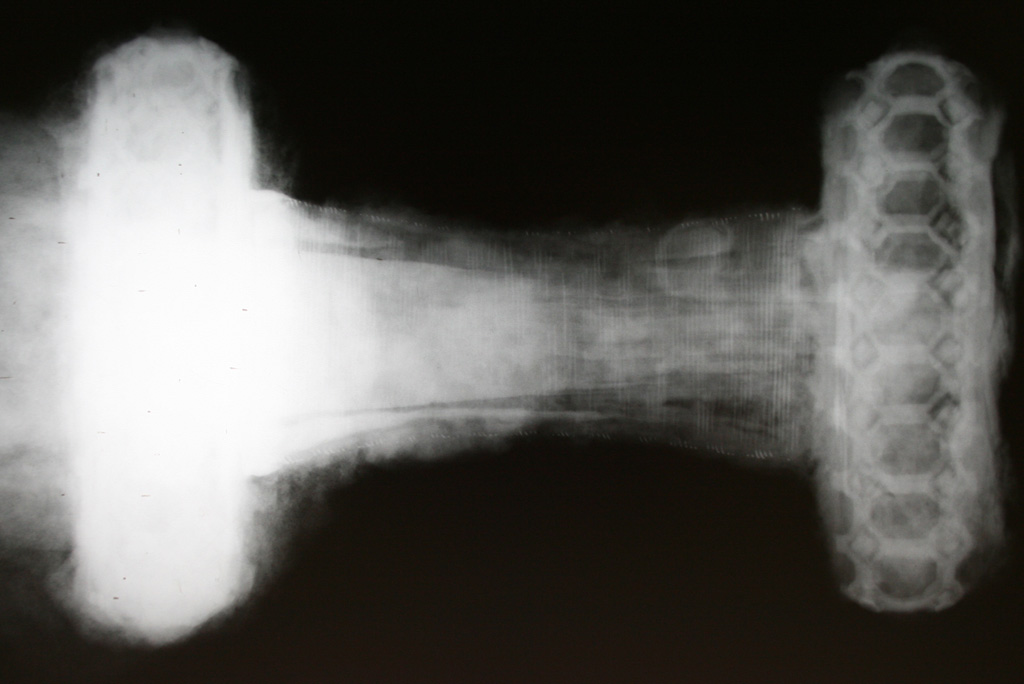 An X Ray of the Mayback sword shows a decorative pattern

The hilt is covered in mineralized organics. These may represent the remains of a protective cover sewn directly on to the sword. If so, we could be about to get a rare glimpse of how weaponry was stored when not in use.

The blade is corroded but complete, double edged, and has possible damage to one edge. Substantial elements of the scabbard survive as mineralized wood covering much of the blade.

A Bit of Context

Given very few Viking Age scabbards have survived, the Mayback example is a very important addition.

Most Viking Age scabbards are made up of an inverted fleece lining next to the blade. This would have been contained within a sheath made from thin lathes of wood, then bound – possibly with strips of a fine textile.

We know of at least 30 of these blades throughout the Viking world. Approximately half have been found in Norway, with others discovered as far west as Dublin, and as far east as Slovakia, Poland, and Russia.

However, the only other Type D sword is from the Isle of Eigg. That one was excavated in the 1830s.

The position of the sword within the Mayback burial is very unusual, as it was laid over top of the body with the hilt at the hip and the blade tip over the face, as opposed to the more common placement of the sword positioned alongside the body blade downwards.

This post was written by Andrew Morrison, with data from Caroline Paterson and Dr. Stephen Harrison.