On World Wildlife Day, we head to some of Scotland’s abbeys, cathedrals, castles and forts in search of animal encounters.

Historic Scotland properties give us an amazing glimpse into the lives and times of people from hundreds of years ago. But our sites also teem with modern life: feathered, hairy and scaly critters visit and set up homes in and around these monuments of Scotland’s past. On World Wildlife Day, we asked our site staff to share tales about their favourite animal encounters. 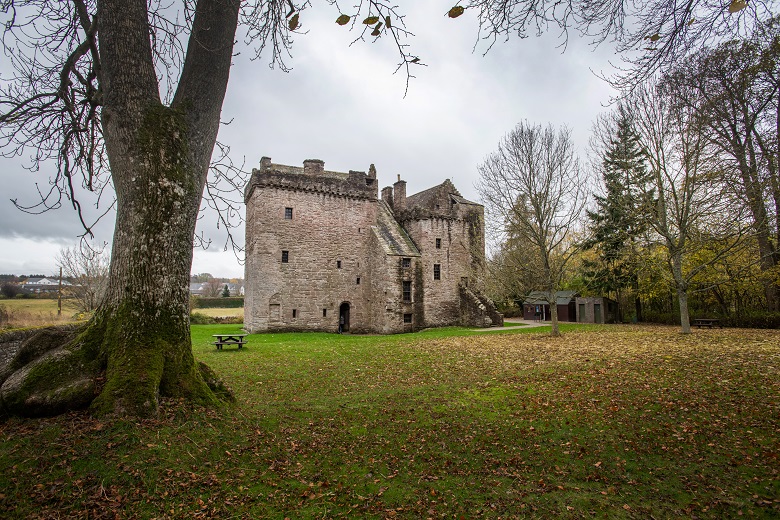 It is not every day that bats close a historic monument. That is why roving manager Siobhan still remembers when it happened to her five years ago. When opening Huntingtower Castle on a July morning, she found a surprise behind the door:

“I could only stare as I took in the sight before me. All around the walls of the great hall, painted bedroom and kitchen were flocks of sleeping bats! I quietly closed the door and phoned for help.”

Huntingtower is home to Natterer’s bats, brown long-eared bats and common pipistrelles. In the storm the night before the bats had not made it to their normal resting places under the roof and the in the top-level fireplaces. Instead, they had settled on the nearest surfaces inside the castle. 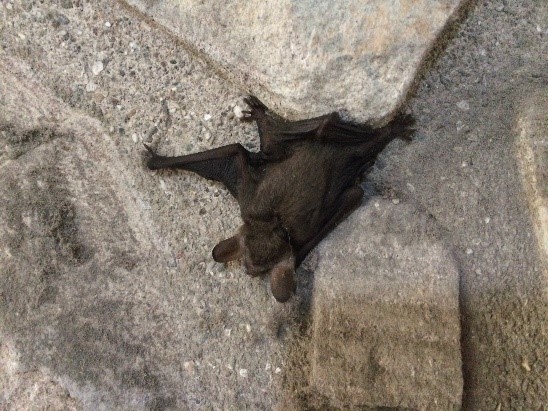 Do not disturb! Important bat snoozing happening on the wall of Huntingtower Castle.

Bat bites can spread disease, and their roosts are protected by law. The castle had to close to visitors for the day.

“Every couple of hours I checked whether any bats had fallen down. Bats’ wings are not strong enough to lift them from ground level and they would have died if left on the floor. I was told to pick up any fallen ones wearing a thick glove, and to put them back on the wall.”

The fox family of Arbroath Abbey 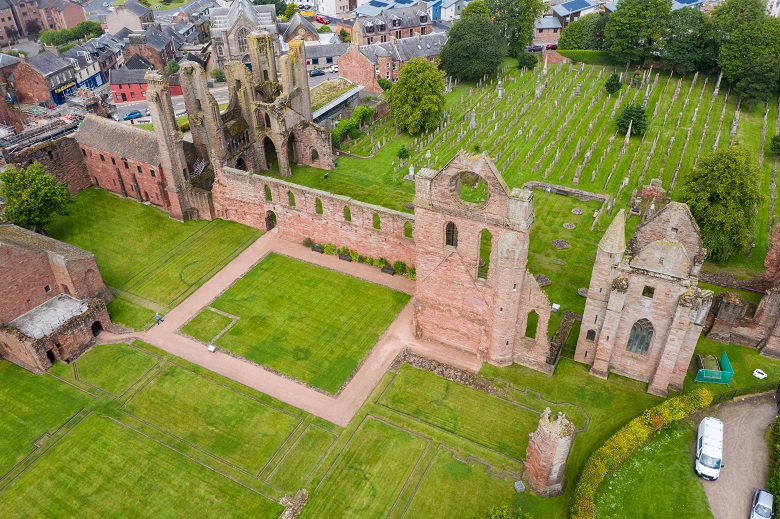 Those with sensitive noses may notice a faint whiff of musky, foxy smell when visiting the Arbroath Abbey visitor centre.

The foxes of Arbroath Abbey seem to have thrived in the relative quiet of the last two years. In 2019, a hole resembling a fox den appeared in the cemetery. But the den seemed unused until the following year, when tiny pawprints outside gave away the fox cubs.

The fox family stayed, and steward Fiona continues to find clues of their hidden lives:

“Last year I enjoyed my daily visits to see what sort of litter they had been playing with and chewing on that night. With each passing day the pawprints got bigger, and the mess the cubs were leaving got messier. It became a little embarrassing as I had to tell visitors to watch their feet!”

Fiona’s foxy highlight came the day when she stood quietly near the den entrance and heard the cubs play-fighting under her feet. 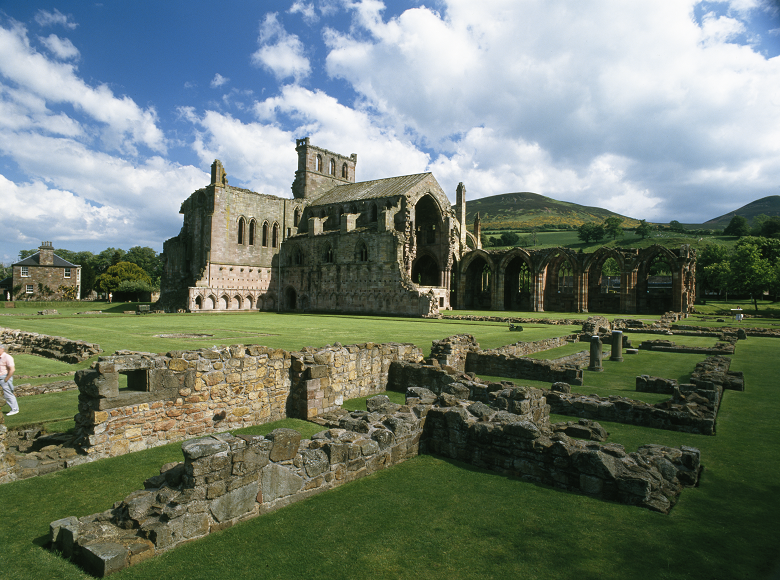 Now that doors and windows are kept open for ventilation at our sites, Melrose Abbey has had all sorts of animal visitors indoors from bees to birds to squirrels.

Swifts nest under the eaves of the abbey museum every year. Steward Caron particularly remembers one male bird who was either interested in the abbey’s history (or not in the mood for the icy weather outside) and had to be carefully coaxed away from the collections.

“We were trying to lock the museum in the evening but there was a swift inside sitting on the wall cornices on display, taunting us from above. We fashioned nets out of brooms, bin bags and coats, and tried to catch the bird or tempt him towards an open window.” 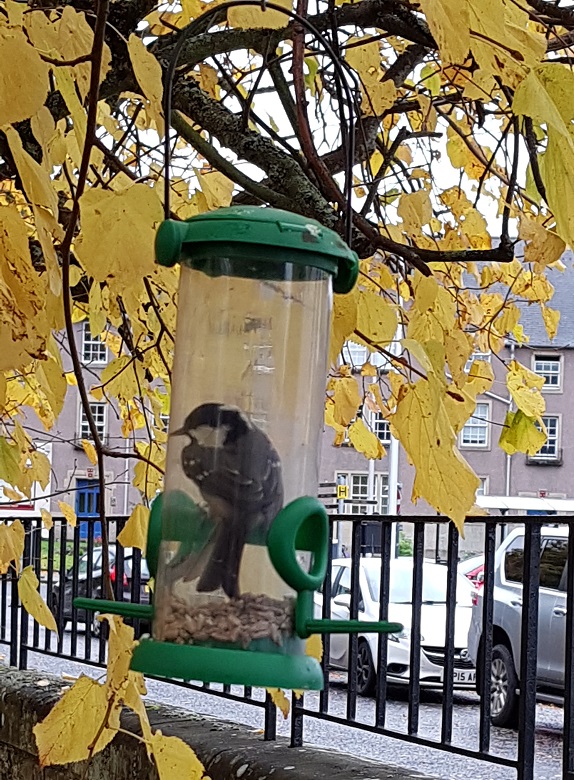 Avian residents of Melrose Abbey have a knack for getting in trouble: a coal tit decided it was cosier inside the bird feeder!

After an hour Caron and her co-workers admitted defeat.

“We just had to leave him where he was with a window open, and hope that he would go out himself overnight.”

Mr Swift fancied a night in the museum. He only left the next morning when the stewards came back to work. 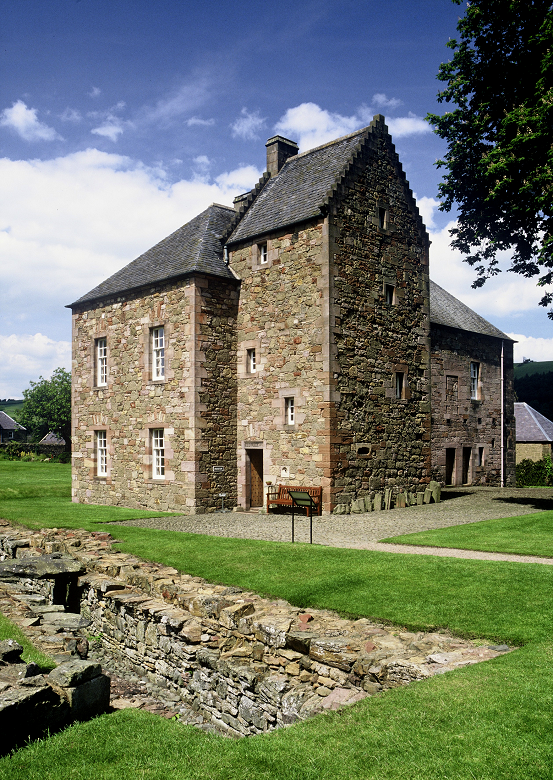 How would you tempt a swift out of the Commendator’s House that now serves as the museum at Melrose Abbey?

The ramparts at Fort George are a favourite spot for wildlife-watchers. The fort lies on a spit of land reaching out into a narrow stretch of the Moray Firth that boasts the largest pod of bottlenose dolphins in the UK. 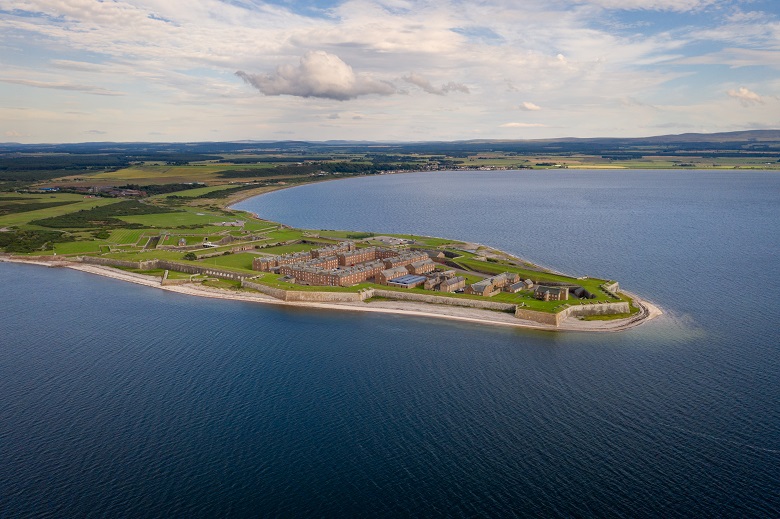 HES volunteer David says the dolphins come within metres of the beach below the walls:

“We often see dolphins leaping out of the water. One of my favourite memories is seeing a large dolphin navigating around the end of the Fort. It performed 23 continuous breaches to the amazement of many visitors.” 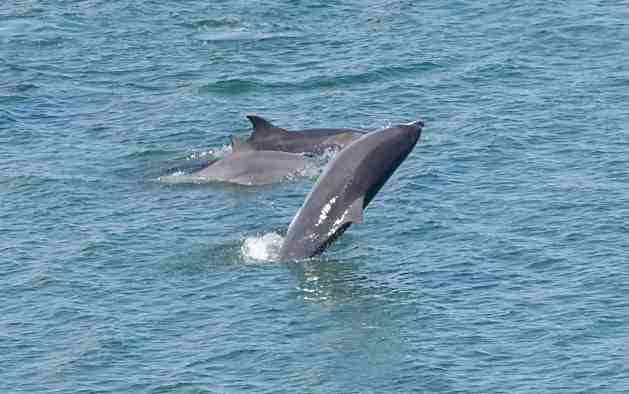 In the cold waters of Northern Scotland dolphins of Fort George have a thick layer of blubber. Photo by David Shaw.

Fuel tankers and cargo ships can also bring the dolphins out for a ride.

“When the water is pushed away from the bows, dolphins surf the pressure waves ahead of the boat!”

David has seen bottlenose dolphins catch fish, whereas stewards in Dunblane are close to displays of a more avian nature… 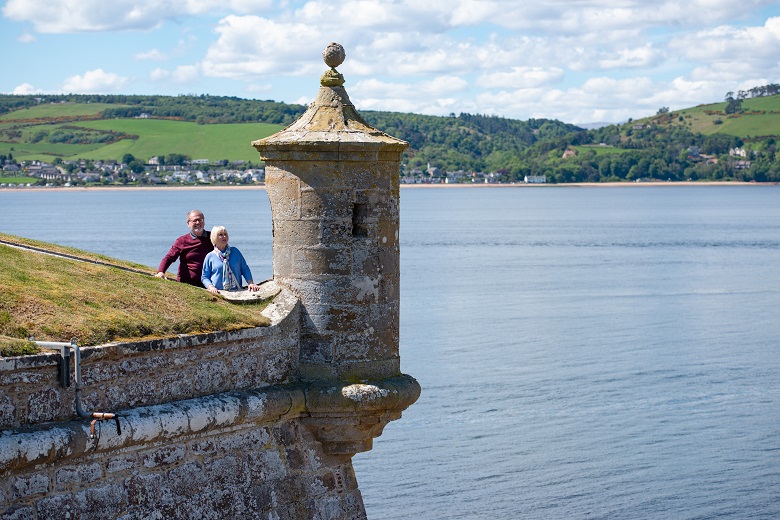 Visitors to Fort George look out over the Moray Firth.

For a few years, a male Peregrine falcon has been seen perching at the top of the 12th century tower of Dunblane Cathedral. Steward Roz is no stranger to his eating habits and wide-range diet that includes smaller birds like redwings and snipes.

“We are frequently welcoming visitors at the door with feathers raining down on us while it’s dinner time up above. We even had to order new cleaning equipment to try to wash away the mess.” 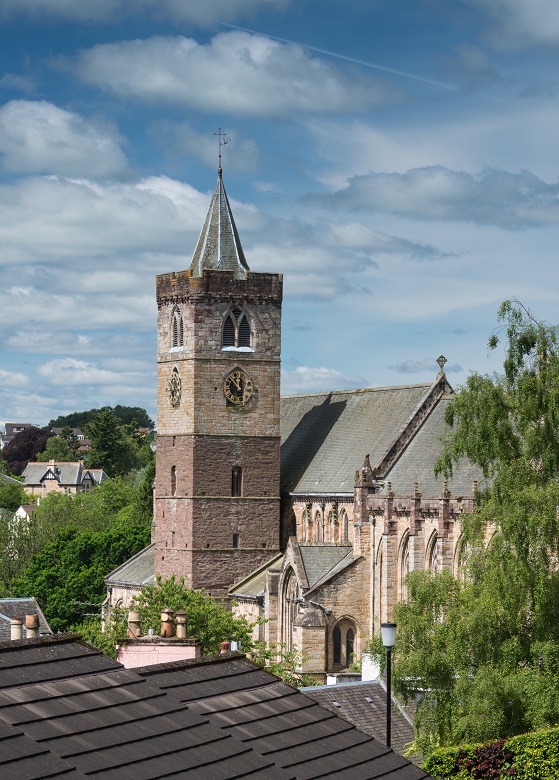 A local wildlife group has kept an eye on the Dunblane Cathedral tower for years.

Last year, a box was put up in the tower to encourage the male to stay and nest. He used to leave for the summer months to mate elsewhere. This winter a female arrived, but it remains to be seen whether she will stay. According to Roz, the pair is already causing ‘quite a stir’:

“We are now getting a lot of visitors to the grounds looking for them.” 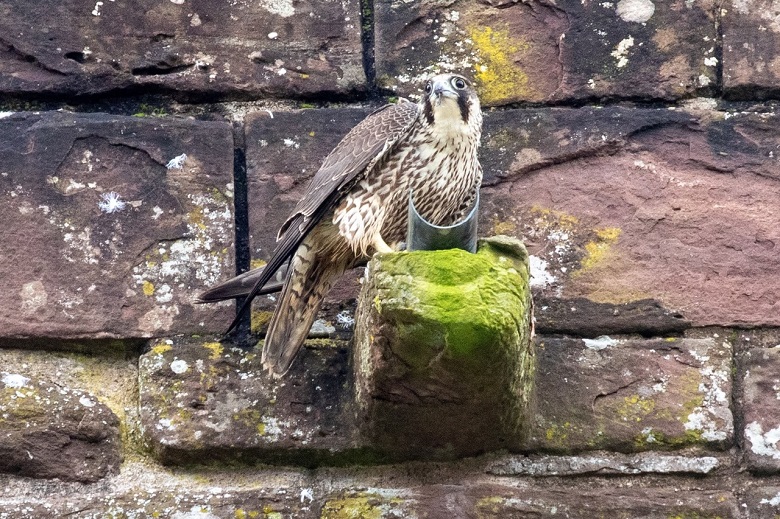 Will this Peregrine falcon stay at Dunblane and raise young this year? Photo courtesy of Michael Cook at Wild Scot Blog.

We have more animal stories…

It is Scotland’s Year of Stories, and our site staff have all the gossip on past kings and queens, monks, nuns, cooks and masons. But we also have stories of owls stuck in chimneys, mice nesting in boiler rooms and squirrels arguing. There’s tales of ducklings waddling, buzzards swooping, otters fishing and crows stealing stuff!

Keep an eye out for wild things when you visit and be sure to ask the stewards about the resident animals. You can head to the nature and wildlife section of the blog for more plant and animal magic from Holyrood Park to Neolithic Orkney.