Kilmartin Glen is steeped in history. It’s a fascinating – and beautiful – place to explore by bike! Join us for a cycle through Kilmartin Glen in this blog.

This peaceful place in Argyll on the West Coast of Scotland is steeped in history. In fact, it has one of the most important concentrations of Neolithic and Bronze Age remains on the mainland!

It’s a great place to explore by bike. Kilmartin Glen has off-road cycle paths and some quiet roads, perfect for an easy cycling trip in Scotland or a family day out with a picnic stop.

The Caledonia Way, National Route 78 of the National Cycle Network, cuts through the glen. Those looking for a big cycling adventure can explore the full 235 miles of spectacular scenery all the way from Campbeltown to Inverness.

So what are you waiting for? Hop on your bike, feel the wind in your hair, and see how many ancient monuments you can cycle between, from towering standing stones to underground cairns.

It’s a short, easy, and mostly flat cycle between the routes we’ve listed below and that feature in our map. 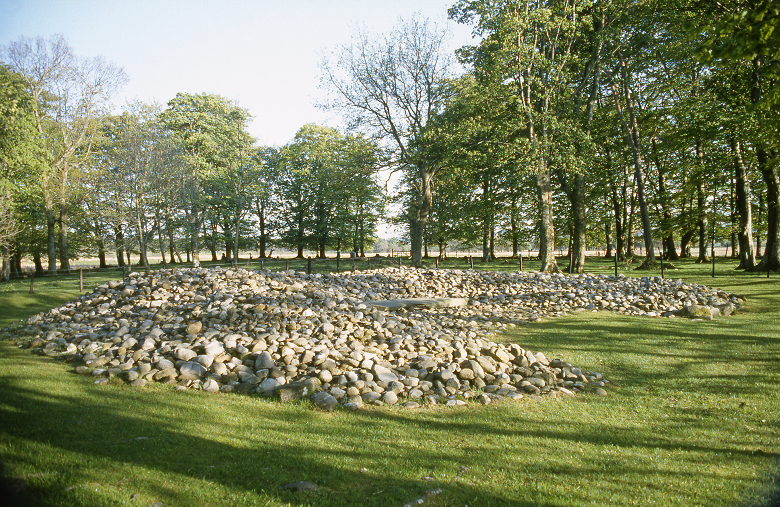 Ri-Cruin Cairn is the southernmost point of the prehistoric ‘linear cemetery’ on Kilmartin Glen’s valley floor.

From here, heading North, you can explore the monuments we’ve mentioned below on a traffic-free path.

Sadly, the cairn was extensively damaged during agricultural works in the 1700s and 1800s, but it was once likely the resting place of a high-status prehistoric individual.

Soak up it’s peaceful presence in this little wood. 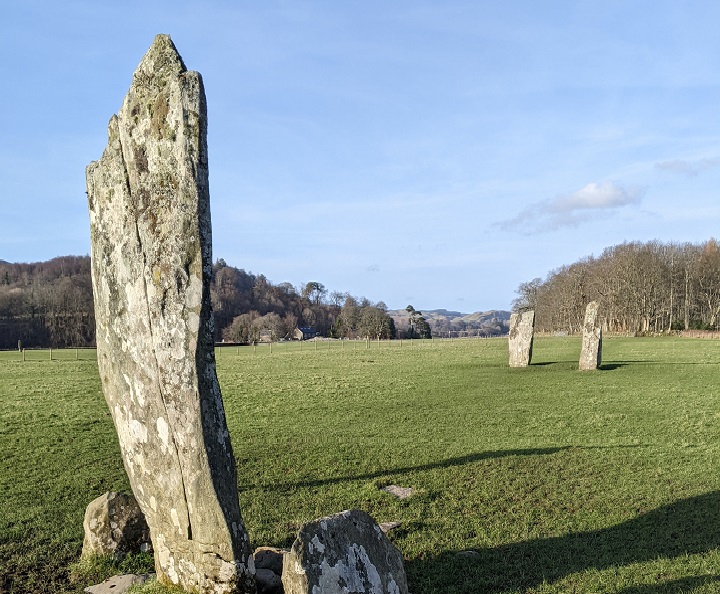 Just up the road is Temple Wood Stone Circle on one side, and Nether Largie Standing Stones on the other.

Temple Wood Stone Circle was in use for some 2,000 years, from the Neolithic period through to the Bronze Age.

Grave goods were found during excavations there, including barbed-and-tanged arrowheads, a finely decorated beaker, and yellow and red ochre, as well as a child’s tooth.

The Nether Largie standing stones are marked with cup and ring marks. You can access the field they stand in, to feel their towering presence that must’ve inspired communities many thousands of years ago.

If you are bringing your car, Lady Glassary Wood Car Park is opposite the stones. 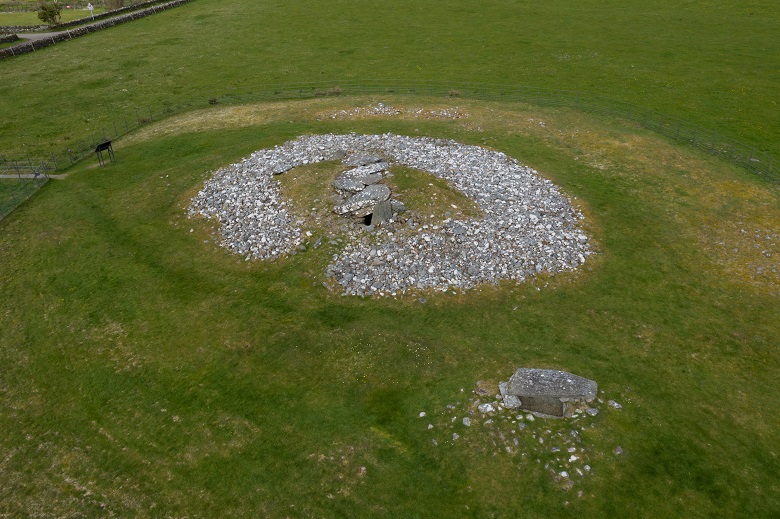 A little further along the path, there are three cairns in succession.

The Nether Largie South Cairn is the oldest monument in Kilmartin Glen’s prehistoric linear cemetery. It was likely built over 5,000 years ago! That’s more than 1,000 years before the other burial cairns which now form the linear cemetery.

Next up is Nether Largie Mid Cairn. Rare axe-head carvings found in one of this cairn’s two cists suggest that this was the burial place of a high-status individual. Axes were an indicator of wealth.

At Nether Largie North Cairn, a study revealed a fascinating discovery on its capstone – about 40 cup and ring marks, and pecked carvings of two axe-heads! 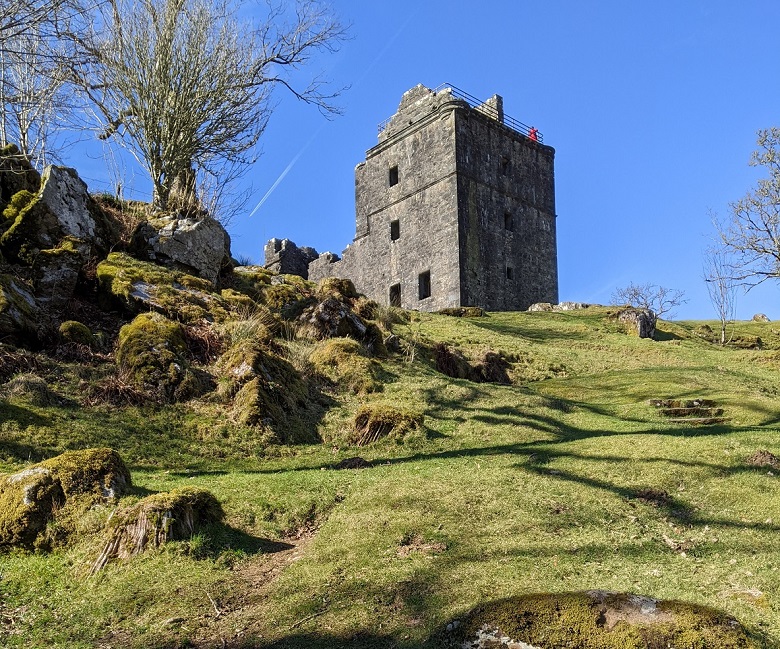 Carnasserie Castle is at the top of this path network. There is a car park, but to reach it off-road from the other monuments by bike, you’ll cross through a field.

One of Argyll’s finest Renaissance residences, Carnasserie Castle was once the fashionable home of the first Protestant Bishop of the Isles, Master John Carswell.

Once you reach the castle, climb the towering steps for amazing views over the glen on a clear day.

There’s a perfect grassy spot beneath the castle for that post-cycle cake. 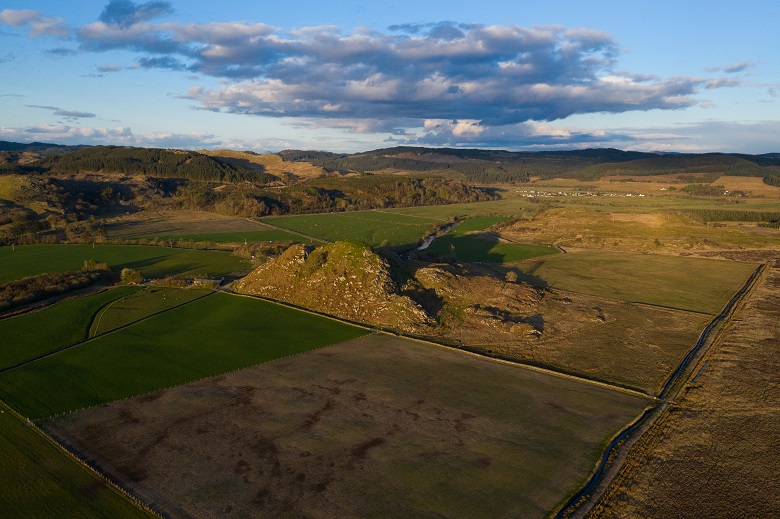 Explore other monuments in Kilmartin Glen including Dunadd Fort and choose your own adventure.

As well as a fort and more cairns and rock art, you can even make a trip to the breath-taking Loch Awe for a cycle around Scotland’s longest freshwater loch. Look out for Kilchurn Castle, which was once the powerbase of the Campbells of Glenorchy.

Getting to Kilmartin Glen 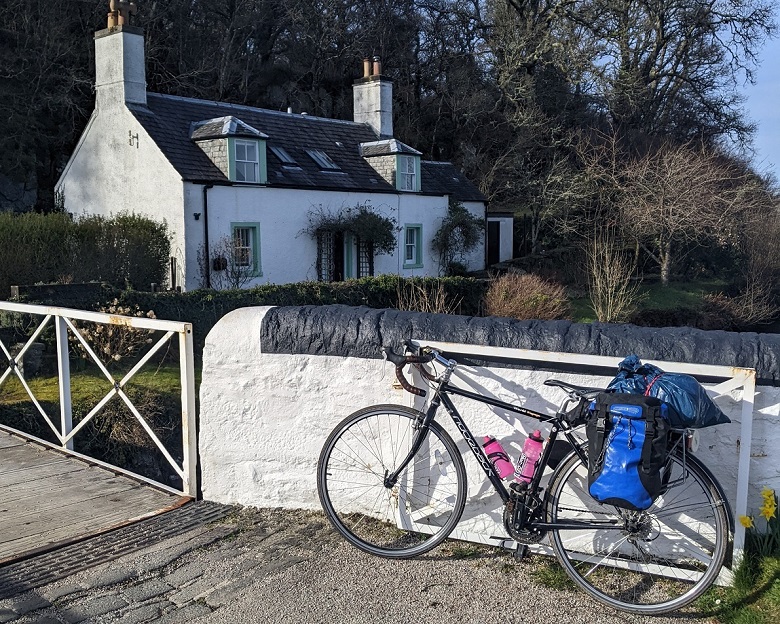 The Crinan Canal is just a short cycle from Kilmartin Glen and is a beautiful, traffic-free cycle route

You can get the train to Oban from Glasgow, the ferry to Campbelltown from Ardrossan or the ferry to Claonaig from Lochranza on Arran and incorporate the glen into a bigger cycling trip.

There are also buses going to places nearby, but it may be up to the bus driver discretion if you can take your bike on board. Check in advance with bus providers.

If you need to take the car, you can park nearby the monuments, or park a bit further away in towns like Lochgilphead to include more cycling (including on-road stretches and a ride along the Crinan Canal) in your trip.

Fancy another adventurous trip? Swap the bike for a boat and sail to the historic highlands on our guest blog from artist Morag Edward.

Rose works within the Communications and Media Team as a Digital Officer. She helps share fascinating stories about Scotland’s built heritage, and helps maintain our websites and digital estate. View all posts by Rose Henderson