Sir Walter Scott’s ballads from the Scottish Borders include heroic adventures and fairy folklore. At atmospheric Smailholm Tower, an amazing collection of dolls brings these tales to life.

There’s no denying the impact Sir Walter Scott has had on Scottish literature and culture. His works have been reproduced and interpreted into various mediums across the world. But did you know about the amazing series of dolls that do exactly that?!

Created by artist Anne Carrick to celebrate the 200th anniversary of Scott’s birth in 1971, the dolls are part of the HES collections and are on display at Smailholm Tower. This is where Scott was first inspired to write his literary debut, the Minstrelsy of the Scottish Border. It’s filled with the stories that many of the Smailholm dolls are inspired by.

What is the Minstrelsy of the Scottish Border?

During his childhood Scott spent many years with his grandparents and aunt Jenny at Sandyknowe Farmhouse overlooking Smailholm Tower. While here, his family entertained young Scott with supernatural folklore and stories of the lawless Border reivers who plundered the land in centuries past. 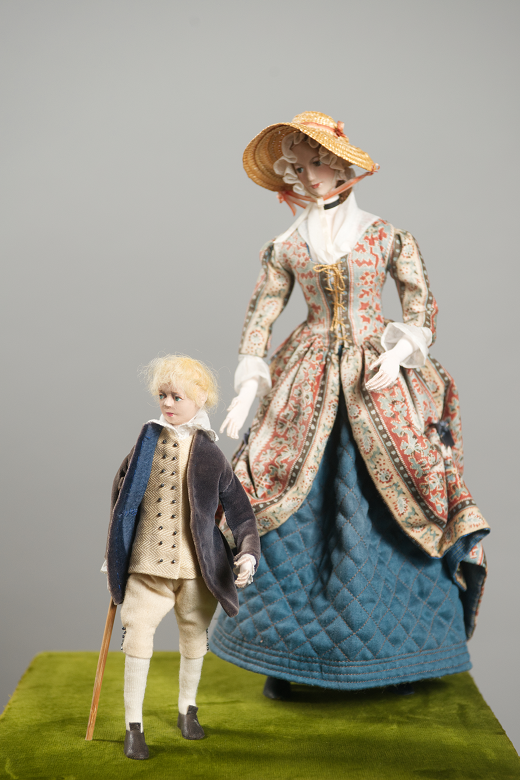 Scott and his Aunt Jenny by Anne Carrick. Scott uses a walking stick here as he contracted polio as an infant

Though Scott grew up to become an Advocate and later Sheriff-Depute of Selkirkshire, his love of stories stayed with him. He began compiling existing ballads and stories of the past, adding in his own verses and tales along the way.

In 1802, he published the first volume of his Minstrelsy of the Scottish Border, an anthology of historic and romantic ballads relating to the Border lands. It became a best seller of its time, translated into German, Danish, and Swedish. Tales of fighting, folklore and the notorious reivers soon became popular around the world. 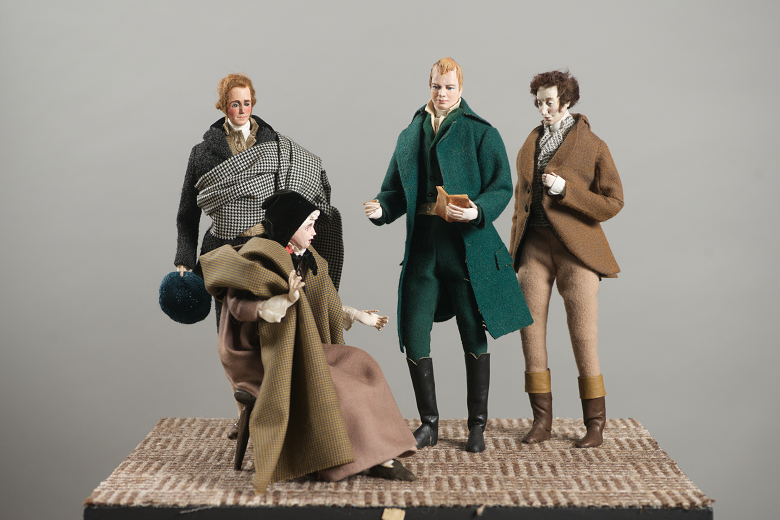 Before the likes of Scott wrote them down, many Border stories only existed in oral tradition. This scene shows Scott, his secretary Willie Laidlaw and poet James Hogg hearing a ballad from Hogg’s mother.

Who were the Border reivers?

‘Reiver’ is the Scots word for raider, someone who plundered and stole from others. Over the 13th-17th centuries, families rode on horseback to raid other families, stealing livestock and other goods. Although the reivers were considered lawless thieves on either side of the Scottish-English Border, with no loyalty to either country, it’s important to remember that they stole as a means to provide for their own families.

This was at a time when the Border lands were often reduced to little more than a wasteland for the warring Scottish-English armies. Crops were burned and the people of the Borders had little choice but to find other ways to sustain their families. Reiving became a way of life, a means of survival – albeit a fairly brutish one!

Scott romanticises the reivers in his works, showing us the human cost of this way of life. In The Lament of the Border Widow, for example, a woman grieves the loss of her reiver husband, who is said to have been executed on the orders of King James V of Scotland. 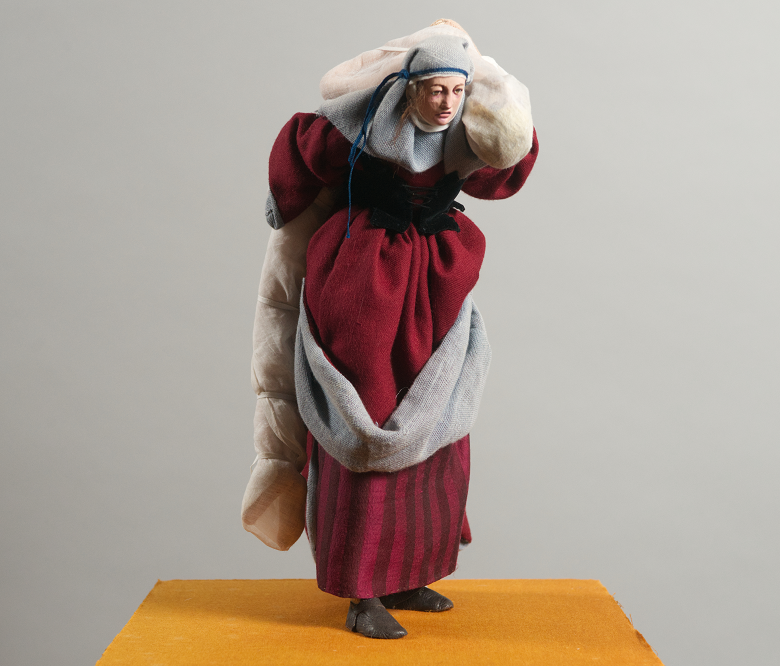 Before Scott’s Minstrelsy, the history of the Border reivers mainly existed in oral tradition. By writing these stories down, Scott kept the reivers alive in recent memory. Some stories from the Minstrelsy, like Jamie Telfer of the Fair Dodhead, have no real historical standing. Others, however, tell the true stories of real reivers and their lives. One of the best-known is Johnnie Armstrong.

Johnnie Armstrong of Gilnockie was one of the leading 16th century reivers. He was one of many causing problems for King James V of Scotland, who needed to find a way to pacify the unruly Border lands. In The Ballad of Johnnie Armstrong, the king tricks Johnnie into meeting him at Carlenrig, where he is then hung along with his fellow reivers. Johnnie begs for mercy but the king brands him a traitor and refuses to spare his life. 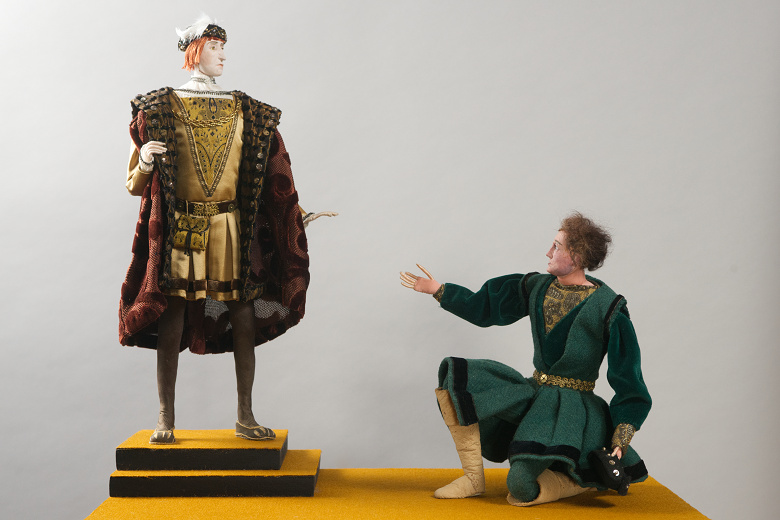 Sticking with the Armstrong clan, next up we have William Armstrong of Kinmont, or Kinmont Willie. Another infamous 16th century reiver, he led raids across the Scottish-English border, commanding over 300 men on some occasions. This made him especially unpopular south of the border, with the English armies keen to capture him and put an end to his raiding.

They finally did this on 17 March 1596 and took Willie as a prisoner at Carlisle Castle. This happened unlawfully, on a day of truce between the fighting English and Scottish armies. A cunning plan was devised to rescue poor Willie. 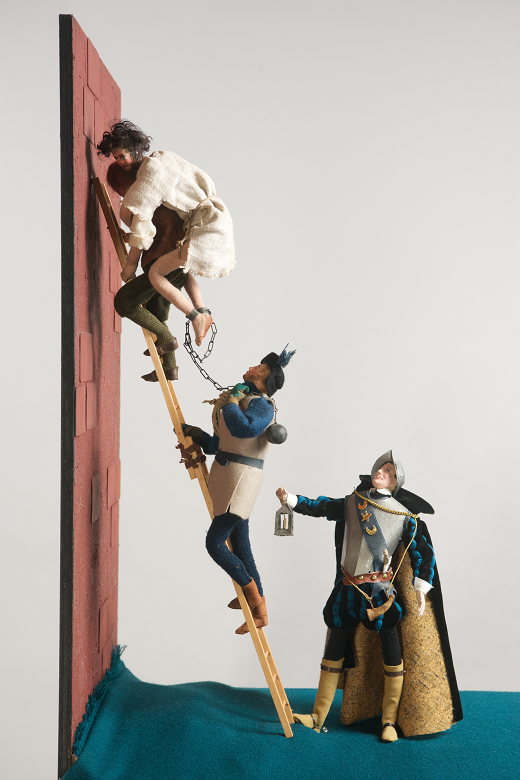 Kinmont Willie escapes with the help of his fellow reivers

The Ballad of Kinmont Willie focuses on this event. With Willie imprisoned at Carlisle Castle, his reiving friends set out to help him escape. ‘Bold Buccleuch’ (Scott of Buccleuch, a Scottish warden and close friend of Willie) led a group of men to Carlisle under nightfall, where they helped Willie escape from his prison.

From fighting to fairies…

It wasn’t just tales of reiving that Scott wrote about in his Minstrelsy. Alongside these historical ballads Scott blended romantic and supernatural tales from Borders folklore. These stories are set in real places around the Scottish Borders, bringing fairies and other supernatural beings into our realm. 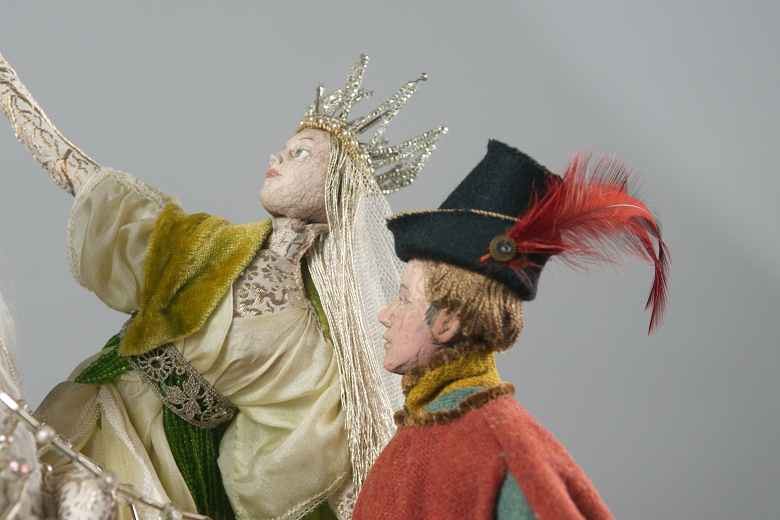 Sometimes the supernatural Border ballads include real people! The main protagonist in Thomas the Rhymer is Sir Thomas of Erceldoune (modern day Earlston). He was a 13th century laird who was also known as ‘True Thomas’ due to his inability to tell a lie. Thomas meets the fairy queen near the ‘Eildon tree’, a spot near the Eildon Hills in Melrose.

The fairy queen takes him away to Elfland, where he lives for the next seven years. While there, Thomas is forbidden from speaking, being told that if he does, he will never be able to go back to his homeland. Once seven years passes, Thomas returns to the Borders and now has the power of prophecy. 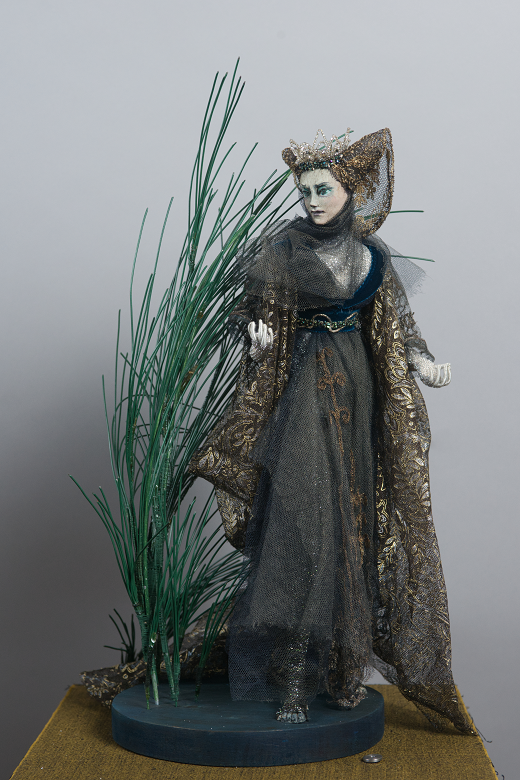 The Queen of Fairies is a key character in ‘The Young Tamlane’.

The fairy queen features in another of the supernatural Border ballads, The Young Tamlane. When a nine-year-old Tamlane (or Tam Lin in some accounts) went hunting with his uncle, the fairy queen captured him, taking him as her prisoner for the next seven years. Sound familiar?

The fairy queen offers someone as a teind (tribute) to the devil every seven years on the night of Halloween, and poor Tamlane believes he is going to be the next sacrifice.

He meets and falls in love with a young mortal girl, Janet, at Carterhaugh near Selkirk. Janet falls pregnant with his child after their first meeting. She vows to help Tamlane escape the fairy queen and prevent him from being sacrificed to the devil. 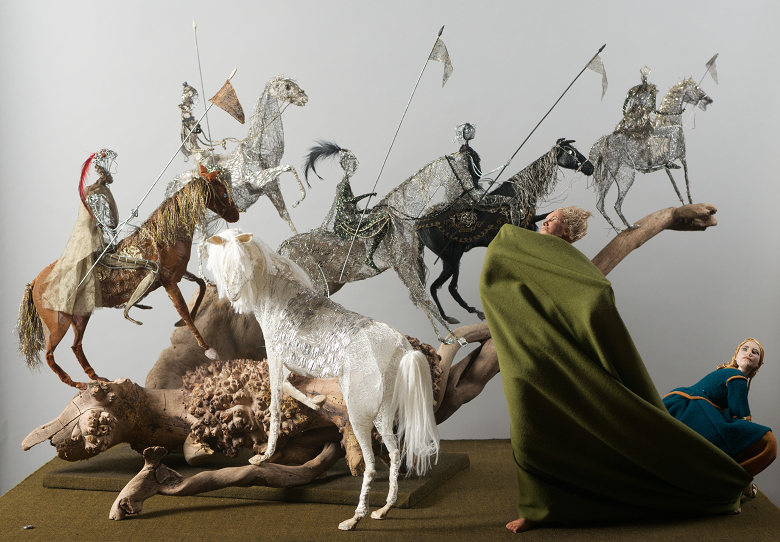 Tamlane is rescued from the fairies by his true love Janet

Janet intercepts the march of the fairies, pulling Tamlane from his white horse and shielding him from the fairies with her green cloak. The fairies try to turn him into all sorts of creatures, but Janet keeps Tamlane safe in her arms. Naturally the fairy queen wasn’t too happy about losing him!

Get closer to the Border Ballads 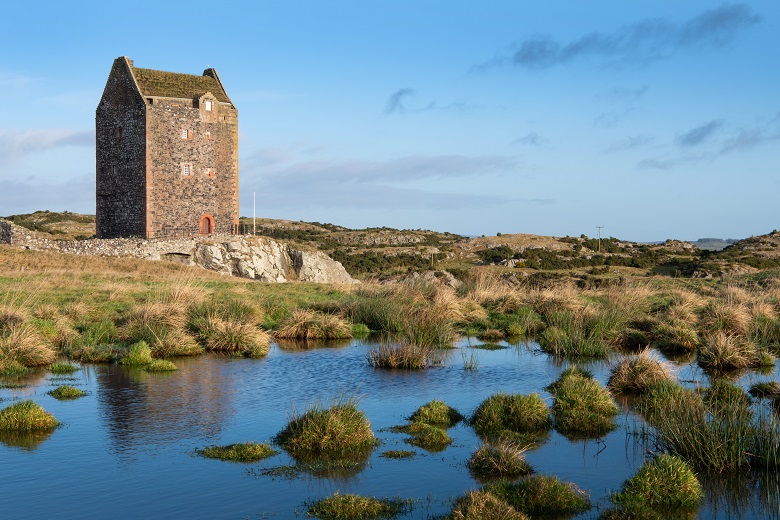 Smailholm Tower is open every day from April to September. As well as seeing Anne Carrick’s Border ballads dolls in person, you can take in the completeness of a 15th-century laird’s residence and admire the incredible views from the battlements.

You can see more of the dolls on our collections highlight page, or find out more about their creation on our “Conjuring up the Fairy Queen’ blog:

Conjuring up the Fairy Queen: The Art of Anne Carrick

For even more #TalesOfScotland, join in with our celebration of Scotland’s Year of Stories 2022.

Chloe works as a Collections Management Trainee in Historic Environment Scotland’s Collections and Applied Conservation Team, learning to manage the 41,000 objects in our care. View all posts by Chloe Allan