Holyrood Park, sometimes known locally as the Queen’s Park, has a long history of connections with the royals.

As Scotland has reflected upon the end of an era with the death of Her Majesty The Queen, and the beginning of a new with accession of King Charles III, people have wondered what changes this could bring. A few folks have pondered what this might mean in Holyrood Park – a dramatic and much-loved landscape in the heart of Edinburgh with deep royal links. 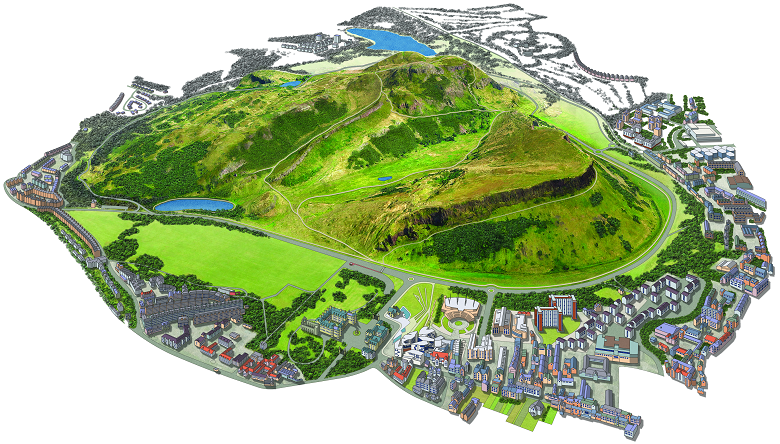 In this blog, we answer some of your questions about park names and reflect on Holyrood Park’s royal history.

One question we’ve been asked in recent weeks is: “Will Queen’s Drive become King’s Drive?”. The answer to this is “No”. The Queen’s Drive was named in honour of Queen Victoria and so the name will remain the same.

However, over the years, the name of the park has changed. Back in the 16th century, official documents refer to it as the Park of Holyroodhouse.

In the early 1800s there are records of it being known as the King’s Park or Queen’s Park, with this name changing with the gender of the monarch. Although we always refer to it as Holyrood Park – its official name since at least the 1950s, as outlined in the ‘Holyrood Park Regulations 1959’ – those who like to name it after the current monarch may now be talking about the King’s Park.

David and the Stag

In 1128, an act of thanksgiving, by the pious King David I, led to the foundation of Holyrood Abbey. This was the first major event in Holyrood’s medieval history.

According to legend, King David was out hunting when he was charged by a stag, which gored him in the thigh. As David held up his hands to defend himself, he found he was holding a crucifix. When it touched the stag’s antlers, the animal disappeared. The crucifix was said to contain fragment of the true cross – the actual cross on which Jesus died.

The wounded king was carried back to Edinburgh Castle, and that night was commanded in a dream to found a ‘house of canons devoted to the cross’. He founded Holyrood Abbey, the ruins of which are in the grounds of Holyrood Palace.

The cloister precinct of Holyrood Abbey was later turned into a modern Renaissance palace – Holyroodhouse – and became the royal family’s main home in Scotland.

The Park has practical links to the royals as well as mythical ones. As Holyrood Palace became a popular home for Kings and Queens, the advantages of the park weren’t ignored.

James V was the first to enclose park in 1541. It was often referred to as a hunting park. However, it is most likely the park was enclosed for farming sheep and cows which were used to provision the royal household at Holyrood Palace. 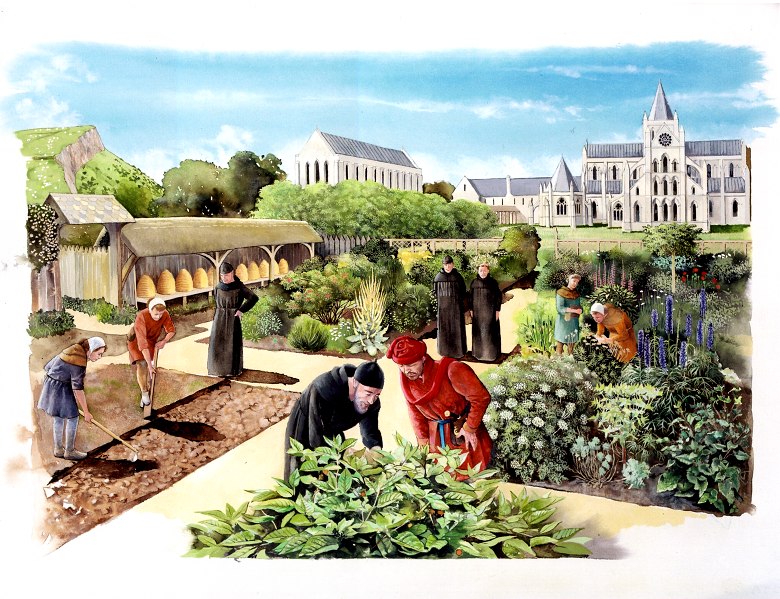 Illustration of of life in Holyrood Park during the medieval period.

Mary Queen of Scots is believed to have had the area flooded in 1562 to create an artificial loch. The loch is said to have been used for a re-enactment of the Siege of Leith (1560) as part of wedding celebrations for her lady-in-waiting Elizabeth Ross. The miniature navel pageant was complete with replica boats.

It was Prince Albert, husband of Queen Victoria, who likely had the biggest impact on the park. His vision turned it into the space we’re familiar with today.

When the couple first visited in 1842, the park was largely a wilderness. The common sewers emptied into it. It smelt terrible and was marshy! By 1856, Albert had put his ideas into action and the park started to take on the form we see today.

The road, the Queen’s Drive – named after Queen Victoria – was built around the park. Both Dunsapie Loch and St Margaret’s Loch were created. There are five lodges in the park that were built with the Prince’s support and are still in use. 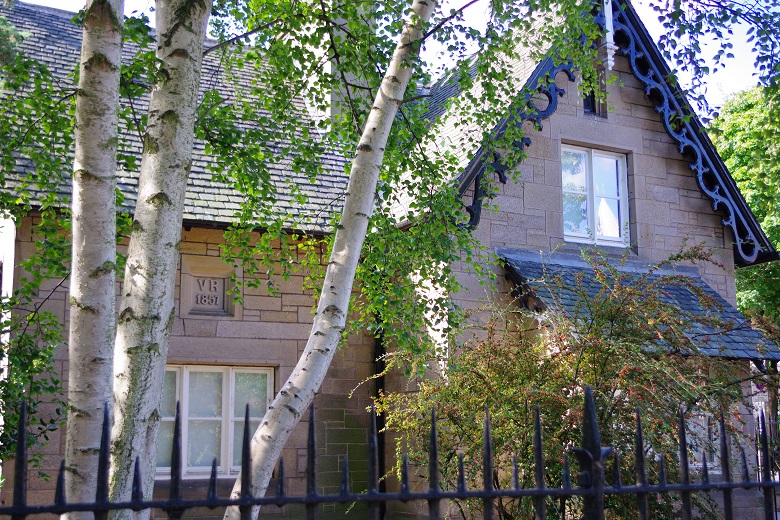 Holyrood Lodge is one of five lodges in Holyrood Park. This one is Category B listed.

Prince Albert wanted to take his transformation plans even further and had plans drawn up for a thatched restaurant at Dunsapie. The plans didn’t go down well and received strong opposition and were thankfully dropped.

The Park’s royal associations continue today. Time will tell if it becomes known locally as the King’s Park, with Charles III now on the throne. 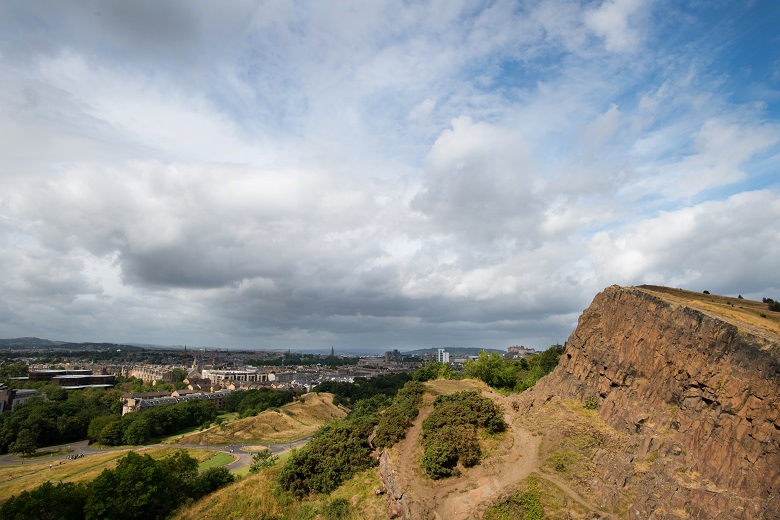 If you’d like to explore more of Holyrood Park, you can download our audio guide, available for free through the Geotourist app. Download the app in advance, bring headphones and some sturdy walking shoes.

Read more blogs marking the life of Her Majesty The Queen.

Hannah is an Interpretation Officer for Historic Environment Scotland, helping to tell stories about Scotland’s past at our many sites. View all posts by Hannah Brown