Scipio Kennedy, from Africa to Ayrshire

From West Africa to Ayrshire, uncover the story of Scipio Kennedy – the first name you’ll see on the kitchen wall at Culzean Castle.

If you visit Culzean Castle, a grand Scottish stately home in the care of our colleagues at the NTS, you’ll be able to see a long list of names on the wall outside the kitchen.

The list is a nod to the servants who worked at the castle over the centuries. The first name is Scipio Kennedy – but it wasn’t always his name.

In 1694, a boy was born in West Africa.  We don’t know what he was called or his family history because at the age of only 5 or 6, he was captured in Guinea and sold into slavery. He survived the journey across the middle passage (one leg of the trade route between Europe and Africa) to the West Indies where he was then purchased by a Scottish man – Captain Andrew Douglas of Mains, Dunbartonshire.

It would have been another harrowing sea voyage to reach Scottish shores. It’s possible the young lad would have been travelling without his parents or even another native speaker of his language for comfort. He arrived at the age of 8.

Young African servants, often enslaved children, had long been viewed as status symbols in Britain. There was a tradition of re-naming them after powerful leaders, placing the slaves’ powerlessness in sharp contrast. In this spirit, Douglas may have named Scipio after the Roman general, Scipio Africanus.

He then appears to have been given to Jean, Douglas’ daughter.

After likely living as Jean’s personal servant in Edinburgh and then Maybole, Scipio arrived in Ayrshire in 1710 when Jean’s husband, Sir John Kennedy, inherited the Culzean estate. 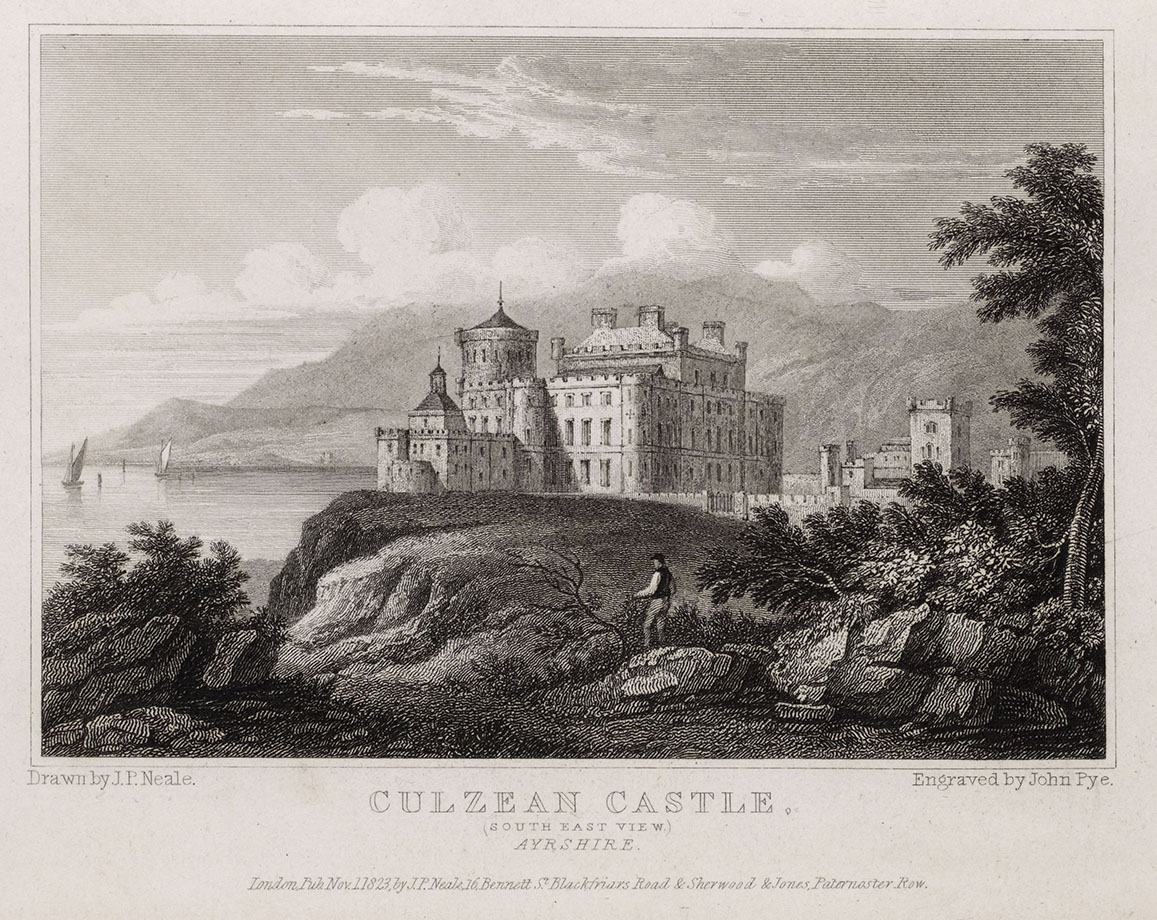 Engraving of Culzean Castle & outbuildings on clifftop © Courtesy of HES. Illustration in Views in Scotland.

At the age of 30, after 25 years of forced servitude, Scipio was granted his freedom. The legal document drawn up to confirm his new status hints that Scipio may have been freed after converting to Christianity.

What was Scipio’s life like at Culzean? What was his relationship like with his owners, later his employers? Even with his “freedom”, as a young Black man in 18th century Scotland during the years of the transatlantic slave trade, Scipio’s options would have been very limited. Whether through choice or lack of options, he stayed with Jean as a family servant for a further 19 years. He was paid an annual salary of 12 pounds. 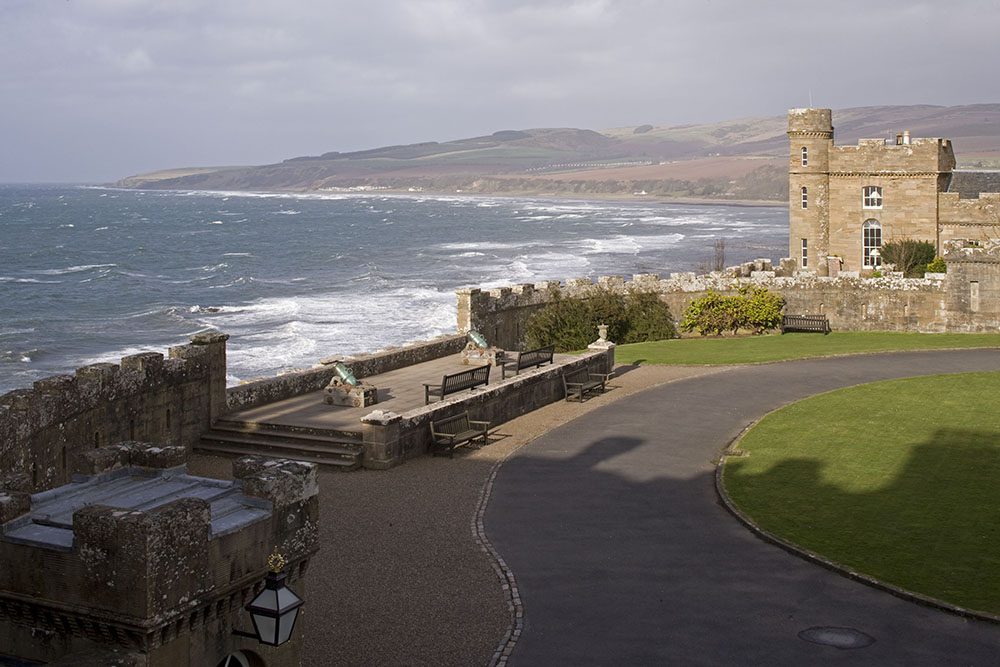 View of the sea from Culzean Castle

Being granted freedom did enable Scipio to get married to a local woman, Margaret Gray. They had seven children. The first, Elizabeth, was born at Culzean Castle before they were married, but we don’t know much about his descendants.

The couple became involved in weaving cotton and linen goods. This was still a few years before the Industrial Revolution changed the face of the Scottish textile industry. Such work would have increased Scipio’s independence from his domestic duties.

Scipio may have also been involved in smuggling activities near Culzean – there was a lot of smuggling in the area at the time and evidence seems to suggest the Kennedy family were well aware of this.

We think Scipio and Margaret also lived in a separate house, in the top right of this image. 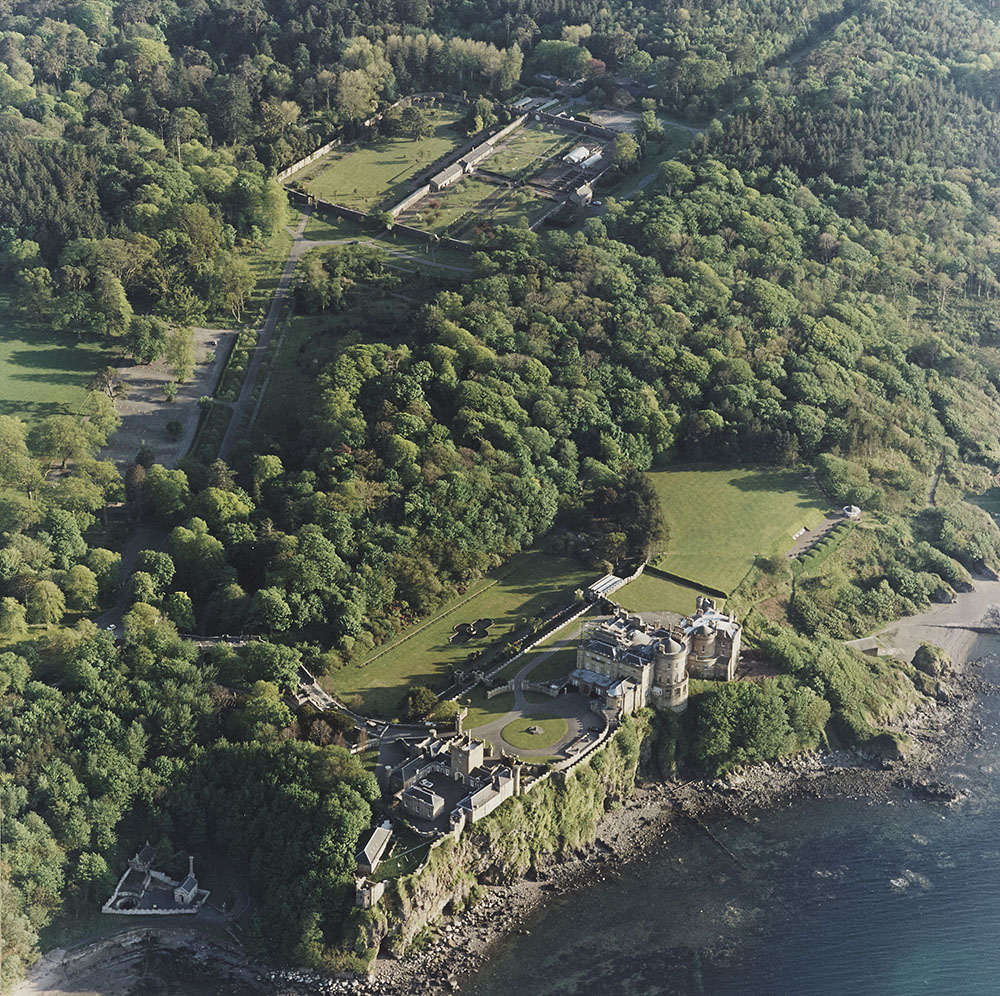 The walled garden at Culzean Castle from above

Part of the Family?

Whilst we’ll never know the true relationship between Scipio, Jean Kennedy and her family, she did leave money to him in her will.

She wrote ‘to Scipio Kennedy my old servant, the sum of ten pounds sterling’. Her grandchildren received a similar amount, suggesting she saw him as part of the family.

Scipio died on the 24 June 1774, aged 80 years old. He is buried in Kirkoswald Graveyard with a respectable tombstone erected by one of his sons. It’s over 3,000 miles from where he was born.

Want to learn more? Discover Scipio’s story in more detail with this series of posts from the National Trust for Scotland.