The Toast of the Town: A History of Brewing in Edinburgh

To mark the official launch of the brand new Edinburgh Castle IPA, we raise a glass to Edinburgh’s long history of brewing.

If there’s one thing that can be said of Edinburgh, it is that it has always had a distinctive aroma. This has lent itself to the city’s affectionate, if not exactly complimentary nickname, Auld Reekie.

Luckily for the today’s inhabitants, the name has lost its pungency. The putrid smells emanating from the old Nor’ Loch are gone and the choking smog from cramped chimneys no longer settles over the Old Town. But you might still catch another aroma of Auld Reekie: the heady smell of hops and malts that used to greet visitors as they entered the brewing capital of Britain.

To discover exactly how Edinburgh became such a hoppy place to live, we have to look back to the past and a certain crop of monks messing with mash. 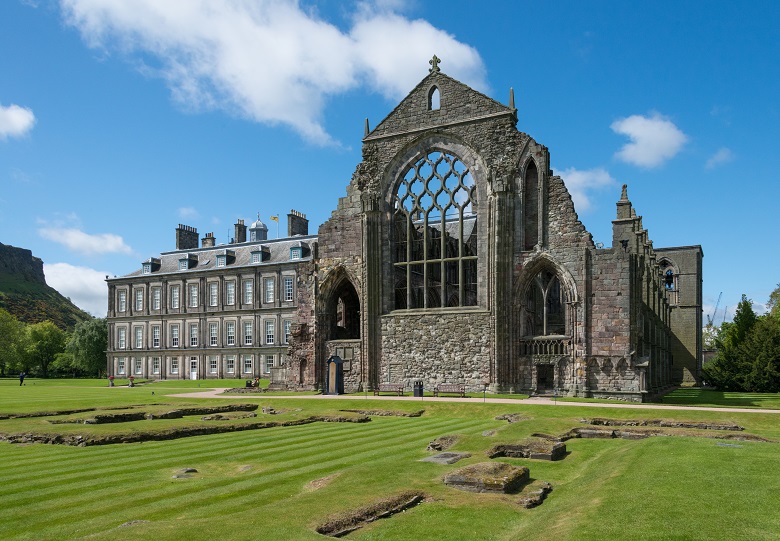 Holyrood Abbey was founded by David I in 1128. There, medieval monks seem to have quickly taken advantage of the natural spring water in the area. Their ale was made in the first known brewery to exist in Edinburgh (although at the time the abbey lay outside the city walls in the burgh of Canongate). 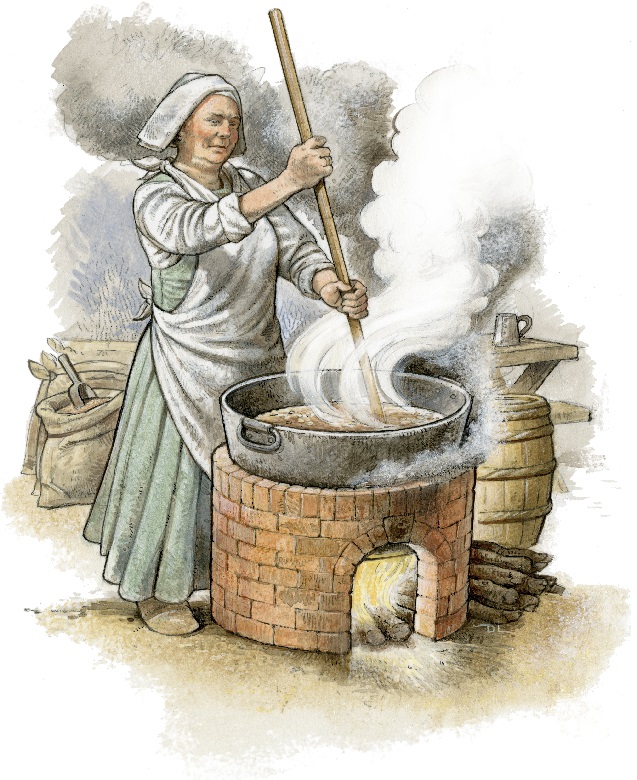 Most of the brewing work was undertaken by women, known as alewives. It was seen as a predominantly domestic endeavour with little real money to be made.

However, with the establishment of the Edinburgh Society of Brewers in 1596 the brewing trade became more regulated, more profitable, and more male-dominated. 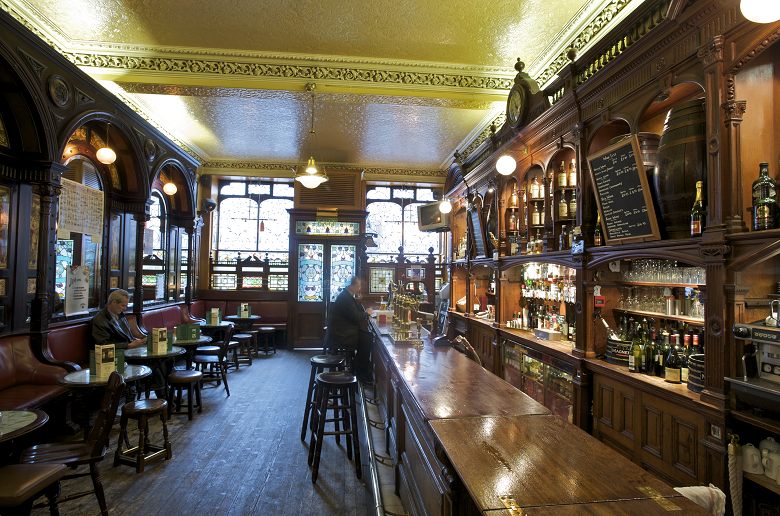 The interior of Bennet’s Bar, one of Edinburgh’s historic pubs

As the city’s population grew, demand for beer increased. It had the added benefit of being far safer to drink than water drawn from Edinburgh’s polluted rivers, springs, and especially the Nor’ Loch.

The Edinburghers wouldn’t have necessarily known why at the time. It wasn’t until the work of John Snow in 1854 that contaminated water was directly linked to disease. People drank beer for sustenance and because they didn’t get sick from it. That’s not something many of us can say today!

With the onset of the Georgian era, Edinburgh underwent a rapid expansion. Construction of the New Town drew in large quantities of workers. Demand for accommodation, food – and beer – grew with it. 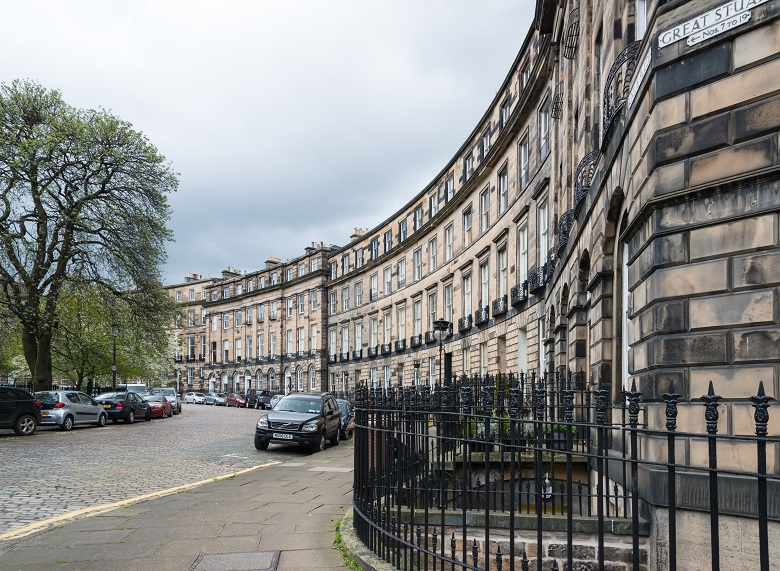 The city’s brewers flourished as people flocked to the city. Soon the taverns of the town were swimming in workers and ale.

It is at this time we begin to see the emergence of names that we recognise today such as William Younger who founded Younger’s Brewery in 1749. Youngers merged with McEwans in 1930 to form Scottish Brewers. The site of the Younger’s brewery at Holyrood is now occupied by the Scottish Parliament.

Edinburgh had an exceptional number of breweries due to access to excellent water sources, abundant locally grown barley and great transport links from the railways and the port of Leith.

These factors combined to place Edinburgh at the heart of Scottish brewing. At one time the city was home to over 38 breweries. At its peak Edinburgh was producing beers that were exported across the British Empire, as far as India and Australia. 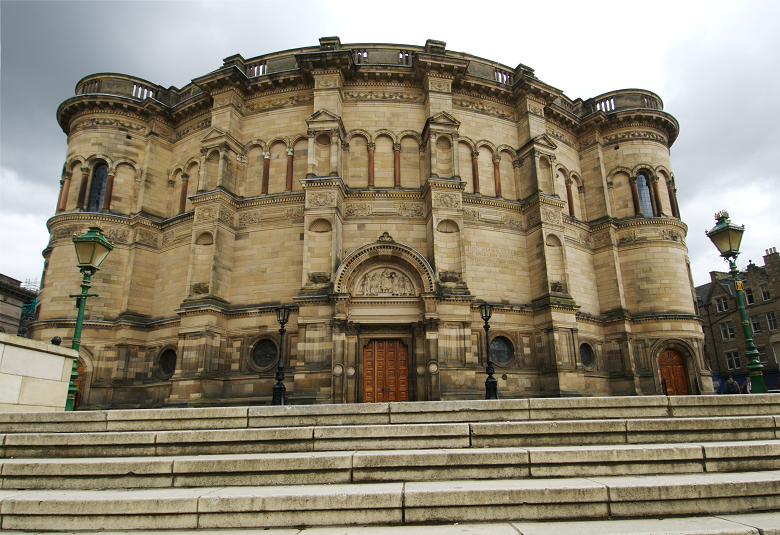 So ingrained is brewing in the soul of Edinburgh, one of the city’s most prominent buildings bears the name of one of the largest brewers that called the city home. William McEwan funded the construction of McEwan Hall in 1894.

The brewing bonanza of the 19th century wasn’t to last. As Scotland entered the 20th century, war meant restrictions were placed on raw material use. This, coupled with the rising Temperance Movement, saw the number of breweries in Scotland fall from its peak of 280 in 1840 to just 36 by 1940.

Today, Edinburgh’s Victorian-era breweries are all but consigned to history. The last site, Caledonian Brewery, founded in 1869, is now set to close too. 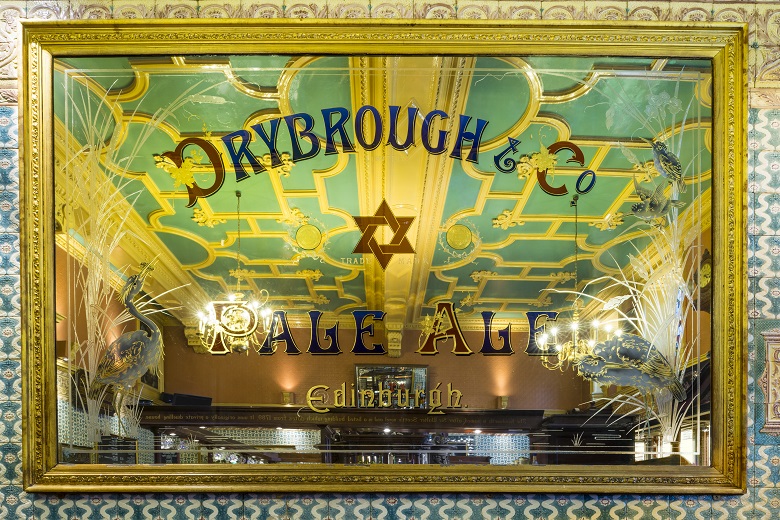 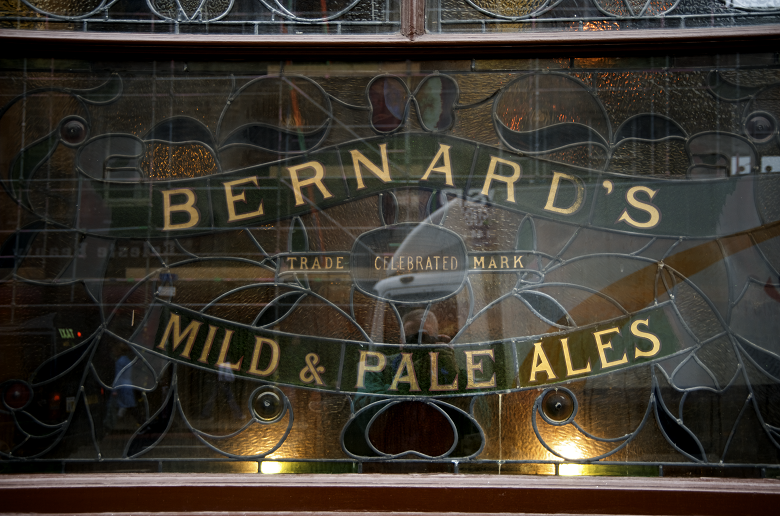 Drybrough & Co, in Craigmullar, and Bernard’s, on Slateford Road, are two of Edinburgh’s many historic breweries. You’ll sometimes spot reminders of them, such as in a mirror at The Kenilworth, Rose Street or a window at Bennets Bar

But you would be wrong if you thought that Auld Reekie’s brewing days were over!

Like many industries, brewing in Edinburgh has had to adapt to survive. Gone are the large breweries belching smoke over the city, instead brewing is happening on a much smaller scale. The city hosts over ten microbreweries, and more are emerging each year.

The focus of these breweries is on crafting high-quality beers to satisfy a customer base that is searching for a tipple with more depth and flavour. Edinburgh has always been a city of innovation and experimentation. Its long relationship with brewing is no exception. And now there’s a new chapter… 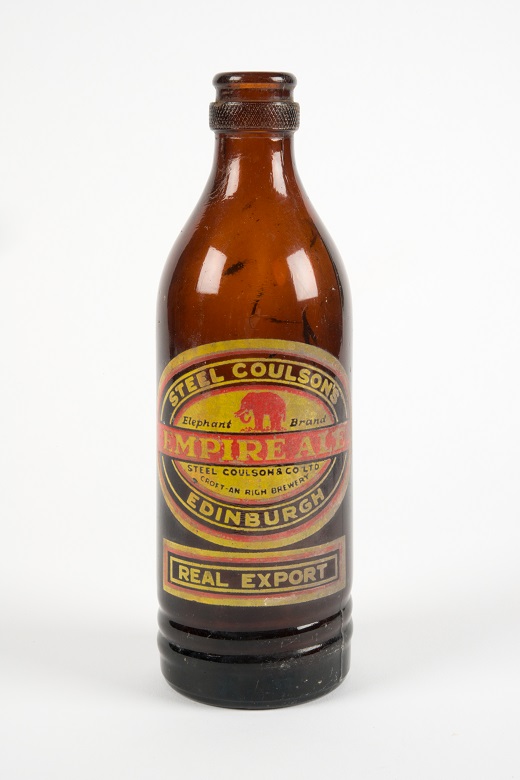 This bottle of “Empire Ale” from the old Croft-an-Righ Brewery operated by Steel, Coulson & Co was found during archaeological work in Holyrood Park.

To celebrate Edinburgh’s rich brewing history and the very best of Scottish beer, Edinburgh Castle has launched a brand-new IPA in collaboration with one of Edinburgh’s leading craft breweries, the award-winning Stewart Brewing.

The IPA is heaped with American Hops that provide a burst of tangy grapefruit. The smoothness of Scottish malts balances the flavours to create an exceptionally drinkable beer. 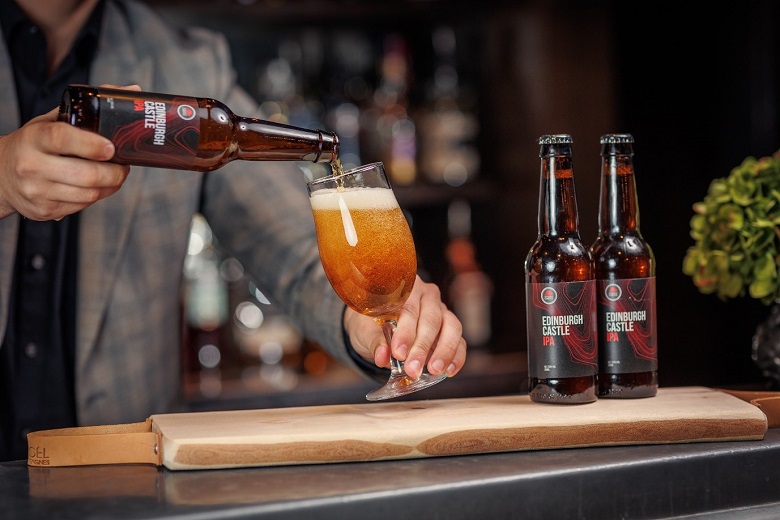 “It’s extremely exciting to see our partnership with Historic Environment Scotland come to life with the official launch of the Edinburgh Castle IPA. Quality and provenance are at the heart of both Stewart Brewing and Edinburgh Castle.”

“Our team has worked extremely hard, using the finest ingredients, to brew this delicious beer and we hope consumers enjoy drinking Edinburgh Castle IPA as much as we enjoyed crafting it.”

Edinburgh Castle IPA is now available to buy in our online shop. 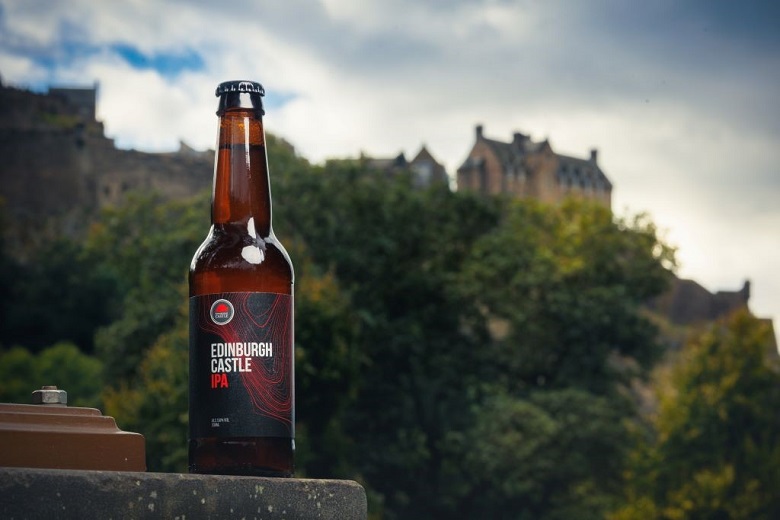 You can also book tickets for the castle and enjoy the Edinburgh Castle IPA in the Queen Anne Tea Room and buy it in the Whisky and Finest Food Shop.

For more pint-sized Scottish history on the blog, join us for a trip down memory lane to the The Goths of Fife and the Lothians.

Fin works as a Marketing Executive within Historic Environment Scotland’s marketing team. When he’s not working across the online shop or corporate events, he’s helping out on projects that need a bit of marketing knowhow, or planning his next castle visit. View all posts by Fin Cunningham