A Christmas Recipe from The Hebridean Baker

The Scots word Yule comes from the Old Norse Jól, a celebration of the winter solstice. Jól was celebrated as a big feast, toasting for the passing of winter, for harmony, fertility and happiness in the new year.

After the Reformation of 1560, John Knox, founder of the Presbyterian Church of Scotland, banned the celebration of Christmas in Scotland. This became enforced by law in the 1640 Act of Scottish Parliament. It wasn’t until four hundred years later in 1958 that 25 December finally became a Scottish holiday.

To make up for all those years, I’ve made a showstopper dessert! It’s a recipe I return to every Christmas that brings a festive look to the dinner table. The meringue will be crispy on the outside, soft and mallowy on the inside, and it contrasts perfectly with the tartness of the pears, the billowy cream and the crushed pistachios. You can make the meringue and pears in advance, but make sure you prepare the cream just when you are going to construct and serve the pavlova. 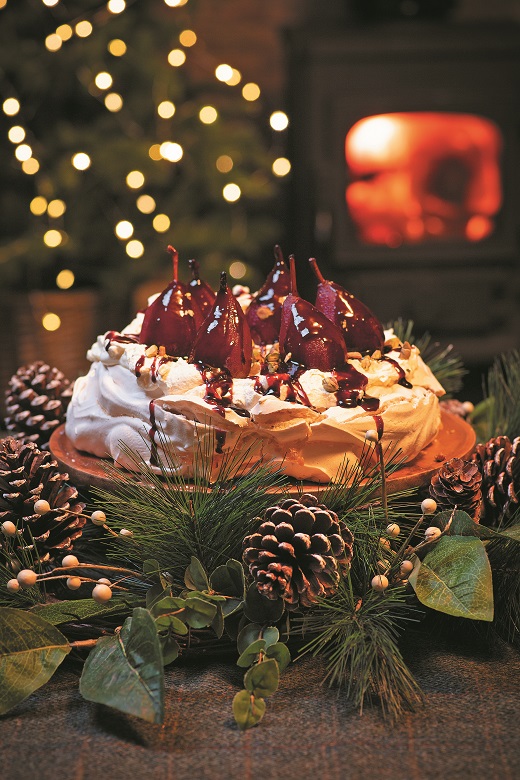 Ingredients for the pavlova

For the mulled pears

Method for making the pavlova

More about the Hebridean Baker 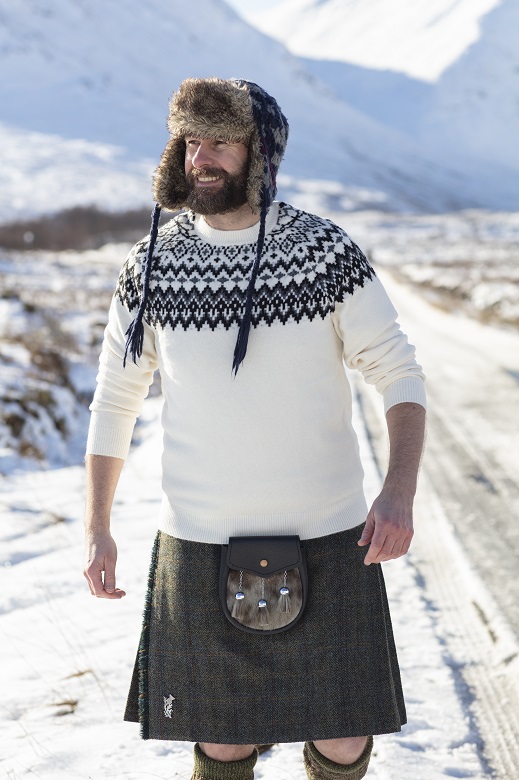 Inspired by family recipes and traditional Scottish bakes, Coinneach launched the Hebridean Baker in 2020. 21 million video views (and counting!) later, Coinneach has motivated his followers around the world to bake, forage, learn Gaelic, have a dram or two of whisky and dream of visiting the Scottish islands.

Born and raised on the Isle of Lewis, he shares the Hebridean Hygge lifestyle in his debut cookbook, The Hebridean Baker: Recipes & Wee Stories from the Scottish Islands. With wholesome, traditional recipes, stunning photography and a generous sprinkling of stories of island life and culture, The Hebridean Baker book offers a true taste of the Outer Hebrides.

You can purchase the book now from Stòr, the official Historic Scotland online shop. In our previous blog, you can check out Coinneach’s recipe for Aunt Bellag’s Clootie Dumpling.