The HES Designations Teams pick six highlights from their work in 2018 from Neolithic chambered cairns to the Erskine Bridge (not forgetting Castle Dracula!)

Here at Historic Environment Scotland we are responsible for listing buildings and recognising other types of heritage assets. We look at a huge variety of sites and places throughout the country: here are six highlights from our work in 2018.

Is there something in your area that you think should be recognised and protected? You can propose a building for listing on our website. 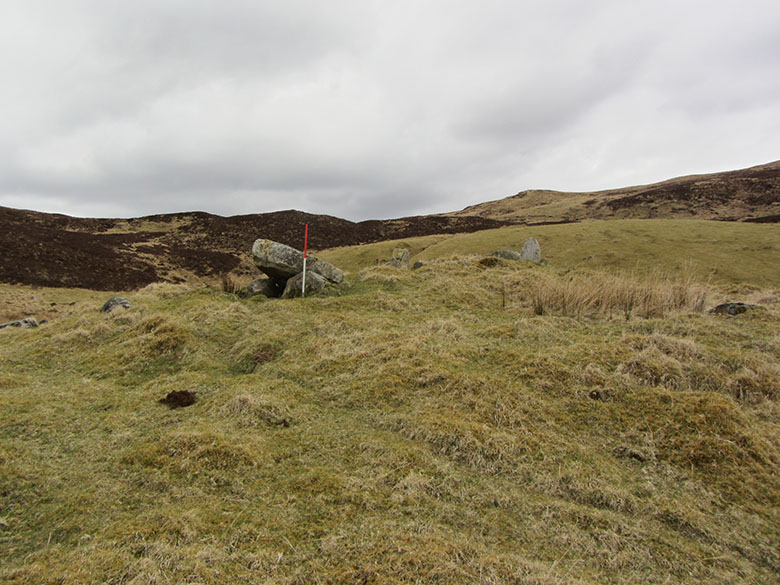 From internationally important sites such as Skara Brae in Orkney to chambered cairns which are found across Scotland, prehistoric people have left their mark on our landscape giving us a tantalising glimpse into their lives.

The people who built these structures lived in Scotland around 4,500 to 6,000 years ago. While the details of their daily lives and rituals may never be fully understood we do know that they took great care over the burial of their dead.

Chambered cairns are carefully designed tombs with stone-lined chambers for leaving the dead. They took considerable effort to build and would have been very visible in the Neolithic landscape. The fact that they have survived to varying degrees is testament to those who built them.

These two chambered cairns are part of a group of cairns found in this area which were scheduled as monuments of national importance this year. 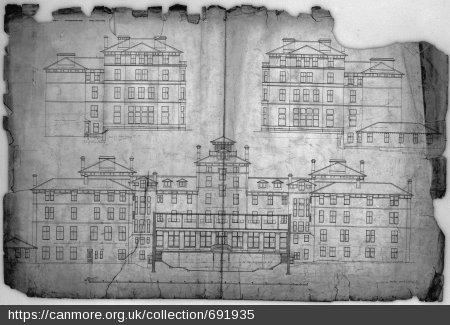 The famous war poets Wilfred Owen and Siegfried Sassoon were treated at this former hydropathic hospital which became the Craiglockhart War Hospital during the First World War.

Amongst the servicemen sent there to recuperate many were looked after by the influential doctors Dr W. H. R. Rivers and Captain A. J. Brock.

Craiglockhart was important for its pioneering diagnosis and treatment of ‘shell shock’ which we now know as Post-Traumatic Stress Disorder. Its listed building record was updated and the category of listing was changed from B to A in 2018 to reflect its national importance. 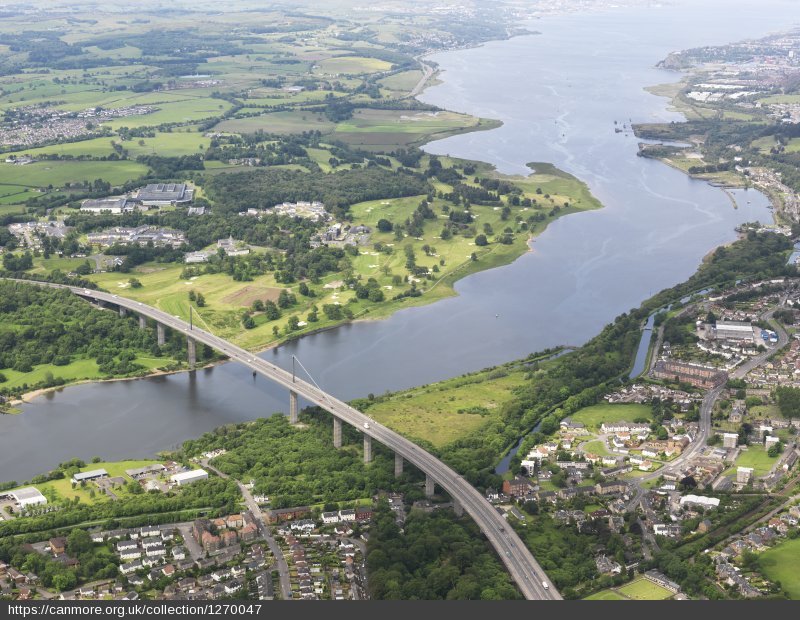 Spanning the river Clyde, the Erskine Bridge was the first example of its type to be built in Scotland and the longest span of its type in the world when it was built between 1967 and 1971.

Catering to the increasing number of car users as Scotland’s motorway network expanded in the 1960s, it had the highest clearance between road and river until the opening of the Queensferry Crossing across the river Forth in 2017.

This elegant concrete and steel bridge was listed at category A to celebrate its engineering and landmark status. 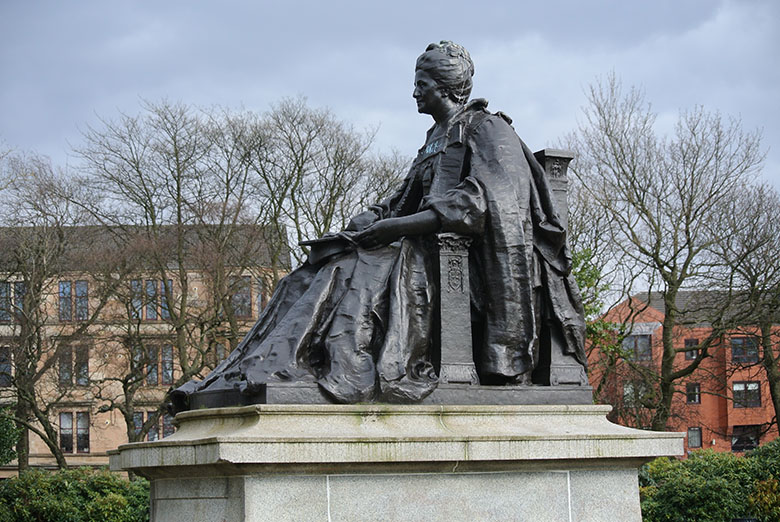 To celebrate International Women’s Day in 2018 we updated the listed building record for this A-listed statue.

Isabella Elder (1828-1905) was one of Scotland’s greatest female philanthropists. She was renowned for her work to improve the lives of Govan’s residents and for her interest in education, particularly in widening education opportunities for women.

Mrs Elder’s wealth came from her husband’s shipbuilding company, John Elder & Co, and following his death she ran what was then one of the largest shipbuilding companies in the world for some months until her brother became its senior partner.

The sculpture itself is an extremely rare example of a historic monument commemorating a woman. 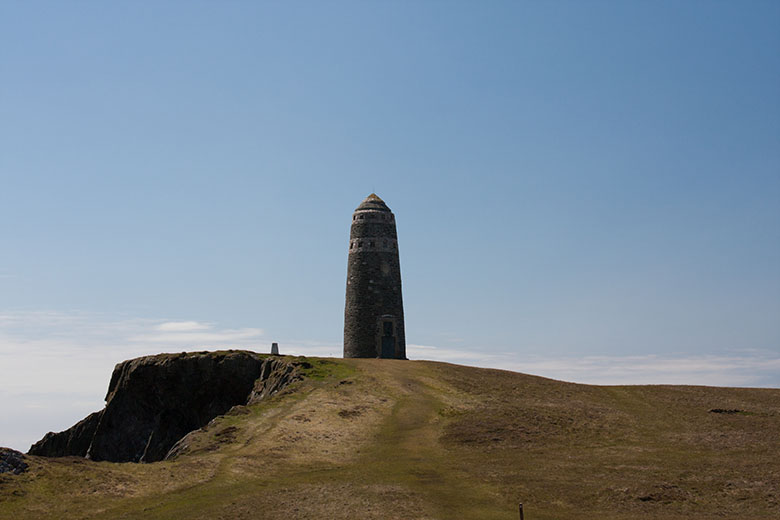 The horrific death toll of the First World War wasn’t just confined to the battlefields.

This 20 metre-tall stone tower stands watch on a clifftop overlooking the Mull of Oa on Islay. It commemorates two naval disasters that resulted in the loss of more than 700 souls at sea, including more than 550 American troops.

The first disaster took place on 5 February 1918. The troopship SS Tuscania was struck by an enemy torpedo, with the loss of more than 200 lives.

On 6 October 1918, Islay was visited by tragedy again. The HMS Otranto, navigating in bad conditions, collided with another troopship in her convoy. She sank with the loss of more than 400 lives.

Commissioned by the American Red Cross in 1918, the Monument was built in 1920. It uses local stone, much of which was said to have been gathered and transported to the site by the people of Islay. It is now listed at category A. 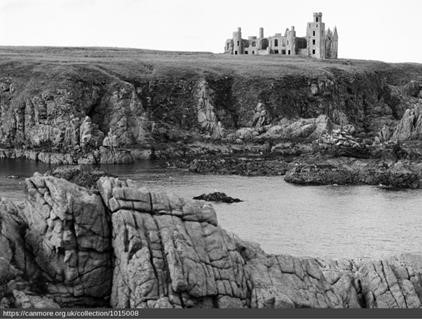 Is this Dracula’s castle?

Dracula author Bram Stoker was a frequent visitor to Cruden Bay. He wrote part of his most famous novel while staying in the area in 1896. He is said to have been inspired by New Slains Castle. Elements of the clifftop building match his descriptions of Dracula’s castle, not least the dramatic and imposing setting.

Dating from the 16th century New Slains Castle has been altered and extended over the centuries. Sadly, its roof was removed in 1925.

However, as a ruin it has now become a stunning landmark with some very supernatural associations. It has been listed at category B.

Elizabeth is our Director of Heritage. She has over 20 years experience in the sector, including as our former Head of Designations. View all posts by Elizabeth McCrone