Shining a Spotlight on Community Heritage

Heritage is one of those words that means very different things to different people.

Do you think of searching for fragments of the past in an impractical-but-stylish Indiana Jones hat? Or perhaps discovering a treasure trove of historic photos and trinkets in a rarely opened box?

Experiencing heritage, and understanding what it means to a community, is more than objects, archives and archaeology.

“Scotland’s urban heritage is a key part of what makes communities, with each area having a distinct story to tell.”
Alex Paterson
Chief Executive, Historic Environment Scotland

Over the past five years, Scotland’s Urban Past (SUP) has helped people learn skills to explore, record and share their urban heritage. That’s everything from an ancient hill fort to a skate park. Here’s a few of our favourite moments…

“Photographing public toilets. That’s not a sentence I thought I’d ever say…

Myself and my colleague Tom worked with people living with dementia. We provided training to help people record the issues they encountered while using public toilets across Scotland.

Toilets are an overlooked part of our towns and cities. We usually scoff or laugh and make jokes about “loos”, the fact is that the majority of us are unaware of how toilet provision has an effect on people’s lives.” 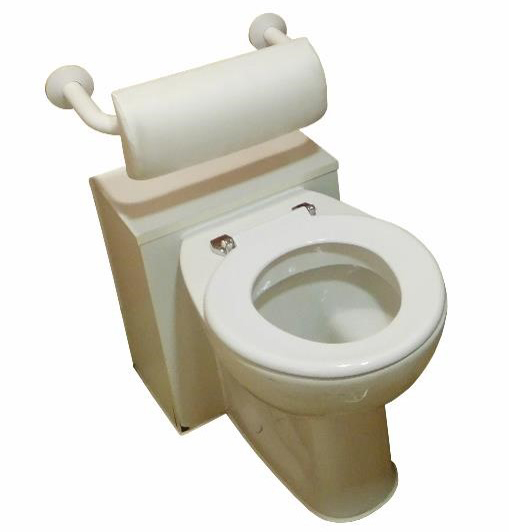 This community-led project, in partnership with the University of Edinburgh, explored the experiences of people living with dementia. The community identified using toilets in public buildings as a major challenge for them. We wanted to support them in communicating these challenges, and hopefully influence change by raising awareness.

To do this, we equipped communities in Edinburgh, Dundee and Aberdeen with skills like photography, film making and interpreting archival material. The new methods of communication about the spaces they use helped to open up discussions on the every-day issues facing people living with dementia. 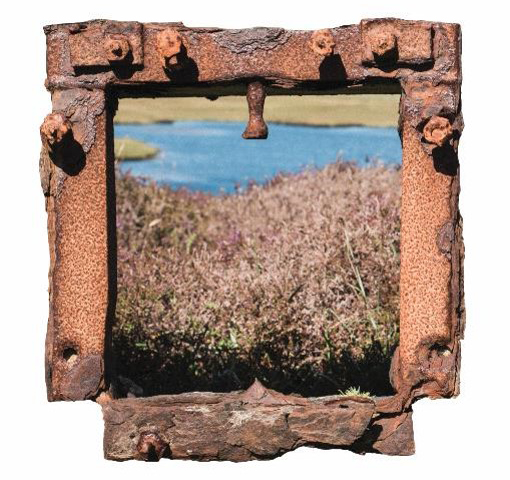 “Surrounding the harbour town of Lerwick are some of the most extensive and well-preserved 20th century defences in Britain. They contain the near complete remains of Lerwick’s World War installations.

Archaeology Shetland asked us to spend a week training the community volunteers in surveying this unique landscape of unloved heritage. We hope it’s helped bring Shetland’s fantastic 20th century archaeology to the forefront of public consciousness before it disappears.”

Community group Archaeology Shetland is made up of volunteers interested in exploring, recording and promoting archaeology in the Shetland Islands. They approached us for support ahead of a new housing development on the periphery of the town.

Familiar with the existing records of Lerwick’s history, the group knew there was a bigger story to tell. They felt the 20th century archaeology in and around the town had been overlooked in favour of prehistoric monuments.

Putting the power to record their own history in the communities’ hands, we taught them how to conduct surveys and record monuments. This meant they could create a better record of the Second World War defences in and around Lerwick.

Find out how to record your own urban spaces with our ‘How To’ guides.

“I think the best and most significant thing for me personally has been all the people I’ve worked with. I have been overwhelmed by the passion and knowledge demonstrated by SUP participants, by the strength and support of the groups and communities, by their determination to make more accessible or otherwise improve the places that matter to them.”

During LGBT History Month, we teamed up with nine community and organisational partners. These included the Scottish Civic Trust, OurStory Scotland and LGBT Health and Wellbeing. The community-led project celebrated places that matter to LGBTQ+ people in Edinburgh and Ayrshire. 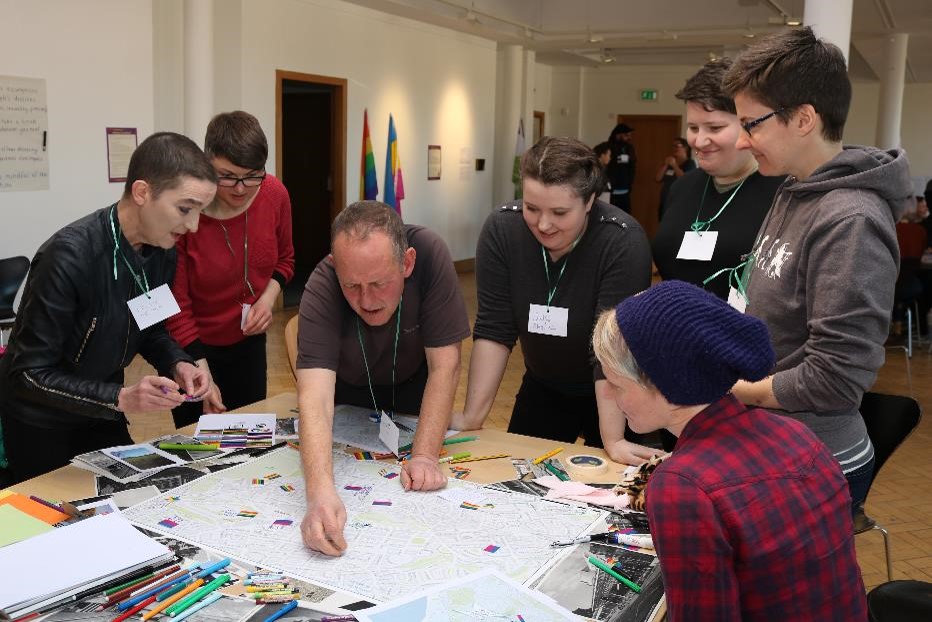 Participants talked about places they valued from both the past and present. They explained why they were significant, sharing associated experiences and memories.

We captured these important places in a community mapping process, creating the final document Queering the Map of Edinburgh. A thought-provoking discussion concluded the workshop where conversation turned to future aspirations, accessible places and spaces ‘where you can just be LGBT’.

It was inspirational to hear that making new and accessible places and spaces is exactly what young LGBTQ+ people are doing right now.

The final film shows courageous and confident young people expressing their experiences of setting up LGBTQ+ clubs in their schools. These spaces, communities and activities like their SUP project are helping young people feel accepted, safe and comfortable.

Helping communities of all ages record their heritage and the wider attitudes of society towards the spaces they value has been an important part of SUP. We hope it helps to both shed a light on community heritage and shape our own understanding of heritage for the future.

What comes next for community heritage?

After five years and over 60 community projects, the Scotland’s Urban Past project is now over. But we still want to hear from you and expand our records of Scotland’s community heritage.

Here’s a few ways you can stay involved: