A Brief Timeline of LGBT+ History in Scotland

From James VI and I to Jackie Kay, come on a journey with us as we explore a timeline of LGBT+ history in Scotland using archives and research.

Welcome to our timeline of LGBT+ History in Scotland!

Why do we need a timeline of LGBT+ history in Scotland?

Why have we written this? Because it’s LGBT+ History month. Because it’s interesting. And because we want to make sure everyone is represented in Scotland’s history and heritage.

Another reason is that sometimes when we post about this topic on our digital channels, we get comments from people who seem to think that LGBT+ folk have suddenly emerged in the last ten years. This is not the case.

The difficulty we have with researching LGBT+ history is that people living in the past didn’t identify with the language we use today. That means it can take a little bit of work to find them. We’ve tried to locate as many stories as we can to give you an accurate timeline of LGBT+ history in Scotland, but if we’ve missed anyone or made any mistakes please let us know. 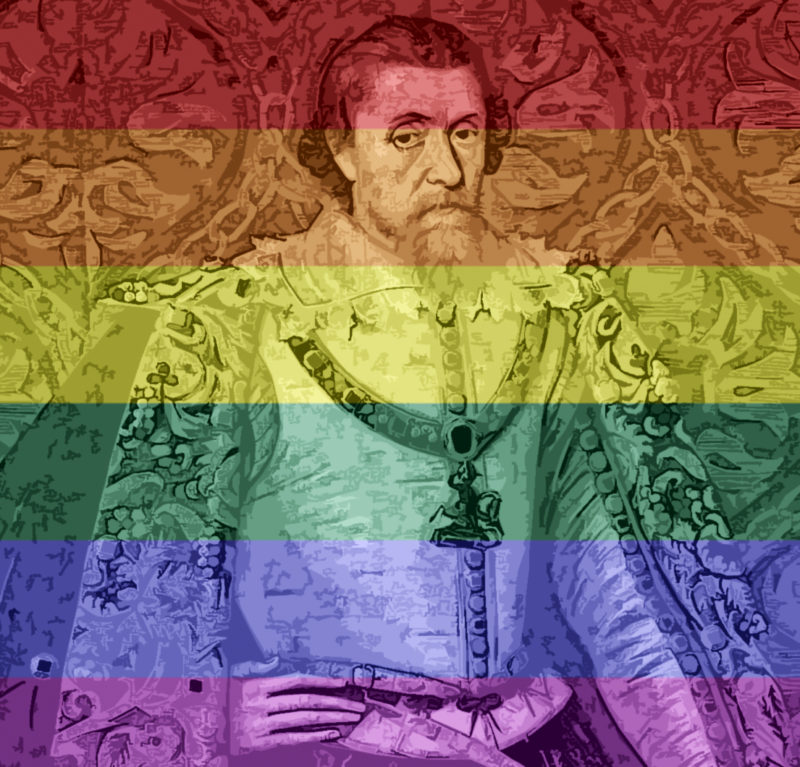 1603: James VI of Scotland becomes James I of England. In 1975 biographer Antonia Fraser writes there is ‘no reason not to assume the obvious,’ namely that he was gay. The son of Mary Queen of Scots openly prefers the company of male favourites like Robert Carr and George Villiers. In 1984 historian Pauline Gregg quotes the king as having said in court:

You may be sure that I love the Earl of Buckingham more than anyone else, and more than you who are here assembled.

I wish to speak in my own behalf, an not have it thought to be a defence, for Jesus Christ did the same, and there I cannot be blamed.

Christ had his John, and I have my George.

1812: Dr James Barry graduates from the University of Edinburgh Medical School. Following his death in 1865, it’s discovered he was assigned female at birth.

1827: Mary Shelley helps arrange passports for her Scottish writer pal Walter Sholto Douglas (pen name David Lyndsay) and his wife Isabella to travel to France. This is not because they are needed, but because Walter was born Mary Diana Dods and needs some paperwork to help establish his new identity.

1869: Sophia Jex Blake begins studying medicine at the University of Edinburgh along with the rest of the Edinburgh Seven. They face hostility, culminating in a riot at Surgeon’s Hall in 1870 when they arrive to sit an exam – an angry mob gathers to throw rubbish and insults. Blake goes on to become the first practicing female doctor in Scotland and an educational campaigner before retiring with her female partner, Dr Margaret Tod, in 1899. 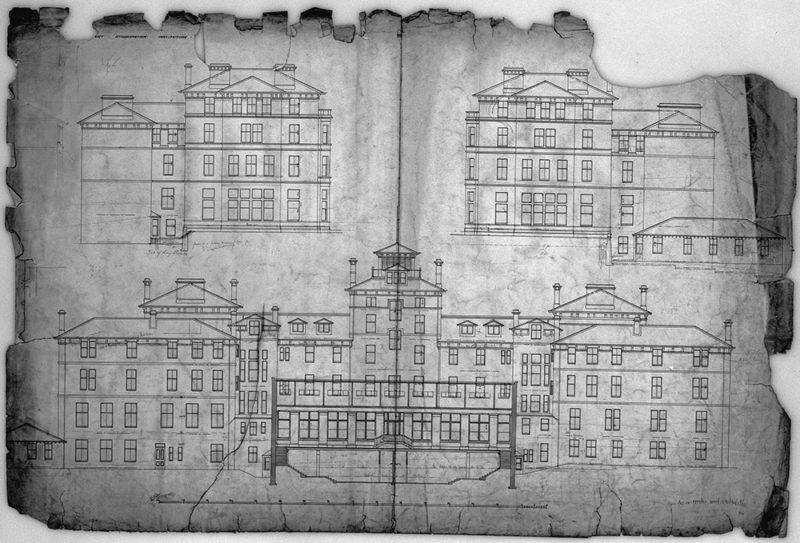 1917: Wilfred Owen knocks on the door of famous war poet Siegfried Sassoon at Edinburgh’s Craiglockhart Hospital and asks him to look at his poems. Their relationship transforms Owen’s creative output and the rest of his short life.

1921: the MP for Glasgow Springburn proposes a new clause to Section 11 of the Criminal Law Amendment Act. He wants to include female same-sex sexual acts. The House of Commons agrees that both heterosexual marriages and the mental health of women are at risk, so the matter is passed to the House of Lords… who disagree. They argue there isn’t enough research into the subject, meaning prosecution is unlikely. They also argue there’s not much public knowledge of the existence of female same-sex relationships. The amendment doesn’t pass into law.

1933: Ayrshire-born artists Robert Colquhoun and Robert MacBryde meet on their first day at Glasgow School of Art. They become known as ‘The Two Roberts’ and remain lifelong partners through a move to Soho, and then to the Essex countryside.

1957: the UK government create a Committee on Homosexual Offences and Prostitution. They go on to publish the Wolfenden Report.

1967: the government enact Wolfenden Report recommendations in England and Wales. Same sex relationships between men over 21 are no longer a criminal offence there. Male homosexuality remains a crime in Scotland and Northern Ireland.

1969: The Scottish Minority Group (SMG) is founded in Glasgow in May. It’s a self-help organisation working for the rights of homosexual men and women. The next month in the USA, the Stonewall Riots break out. 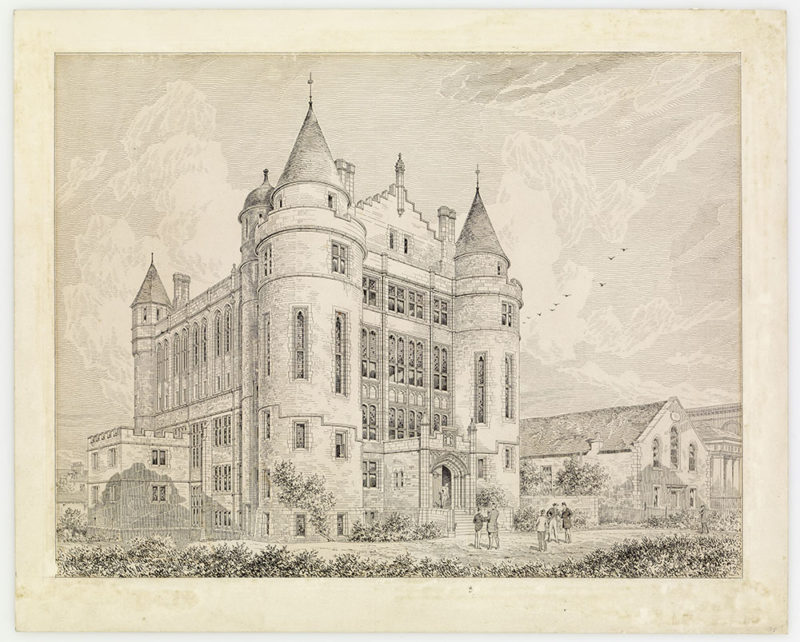 1980: Scottish Homosexual Rights Group (SHRG) opens a Gay Club on Queens Crescent. Find out more about life before Bennets from Our Story Scotland.

1981: male same-sex sexual acts are legalised as part of the Criminal Justice (Scotland) Act 1980. It has taken 13 years to equalise the law with England and Wales.

1988: The government brings in Section 28, legislation that prevents teachers from talking about LGBT+ issues in schools. Many support groups close as a result, with local authorities afraid to breach the law.

1989: the Stonewall Youth Project is set up in Edinburgh. They go on to become LGBT Youth Scotland.

1990: Edwin Morgan – Scotland’s first Makar and author of the greatest poem ever composed about the Loch Ness Monster – comes out at the age of 70.

1995: The first Scottish Pride March takes place in Edinburgh. It starts on Barony Street and takes around 3000 marchers up Broughton Street, Leith Street, Princes Street, the Mound, George IV Bridge, and into the Meadows.

1995: Glasgow LGBT Centre is opened on 4 November on Dixon Street.

1996: The Second Scottish Pride is held in Glasgow. It finishes with a festival on Glasgow Green.

1997: the Equality Network is set up in Scotland,  ensuring LGBT voices are heard in policy making.

2002: The Homophobic Crime Line was started in Glasgow. Find out how to report a Hate Crime today.

2005: Ellen Galford starts the Remember When project to gather stories of LGBT history for an exhibition. ‘Rainbow City’ explores the lives, struggles and cultural contributions of the LGBT community. It goes on display at the City Art Centre in 2006.

2009: Jesus, Queen of Everything – a play from the perspective of a transgender Jesus written by Jo Clifford – premieres at Glasgow’s Tron Theatre.

2014: same-sex marriage is legalised in Scotland.

2019: Scotland’s Makar Jackie Kay (who has written of how she realised she was gay at 17, but felt unable to deal with this for some years after) composes a poem about Mary Queen of Scots giving birth for the new Edinburgh Castle audio guide.

2019: We launched our own LGBT+ Employee and Workplace Allies Network with a choir performance at Edinburgh Castle. The Network exists to support our staff, inform policy reviews within the organisation and help build awareness of LGBT+ history and culture. We’re delighted there’s representation from our HQs in Edinburgh, Stirling-based staff at the Engine Shed and in Historic Scotland sites all over the country which now proudly fly the Rainbow Flag every year.

This post has been amended to reflect more of Glasgow’s LGBT+ history, with thanks to David Thomas, Former Director of Glasgow LGBT Centre, Lesbian & Gay Switchboard and West of Scotland LGBT Forum.