A Permanent Move to Foreignness

Sunnah Khan reimagines a Scottish myth of helpful household faeries with a poem about a ‘hidden people’ and their arrival in Glasgow.

Commissioned  for our World Storytelling Day event 2021, here’s a sneak preview from contributor Sunnah Khan. Read the poem below or listen to Sunnah’s reading.

In Scottish folklore faeries are spirit creatures or ‘hidden people’ who come in many different forms and temperaments. I was particularly intrigued by the good household faeries, goblin like creatures of the Highlands, who do odd jobs and help out around the house.

South Asian migrants are a well-known part of Scottish society, having settled in Scotland for over half a century. While stories of arrival have been orally passed down to me by my own mother, there’s a mythical quality to the lack of formal historical account and the quiet ways the first generation learnt to adapt and exist.

I was also intrigued by dictionary definitions of the word immigrant, one of which was ‘a permanent move to foreignness.’ I thought this was such a strange idea, to be forever trapped in the definition of not belonging.

Inspired by all these ideas I re-imagined a modern Scottish myth of a ‘hidden people’ and their arrival in Glasgow. 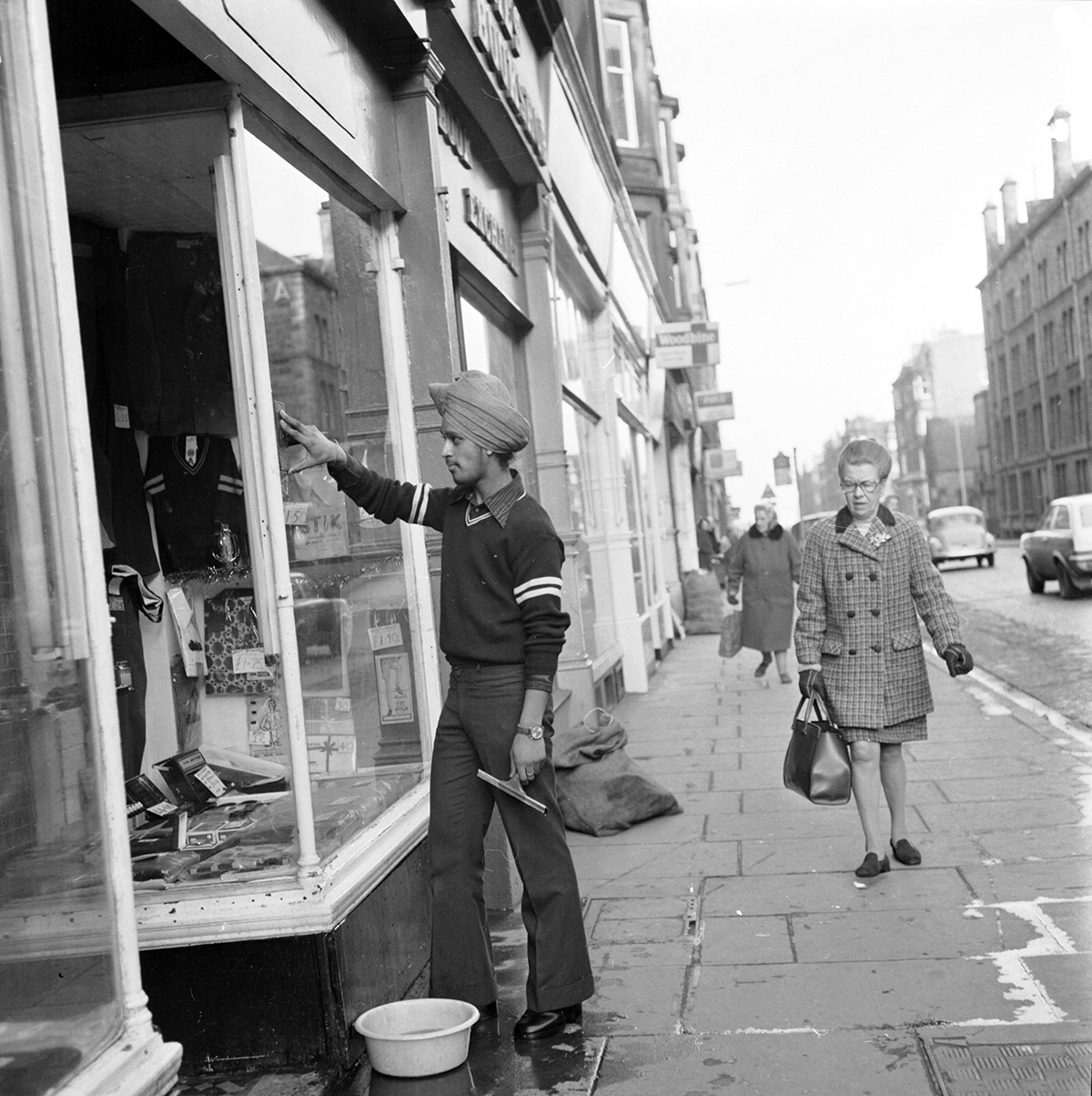 A Permanent Move to Foreignness

Our father a foreign land, sorcerer in a black coat

We watched him sleep

watched him rise with the Others

prise himself out of our sardine can suitcase

we were truly prisoners then

trapped in our tongues, extradited from the sun,

our magic carpet was just a carpet

We became creatures of the shadows

while we learnt the names for things

the first words we learnt were GOOD and MORNING

we curled the Good around our tongues, sewed Good into our seams

stuffed Good into our pockets        our hands

we wore coats on top of coats, socks over our sandals

they called us the ABOMNABLES

Our mother, a singing bowl, her grief capsized

We washed once a week down

the Steamie where they called us dirty

we took turns to sit in the bath,

returned to our true forms then

little  gods  of  the   Indian  ocean

We lassoed the sun a honeycomb sponge

to warm laps and wide beds

crossed the Atlantic down the globe

the equator of our bellybutton

marked broken, under a British flag

Our father in the gutter, emptying out the bins

stirring in the night to the poetry of Fiaz 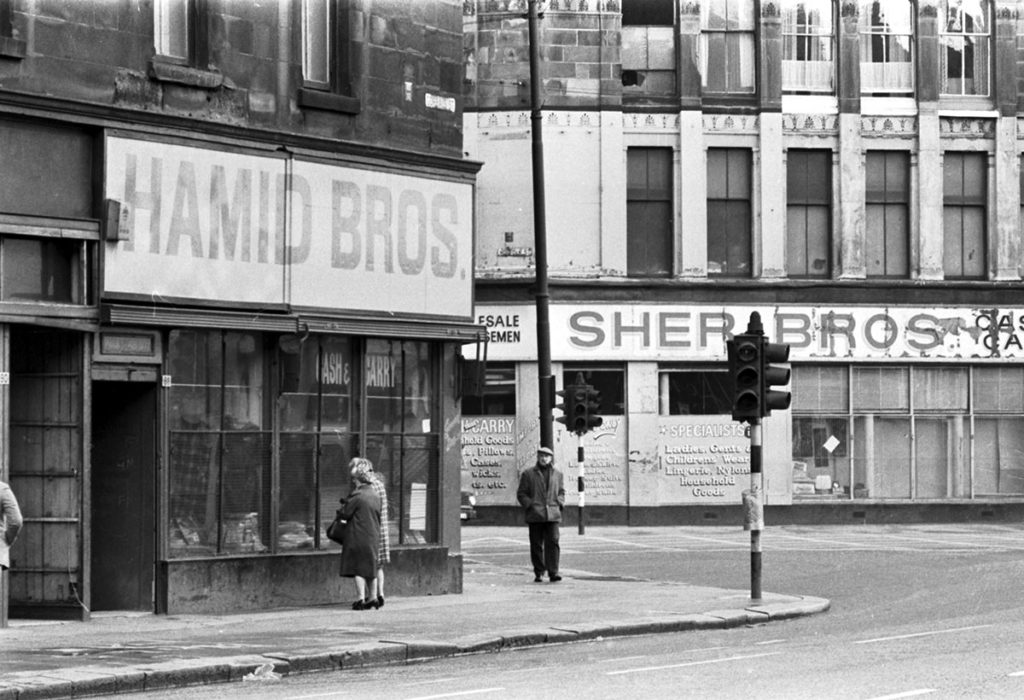 Asian businesses in Glasgow, May 1972