William McGonagall’s Life and Rhymes, And photographs from Victorian times

William McGonagall is remembered today as one of history’s worst poets, and his writing covered places and events from across Victorian Scotland. Joe Waterfield takes us on a trip through the HES archives that brings McGonagall’s poetry to life.

In the year Nineteen Hundred and Two,
There was great sadness and to-do.
All the world did – alack – don a pall,
To mourn poor William McGonagall

Before he was cruelly struck down,
He was a poet of great renown.
His use of rhymes was very thorough,
Until he died in Edinburgh. 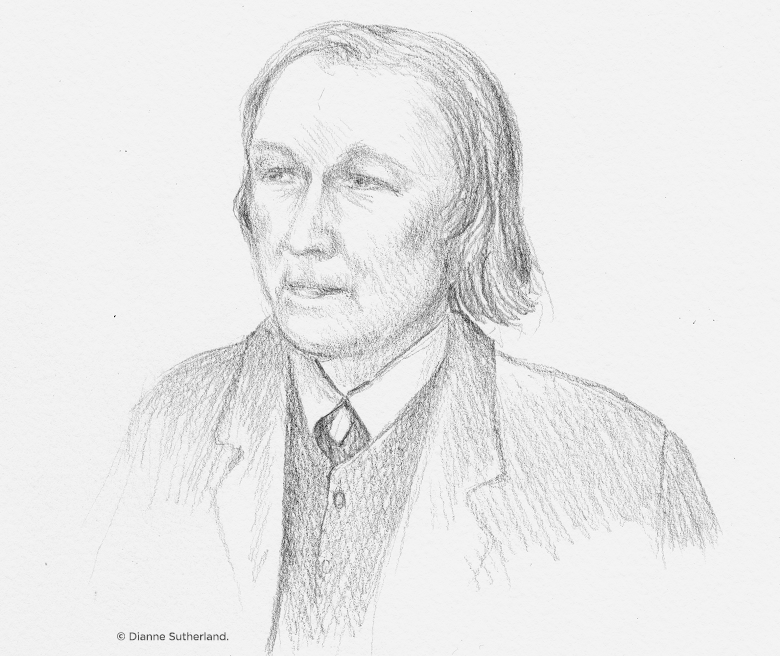 A pencil drawing by Banffshire artist Dianne Sutherland, from the artist’s own collection. Licensor www.scran.ac.uk.

William McGonagall (1825 – 1902) is remembered affectionately as Scotland’s worst poet. Indeed, it was his status as a bad poet who only seemed partially in on the joke, which has ensured the longevity of his truly awful so-called ‘Poetic Gems’.

McGonagall lived much of his life in Dundee, but also stayed in Perth and Edinburgh. As a performing poet, McGonagall toured much of Scotland. His travels also took him to London and even as far as New York.

During his career, he wrote terrible poems about everything from the Boer War to Sunlight Soap. The Historic Environment Scotland (HES) archive holds a large amount of photographs and drawings depicting life in Victorian Scotland, and can be used to help illustrate some of the more memorable events from McGonagall’s life, and to help depict some of the places he tried to describe in his poetry. 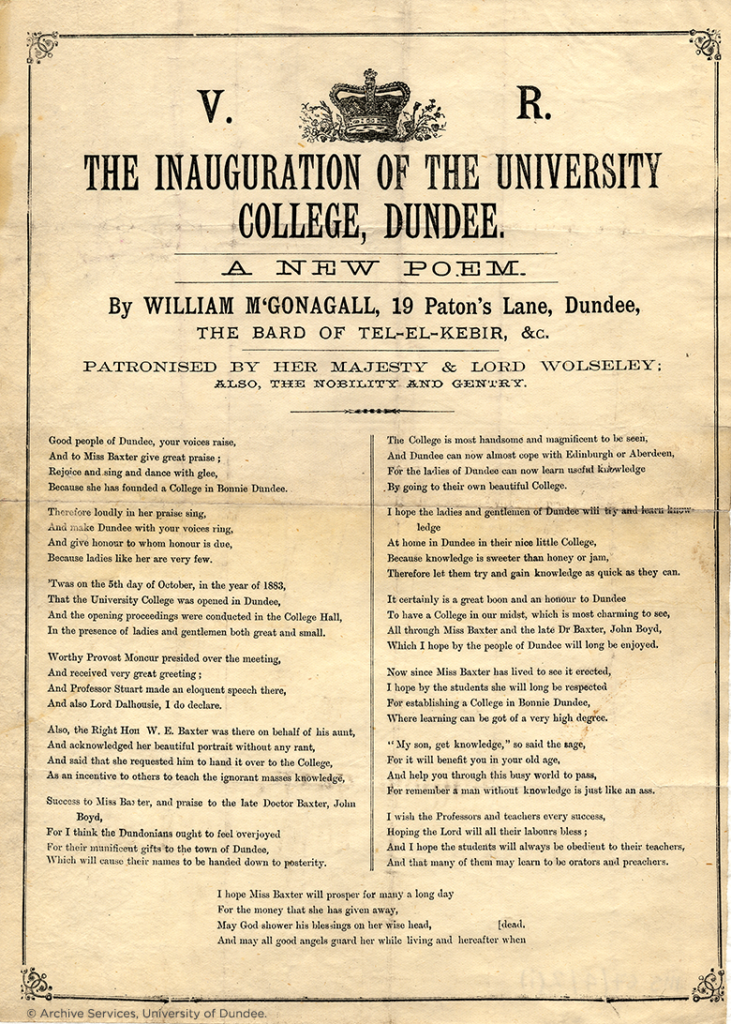 A printed copy of a poem by William McGonagall on the subject of the inauguration of University College, Dundee. Licensor www.scran.ac.uk.

It was while working as a weaver in Dundee – at a time that this industry was becoming increasingly mechanised – that William McGonagall was inspired to become a poet, despite his own admission that he knew ‘nothing about poetry’. You can judge for yourself whether he was downplaying his own abilities in this extract from a poem he penned about Dundee:

And your Tramways, I must confess,
That they have proved a complete success,
Which I am right glad to see …
And a very great improvement to Bonnie Dundee. 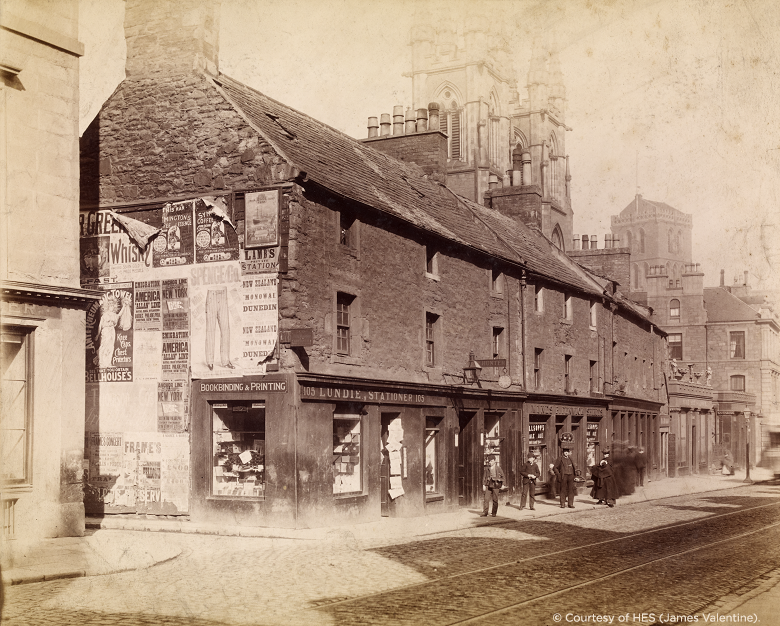 View of Nethergate, Dundee. You can zoom in on those brilliant old posters over on Canmore.

The image here is a photograph from the HES archives showing Dundee in the 1870s, the time that McGonagall was living there. It is now possible to zoom in on this image – among others – on our Canmore website. By zooming in on this photograph you can see clearly the tramlines praised in McGonagall’s poem. Other interesting highlights include the numerous posters advertising emigration to distant places, and the gentleman in front of the wine merchants engaging in some impressive bottle-balancing.

One of McGonagall’s most well-known poems today is his account of the Tay Railway Bridge disaster (1879), one of the worst railway accidents in British history. This poem, as well as the piece he wrote to commemorate the opening of the bridge in 1878, brought William McGonagall recognition both during and after his life. In the poem, McGonagall lamented that 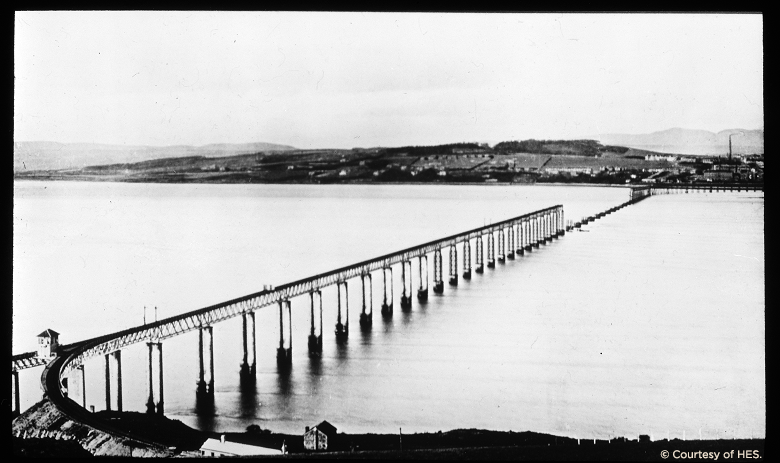 View of Tay Bridge after the collapse of 1879.

Victoria is a good Queen, which all her subjects know

In 1878, a year after he had chosen to become a poet, William McGonagall decided to seek the patronage of Queen Victoria, so on a ‘beautiful sunshiny day’, he walked the sixty miles from Dundee to Balmoral. It should come as no surprise that the optimistic poet did not get further than the palace gate-keeper, who threatened to have him arrested, and he had to walk all the way back home. Despite this setback, McGonagall chose to display the royal coat of arms at the top of his printed poems anyway. 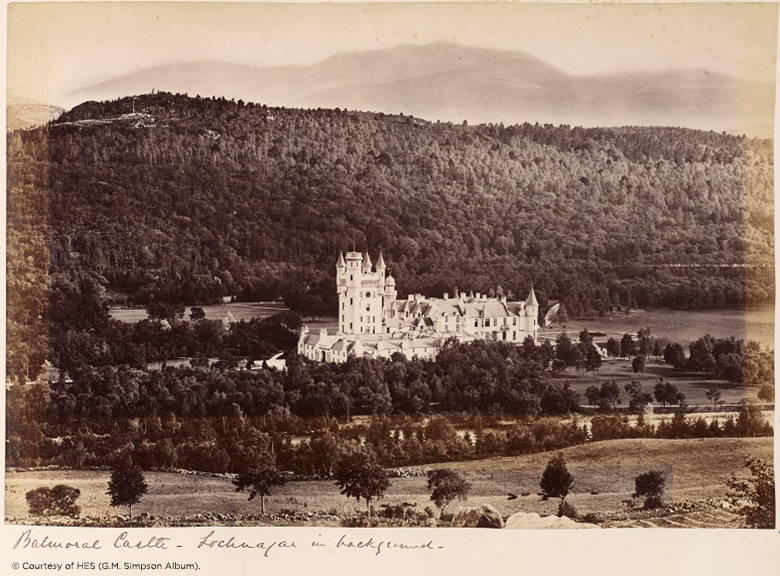 Balmoral Castle with Lochnagar in background. Taken around 1880.

My Genius has been disregarded

Although a popular local character in Dundee, McGonagall evidently found it hard to make a living from his poetry and performing, and in 1894 he was evicted from his residence in Dundee. He lived for a few months in Perth, a place he had previously written about:

I advise you all without delay to go
And see the Fair Maid’s House – it is a rare show. 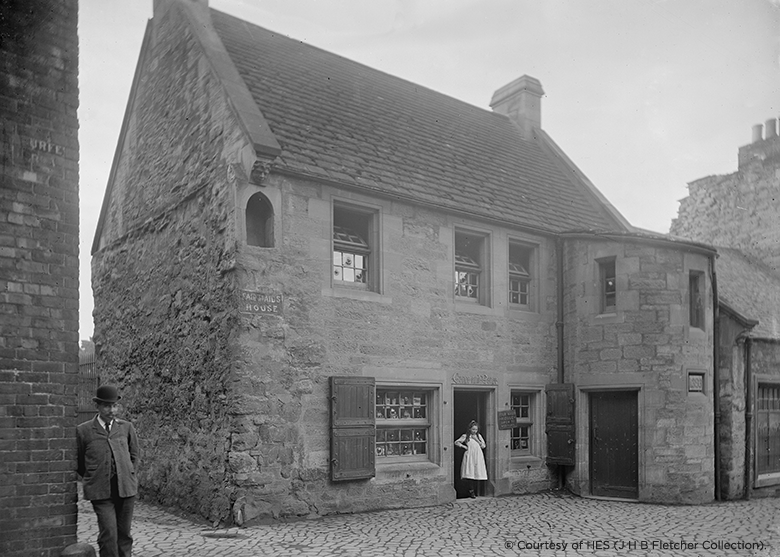 The Fair Maid’s House is the home of the fictitious heroine of Sir Walter Scott’s popular novel the ‘Fair Maid of Perth’.

McGonagall also wrote about Edinburgh, where he moved to after leaving Perth in 1895:

McGonagall here was writing about the New College on the Mound, but it was near to the Old College – on South College Street – that William McGonagall was staying at the time of his death in 1902. He died in poverty, and was buried in an unmarked grave in Greyfriars Kirkyard. 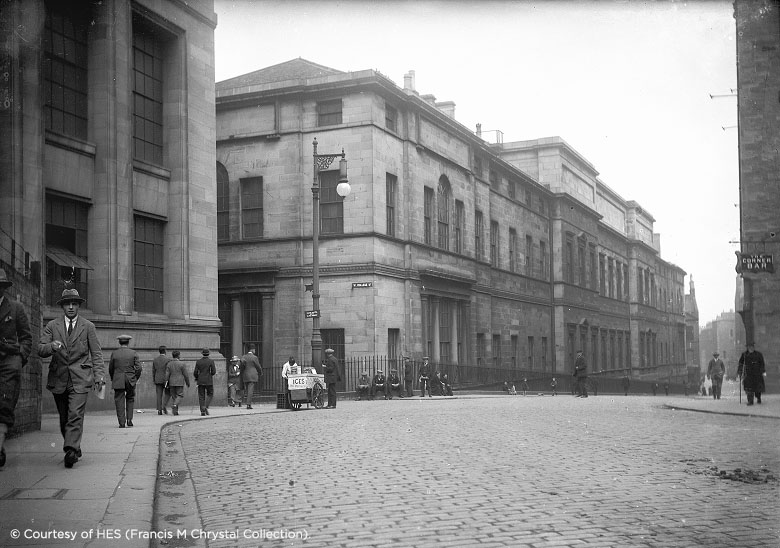 The University of Edinburgh’s Old College on South College Street. Taken some time between 1900 and 1930.

Here ends our McGonagall blog,
It turns out his life was quite a slog.
I can’t help feeling a bit sad,
Although his poems were very bad.

If you have enjoyed McGonagall’s poetic works,
With all its forced rhyme and quirks,
You can easily find out more online,
Or in a book, that would be fine.

If instead you’ve had your fill,
Of words by poor McGonagall,
You can see more photos, new and old,
On our Canmore website, so I’m told.