From the Punjab to Pirnmill, Arran – A Scottish South Asian immigrant story

For South Asian Heritage Month, Tariq Ali uncovers the journey of his grandfather who came to Scotland as a Punjabi immigrant and became “Johnny” a travelling salesman in Scotland’s rural communities in the 1940s-50s

Everyone went to the Pakistani sweet shop in Govanhill, Glasgow to buy mithai when there was a life event to celebrate.

My grandfather, Fateh Ali, went along in January 1977 when his grandson was born – his eighth grandchild. He would go two more times, in February and March, to buy more mithai and celebrate the birth of two more grandsons.

Did Fateh Ali praise Allah for his blessings that day and every day for all that he had achieved?

A long way from home

The story that I know of my nana, my maternal grandfather, is one that many Scottish immigrants will recognise.

As one of six siblings, he was born in Chak 482 GB Jagranwan in rural Faisalabad (formerly Lyallpur) in Pakistan.

Villages like his were renamed by the British in the colonial era using  a four-part naming system. Some variations exist, but generally, they were named ‘Chak (number) (letters) (village name)’.

My grandfather travelled thousands of kilometres to what is now Mumbai in India where he boarded a ship which would eventually take him to Glasgow in 1947.

Illiterate, unable to speak English and with borrowed money, he left behind his five siblings, wife and two children, not knowing when he would see them next. He was an economic migrant, travelling to Scotland to earn a living so he could return to his chak and provide for his family.

He shared a flat with fellow South Asian immigrants, in Oxford Street in Glasgow, to keep costs down and for the support of a familiar language, food and religion. Like my nana, many of these men will have settled down in Glasgow and had families. They will have passed down their own stories of those early days.

Initially, my nana earned his living in Scotland taking samples of clothes from door-to-door in rural communities and on the islands. He got the samples from fellow South Asian immigrant wholesalers who imported clothes. Islands he visited include the Isle of Bute, Arran, Millport and he travelled as far afield as Campbelltown.

I picture my nana with his large suitcase politely knocking on doors. To locals, he became known as “Johnny”. If you have family who lived on the isles in the late 1940s-50s, they might remember the dapper, brown-skinned man in his 20s. To many, he will have been the first person of colour they had met. 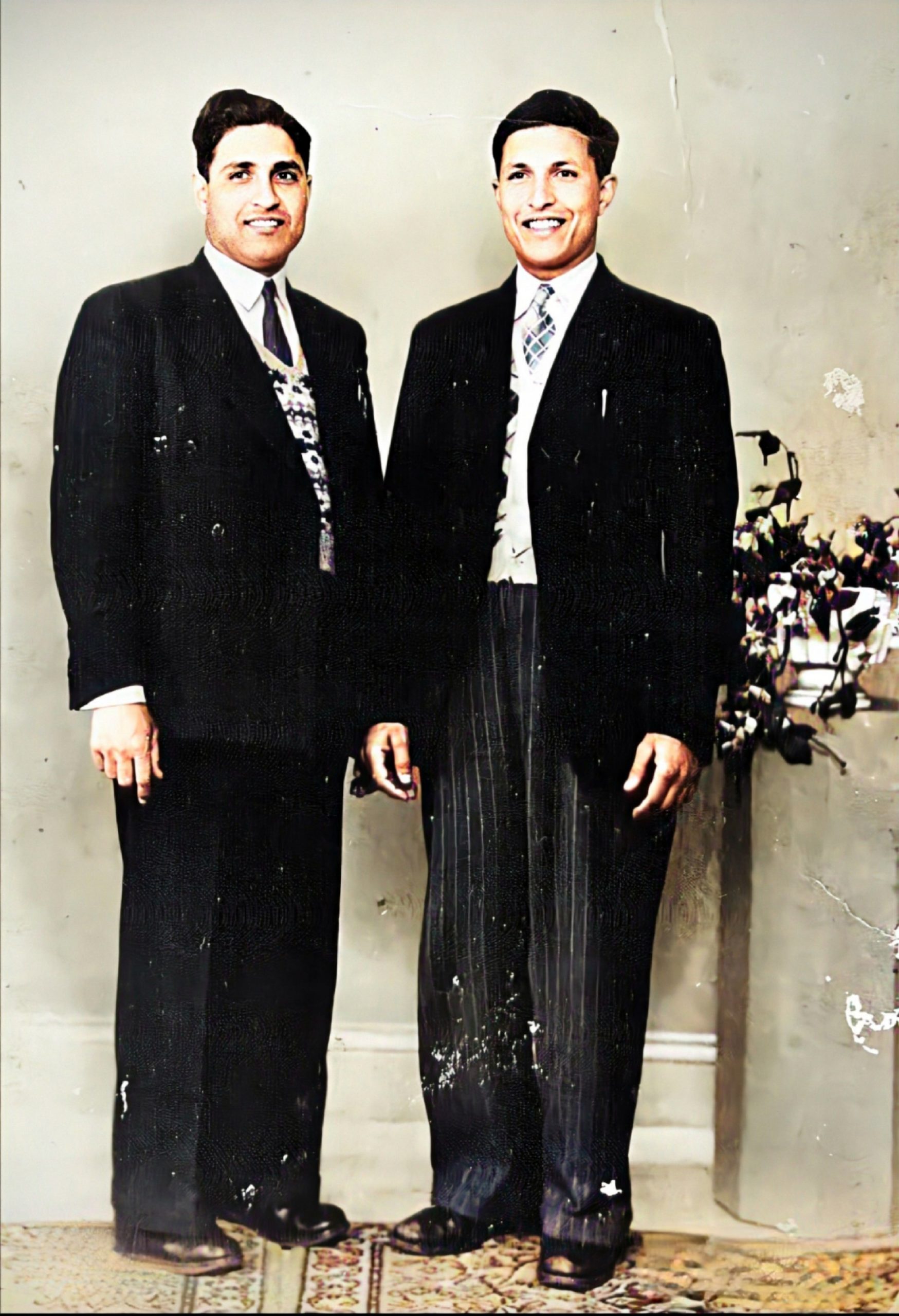 My late uncle, Ashaque Ali, recalled that when he was a schoolboy, he would accompany his dad on his visits to Arran during the summer holidays in the 1950s. He would emulate him with his own little suitcase. The case would go on the back of the bike and Uncle Ashaque (or my aunt occasionally) would sit in front of him.

My aunt, Anwar Ghafur said of her times on Arran, “It was really nice with the sea. Everyone was so nice, every time we went in (to local houses) we’d be offered a cup of tea and a biscuit.”

Settling down in Glasgow

Nana eventually made enough money from his sales to start a partnership with a friend in a grocery store in the Gorbals area of Glasgow in 1959. By that time, he had moved his family to Glasgow as he missed them so much. 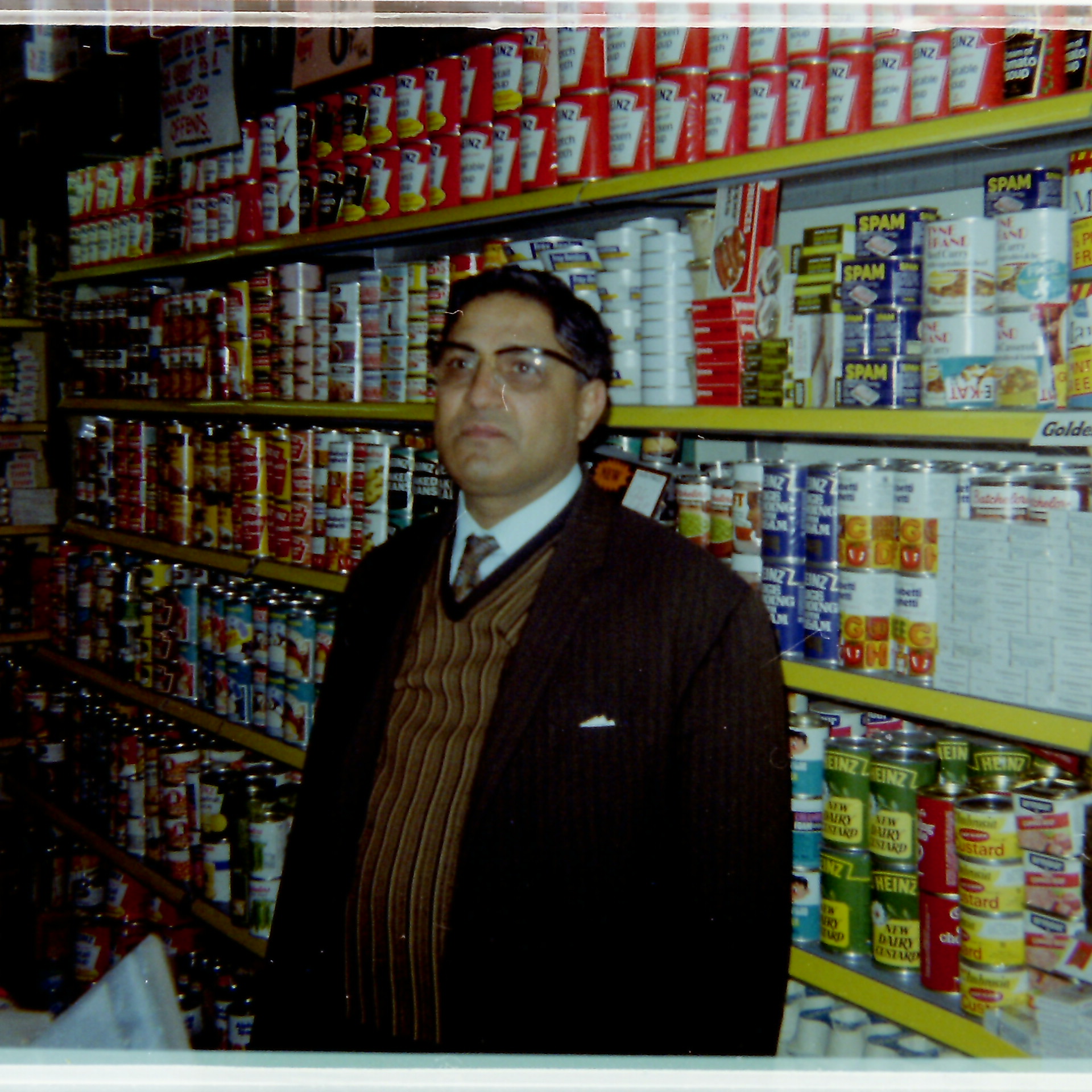 Fateh Ali in his shop on Caledonia Street in Glasgow.

The hours were long and hard. Uncle Ashaque explained that this was out of necessity. The store would only get busy once the other stores had closed and there were no other options for the locals. He would be open from 8am to midnight. Ashaque would join him after school finished and they would walk home together after midnight. 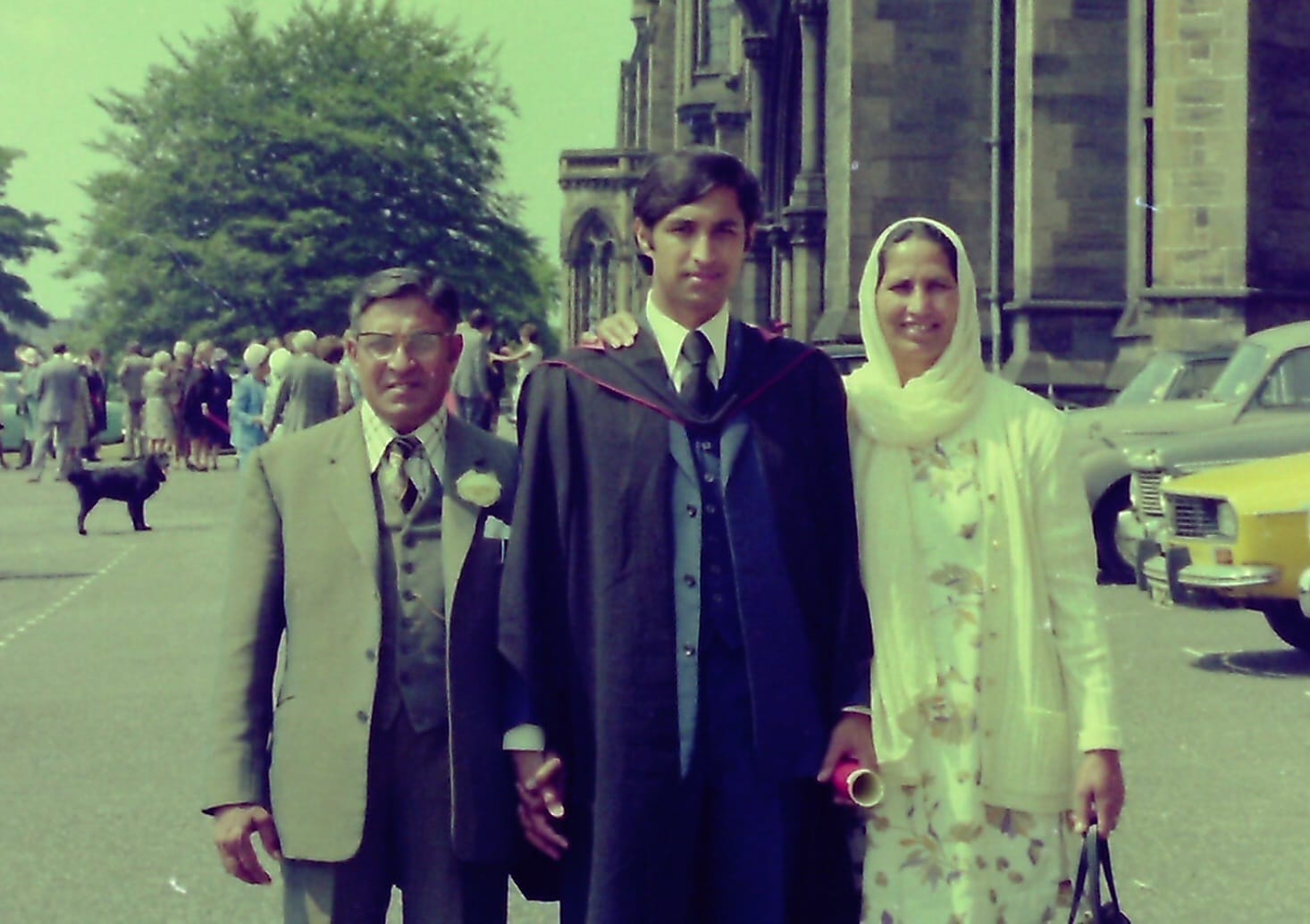 My uncle, Dr Ashfaq Ali at his graduation.

Education was important to my nana. Did he see it as a stepping stone to success? Or did his own lack of education fuel a desire that his children should know more and do better? Whatever the answer was, it worked. The day came when my nana would see one of his children graduate. From medicine no less, fulfilling near-enough every South Asian immigrant’s dream of having a doctor in the family.

Perhaps because of that early challenging period, my nana always wanted his children to be close to him. Even now, over 45 years after he left us, many of his children, grandchildren and great-grandchildren live in and around Glasgow.

If your family history crossed with my nana, my family and I would welcome any information.

We need to capture the stories of first-generation immigrants while we still can. We shouldn’t forget their sacrifices and contributions to recent Scottish history. Start capturing those memories from relatives before we lose them forever, like many of the ones our family has lost.

Tariq Ali is a digital specialist in the third sector and can be contacted at @aliboomaye on Twitter / Instagram or by email at nana@tariqali.co.uk

Banner image: Fateh Ali in his shop in Caledonia Street in Glasgow