Lights, camera, action! Do you know which of the nation’s favourite castles have also held starring roles as filming locations?

Historic Scotland sites are no stranger to the screen having featured as filming locations in a diverse array of productions from classic comedy capers to Bollywood blockbusters.

Read on to discover six of our biggest film and television stars.

Blackness Castle is an impressive fortress on the banks of the Forth. In recent years, it has become a popular filming location and has played host to a number of high profile productions, including 2019’s Mary Queen of Scots starring Saoirse Ronan and Margot Robbie.

Mel Gibson and Glen Close filmed the 1990 film Hamlet here. It also made an appearance in the 1996 film The Bruce, alongside Brian Blessed and Oliver Reed.

You might also recognise it from series 1 of Outlander where Blackness stood in for ‘Fort William’. 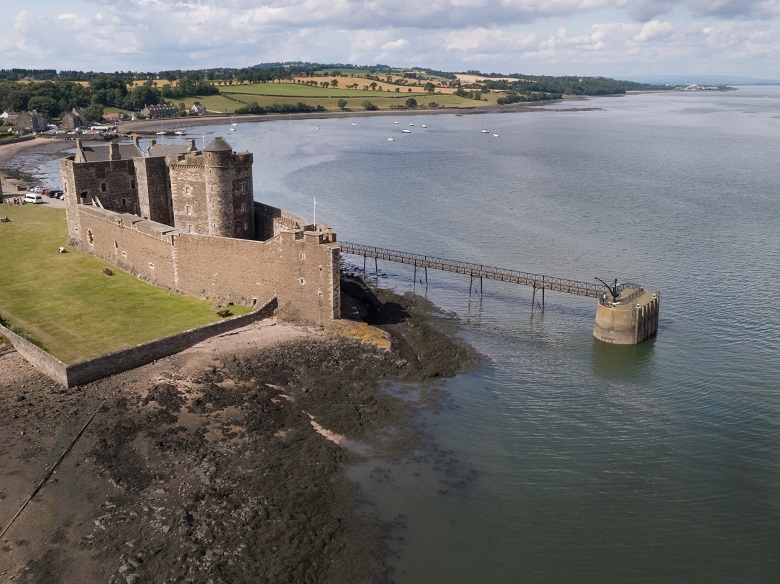 Linlithgow Palace was the birthplace of Mary Queen of Scots, and is a magnificent ruin to explore. This royal pleasure palace, located just 20 miles from Edinburgh, was a welcome stopping place for the royal court when travelling between Edinburgh and Stirling Castles. Linlithgow Palace was used as Wentworth Prison’s corridors and entrances in Series 1 of Outlander.

Are you interested in exploring all of our sites that have featured in Outlander? Download our Outlander itinerary which has ideas for where to explore over 3 or 7 days. Recently, Craigmillar Castle has played host to a number of exciting large scale productions which are soon to be released, including the Netflix epic Outlaw King.

Edinburgh’s ‘other castle’ can also be spotted in the 1997 BBC TV production Ivanhoe – which featured James Cosmo, Victoria Smurfitt and Christopher Lee. And in series 3 of Outlander, you might have seen it as Ardsmuir Prison where Jamie was imprisoned after the Battle of Culloden. Perhaps the most famous of our castles among Outlander fans, Doune Castle takes a starring role as Castle Leoch, the home of Clan MacKenzie.

Doune is no stranger to the big screen, and has previously starred in Monty Python and The Holy Grail and it was also used as the set for Winterfell in Game of Thrones.

When visiting, you can even enjoy audio guided tours from Sam Heughan of Outlander fame, and Monty Python’s Terry Jones. One of the last of the grand medieval castles, the mighty Tantallon Castle was home to the Red Douglas dynasty.

Set high on a cliff edge, the castle’s dramatic position makes it a perfect filming location. It appears in the critically acclaimed film Under the Skin, starring Scarlett Johansson.

Along with Inchmahome Priory and Crossraguel Abbey, the castle was exposed to a huge new audience in 1998 when it featured as one of several Scottish filming locations in the Bollywood smash hit rom-com Kuch Kuch Hota Hai. 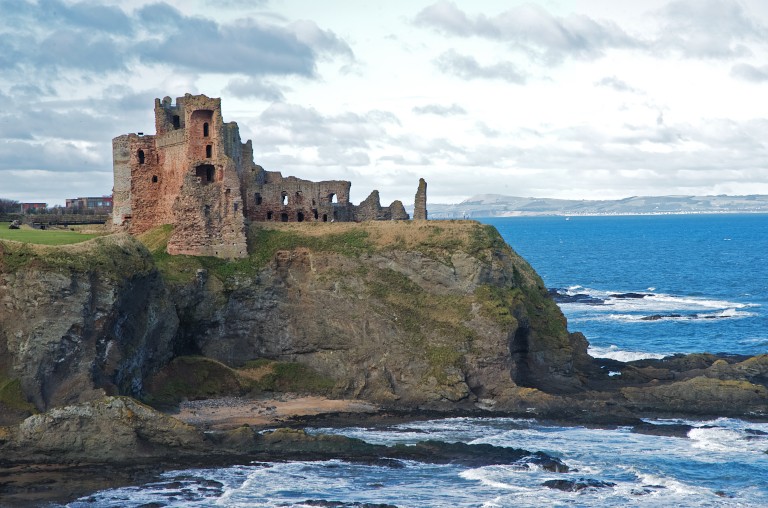 “The grandest medieval building in the Western Isles” became one of our latest stars of the screen over Christmas 2019. St Clement’s in Rodel, Harris starred in a festive episode of hit drama Call the Midwife.

In a special episode, the nuns of Nonnatus House swapped the East End of London for the Western Isles. They set up their missionary headquarters in the 1500s church built by the 8th chief of Clan MacLeod. 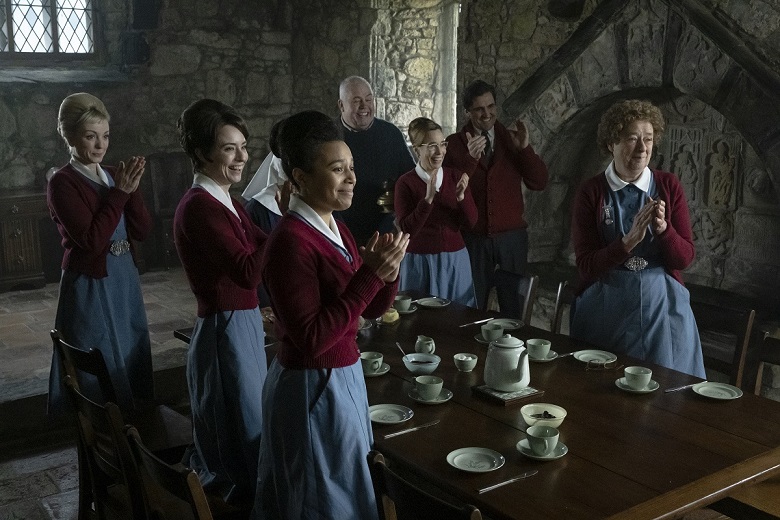 Stunning aerial shots show the church’s glorious location, surrounded by coastline and mountain. What’s more, keen-eyed viewers will be able to make out the amazing late medieval stonework, including the chief’s fine tomb.

Further up the coast, the atmospheric Calanais Standing Stones also made an appearance. However, looking at the image below, the cast and crew weren’t blessed with particularly sunny weather! 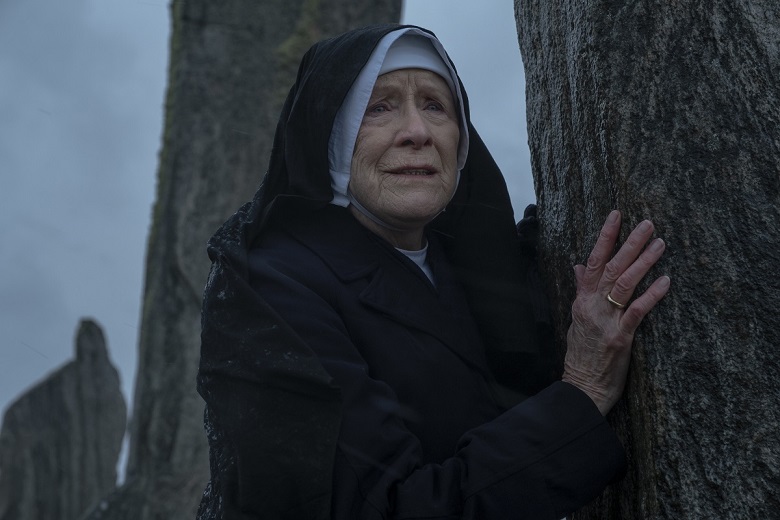 And be sure to pick up an Explorer Pass (or better still, become a member!) to ensure you can visit as many sites (filming locations or not!) as you wish.

In addition, many of our sites can be hired for filming. If you have a project in mind, take a look here, and contact our filming team to discuss.