Walford Bodie: The Electric Wizard of the North

Scottish magician and music hall entertainer Walford Bodie was once among the most famous and highly paid entertainers of his era and a friend of Harry Houdini. Bodie was known as the Electrical Wizard of the North and was even imitated by Charlie Chaplin.

In December 2020, our Designations team were updating the listed building record of the Bodie Fountain in Macduff and uncovered an electric and magical tale!

The Bodie Fountain in Macduff commemorates Jeannie Bodie. She died in 1909 at the age of 18. Jeannie was the daughter of Walford Bodie. 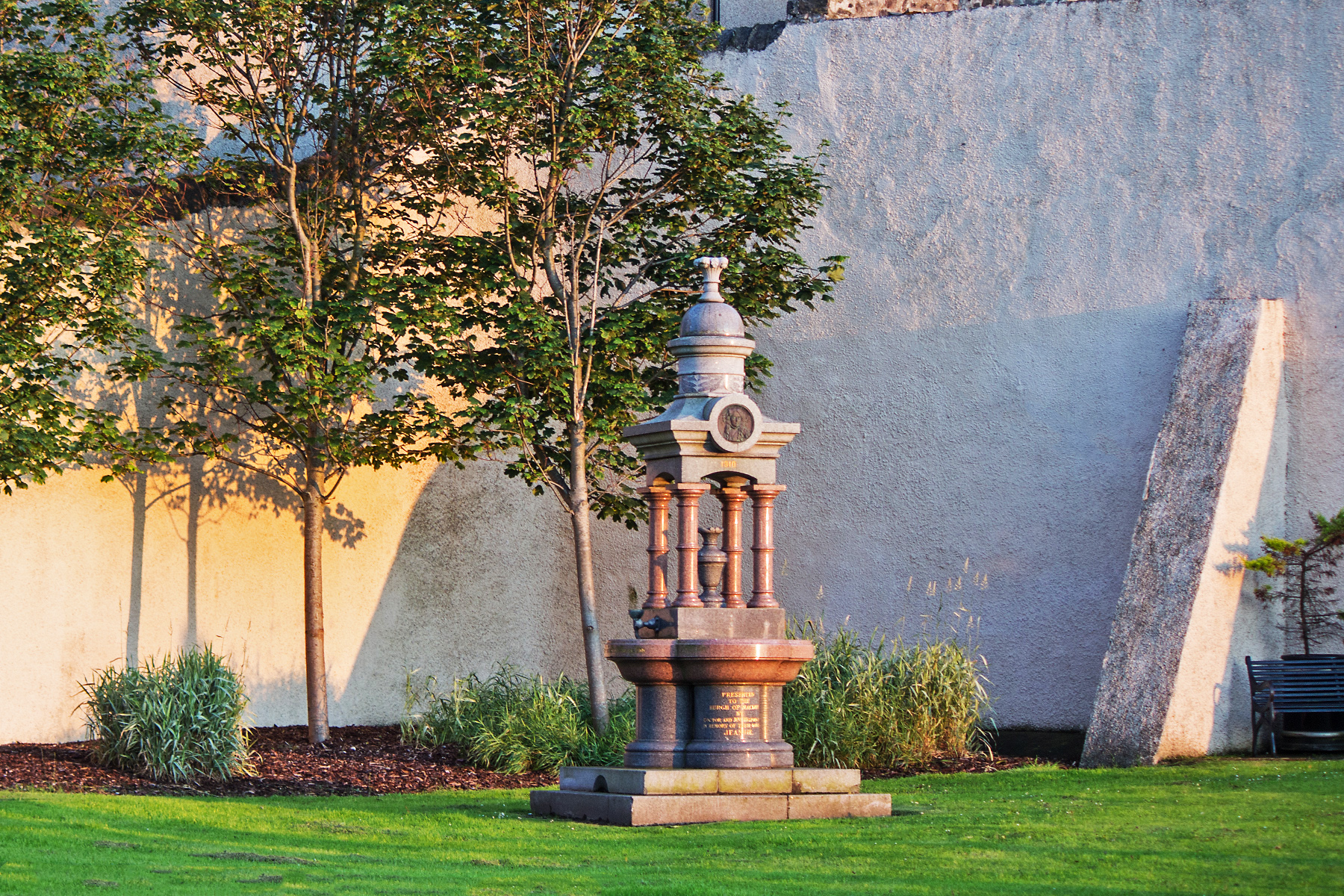 © Courtesy of A Taylor.

Walford Bodie was a Scottish magician and music hall entertainer. He was once among the most famous and highly paid entertainers of his era and a friend of the great Harry Houdini. Bodie was known as the Electrical Wizard of the North and was even imitated by Charlie Chaplin. 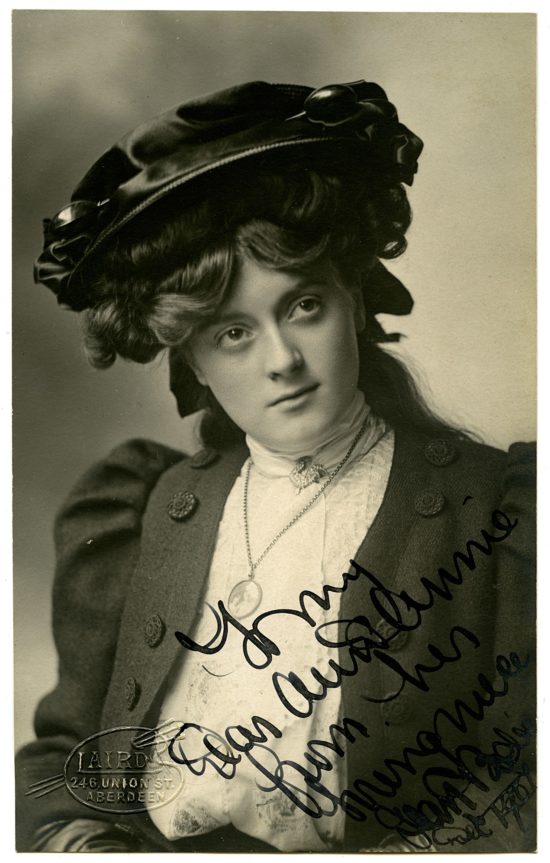 Jeannie was her father’s assistant in his illusion, ventriloquism, hypnotism and electrical trick shows.

Walford Bodie – the makings of a magician

Samuel Murphy Bodie, professionally known as Walford Bodie, was born in Aberdeen in 1869. He began his working life at age 14 as an apprentice at The National Telephone Company. However, by his late teens was performing magic shows across Aberdeenshire. 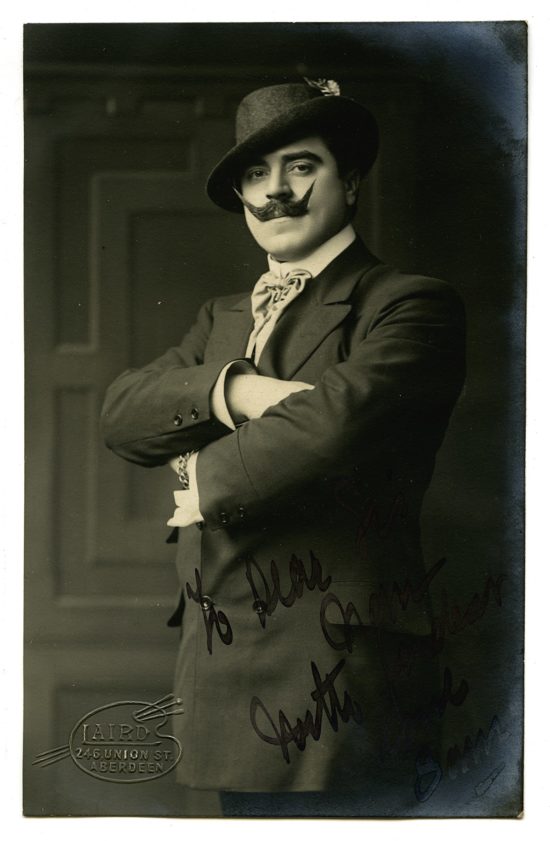 He married Jeannie Henry, who performed alongside Walford as an illusionist and mind-reader, with the stage name ‘Princess Rubie’. A number of Jeannie’s sisters also performed in ‘The Bodie Show’, including Isabella and Mary. 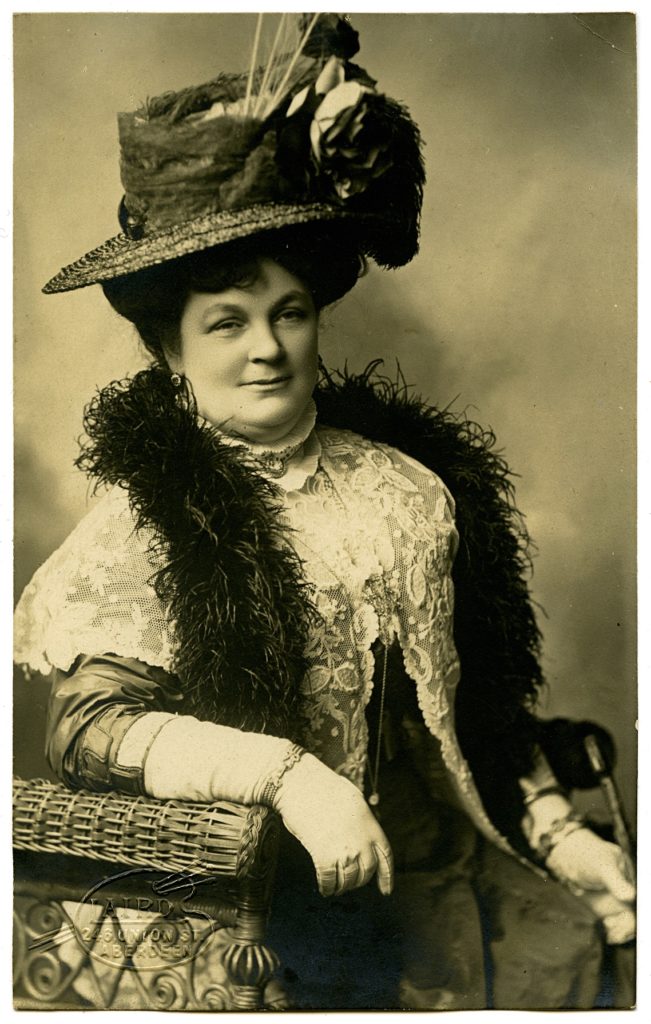 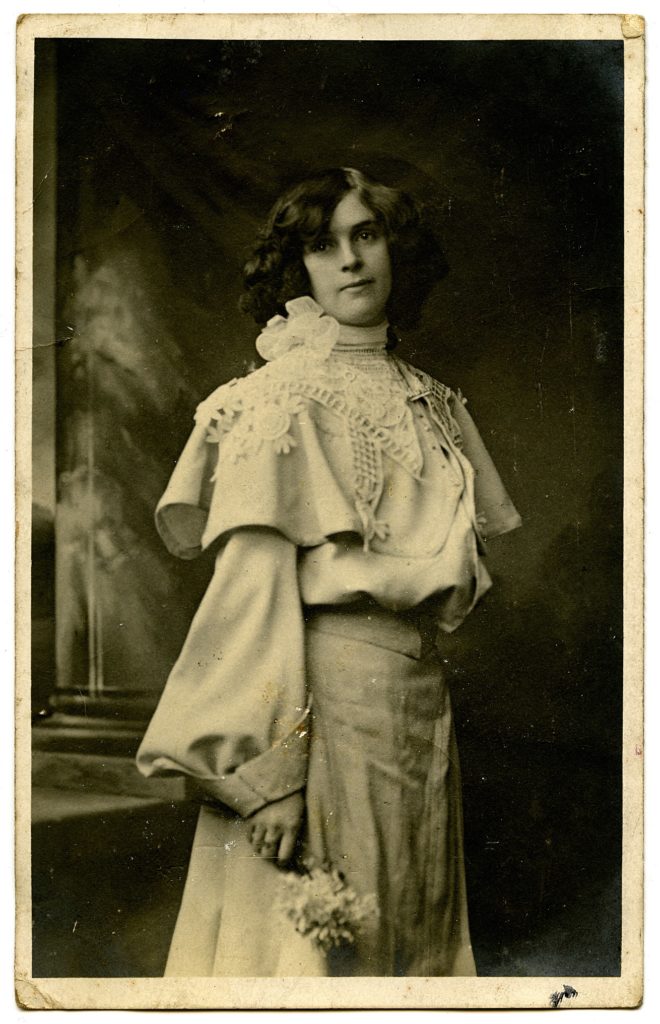 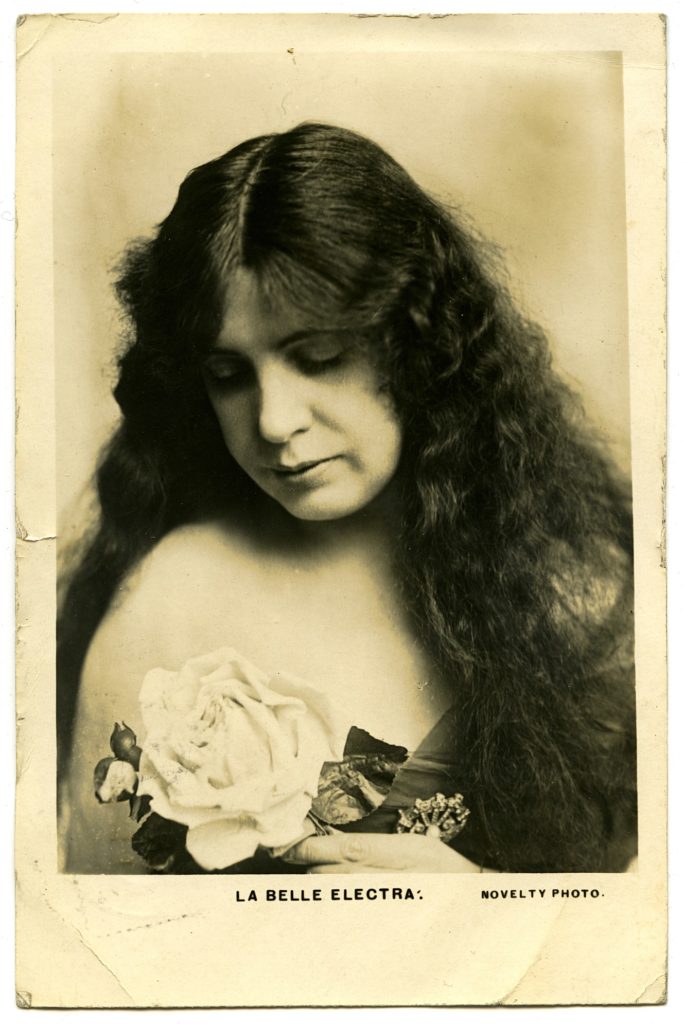 Electricity was still a rarity at this time. The general public believed it to be a strange force that could kill, revive the dead or do any number of mysterious things. So, it was this cryptic force that Walford Bodie first used in his show at Stonehaven in 1884. 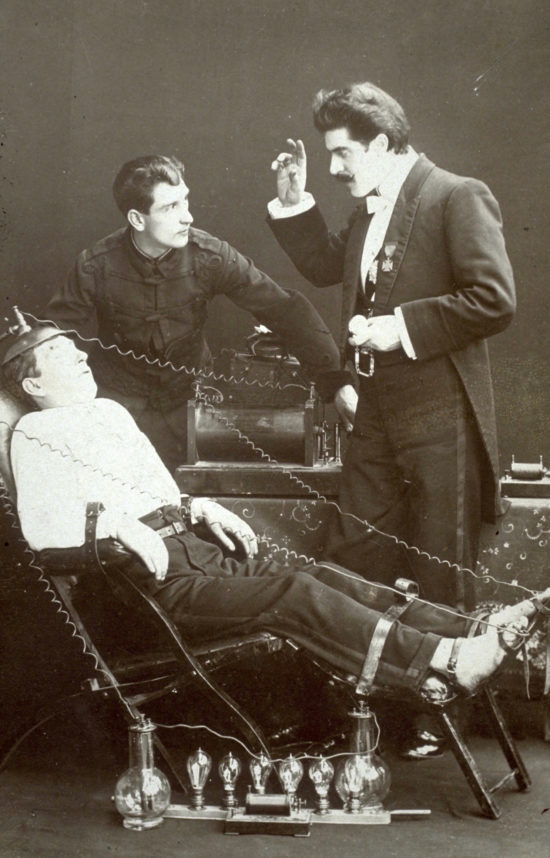 By around 1900, Bodie was advertising himself as a ‘bloodless surgeon’, curing people of whatever ailed them. He also adopted the prefix Doctor and added the letters ‘MD’ after his name. However, this angered the medical profession who called him a quack, and he was taken to court in 1905.

Bodie lost the case and was told he had to stop using the MD. But he did continue to refer to himself as Dr Walford Bodie. In addition to that, he signed a sponsorship deal. This resulted in The Bodie Electric Drug Company of London, which produced cure-all ‘medicines’ including ‘Dr Bodie’s Famous Electric Liniment’ and ‘Dr Bodie’s Renowned Electric Life Pills’. 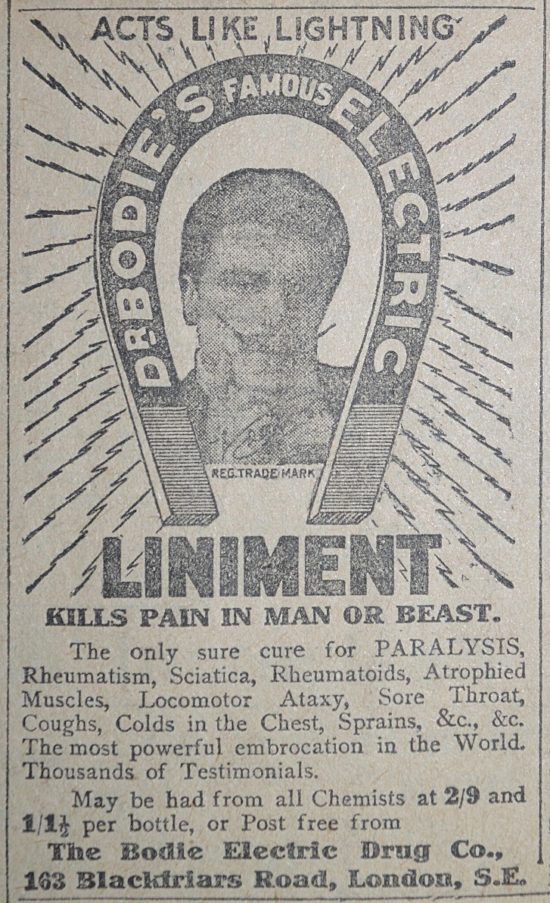 ‘The Bodie Show’ played in venues, large and small, across the UK, making Bodie nationally and internationally famous. Charlie Chaplin impersonated Walford Bodie with a travelling company called Casey’s Court Circus in the early 1900s. Later, in Hollywood, he revived this act on film. Bodie’s friend, Harry Houdini, gave him a ghoulish present in the form of the electric chair used in the first execution-by-chair at Sing Sing prison in Ossining, New York.

At the height of fame, Walford and his family settled in Macduff. They commissioned the architect Alexander Marshall Mackenzie to design a new house along Skene Street. The Manor House was built in 1905. 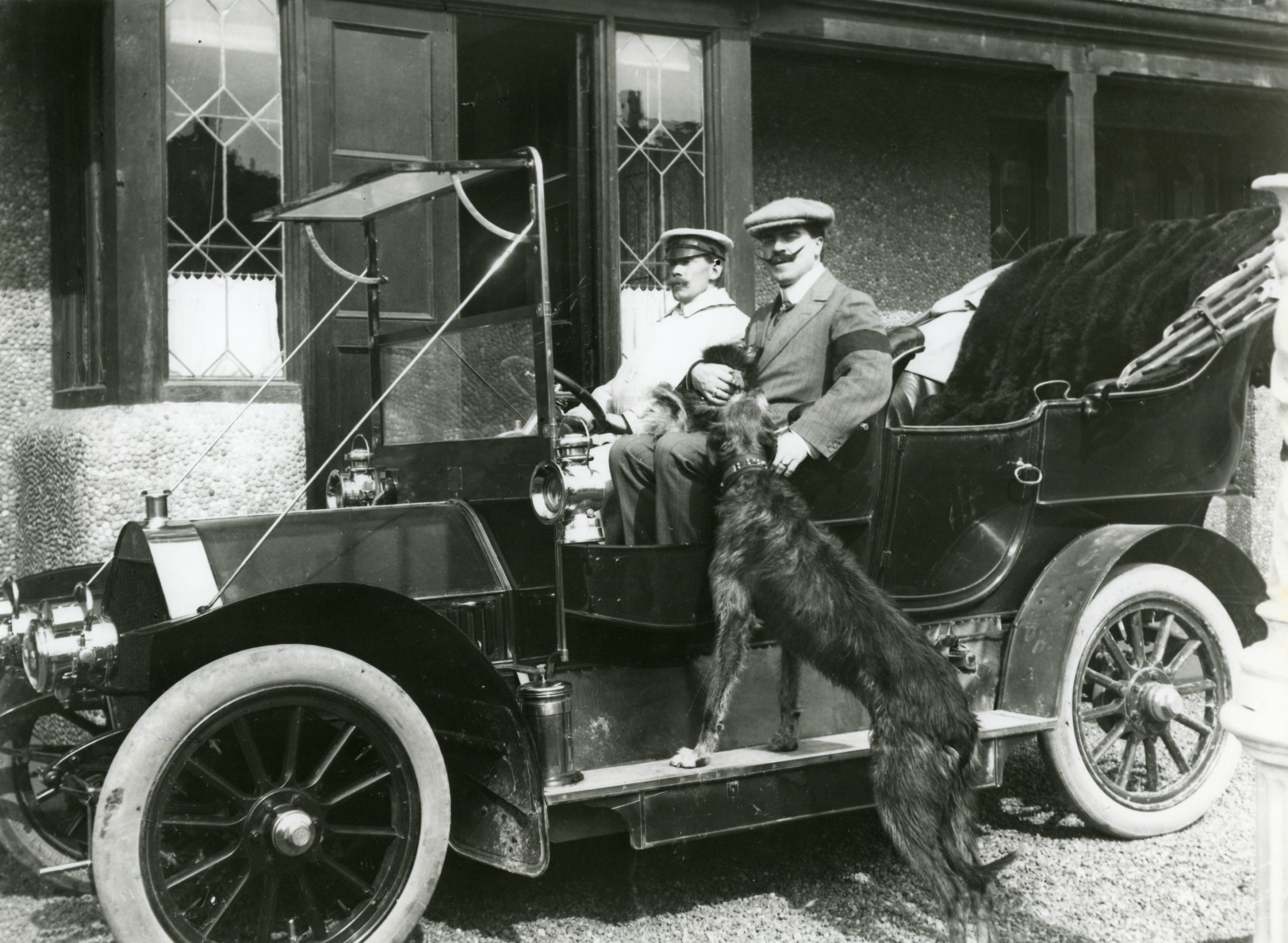 The Bodie Fountain in Macduff was listed in 1990. At the time of listing the fountain was located along Duff Street, parallel to Skene Street. The fountain was moved in 2009 to the Maritime Garden on Crook O’Ness Street, close to Macduff harbour. The listed building record was updated to reflect this move in December 2020. 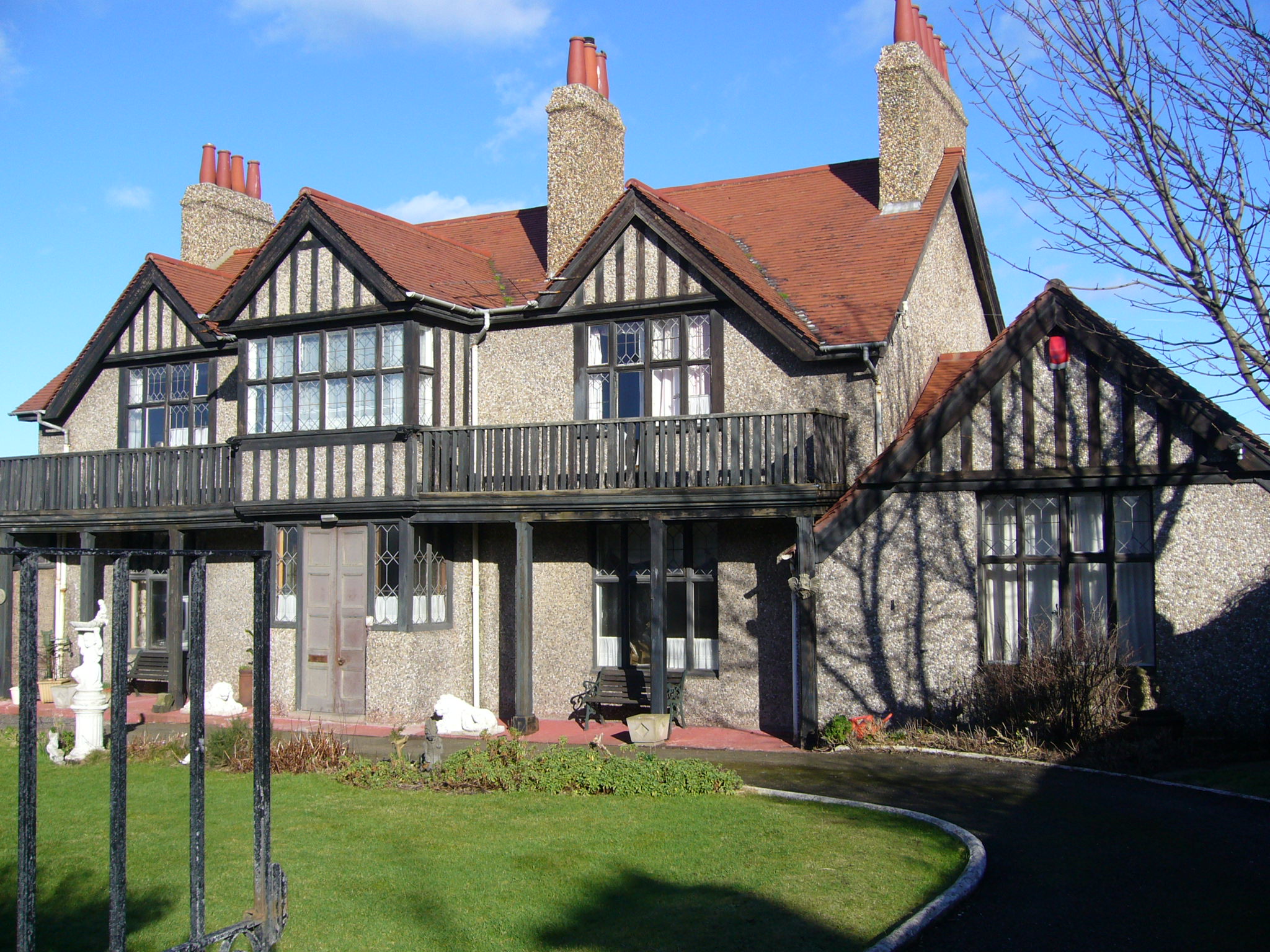 If you enjoyed this blog by Rachael Bowen, why not catch up on her other blogs?

The Story of Carnegie Libraries explores the development of public libraries in Scotland and the legacy of Andrew Carnegie, the millionaire who believed access to libraries was key to his success.